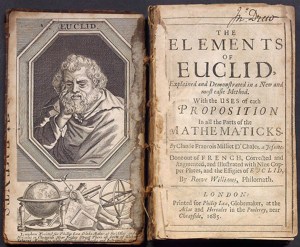 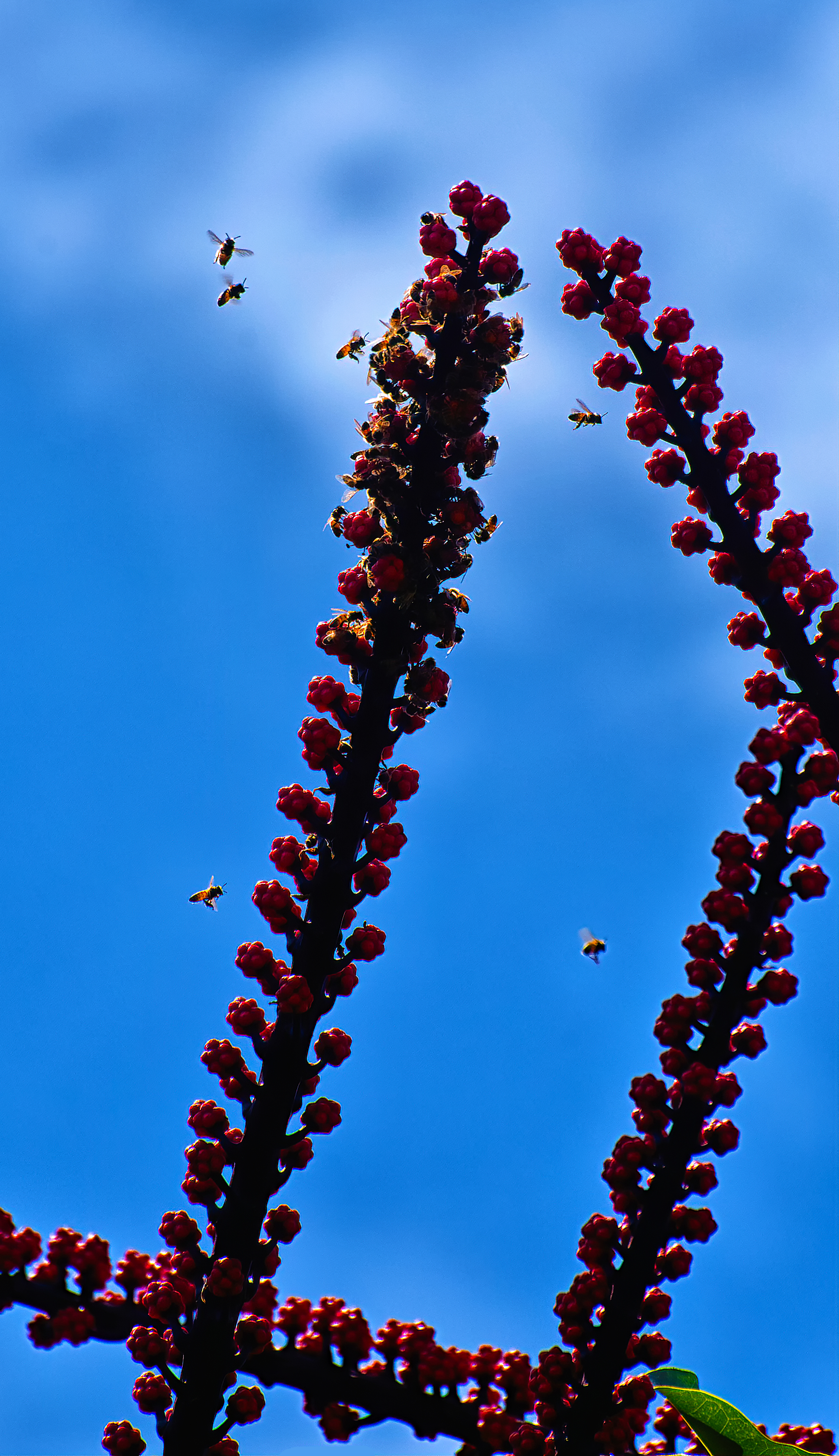 1. The original experiment, from about 1920. It demonstrated that the apparent meaning of a filmed scene derives not from its component images but from what filmmakers call montage: the relation of the images to one another. There’s only one repeated clip of an actor emoting, but montage leads you to interpret the emotion variously as hunger, grief, or lust.

3. Montage: an image appearing to show response. It did help me understand my own response. 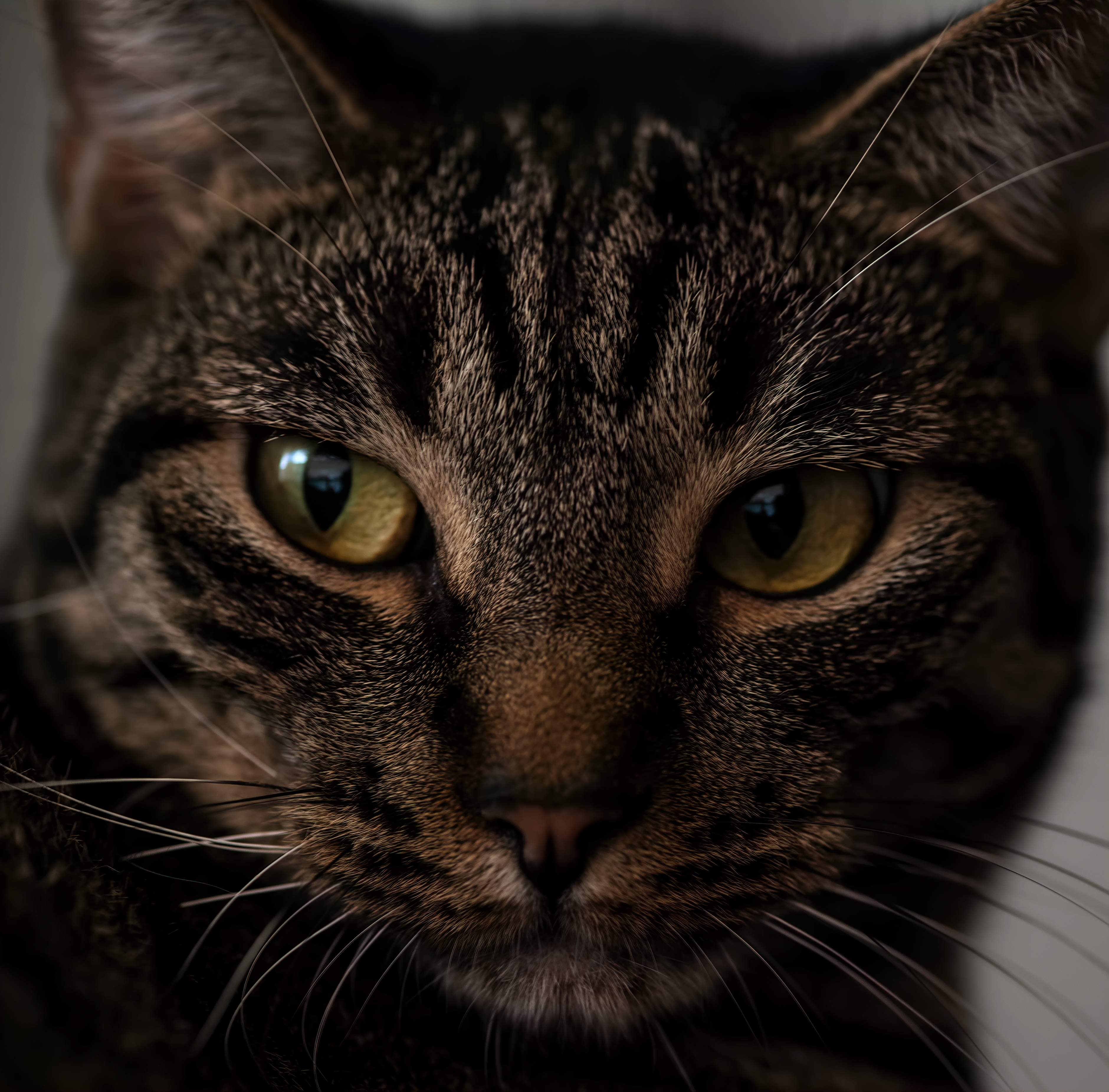 .
Blue in a historical context: 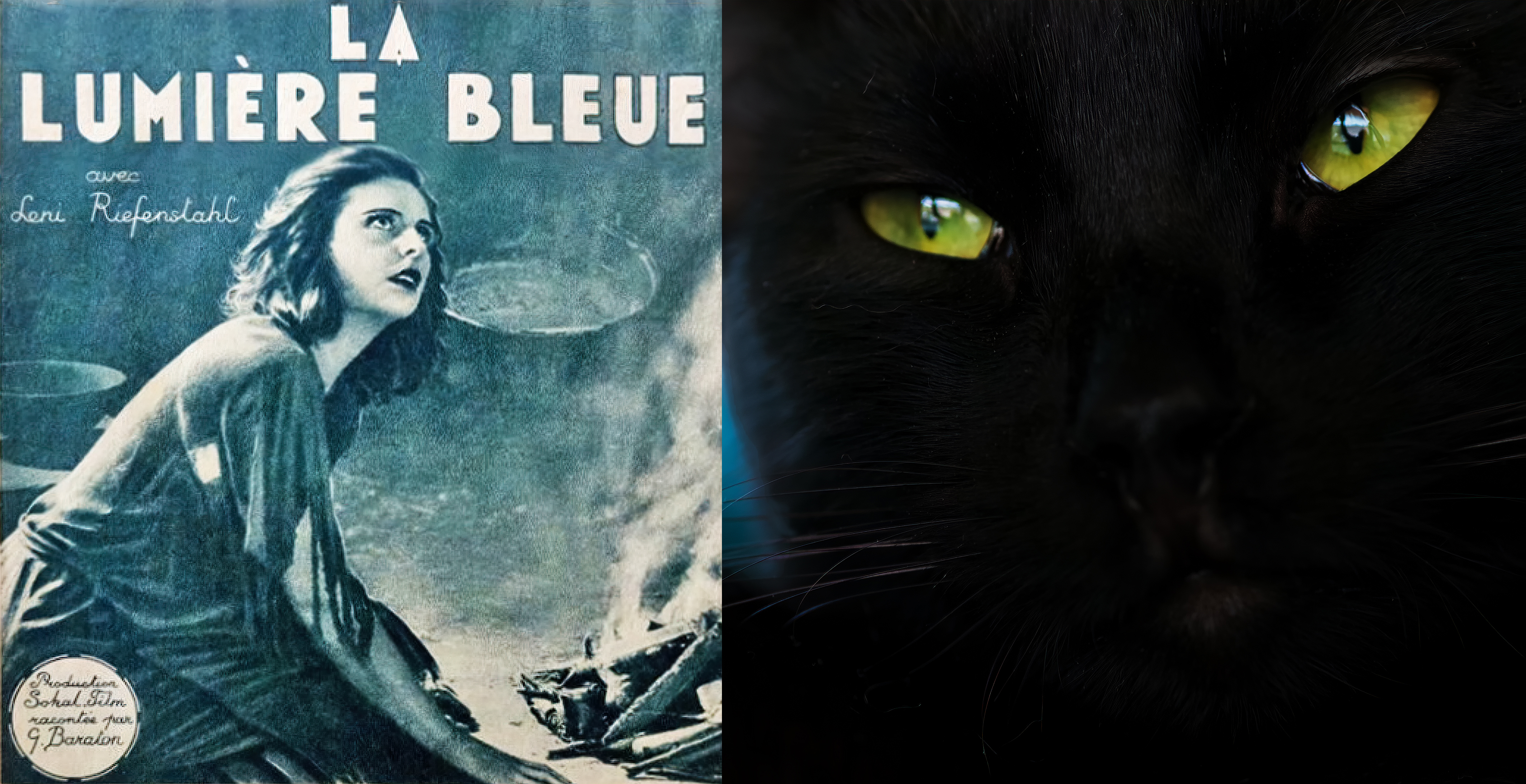 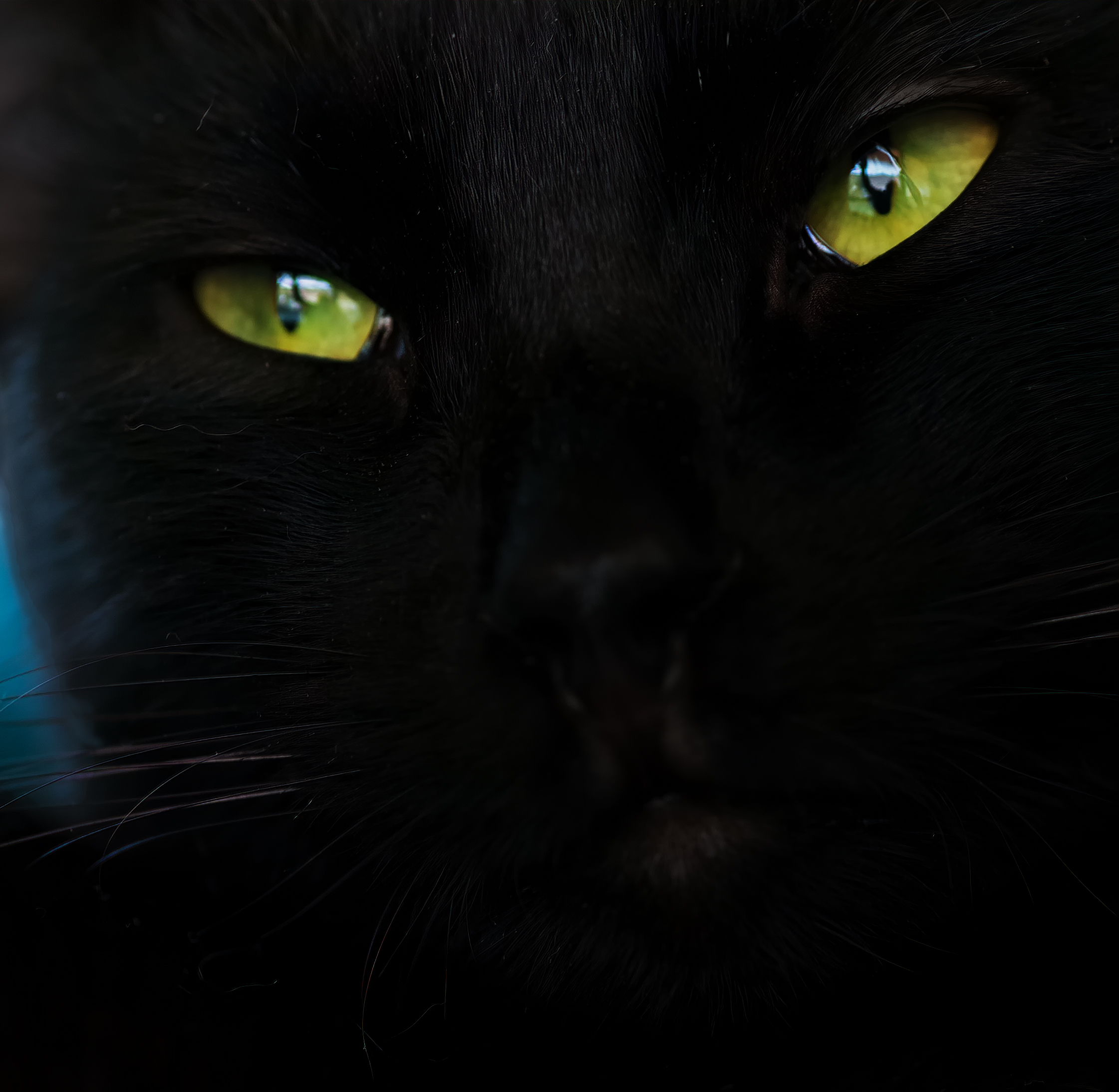 In grateful memory of Susan Sontag, author of “Fascinating Fascism.” 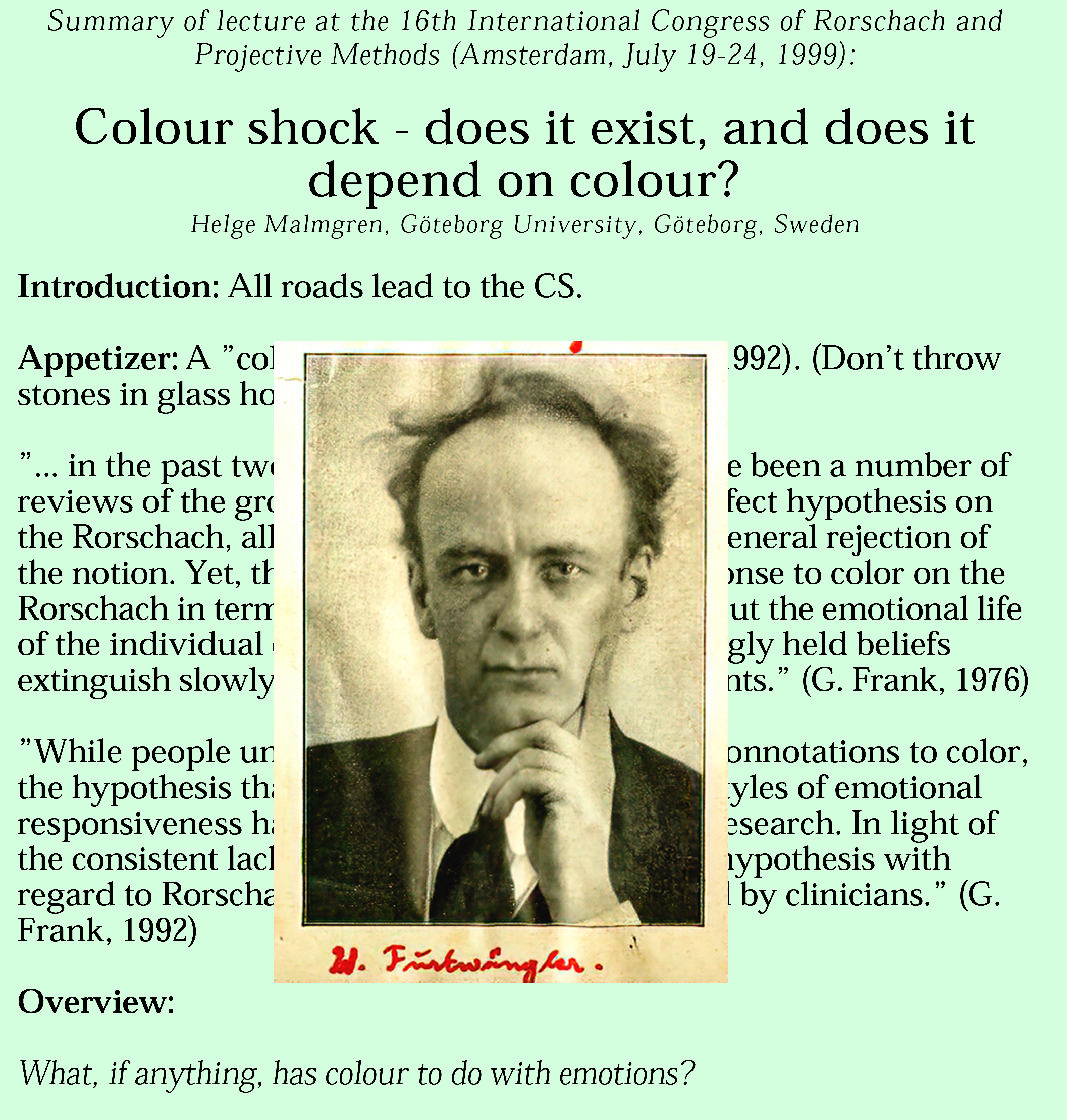 The article about the Rorschach inkblot test and its surprise late-sequence transition from black to color is online at http://captainmnemo.se/ro/hhrotex/rotexcolour.pdf. The undated, unattributed photograph of Wilhelm Furtwängler is in the Landesbibliothek Mecklenburg-Vorpommern, https://vzg-easydb.gbv.de/object/30eaad07-8e97-4875-a003-f3a5dbddd5b1. I’ve reversed some of its color decay.

For coloring in your own emotions, you might try this tool. It was made in a factory under the auspices of Strength through Joy (Kraft durch Freude), the Third Reich’s recreational and community-building arm. Under what auspices, do you think, could one of these black-and-white faces be retooled into yours?

Satie and Brancusi are the composer and the sculptor. History has decided on their behalf that they need no further introduction. Differing from each other as to hat and beard, they partake differently of their culture, but they occupy the hat-and-beard part of it in common. A century afterward, you too can know what they were doing with their hatted and bearded selves outside the image, and what that meant then and means now. There’s no need to ask permission; the request was made and granted before you were born.

But unless you’re a specialist, Quinn will need to be introduced. A lawyer who hated his work but made it useful to some modernist artists whose work he loved, he lives on in history honorably but secondarily, only as an annotation. Speaking not Quinn’s language but history’s, Quinn’s specialist footnote will say to us, “Quinn was one of the patrons who made James Joyce’s language possible.” It’s an explanation not worth trying to understand unless you already know James Joyce’s language.

And the tall man on the right? To the extent that Henri-Pierre Roché, 1879-1959, may be known outside France, he will be probably be known as the author of Jules et Jim, ostensibly a novel with a title seen at speed as a historically famous movie’s credits roll. But in its pages offscreen, Jules et Jim is less a fiction than a fairy-autobiography: an aesthetic construction about the more or less actual Roché, the more or less actual German writer Franz Hessel, and the woman they both loved.

By contrast, the words embedded in this dust jacket demonstrate that their own tale (subtitled “The Woman who Loved Jules and Jim”) isn’t a story of a more or less actual Helen Hessel (“Helen, die Frau”) but instead a story of a Helen-image projected optically onto a screen. According to that story, the words Jules und Jim printed on their paper are only indices referring statically to a picture seeming to move.

But of course the moving picture has a soundtrack vocabulary, and a vocabulary is a multiplex always undergoing changes of the words through which it means. Franz Hessel’s parents were Jews who converted to Lutheranism, but that change reversed itself when the time came for their son to die in a Vichy concentration camp. Conversely, you and I probably wouldn’t be reading about Henri-Pierre Roché now if François Truffaut hadn’t happened to supplement our language in consequence of picking up a copy of Jules et Jim in a second-hand bookstore (Mary Blume, “The Secret Lives of Jules and Jim,” New York Times 25 April 2003, https://www.nytimes.com/2003/04/25/style/IHT-the-secret-lives-of-jules-and-jim.html). And history can’t do a thing about any of that beyond turning up the lights in the archive, more or less at random.

But at least Photoshop is good about sliding the dimmers. So may I ask you to move to the bright side of the room for a moment and look with me at this Photoshop-renewed picture of a sex athlete standing head and shoulders above Erik Satie and Constantin Brancusi? In the image, he is in his own moment once again, and the story about the image is that when it’s annotated with words it seems to have been, just a moment ago, moving. The sense of movement will be an optical illusion, but while it lasts its Once upon a time words reverse themselves and seem to say what they once did say. Above us, once more, towers Henri-Pierre Roché in the knickered mode of 1923, and for him and for us the illusion is a word seeming to mean Now. 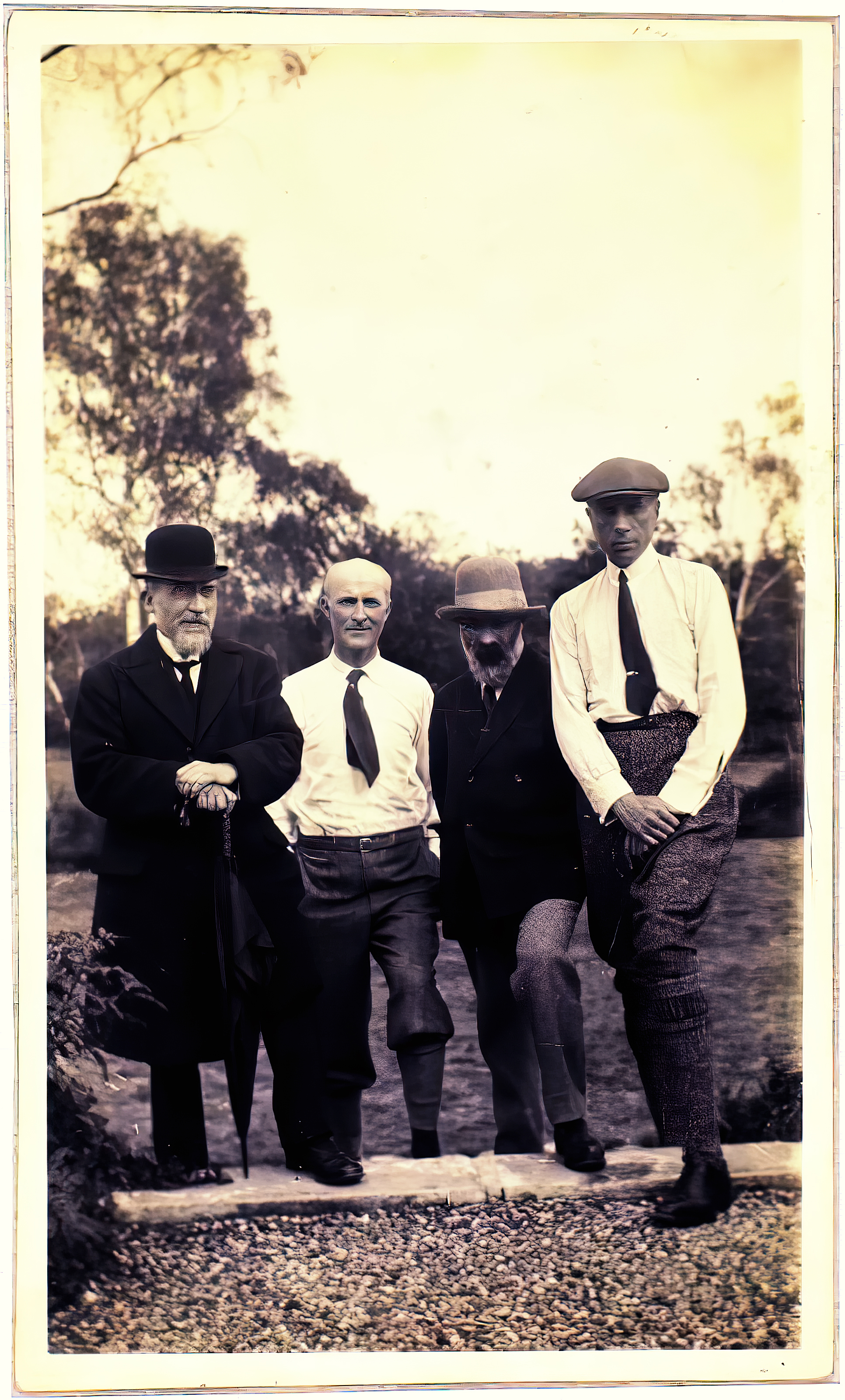 Strapped into a prosthetic technology, the eye can stop going naked. Hardening layer by layer, it no longer has merely to see. Now it can look. 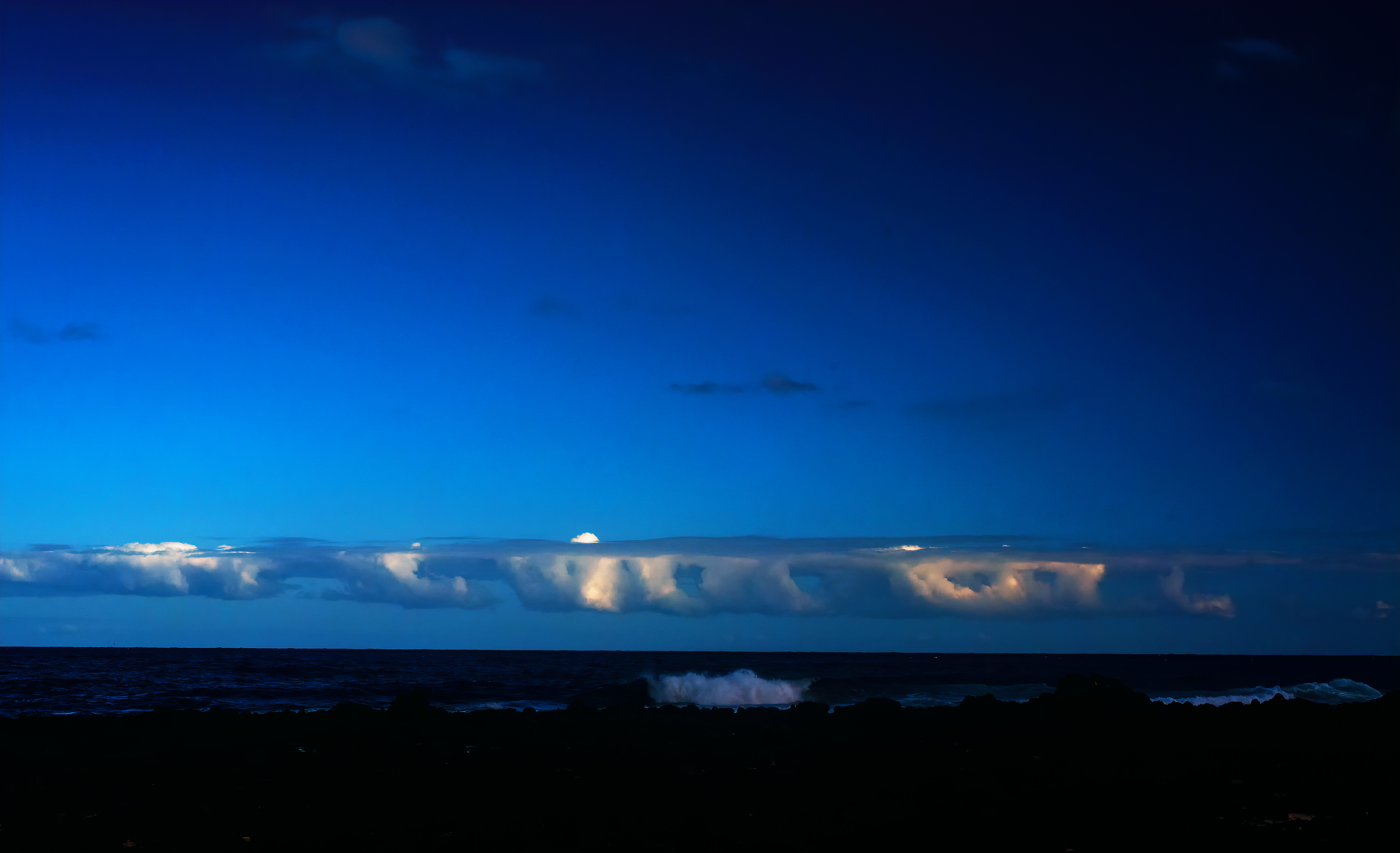 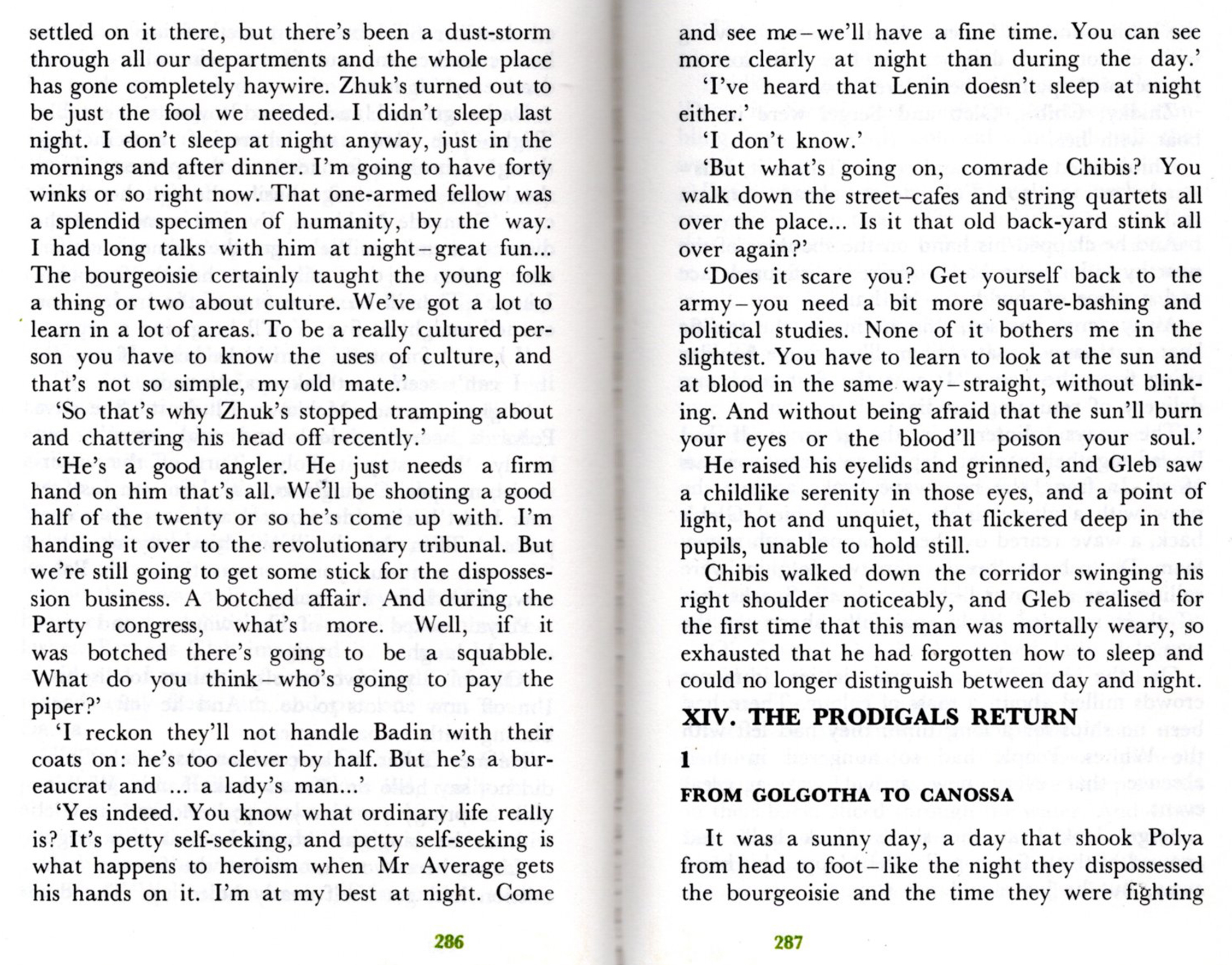 That’s because Mikhail Dlugach, the designer of the poster, did his work of envisioning under the lights of a different spectrum: one meant to illuminate a studio, not a library. Because they were created under that regime, the stairs that lead the eye upward from words to a smiling unspeaking face are Constructivist, and the shadow of the human that has been left behind by the ascent is Expressionist. The unspeaking face’s cosmetics too come from a silent repository: the cabinet of Dr. Caligari. But the dentistry that constructs its smile is the artifact of an aesthetic dating from long after the time of Tatlin’s tower and Wiene’s asylum. In fact, the poster suggests that the smile isn’t even attributable to dentistry. For that humble domestic science its scale is too vast. On the poster’s lavishly laid down slabs of color it erects itself like a heroic architecture, and as an architecture its relation in scale to the human it is not 1920s Expressionist but 1960s Brutalist. 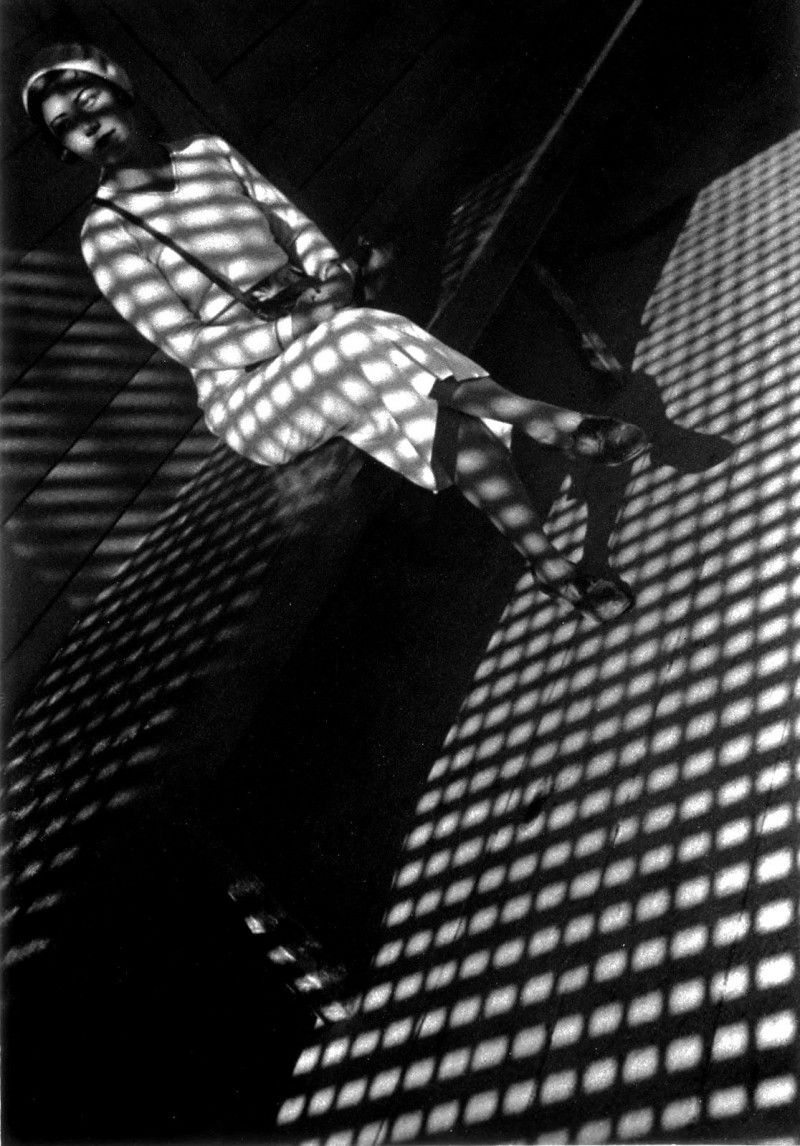 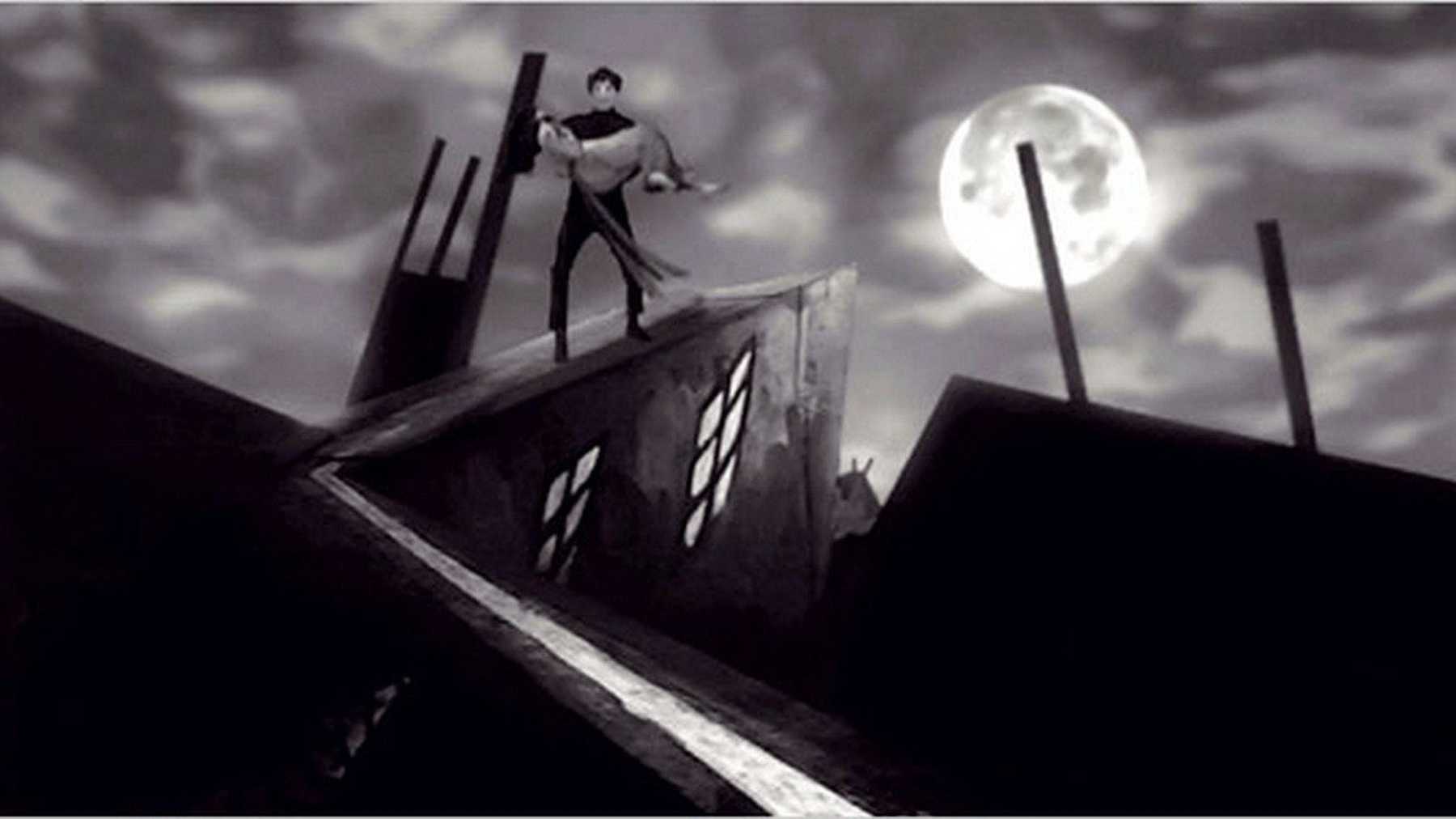 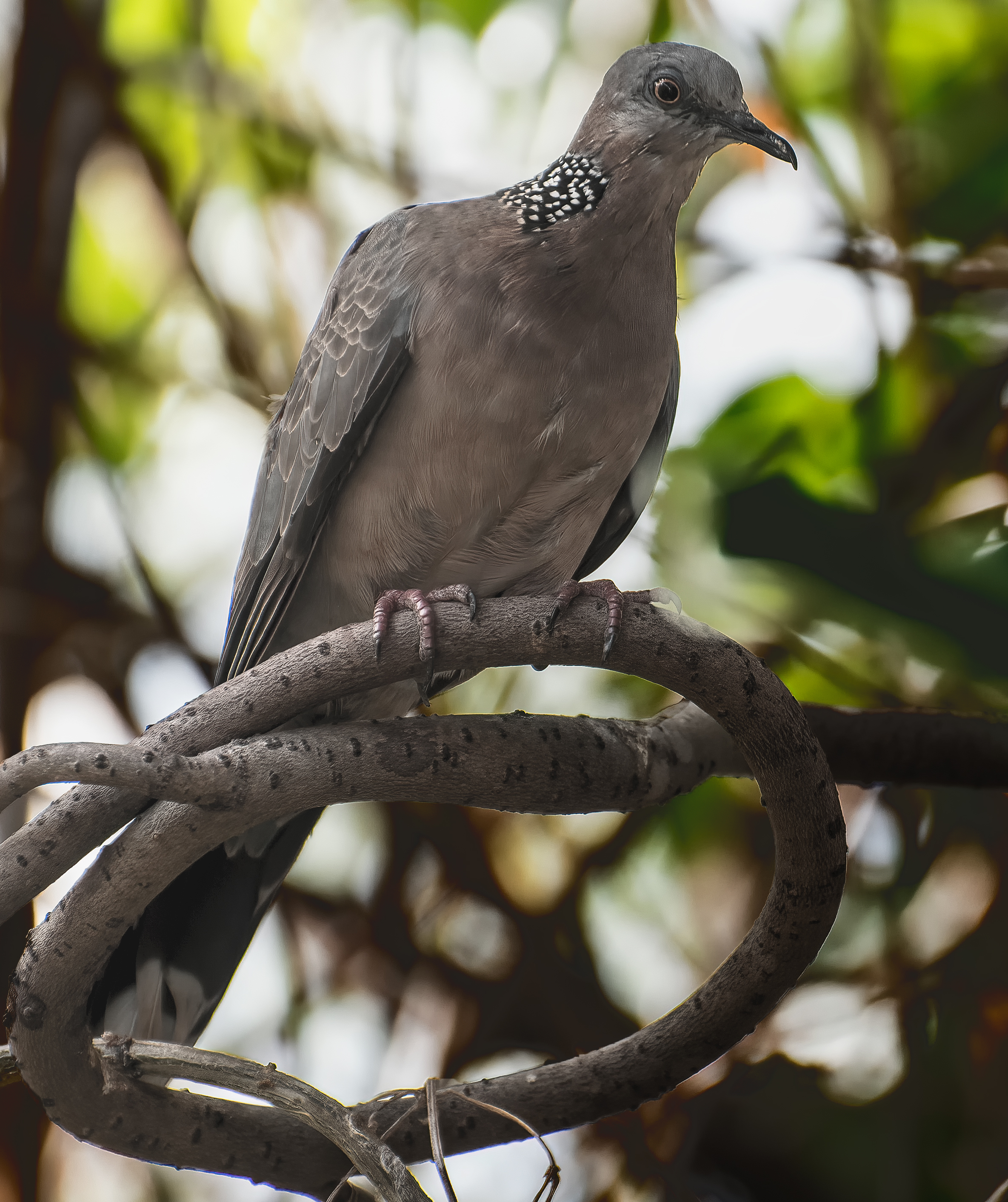