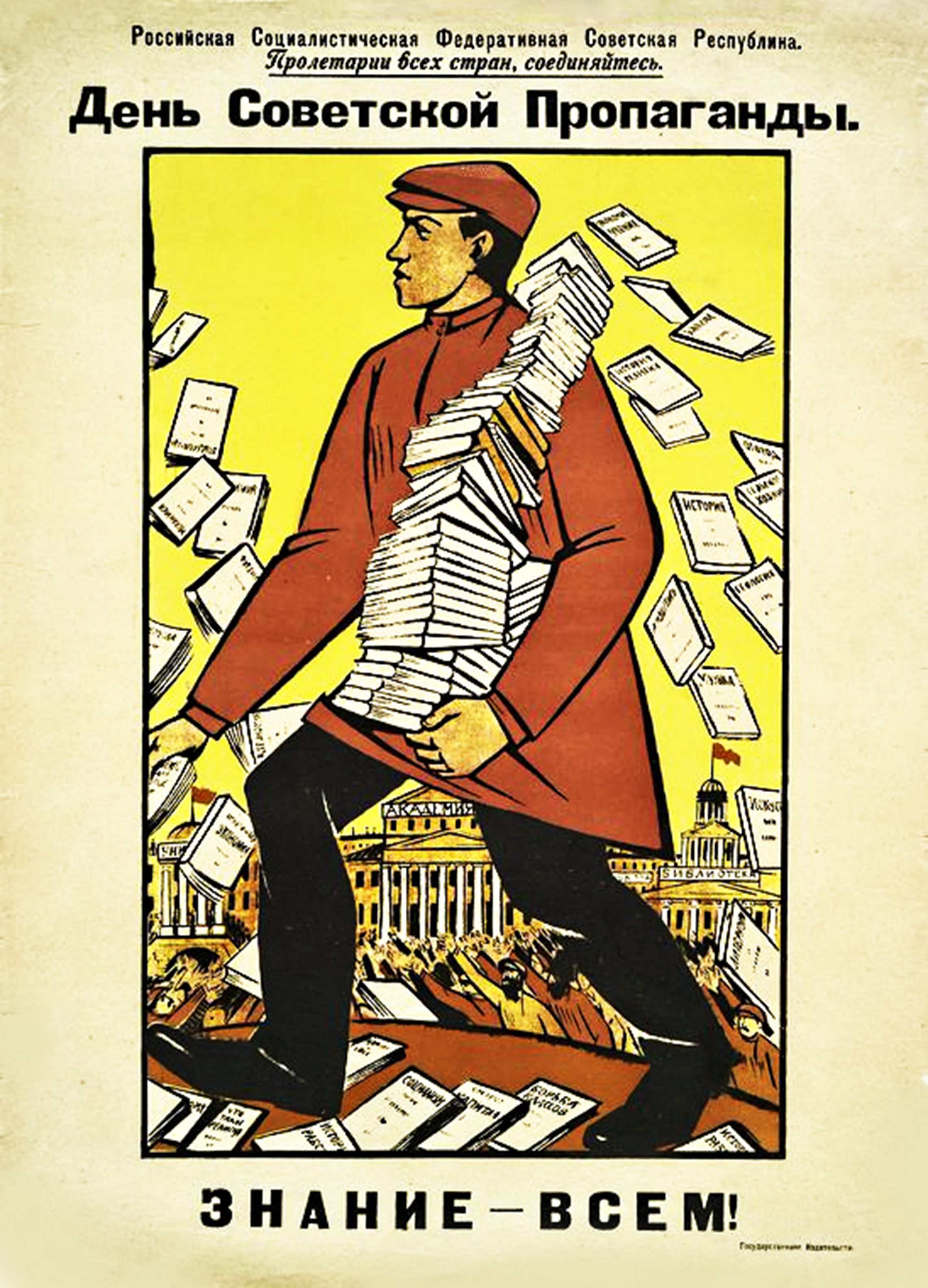 The headline reads, “Russian Socialist Federative Soviet Republic. Workers of the world, unite. Day of Soviet Propaganda.” The caption reads, “Knowledge for all!” The four books behind the librarian’s peasant-booted right heel are titled History of Bondage (or History of Serfdom), Socialism, Capital, and Class Conflict, and the book behind his left elbow is titled History. The names on the pediments of the buildings are University, Academy, and Library.