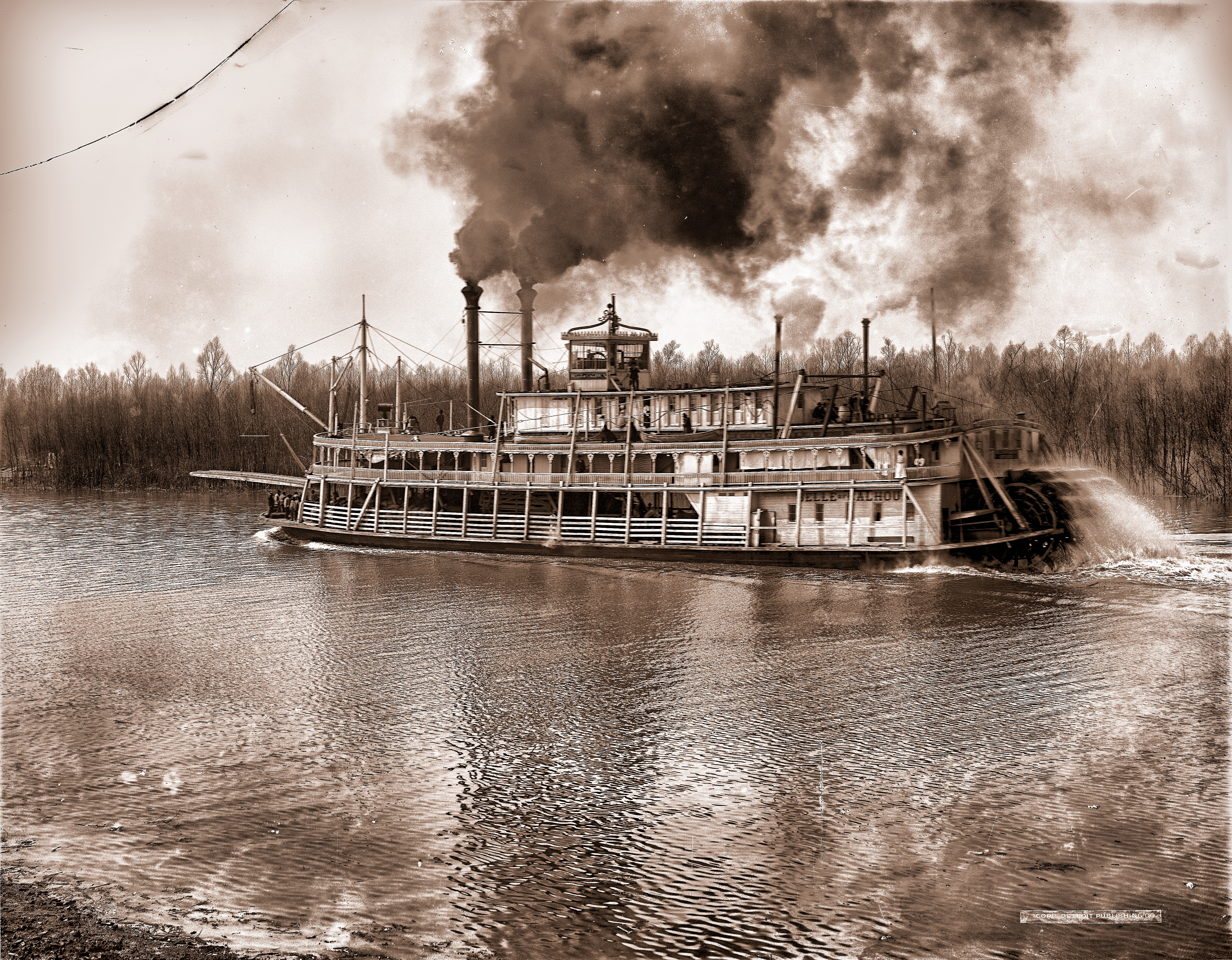 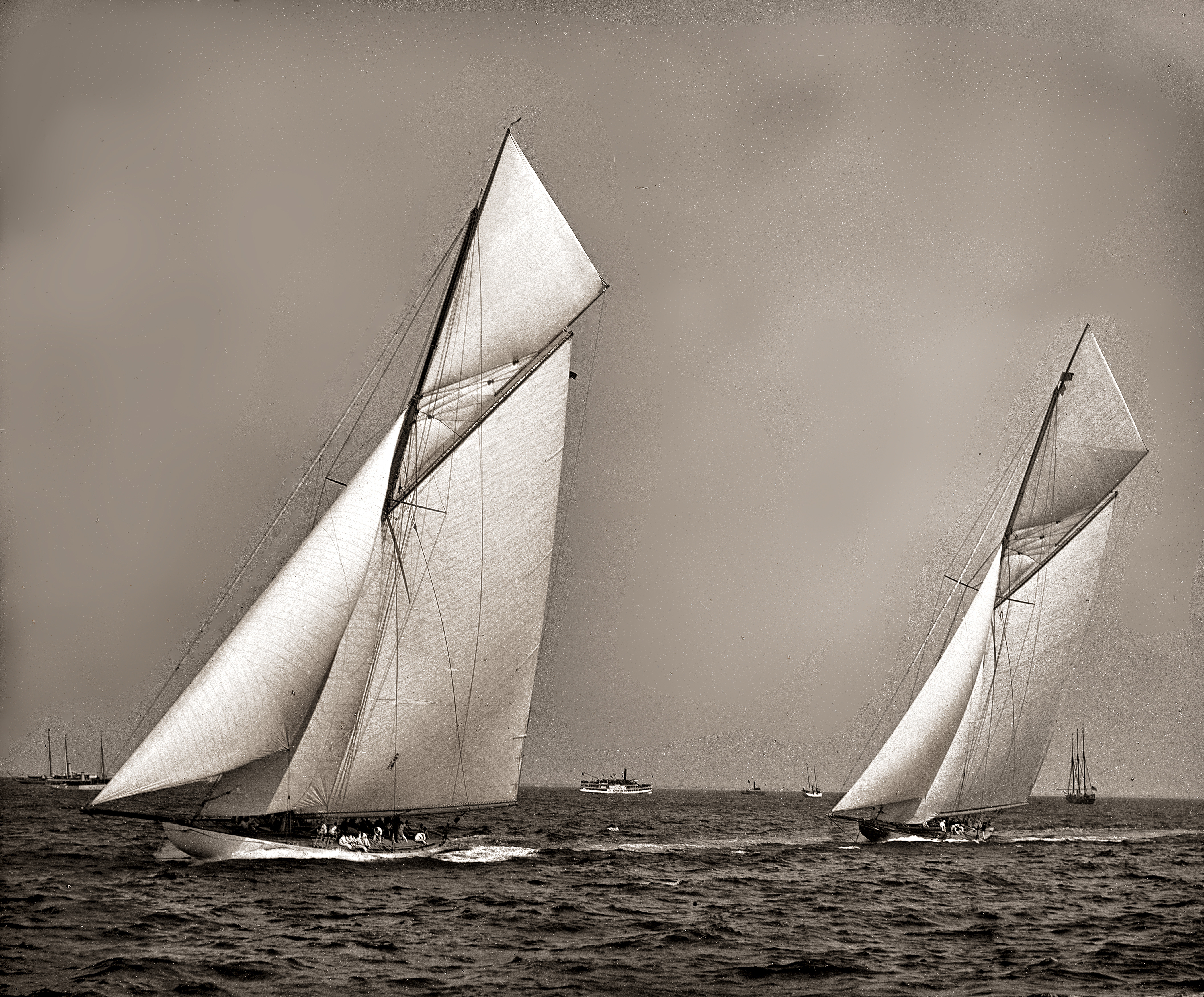 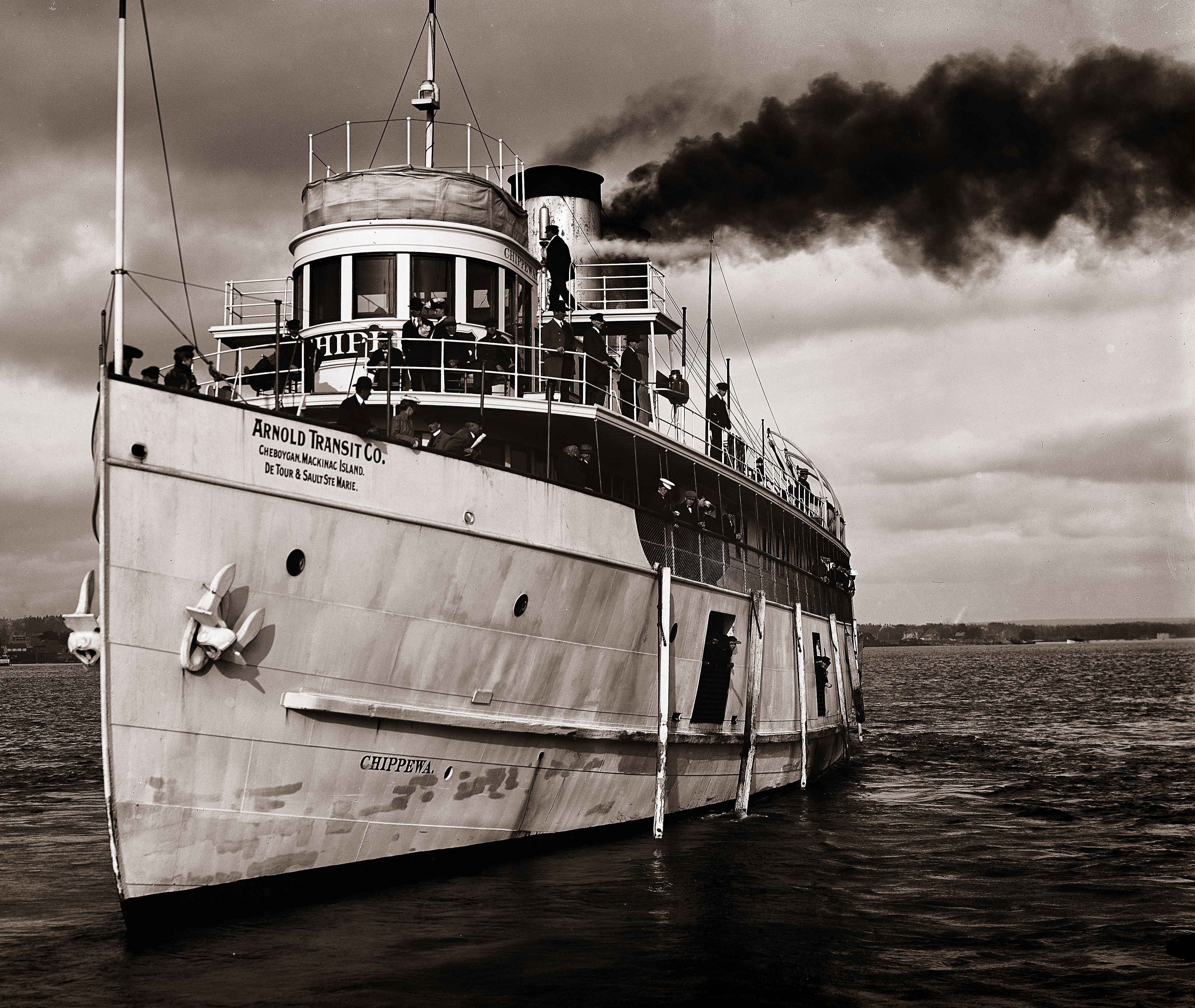 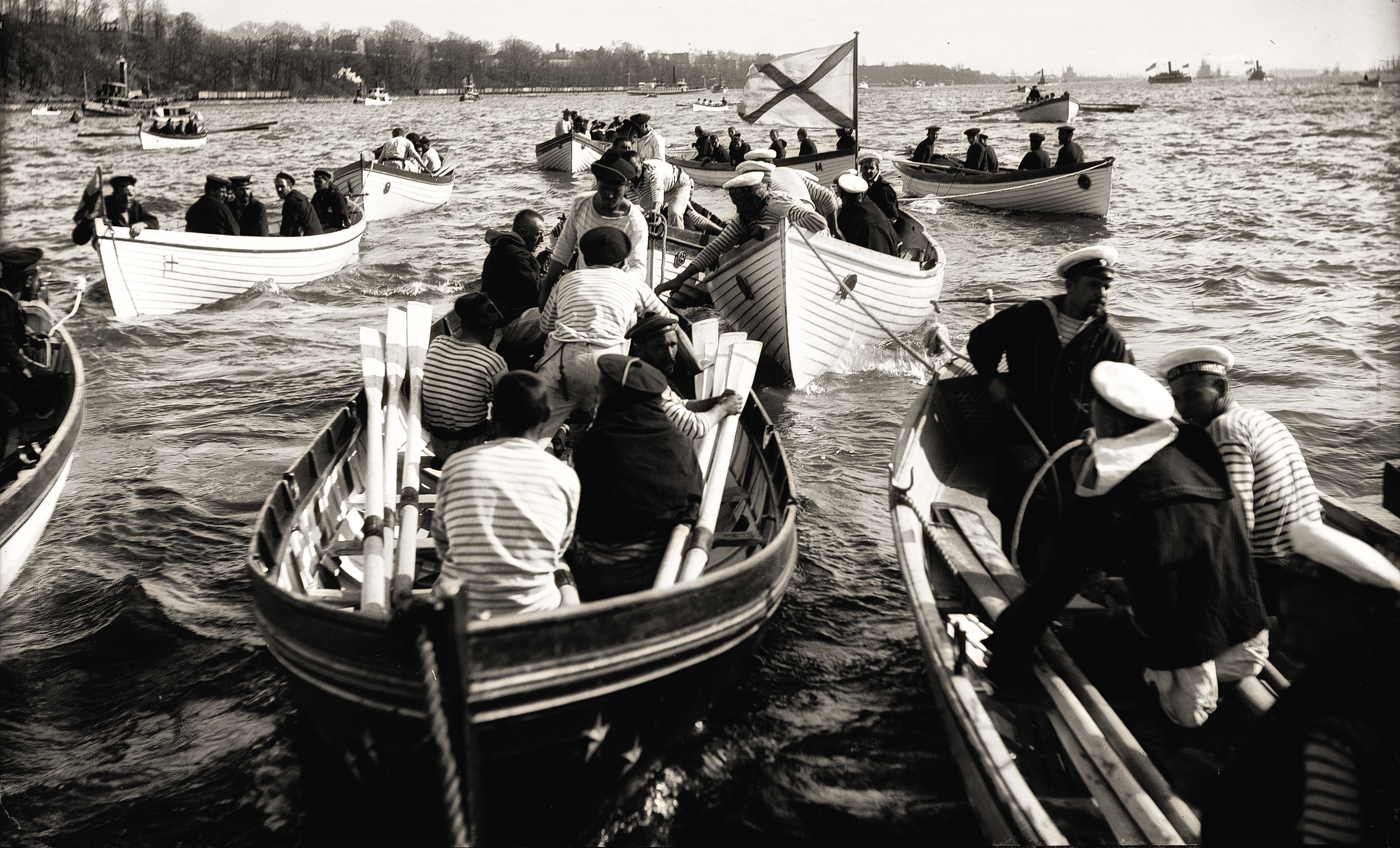 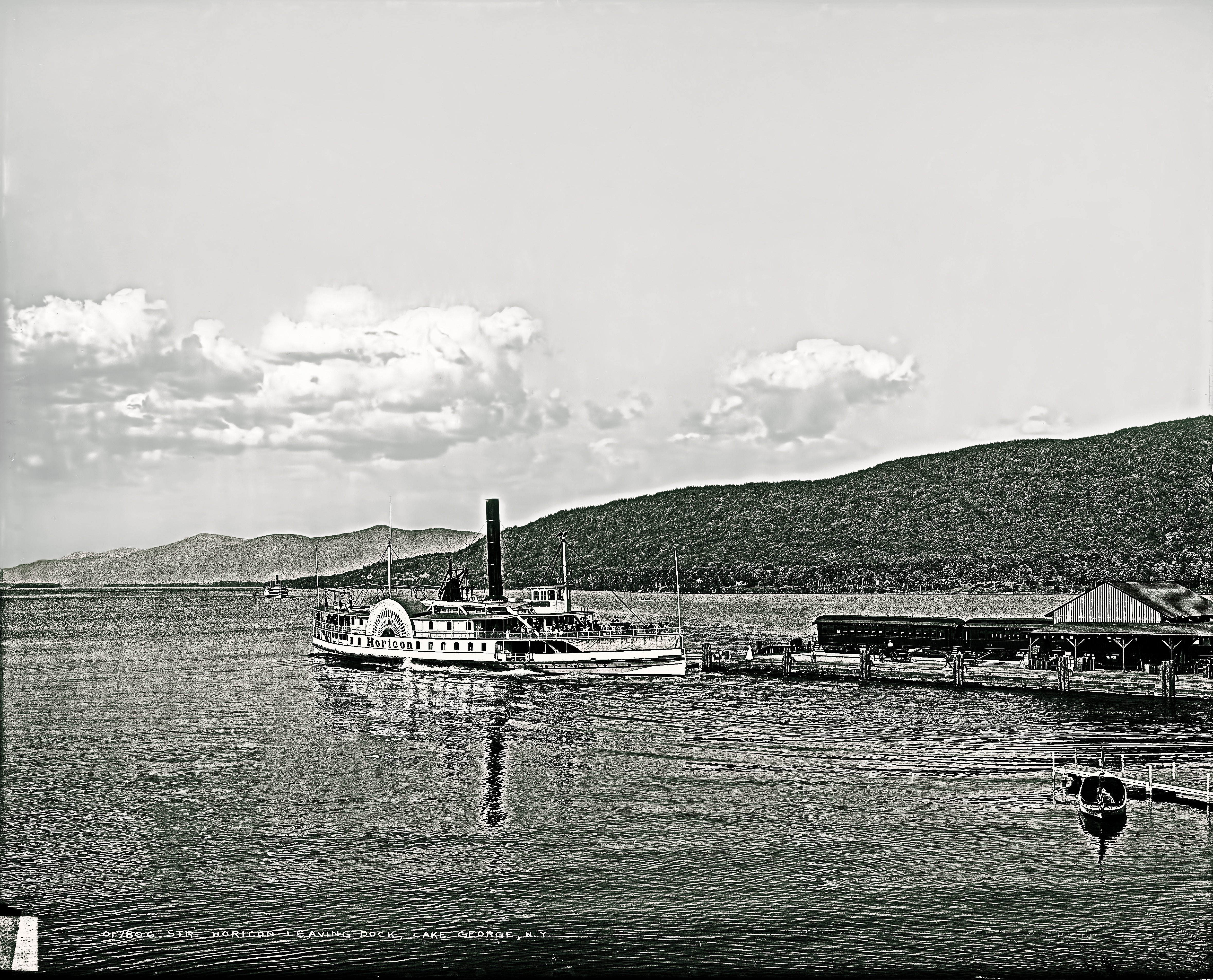 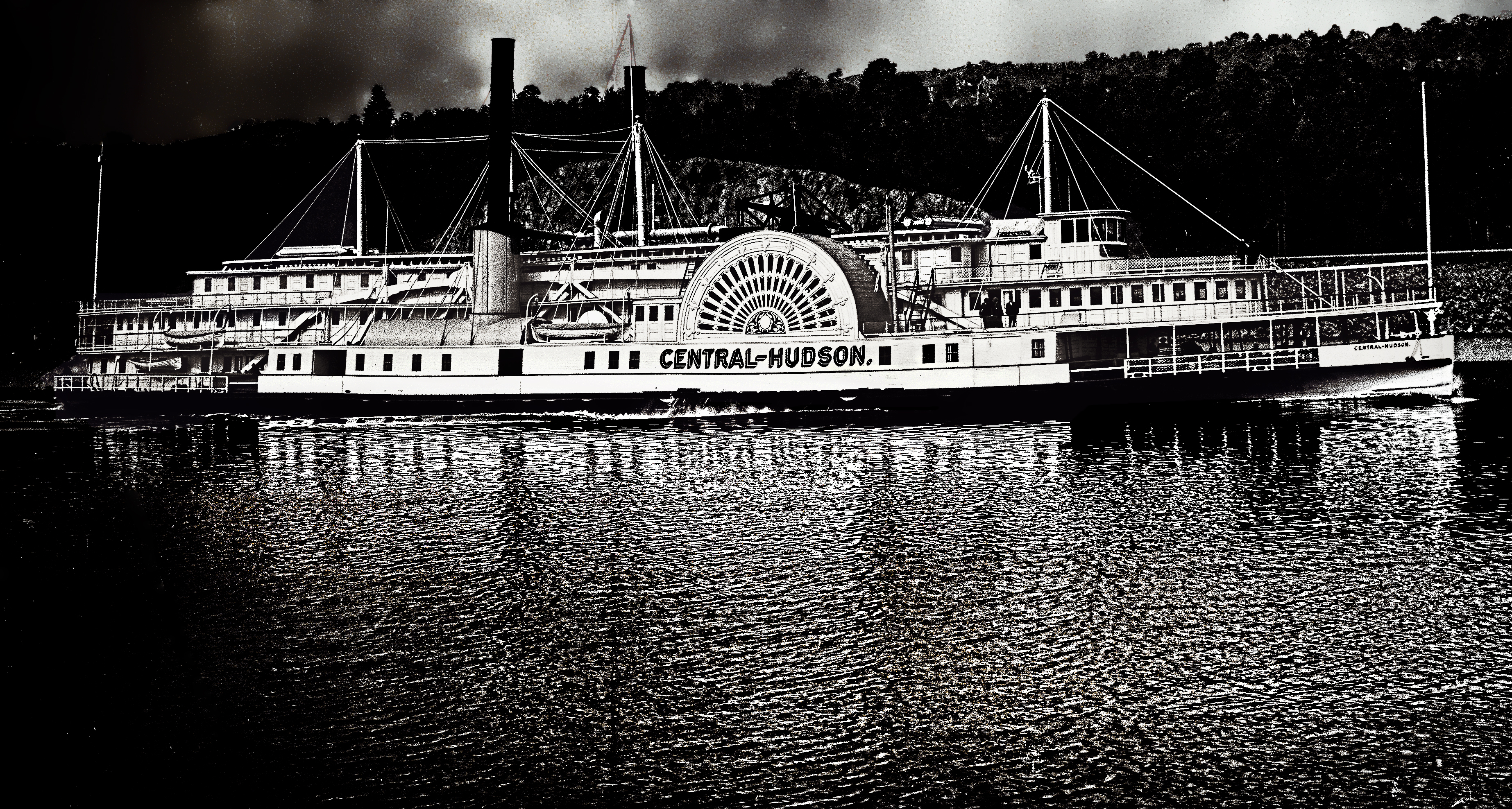 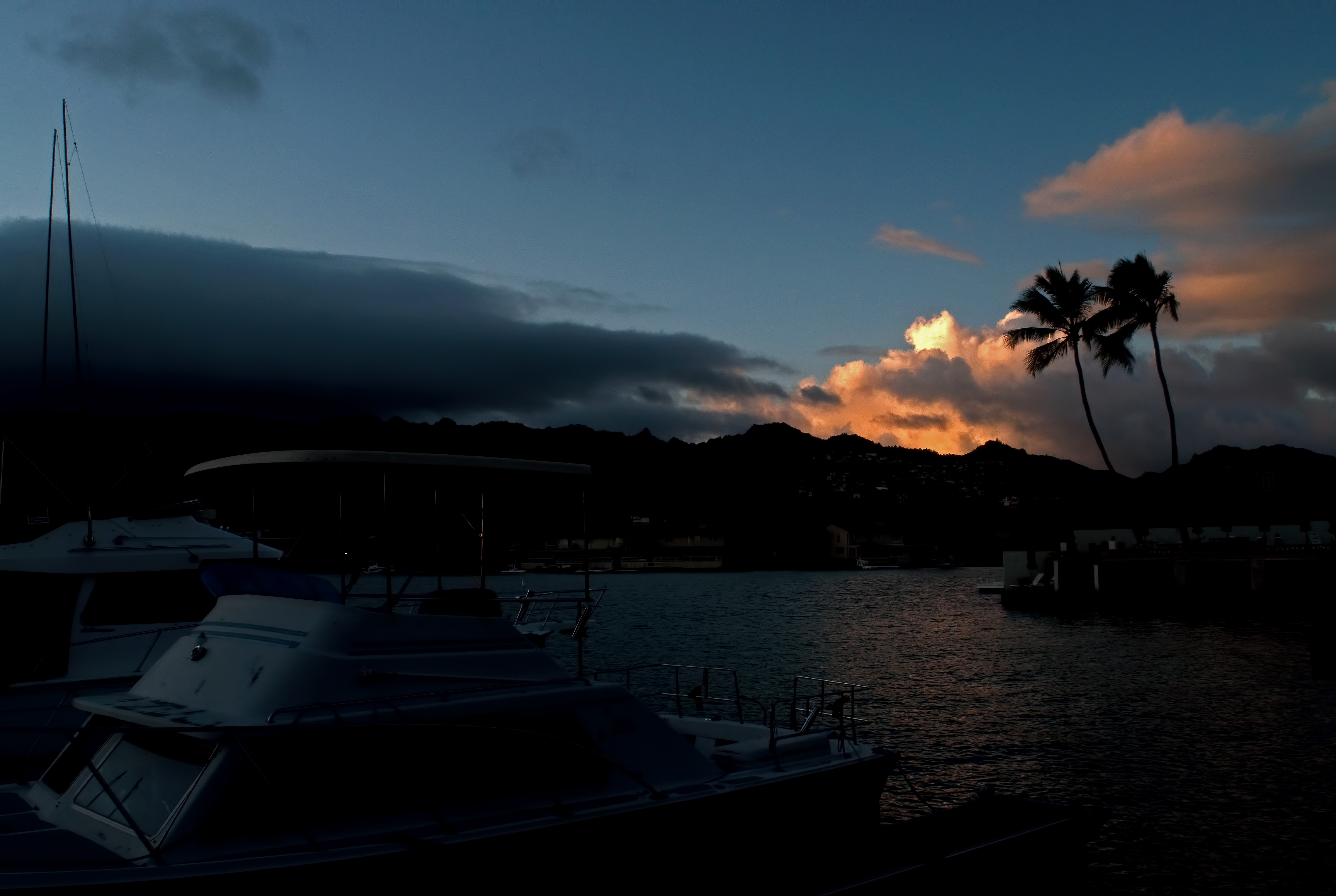 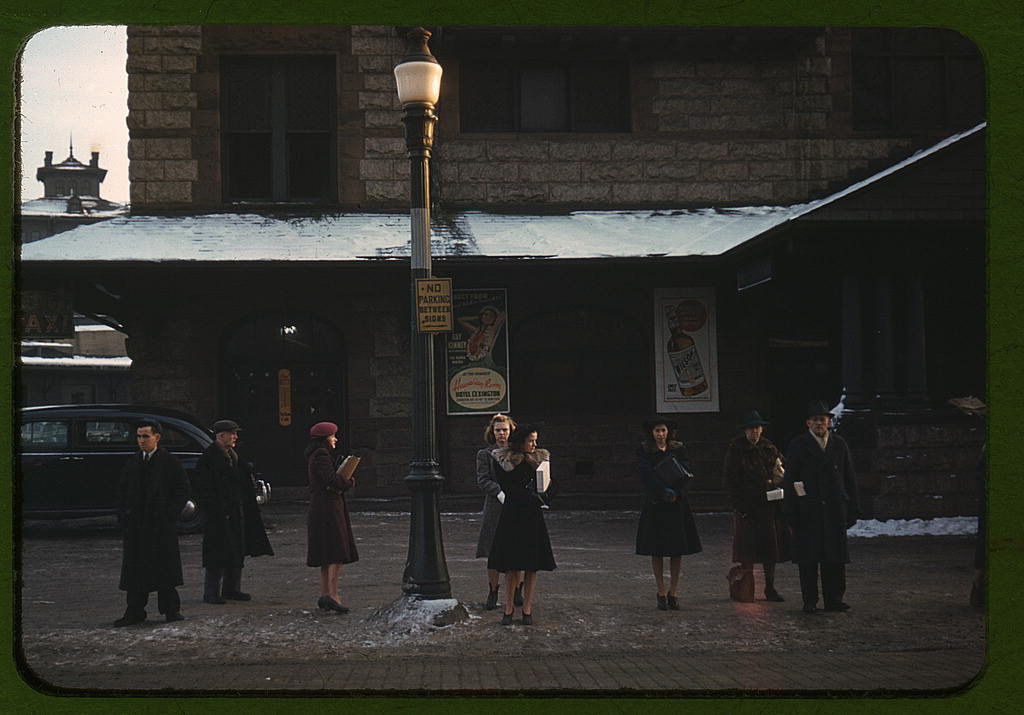 Jack Delano, January 1941,
“Commuters, who have just come off the train,
waiting for the bus to go home, Lowell, Mass.”
Library of Congress http://loc.gov/pictures/resource/fsac.1a33849/
Click to enlarge.

As if their picture with its rounded corners were an aquarium, the commuters are pressed against the image’s front plane. Their heights are almost uniform, and so are their colors and shapes: dark and boxy, in the somber fashion of their era. Behind them is a black wall, and behind that wall their train has gone away. On the roof and on the ground around them, the snow will never melt. Off to the right of the frame, their bus will never arrive. The winter light is dying along the shaft that bears an unlighted lamp. It is the only part of this composition that is not exactly like every other part. The image has allocated its space with absolute uniformity. Nothing in it will ever change again. A dark afternoon has become forever. 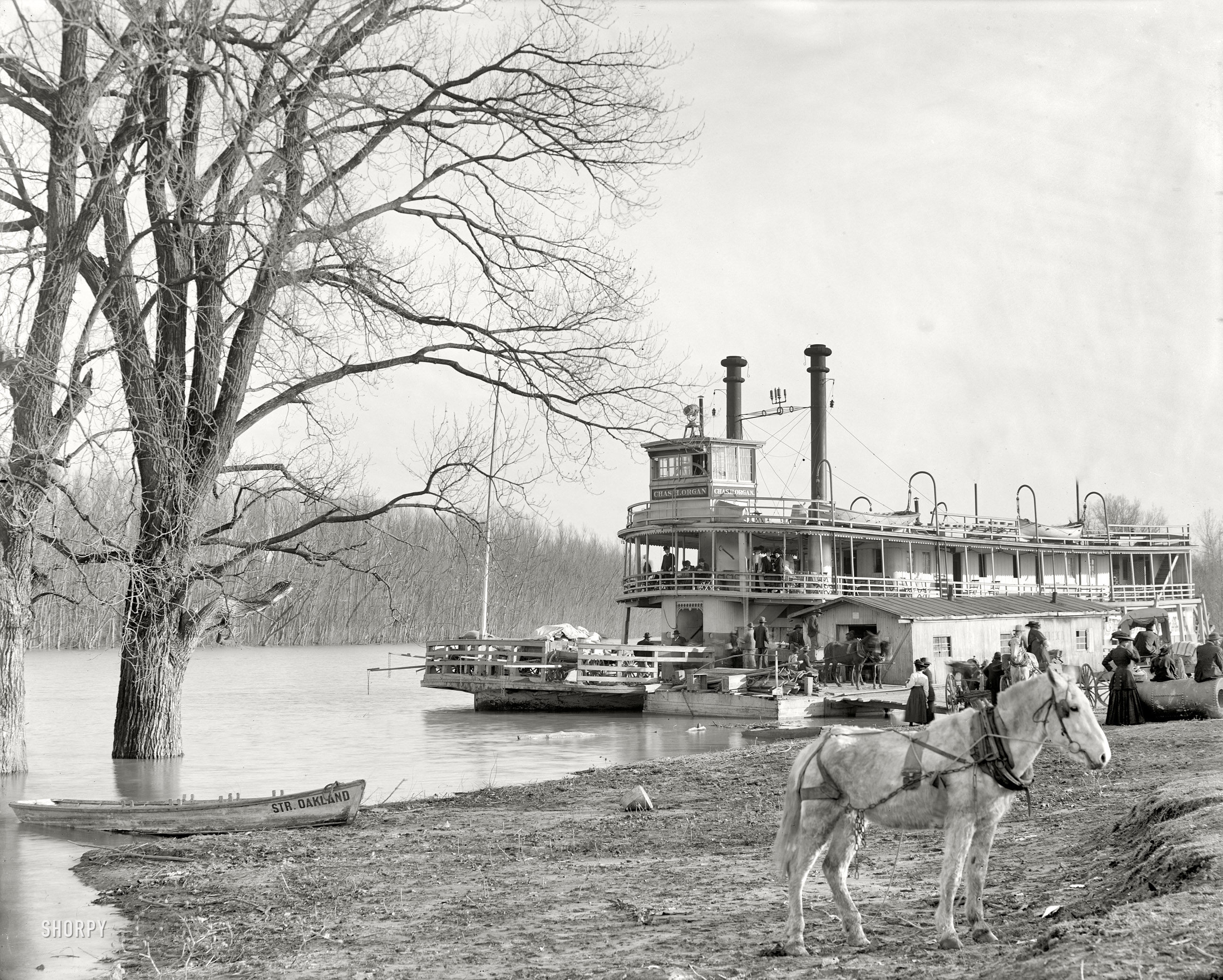 Here in parallelogram-shaped Tennessee, the right side of what you see is human bustle. The man sitting on his boiler is paired off with a woman dressed like a clipper ship under studding sails, and the horse who is looking on is ready to leap into motion.

Just behind them, their picture world is busy with another motion: up and down. 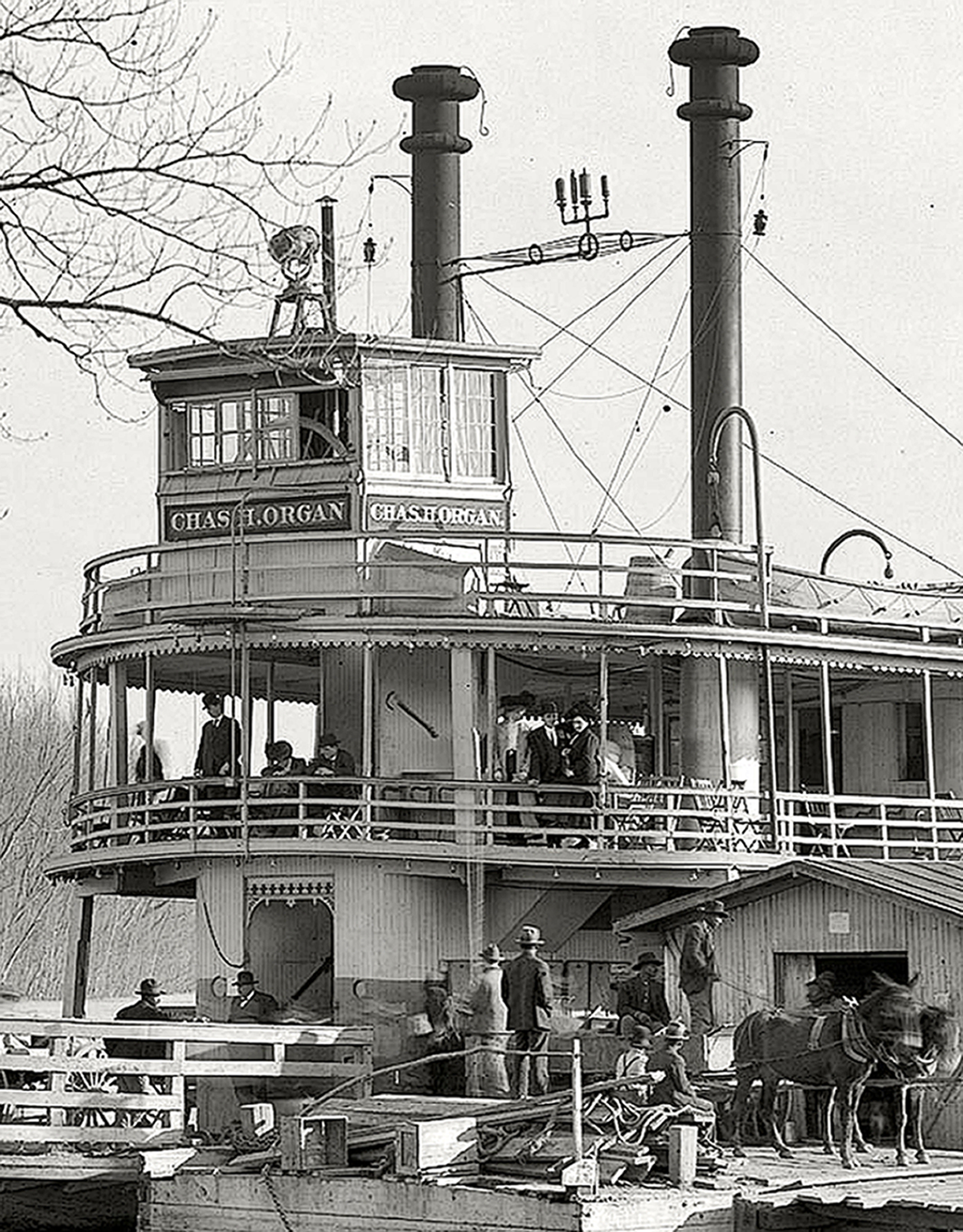 But off to the left, two trees have quietly slipped away to take a dip in the river.

Motion in more than one plane as fulfillment of a divided composition. At a snowy curb in New England, the sad losing struggle of color against darkness, but here along a sunny southern river, the great simplification of black and white. The point where the boat has come to its stop is the place of happy ending.

The river is moving.
The blackbird must be flying.

“Thirteen Ways of Looking at a Blackbird” is a New England poem by a man who lived in Connecticut but loved the South. Another of his poems begins, “I placed a jar in Tennessee,” and a second is about a woman walking along the shore in Key West and singing the warm Florida night into starry order. Language’s way of making the flying blackbird one with the moving river is a third ordering: a simplification of the sad confusions of the colored world into an arrangement purely external to man, like the silver halide crystals on a glass plate just removed from one of the Detroit Publishing Company’s big wooden cameras. At water’s edge and on into the water with the trees, here along a sunny southern river, you have been given black to look at, and its negation, white. What more did you think there could be to desire?