In 1937 a photographer for the CBS radio network created this silver-halide image of Crockett Ward, a fiddler for the Bog Trotters Band of Galax, Virginia. It is now in the Library of Congress, a part of the collection of folk music amassed by Alan Lomax. Looking at it, I go sentimental. I find comfort in the thought that Mr. Ward could have been among the masses who voted for Franklin D. Roosevelt. The art history of the Depression has taught me that feeling.

The silver-halide image is faint, and even when it was new most of its detail remained latent and invisible. But its material basis has recently been made transferable from chemistry to electronics, and now we can see in it what no one in 1937 could. Almost the only detail missing will be 1937. 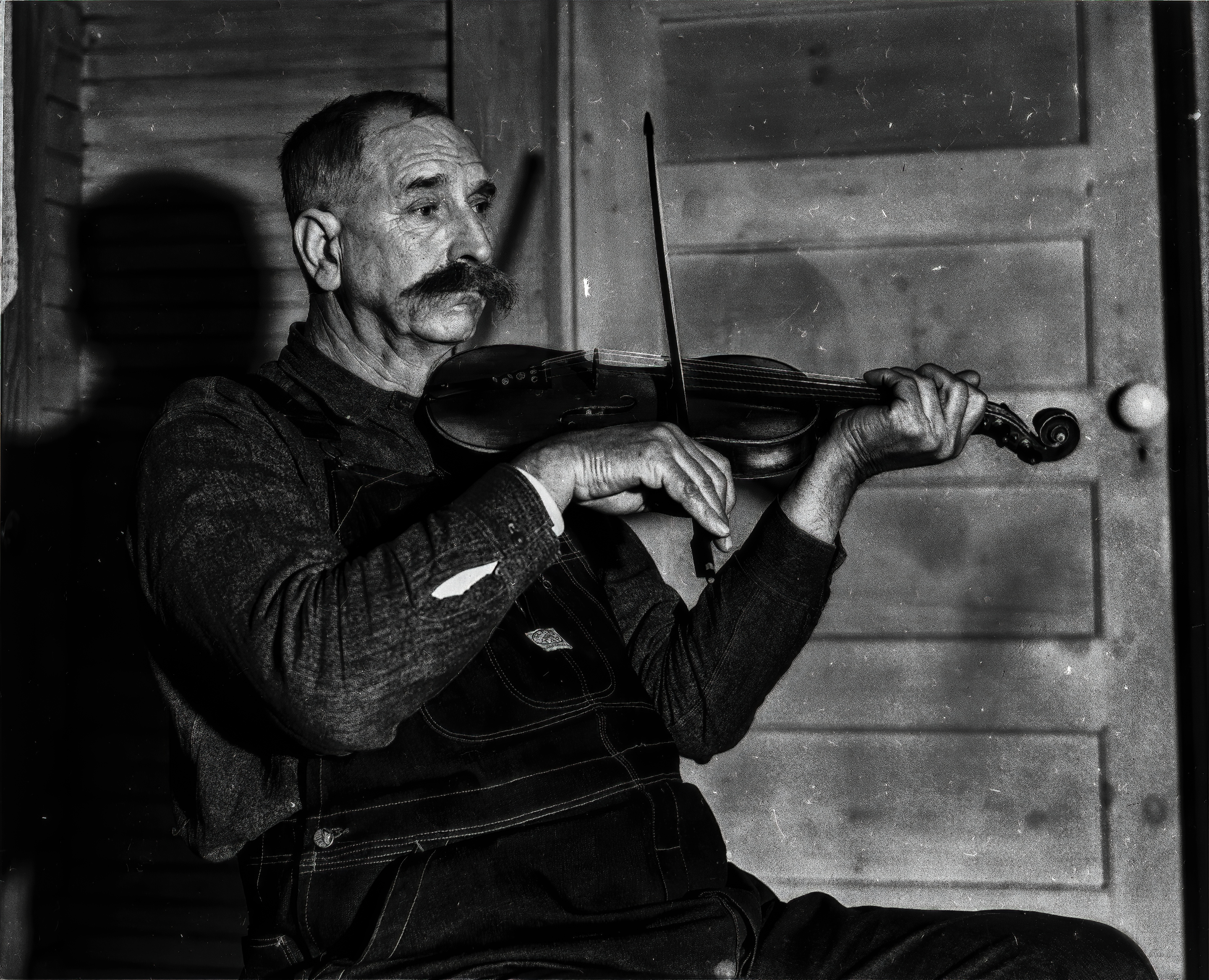 But in the absence of 1937 the image becomes the figure of an ancestor. I look at its bib overalls and its hands, I imagine the body they constituted which in 1937 brought forth song from its fiddle, and the feelings within me are furnished for the occasion by The Grapes of Wrath: a historical novel, a sentimental fiction.

But I’m also pretty sure now that that Crockett’s descendants, if they are still singing Crockett’s songs, probably voted for Donald Trump. A record in pressed shellac can’t sound now the way it did in the time of shellac. The instant I recover a sense of the ancestor’s body, I immobilize it with a coat of impenetrable irony. On the record, the final groove only moves the needle back and forth through an eccentric, ever after.