In the catalog of the Library of Congress, this group portrait is dated only with a range, 1895-1910, and captioned only with a category approximation: “Football team.”

On his corduroy-swaddled thigh rests the hand of another athlete, the tattooed one embracing a fighting dog. The time of Freud is approaching, but it is still in the future. Later, the men’s names will have vanished from the record and their winged Hermes helmets will have lost the power they once had to communicate meaning. But though it is mute now, their bodied desire still continues to put off its paraphernalia and thrust itself up from the image toward us. 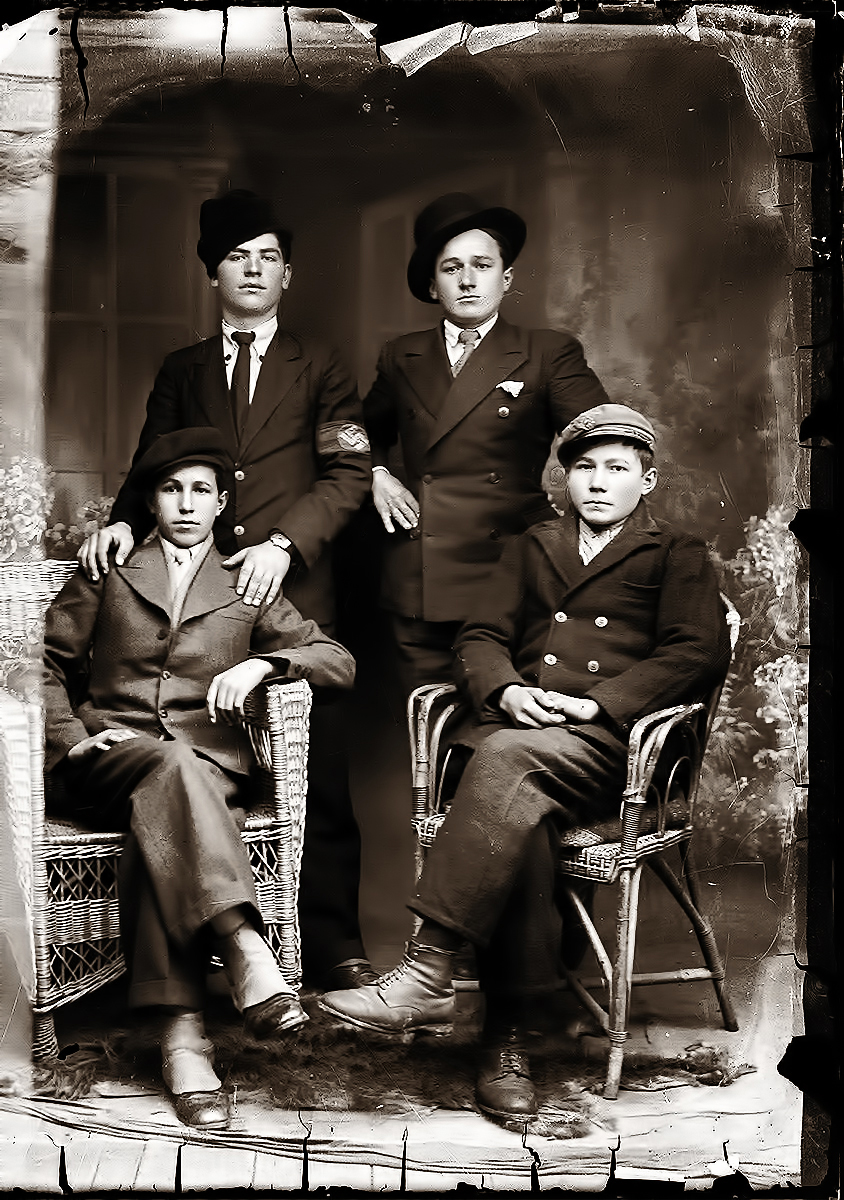 The shoes are a mismatched assortment: one pair partly unlaced, a worn and broken pair of clodhoppers; the other square-toed and neatly concealed under clean spats. Above the spats the pants are softly draped, and creased, and lavishly cuffed. The counterpart garment on the other side of the image is meagerly hemmed and stiff with dirt.

But that visual politics of class division is only clothes-deep. Within separate foldings of cloth, the men have arrayed themselves in the same posture, as if each had a shared heritage of body. Above that pair of half-anatomies, too, is another pair, this one in a closer approximation. The characteristics of that pair are the hats. Twinned traits, they hang congruently from the picture’s vertical axis, each hat braving gravity at the same daring angle.

A pair of arms reaches downward and outward from the young man in the upper left to the fine-featured adolescent in the lower left. The hands make contact, establishing control. It is a delicately gauged control. Touching with fingertips only, it signifies not force but a sympathetically understanding consent to a desire to be mastered. The gesture is set off by the fashion accent of a political brassard.

Like every other item in this wardrobe of the male — the unblocked fedora, the regional costume hat, the buttondown shirt with its big bling buttons — the brassard is part of a harmony. Forced into its position in the whole by the light that goes pouring over and past you on its way to the image, each cloth or leather apparatus for attracting sight becomes a part of a body loved because made visible to love by the light reflected from another body.