Recalling with deep gratitude her encounter as a girl with Rilke’s Letters to a Young Poet, Margo Rabb belatedly Googled the biography of her benefactor. Her report on the experiment didn’t have a happy ending, however. In fact, it was so unsatisfactory that it couldn’t even reach a properly experimental conclusion. Deprived of what she once had thought was communion with a poet, Rabb had to stop turning the pages of her protocol. Before she could resume her happy reading she’d have to start a different experiment on Rilke’s words, but her own words weren’t adequate to writing the experimental design. Staring disconsolately at her idled lab bench, Rabb could only ask: “How could the kind prophet whose lengthy passages I’d copied into my teenage diary be a selfish, sycophantic, womanizing rat?” Herr Rilke wasn’t available to offer an answer, either, and when Rabb made the inquiry of the diary there was no reply.

The unanswerable question had been forced on her by a Google search delivering words of reproach from a book reviewer. There, summarizing Ralph Freedman’s Life of a Poet: Rainer Maria Rilke for The Washington Post, Michael Dirda called Rilke (in her dazed post-diary state, Rabb quoted the phrase) “one of the most repugnant human beings in literary history.” Dirda continued: “ . . . this hollow-eyed communer with angels, Greek torsos and death was not merely a selfish snob; he was also an anti-Semite, a coward, a psychic vampire, a crybaby.” The catalog of pejoratives didn’t stop there, either, and as it went on it became more and more specific. After Margo Rabb had completed her reading of the denunciation, it seemed to leave her memory of Rilke with nothing but silence and condemnation.

Not every reader remains engaged with the memory of a teenage diary, however. If we grownups are asked to think of a poet as damnable, we may find it poetically possible to think disinterestedly about the language through which we understand damnation. Suppose, for instance, we abstract Dirda’s dictionary of insults from its reference to the biography of Rainer Maria Rilke and the autobiography of Margo Rabb. If we do that, if we look at Dirda’s list of words as a vocabulary without a life attached, we may notice that it contains one curiosity: a noun phrase that resists further specification. What’s even more curious is that this particular noun phrase is semi-capitalized and semi-proper: an anti-Semite.

The difference between the way we read an anti-Semite and the way we read a selfish snob will then turn out to be a matter of historical reference. Just like Rainer Maria Rilke, for instance, Evelyn Waugh was a selfish snob. He worshiped the titled and under the distresses of war he ate his children’s rationed bananas. But if we read Waugh’s letters side by side with Rilke’s we’ll discover that the term selfish snob signifies little more than biographical curiosa. Something that means much more than the biographical idea selfish snob ever could, for instance, is the literary idea that Waugh had a sense of humor and Rilke didn’t.

By contrast, the biographical blank ” _____ hated Jews” can be filled in with almost equal results for both Waugh and Rilke. It also turns out to apply to almost any other Christian writer of a modern European language. In the library (Dewey class 920, Biography) the hatred will be seen to express itself in different verbal ways, but the differences will finally amount to little more than biographical trivia. After F. Scott Fitzgerald wound up working in Hollywood with Jewish writers like Budd Schulberg and Nathanael West, for example, the Jewish part of his vocabulary outgrew its childishness. On the other hand, the Jew-hating Edith Wharton specifically loved The Great Gatsby for Wolfsheim. As to the very minor poet Charlotte Champe Eliot, she had a private word, insects, which she used to express her loathing of Jews, and her son T. S. Eliot picked up the term and went on to apply it to humanity in general. Meanwhile, the title page of Hilaire Belloc’s textbook of Jew-hate The Jews was transmitting a secret message to the Jews in secret Jewish code. Many more anecdotes like these are available for the reading in, for instance, George Orwell’s “Antisemitism in Britain.” In terms of their historical consequences some are more portentous than others, but finally they all seem almost equally trivial, almost equally nonsensical, almost completely ineffable. Nobody can understand the word “Jew”; nobody can stop saying it. 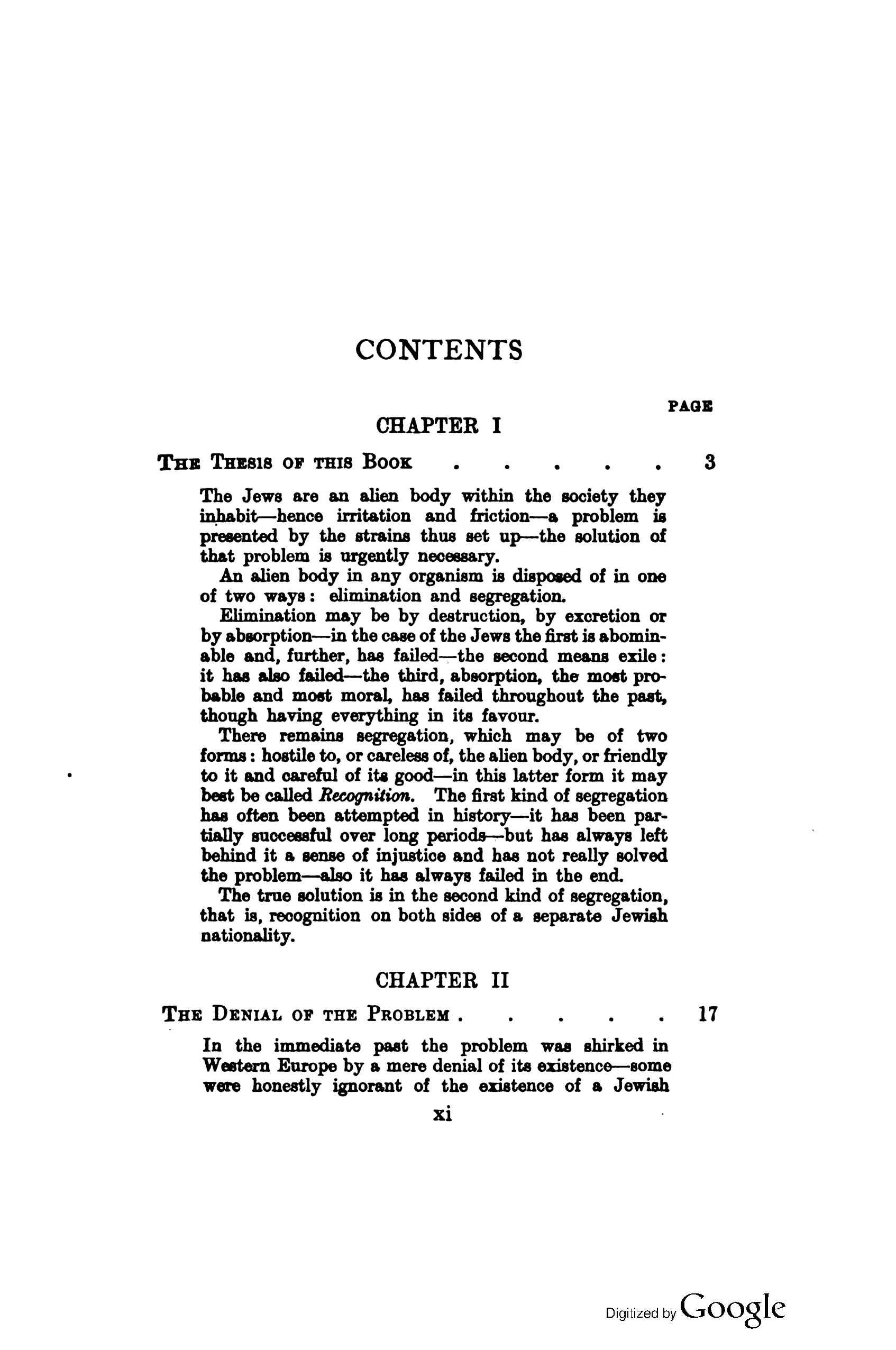 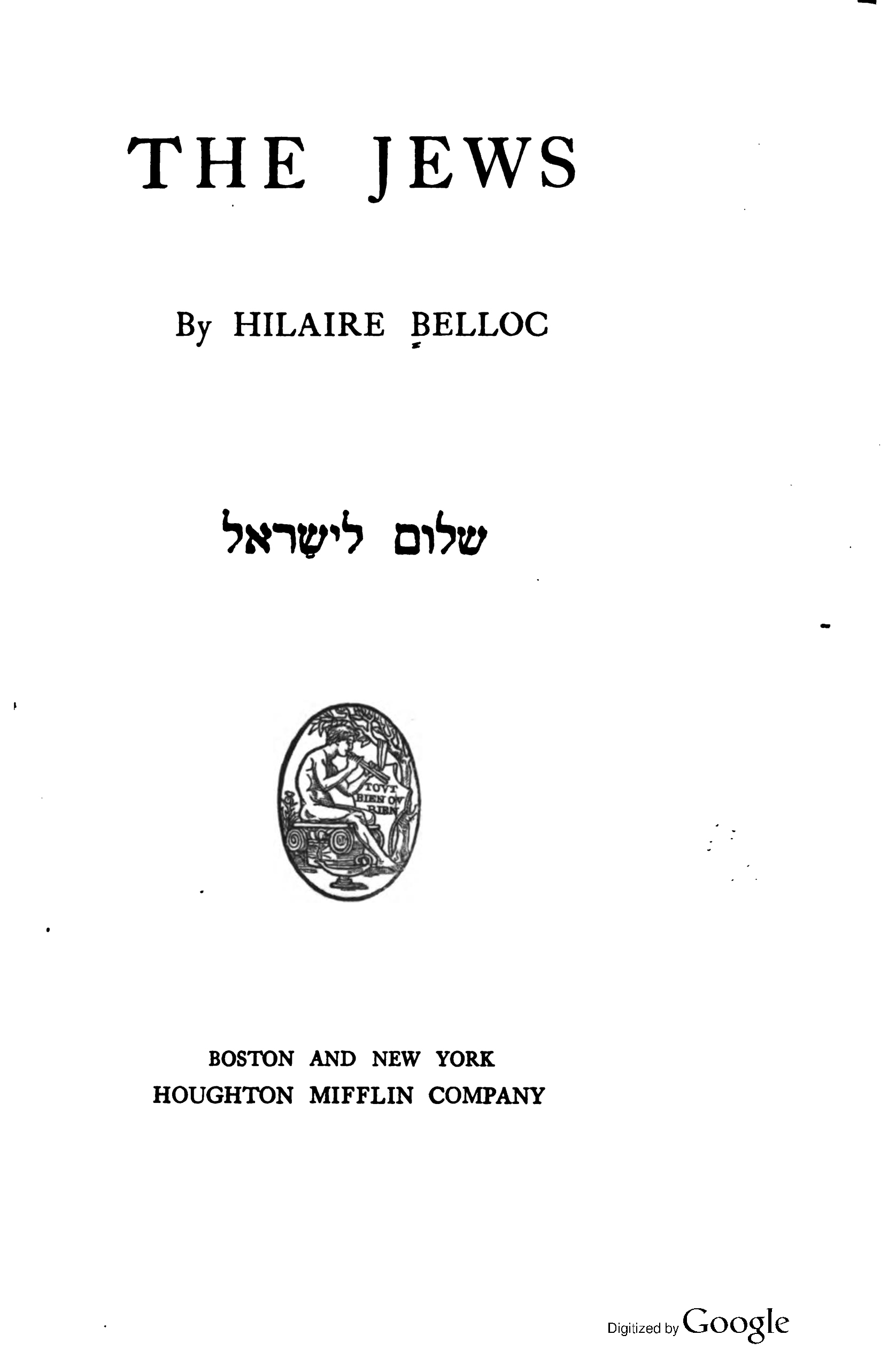 Ulysses was published in the same year as the words you have just read. The blind midwife James Joyce delivered Leopold Bloom from the matrix of a dark language centuries old. Another blind man, the compiler of histories of simultaneity Jorge Luis Borges, wrote a fiction about the moment of such a delivery and gave it, as title, the name of a letter in the Hebrew alphabet: “The Aleph.” Aleph happens to be a silent letter, but for the prose purposes of Michael Dirda and Margo Rabb it can be translated approximately into a string of speech sounds. One string, for instance, could be, “He was an anti-Semite.” It’s a boring sound, but the history of Christian civilization teaches us that it also happens to be a language universal. That may matter for a poetry such as Rilke’s which claims to communicate the ineffable. The monosyllable “Jew” might bring us even closer to the idea of a word that says the unsayable, and it would have the added sociohistorical advantage of being what a Waugh character might call discomfort-making.