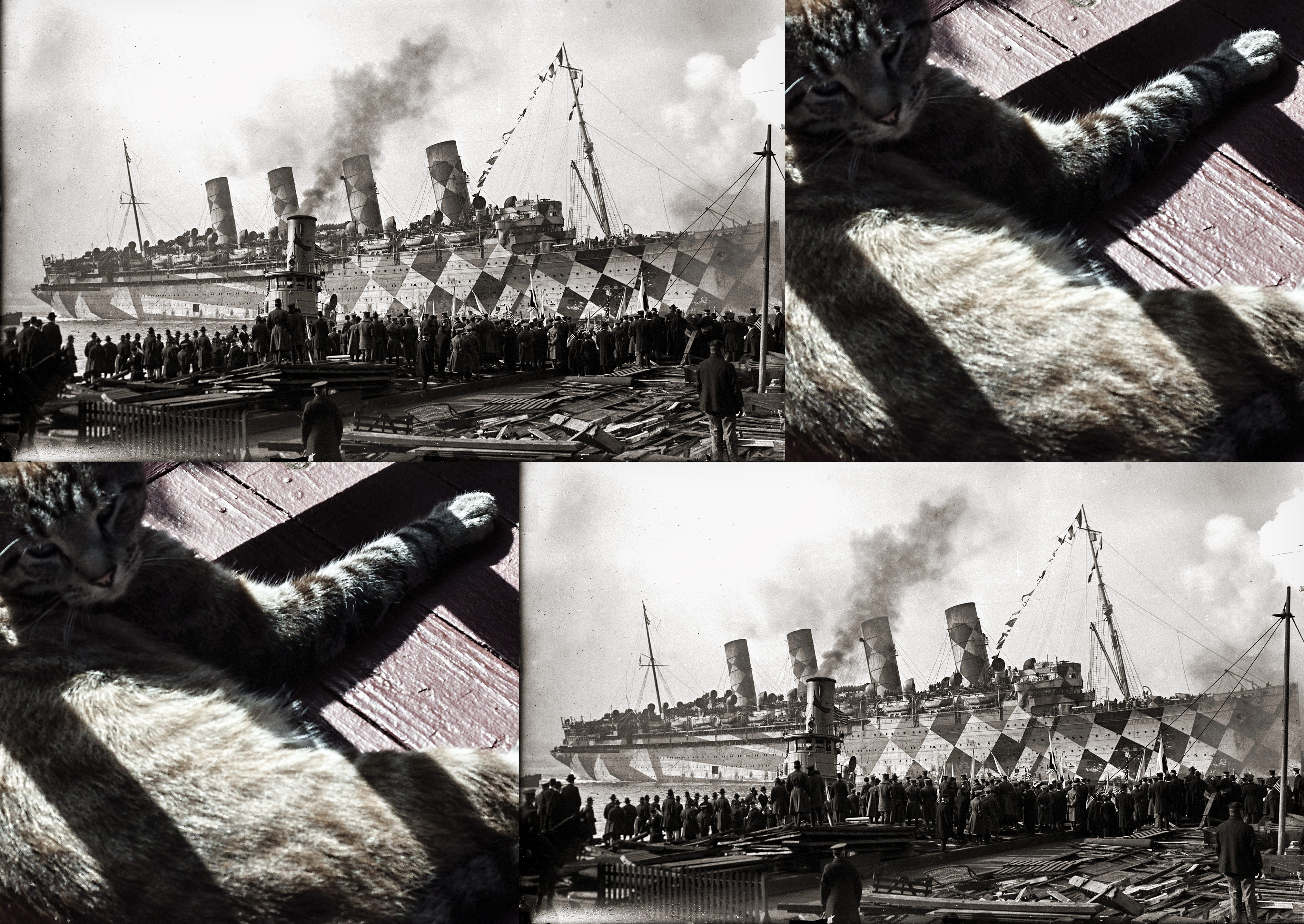 The image of the Cunard liner Mauretania in World War I dazzle paint is on the web, but I haven’t found its original source. The anonymous posting that I downloaded and photoshopped dates the image as April 2, 1917, but that is clearly wrong because the flags indicate that the picture was taken in an American port and the United States didn’t enter the war until April 5. I’d guess that the picture was taken in New York on December 2, 1918, at the same time as the image I posted about on October 23, 2016.