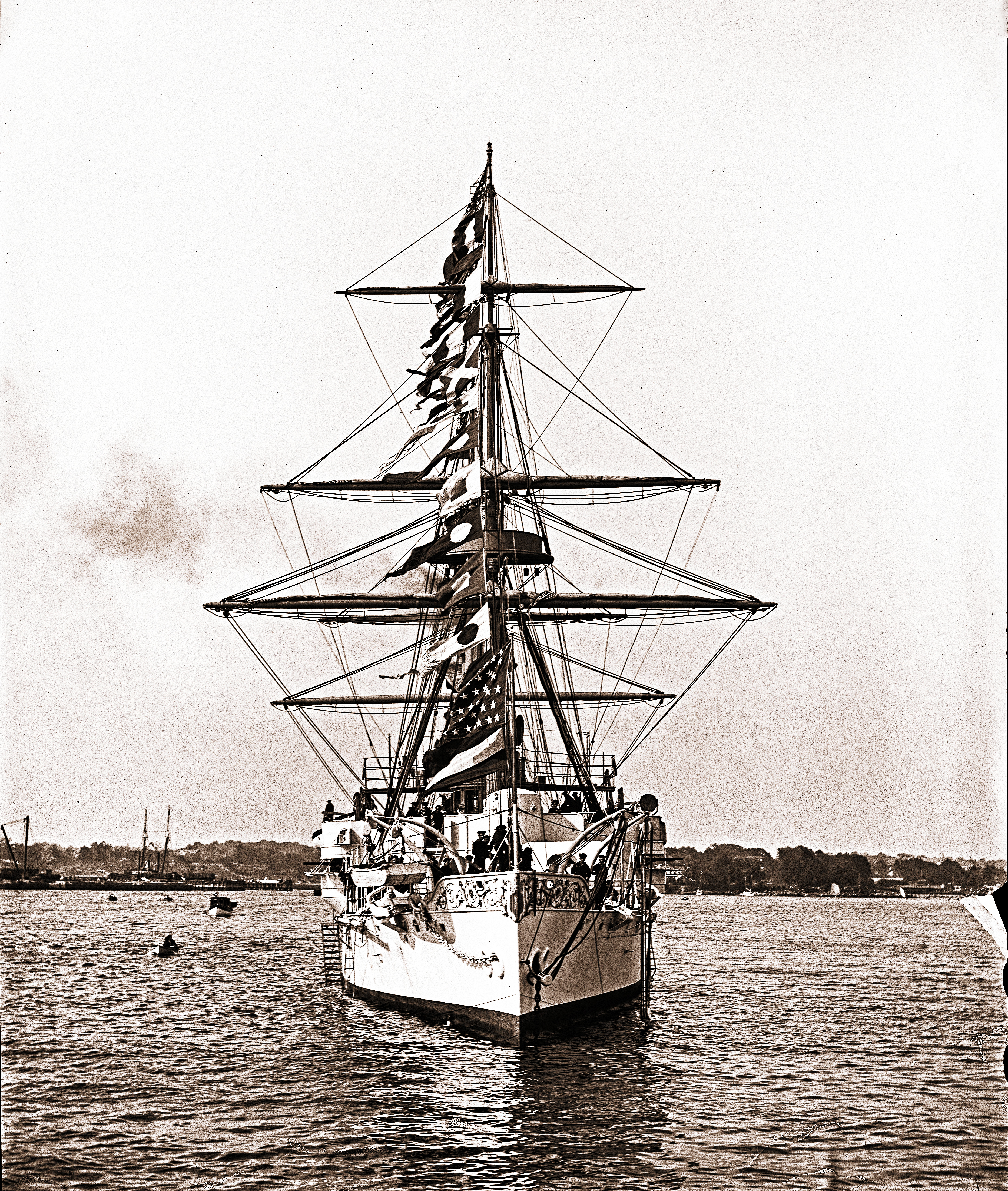 Noting that the image has no Detroit Publishing Company number, the Library dates it only to the range 1900-1920. However, the Atlanta was decommissioned in 1912, and the 45-star flag in the photograph wouldn’t have been flown after 1907. Most of the naval ships in the Detroit Publishing Company collection appear to have been photographed in New York, and if that’s the case for this image, we can use Wikipedia’s article “U.S.S. Atlanta (1884)” (accessed 24 October 2015) to date it tentatively to September or October 1900.