To the New York World on June 19, 1913, the arrival of a brand new ocean liner at Hoboken’s pier 1 was a front-page event, but only one of many. After all, if a newspaper calls itself The World, it ought to be responsible for the history of everything.

By way of teaching us to think about what everything might mean, The World showed readers of its masthead on June 19, 1913 an emblem of an idea illuminating a port that gives on the entirety of the world. There is the idea, right between the paper’s first and last names, The and World: an image of Liberty lifting her lamp to bring the world’s hemispheres together in light. However, the masthead has also been posted with a cautionary notice about the limits of enlightenment. Of course, says the notice, the world still has its dark side. Representing the interest of the dark side, I ask you to read what I say I am: Evening Edition. Those other words, The and World, can’t speak for my department. It and I are here to shade and modulate light. Our job is to turn it down far enough to let you remind yourself, in rueful relief, “This won’t last. There will be another edition in the morning. Furthermore, fourteen months from now, a foreign secretary of England will remark that the lights are going out all over Europe.” 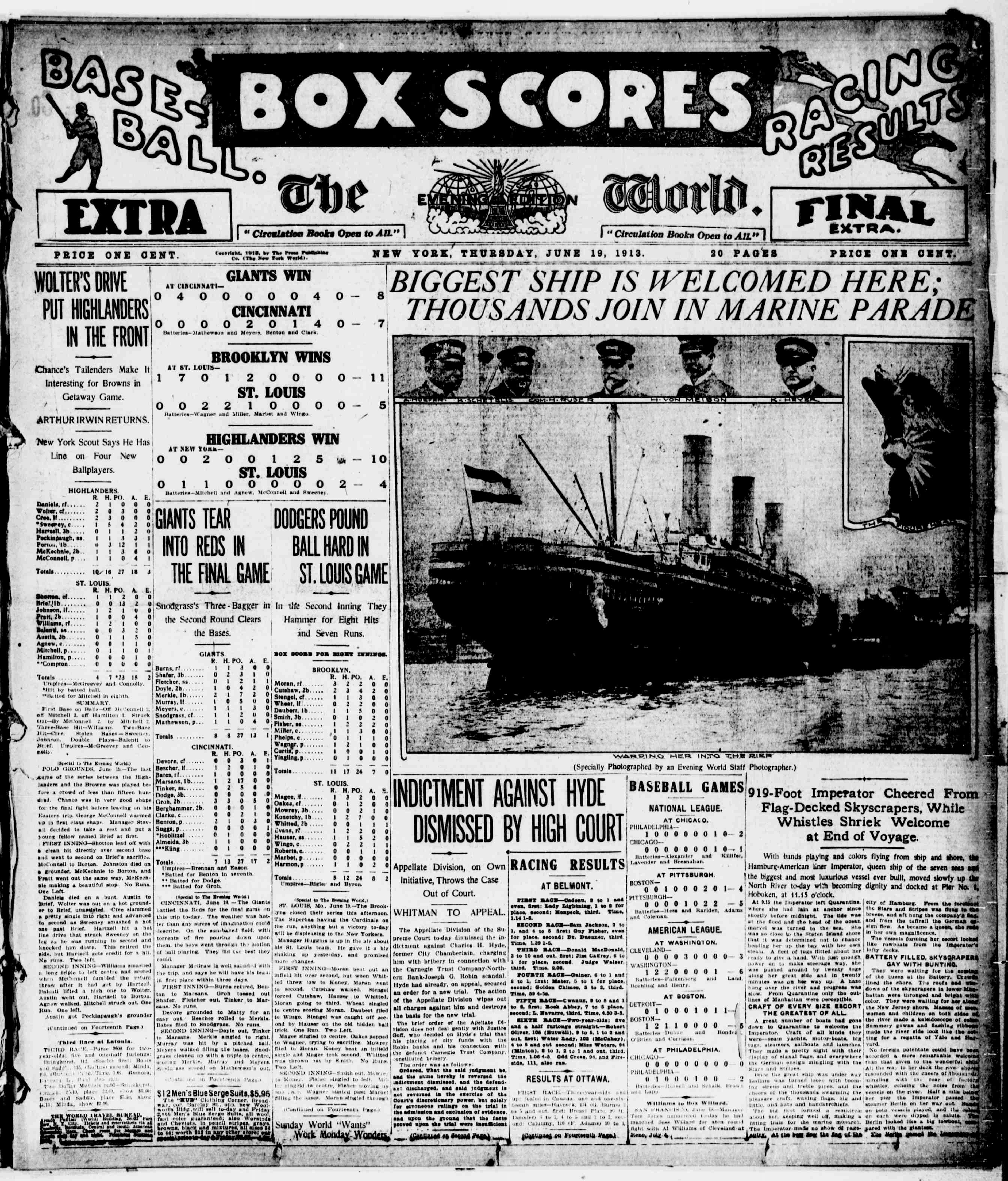 As of this evening, the largest, most luxurious ship in the world has now docked. A newspaper named The World has dispatched a photographer to the pier, and he has come back to his darkroom with an image of the ship’s most distinctive feature: its figurehead, a giant bronze sculpture of the imperial German eagle whose talons grasp a globe emblazoned with the motto of the Hamburg-America Line: Mein Feld ist die Welt, “My range is the world.” History, in retrospect, may decide to read the image in a diagnostic way. “Wilhelmine vulgarity,” it may say, or “Wilhelmine brutality,” or (thinking ahead to July 29, 1914) “hubris.” But on June 19, 1913, the Imperator also submitted to history’s redaction a view of a deck covered with a miscellaneous extra cargo, captioned with humble vagueness, “Immigrants & luggage.”

The phrase seems to equate the immigrants with the trunks they carried. Some people have sailed into the historical record along with boxes covered with the skins of dead horses or dead cattle. That, literally, is what “Immigrants & luggage” means. Of course the caption-writer’s intent probably wasn’t scornful; presumably he was only trying to keep his caption as short as possible. Adding one more word and possibly replacing the ampersand with another — “Immigrants and their luggage” — might have altered the caption to a text both syntactically unambiguous and emotionally rich, but it would also have competed with the emotion that a news photograph is generally supposed to communicate on its own, without words. In any case, this image dates from 1913. The time for learning to read it richly, with the resources that irony can provide, won’t arrive until some time later.

In fact, a whole series of times will soon be on the way, and each new time — say, 1914; and then 1924, when the golden door at Ellis Island was slammed shut; and then, of course, 1945 — will offer us one more tip for making a read text or a seen image seem fascinatingly complex. But for now in 1913, you have been granted the innocent luxury of reading an image almost free of its associated words. The words are there to be read, but as of 1913 they’re still pale and faint. They haven’t yet been hardened or darkened. They aren’t yet mature enough to withstand and repay an ironic reading. 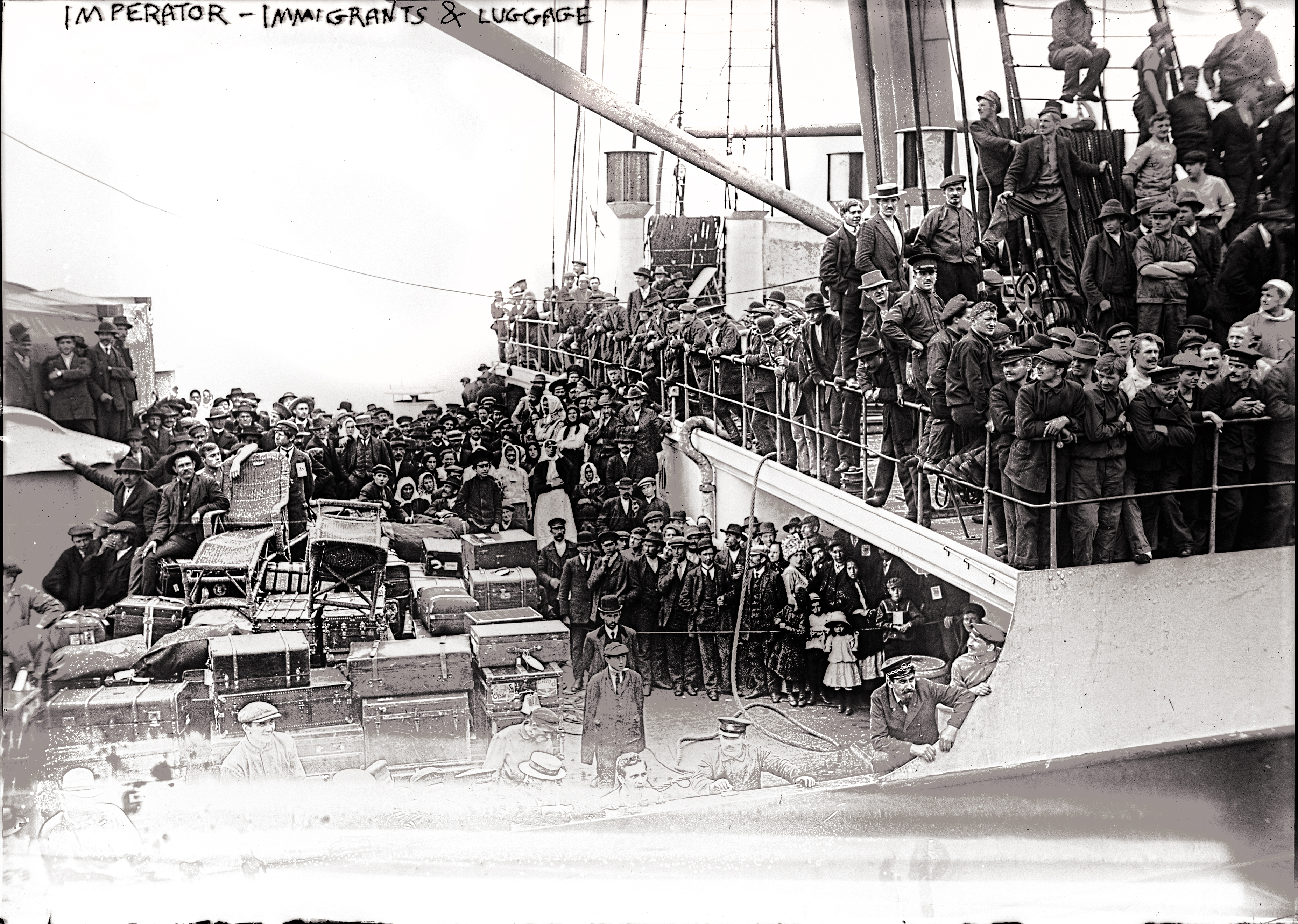 Come closer, then. These words and this image can be remembered without distress. If you are an American of central or eastern European descent, the probability is high that your ancestors crossed over on one of the ships of the Hamburg-American Line. Of the faces you see now, as you remember, one may be yours. The ship that gave your face its meaning for The World in 1913 has vanished into the unrecorded, but in its vanishing it has bequeathed you an image of the life that will be yours. 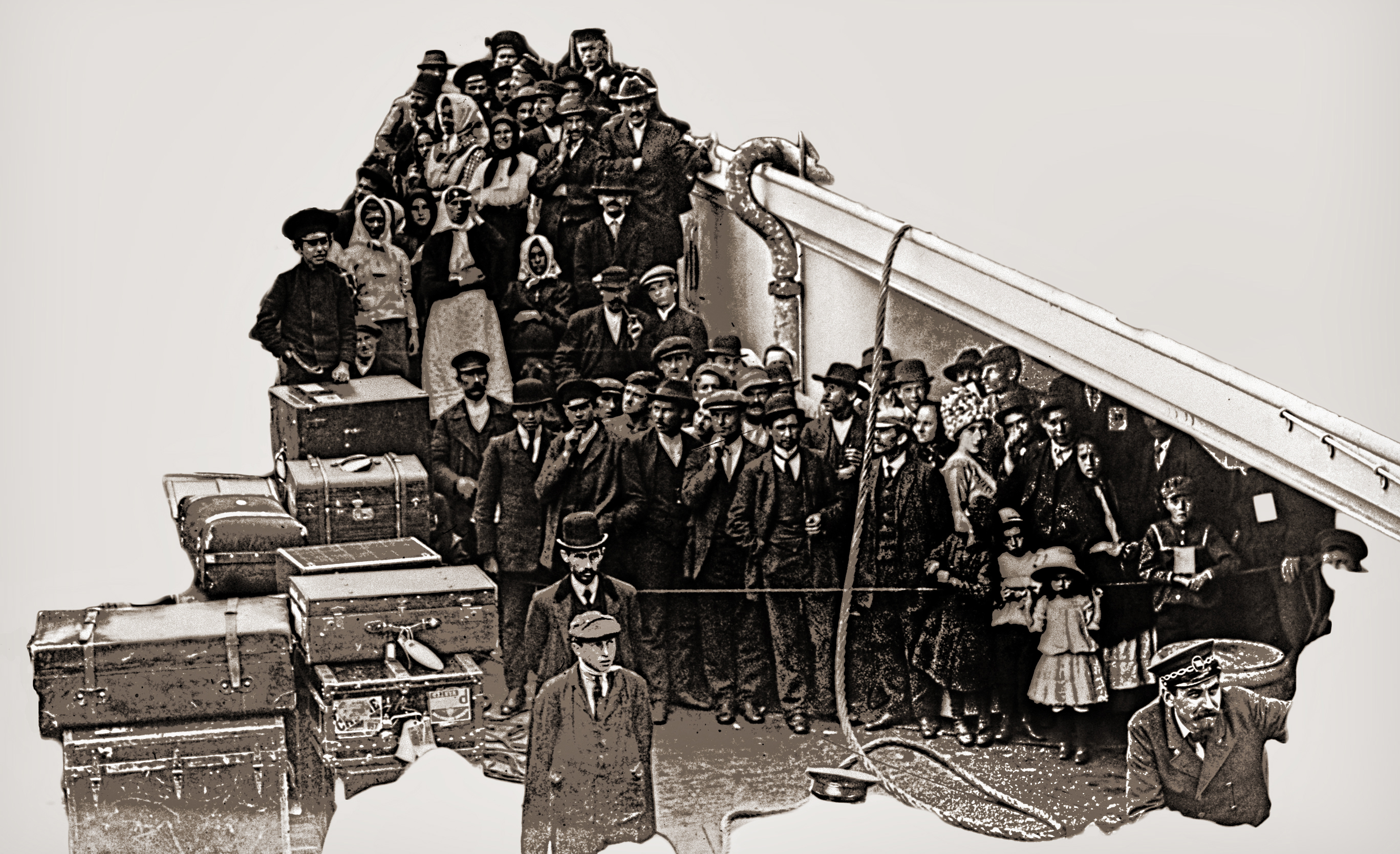 Now think of what was about to happen in 1914 in the world you left behind. In the new world your news has been better. Think of The World slipping out of its press, evening after evening ever after, to redeliver that better news: the news you are rereading once again, the news that you were a passenger on the Ark. 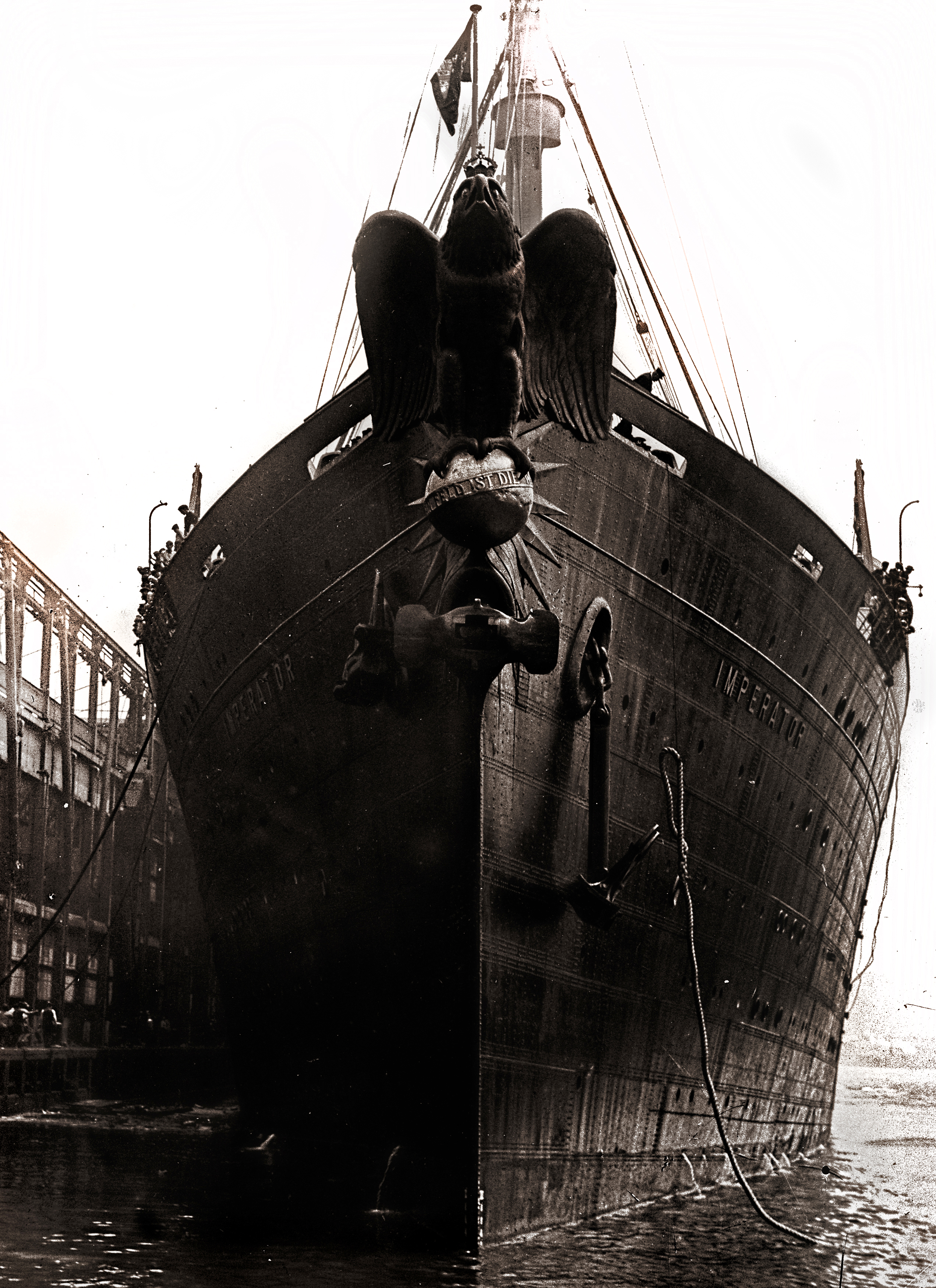