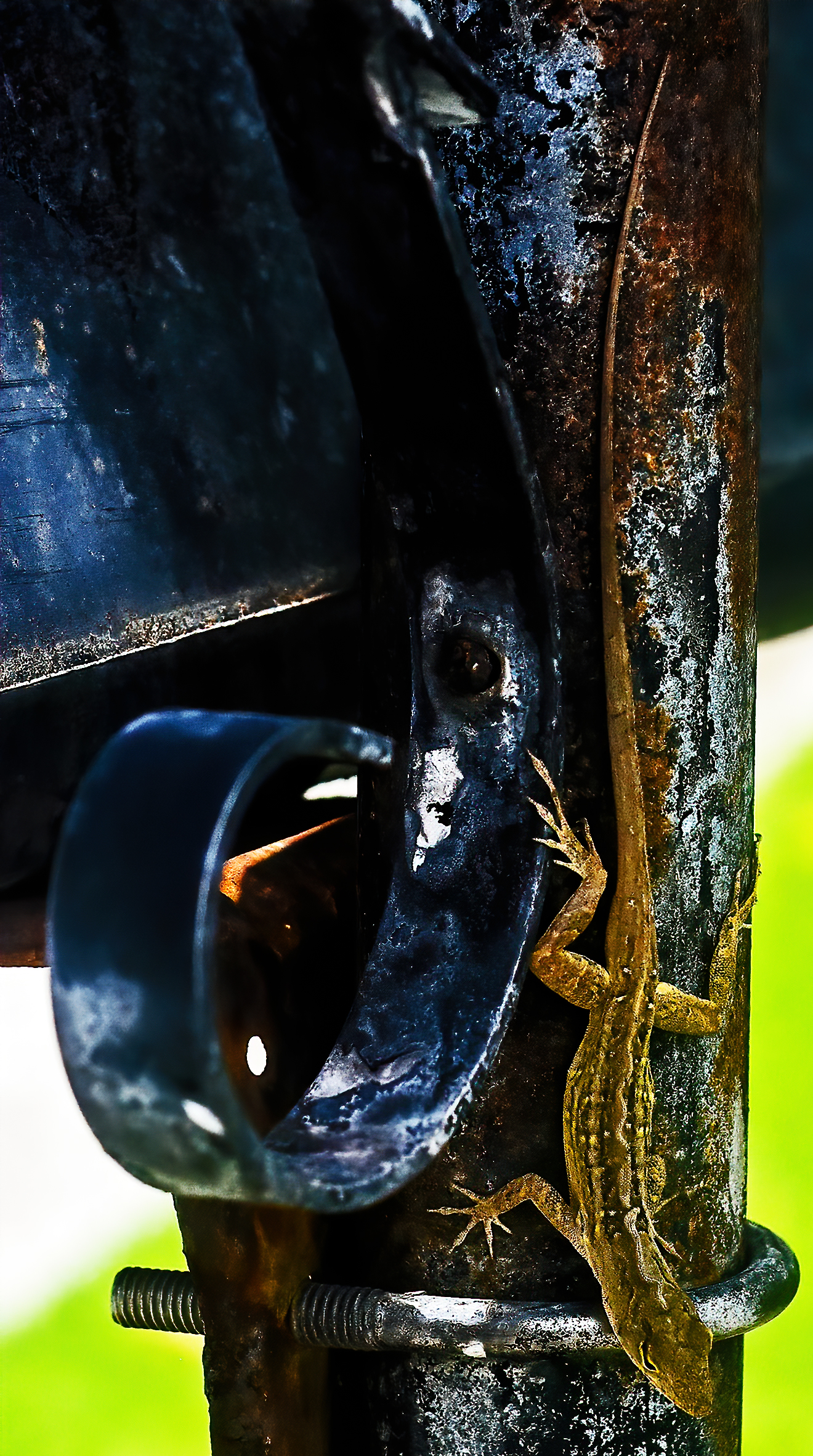 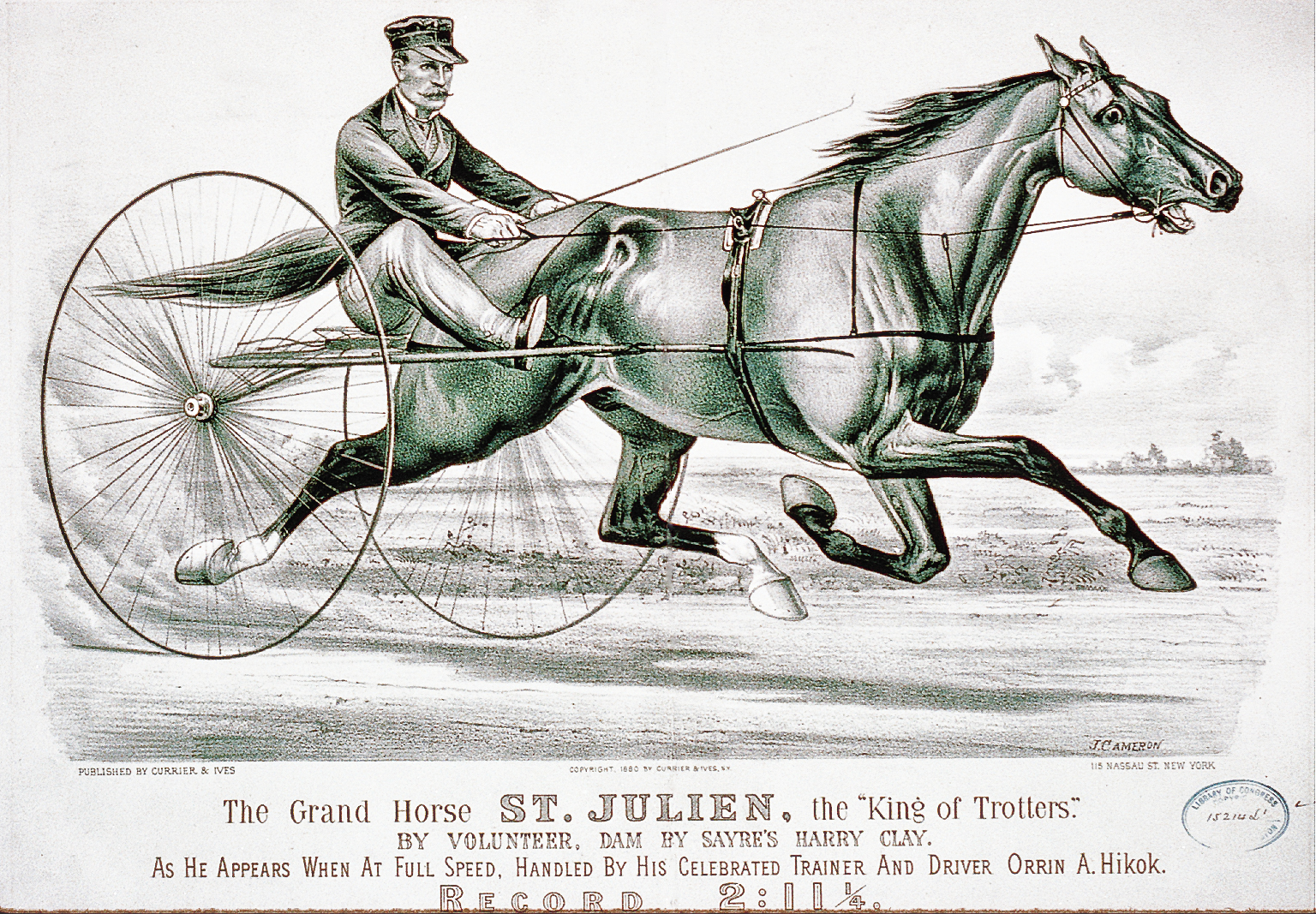 St. Julien’s face is all animated agony. As an image, it could have been conceived by Cowper or Blake, passionately tender men of the late eighteenth century whose ways of thinking about animals were contemporary with Beethoven’s first analyses of the bonds between chord structure and emotion. As St. Julien runs the track of this 1880 Currier & Ives lithograph, his tail spills like an arpeggio into the lap of Orrin A. Hikok, and if Orrin A. Hikok hadn’t been signing his name in 1880 with a late-nineteenth-century middle initial he might have noticed the many fingerings of the blowing hair.

But by the time Currier & Ives got around to portraying St. Julien, the late nineteenth century had arrived and chord progressions had been scaled up into industrial sentimentality. For P. I. Tchaikovsky, 1880 was the year for both the sobbing strings of the Romeo and Juliet fantasy and the cannons-and-all practicalities of the 1812 overture, and Currier & Ives’s 1880 lithograph is another example of that rationalized division of labor. On the right of the image is the horse: naked yet bound by his harness, with open agonized mouth and desperate eyes. On the left is Orrin A. Hikok: not merely dressed but bound by his dress in way that seems focused on keeping passion under rein. Mr. Hickok’s legs are open as if to embrace St. Julien, but they remain covered, with every ankle-button buttoned. His jacket is buttoned too, and behind its buttons are enclosed a vest and then a hard-starched shirt and then a knotted necktie. Lip is shut tight within lip within lip. At Mr. Hikok’s breast there will be no opening.

And Mr. Hikok’s cap is on, and in his mustache not a hair is out of place, and the grandeur of his grand horse has been rigorously quantified by his century’s progress in chronometry. “Record,” Currier & Ives told themselves as they sat down in 1880 before a lithographer’s stone, and the record that they set down in response to that imperative translated an artist’s word into a technologist’s number. After translation, it had become both precise and (in physics’ strict sense of the term) undimensioned. With words no longer attached, it had ceased to be even a number. It was now number as such, pure and absolute and as completely unified into a general idea as the multiple lines on a lithographer’s stone which coalesced into a single picture of St. Julien.

As of 1880, Currier & Ives hadn’t yet understood this process all the way to its completion, and that innocence on the brink of knowing is a part of what now gives their work its antique charm. What they didn’t understand in 1880 was that at the moment of St. Julien’s transit across their visual field, their chronometric word “2:11¼” was becoming idiomatic in a language changing under the technological influence of Eadweard Muybridge. As Muybridge’s multiple-camera array began showing the world for the first time the fine details of what the word “run” can mean, the world began learning, in flashes of revelation experienced one by one but only fractions of a second apart, that both verbs like “run” and nouns like “St. Julien” are meanings running along a continuum. Currier & Ives’s artist John Cameron may have intuited this, but only a Muybridgian understanding of the term “2:11¼” can articulate it. Articulated for now in a post-1880 vocabulary, it says: because the grand horses of words running at the rate of 2:11¼ never stop changing in every pulse-charged muscle, they never come to rest in the known.