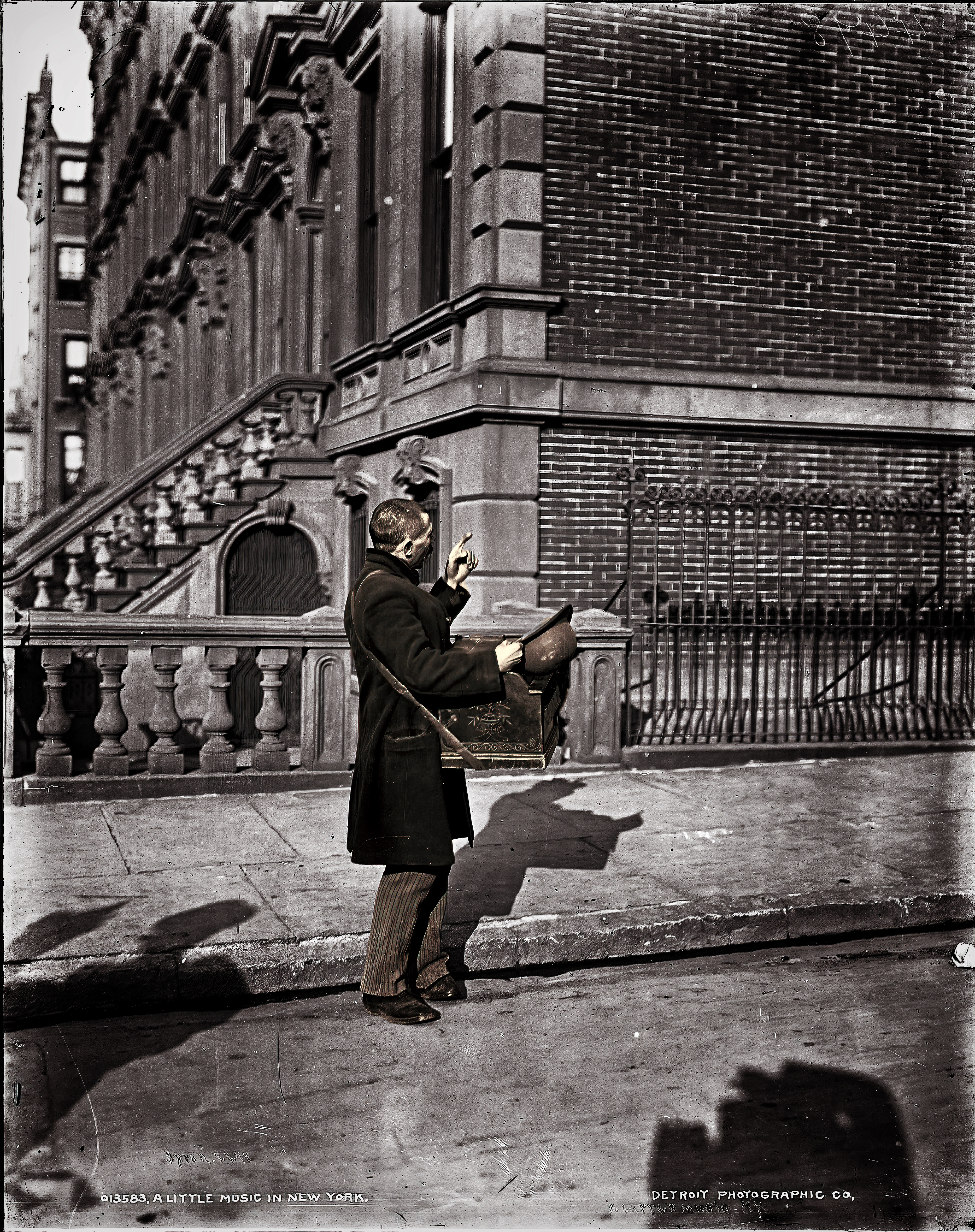 At Honolulu’s Kawaikui Beach Park on July 27, 2016, I parked by a corroded old Dodge Neon, a car manufactured from the mid-1990s through 2005. Its windows were open, and a hand could be seen dropping cigarette ashes out the passenger side. Something protected against the weather with a black plastic bag was lashed to that side, and on the ground in back of the car stood something else, half-covered with a blue plastic tarpaulin.

When I got out of my car, I could see that the thing under the black bag was a wheelchair. The thing draped in blue was a gasoline-powered generator, purring loudly. Inside the car, close to each other in the back seat, two very old people reclined on a tangle of towels, smoking. In the state with America’s highest rate of homelessness (487 people per 100,000 in 2015), they were home.

I walked from the parking lot to the lawn. 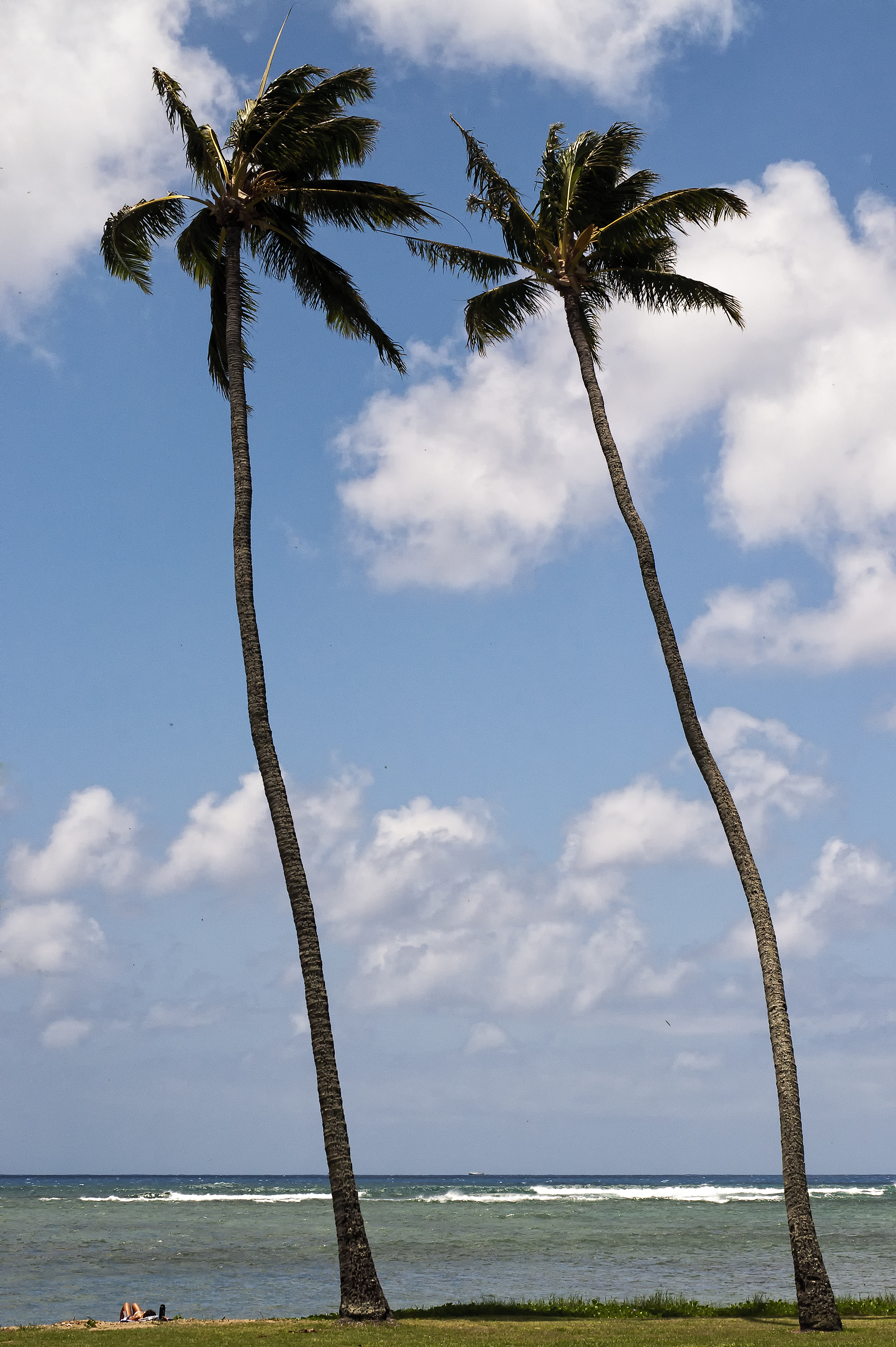 After I took my picture I left. The Neon hadn’t moved, and I didn’t notice the girl, Miss Memento Mori, until I got back to my own home and inserted my memory card in its computer. In the two specialized vocabularies of computers and travel, a term for your own completed view of the girl on her brink near the Neon is destination.

1. In the Library of Congress’s George Grantham Bain Collection at http://www.loc.gov/pictures/item/ggb2004009750/, this. 2. I photoshop it for contrast and tonal balance. 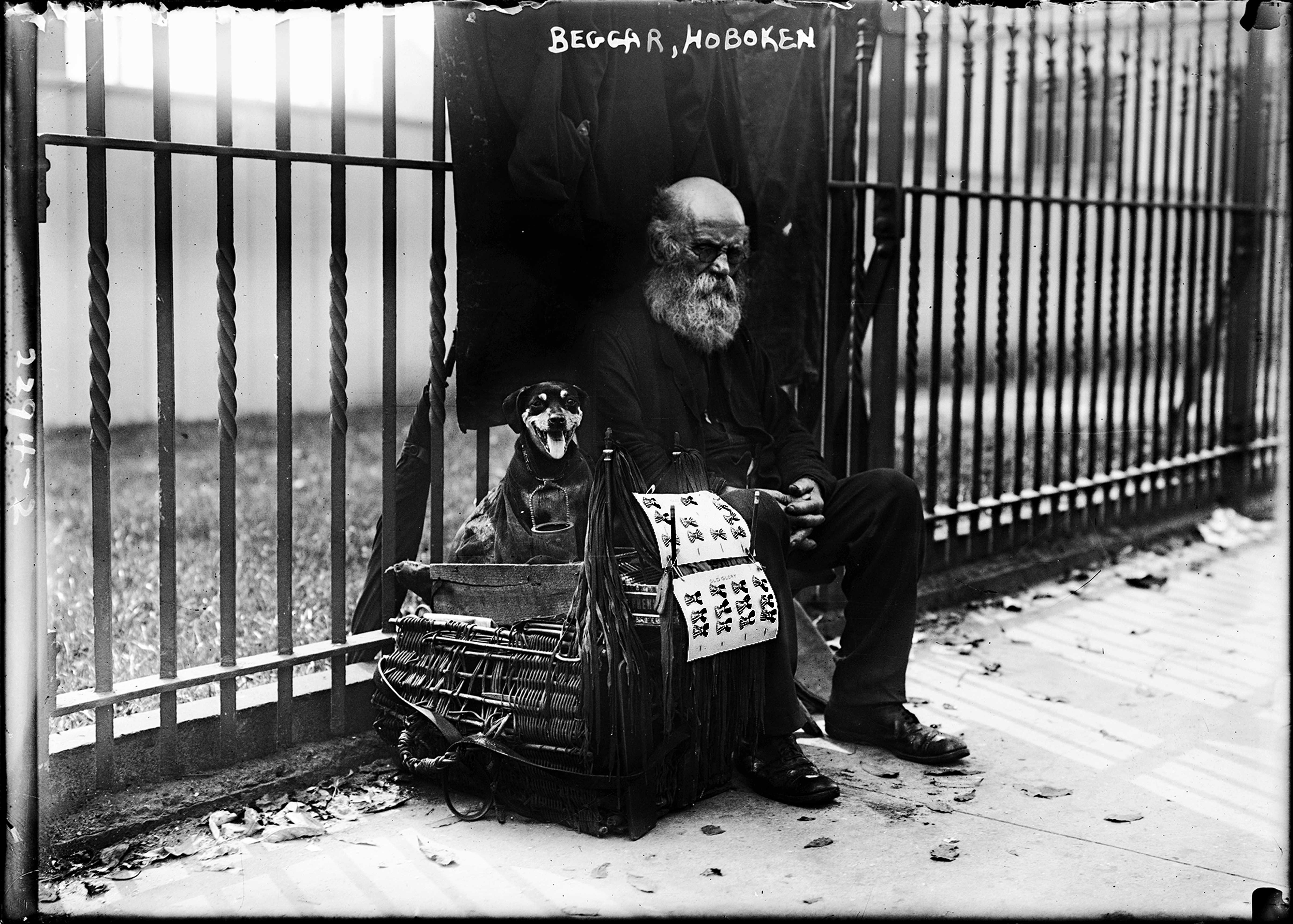 3. I begin abstracting from the content, cropping some parts of the image that represent symbols too obvious to be interesting (iron bars, fallen leaves) and adjusting the color. 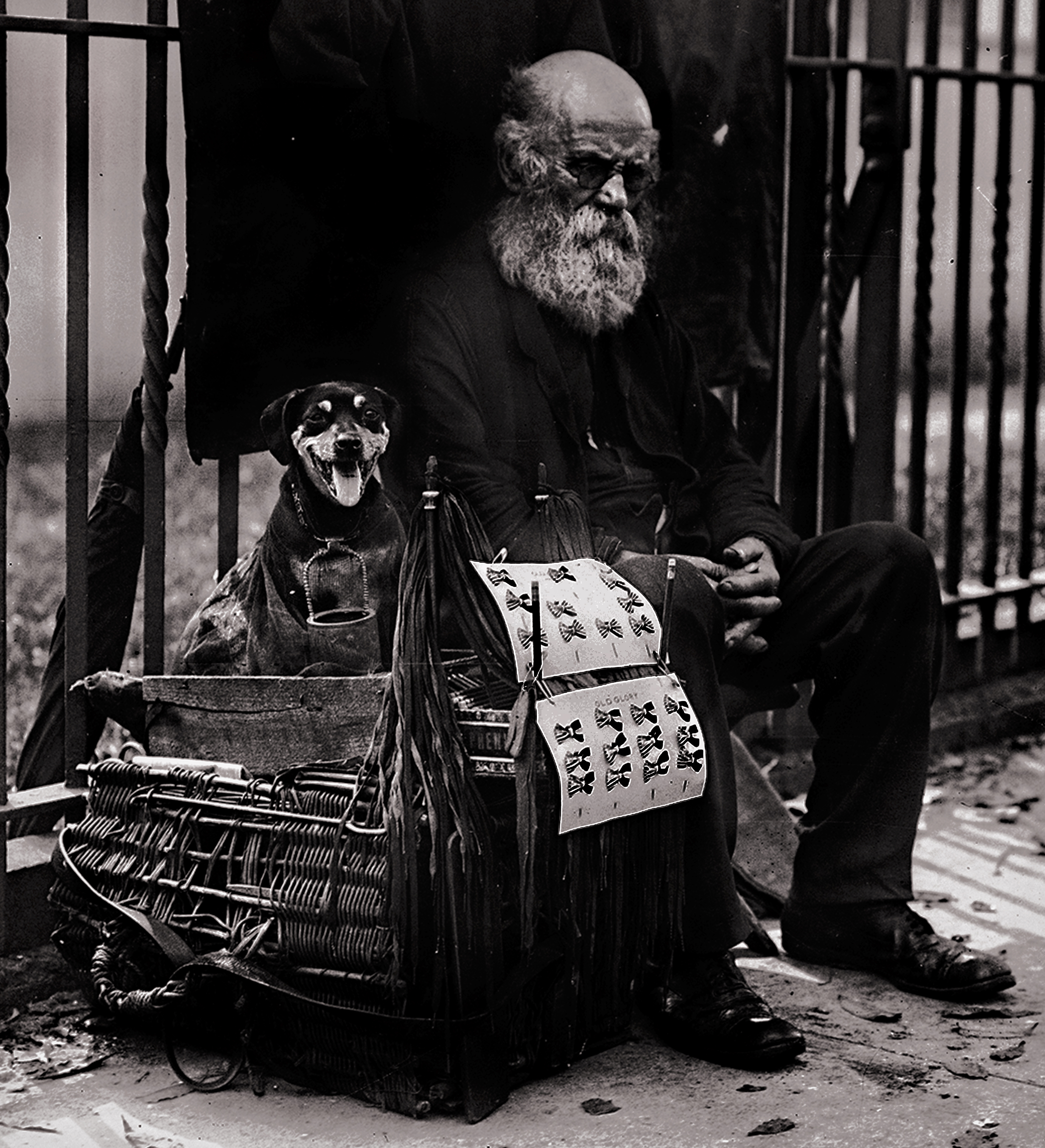 And applied to an image about a hundred years old, computer technology has recovered an antique irony arising from the juxtaposition of the words “glory” and “old.” The computer has processed the image in historiographic mode. Free for the first time in a century to read the image as a text, we have placed ourselves once again under the interpretive control of Looking Backward or Maggie: A Girl of the Streets or Les Misérables. But in the interim between that moralized reading from the past and the recovered moralized reading of the present, there was a brief interim in step 3 when the picture wasn’t an allegory but only a picture.

And about that interim the immoral question has to be asked: wasn’t it beautiful?

At http://theartpart.jonathanmorse.net/portrait-ca-1910-2014/ I write about another image of this man and this dog.