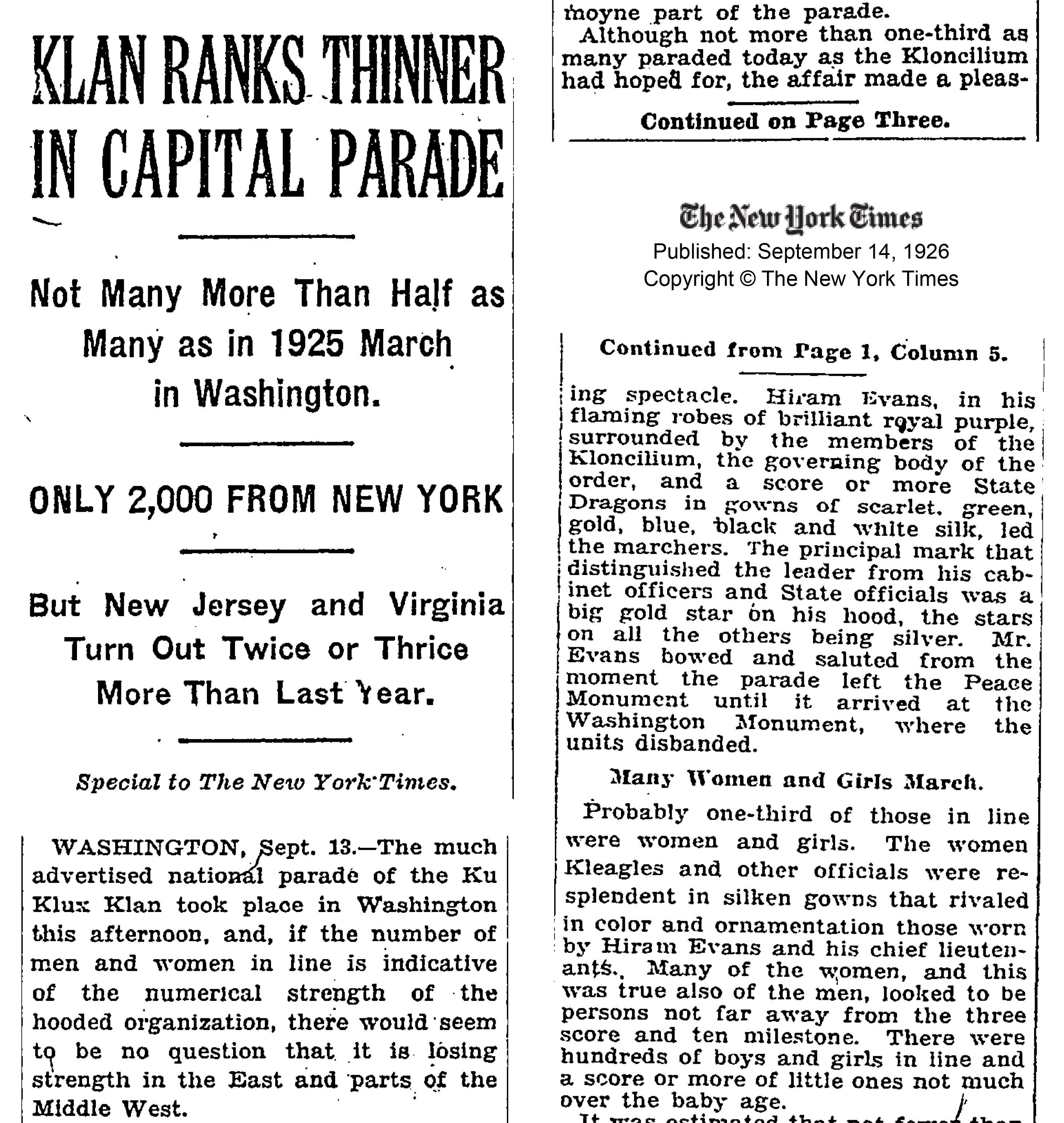 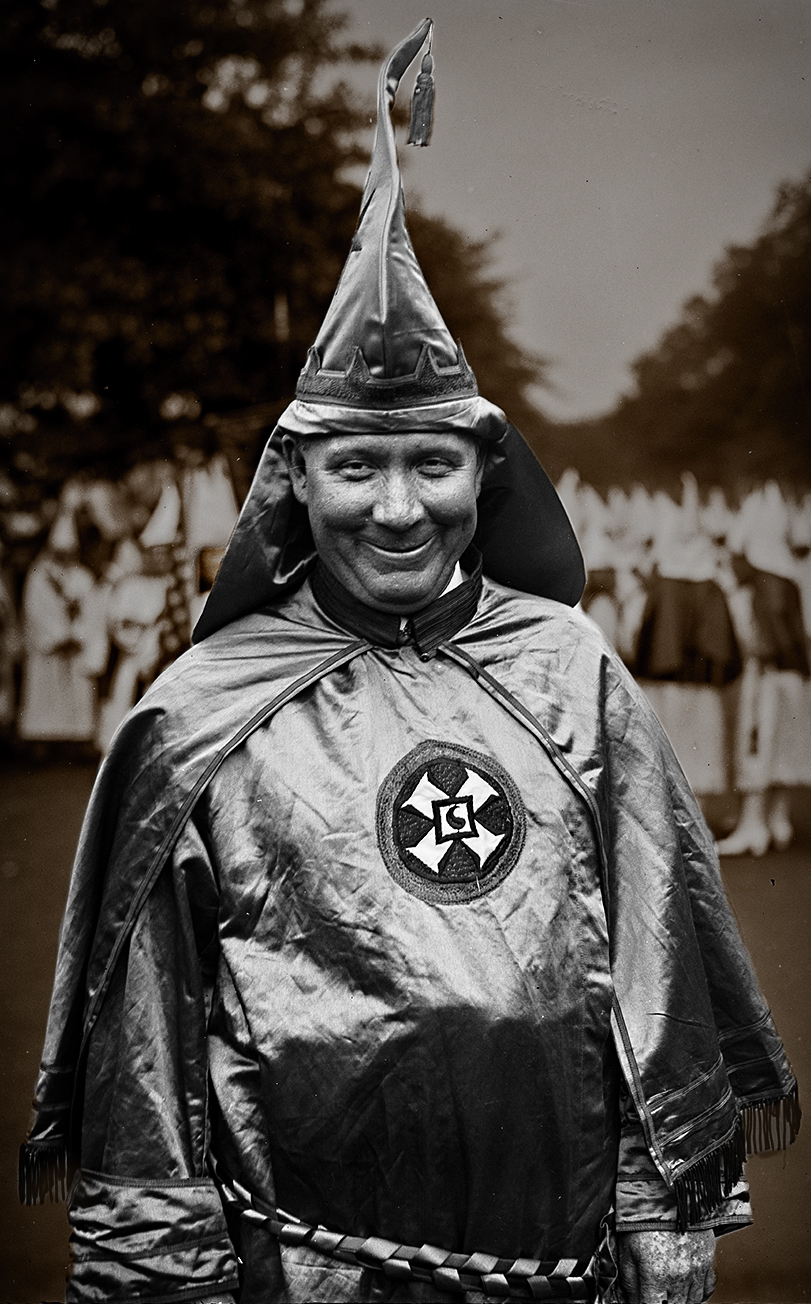 Beware, says the United States Department of State. If you’re an American on a street in Ukraine, you risk being read adversely.

Street crime remains a serious problem in Ukraine. The country continues to undergo significant economic, political, and social transformation, and income differences have grown accordingly. As a result, you and other foreign visitors may be perceived as wealthy and as easy targets for criminals. United States citizens often stand out in Ukraine, and are therefore more likely to be targeted than in Western European countries, where incomes are higher and U.S. citizens may blend in better. The police are poorly paid, motivated, trained, and equipped, and also are considered to be one of the most corrupt organizations in Ukraine.

This morning the statistics counter for the blog you’re reading showed this. Click it to enlarge. 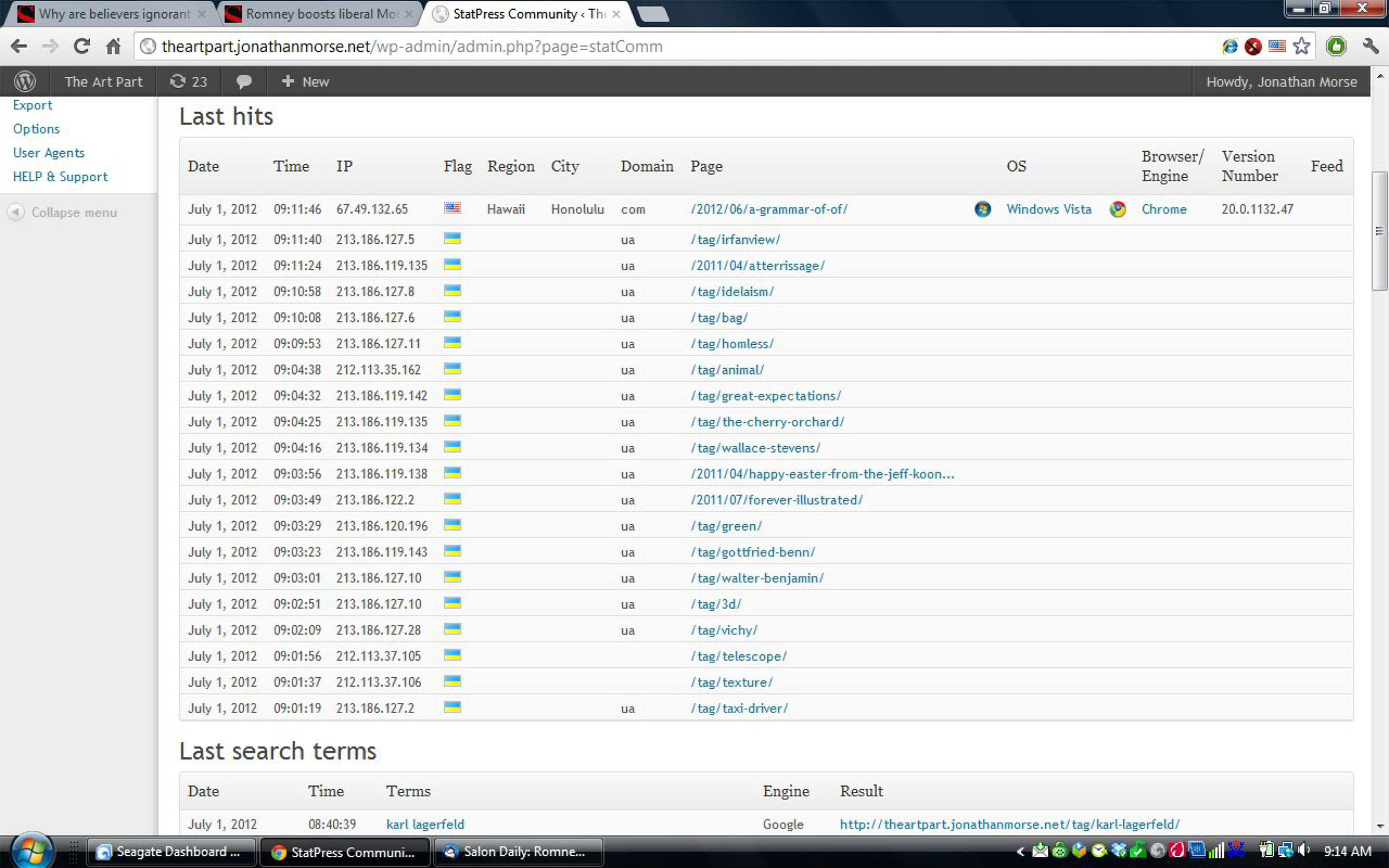 The page view marked with an American flag was mine. Everything else on the page — all those hits flying in from an ever-changing array of internet protocol addresses and then touching down, exactly seventeen seconds apart, on every single tag for every single one of my blogposts — came from a spambot in Ukraine. The term “page view” implies that some human being is looking at language in a language-enabled way, but the bot that generated this arrival log is the agent of a different purpose. What that purpose might be, however, isn’t clearly discernible.

Indiscernibility has a literary value in its own right, of course. Anne Carson’s adaptation of Sophocles, Antigonick (New Directions, 2012), comes to us as a printed text with interspersed pictures. Some of these images are illustrations obviously related to the text; others seem to be primarily mood pieces. All of them are printed on translucent paper.

Which means (so to speak) that you can’t fully see the pictures because the text makes itself seen under them, and you can’t fully read the text because the pictures make themselves seen over it. The text itself, studied with the aid of a blank sheet of paper, is a facsimile of Anne Carson’s not particularly legible handwriting. It begins with Antigone and Ismene talking about Beckett and Hegel, but its presiding theoretical genius is clearly Brecht, he of the alienation effect. Don’t even try to read me, says this book. Or, if you must, if you’re an Antigone and not an Ismene, then read me in spite of myself.

But when Brecht thought of Verfremdung he had a textual consequence in mind: to get his readers out of their plush seats and march them on down to the nearest Revolution Books.

So hup 2 3! So hup 2 3!
Comrade, this here’s the place for you!
Enlist your ass right now in the Workersunityfront
Cuz you know, like, you’re a worker too.

The Curtiss JN-4 “Jenny,” beloved craft of the barnstormers who rode the skies of America in the years just after the Great War, was notoriously underpowered. The fat man in this picture probably wouldn’t have qualified to leave the ground in this airplane on that sunny day at the end of winter. But for his contemporaries in 1922, the great year of Ulysses and Babbitt, The Waste Land and Reader’s Digest, the fat man loaded an argosy with a vernal freight of literature. 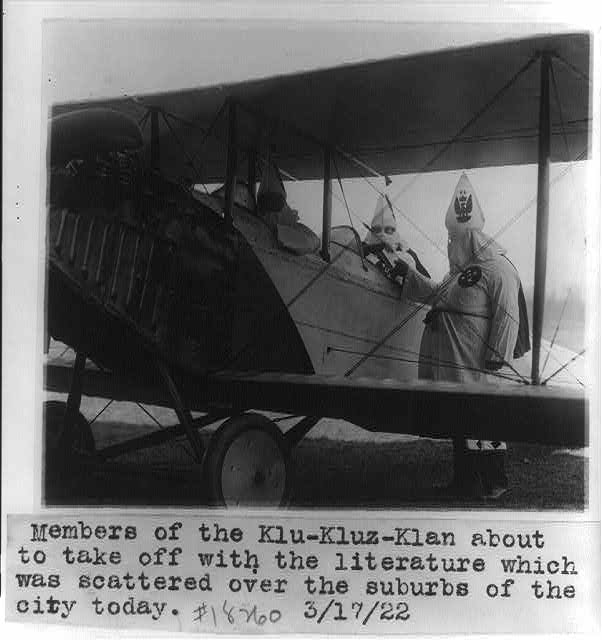 “The city” in the caption is Washington, but the exact words of the fat man’s literature don’t seem to be mappably deducible from there. But that’s all right. After all, the Klan called itself the Invisible Empire. Here’s another view of the invisible men and their vessel, with insigne. 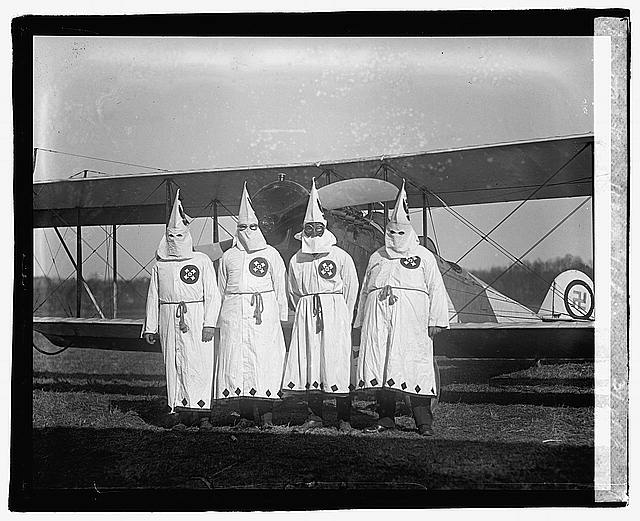 Ninety years after this picture, literature is still afloat in the aether, not yet aground on meaning. It’s indecipherable where it is, but haven’t conditions always been undecipherable up there? What could be the meaning of a page view staked out with a flag, or of a packet of literature being stowed for a bomb run, or of a painted symbol to which history hasn’t yet affixed words? The missing words mean that significance hasn’t yet completed its descent to us. For now, as one of its captions warns us at the outset of reading, we can only wrongly say. 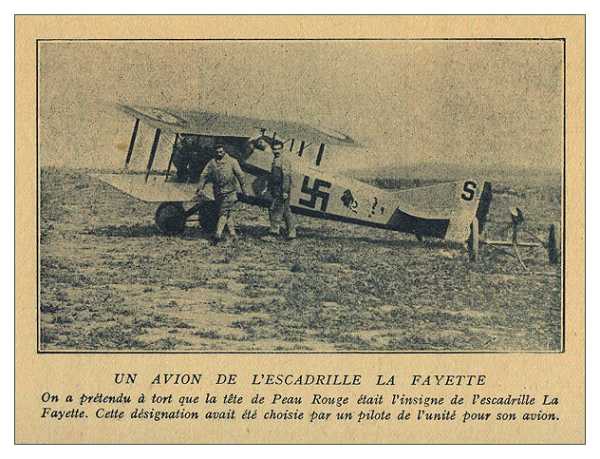