I called the picture that I posted on my Tumblr page “Onyx.” 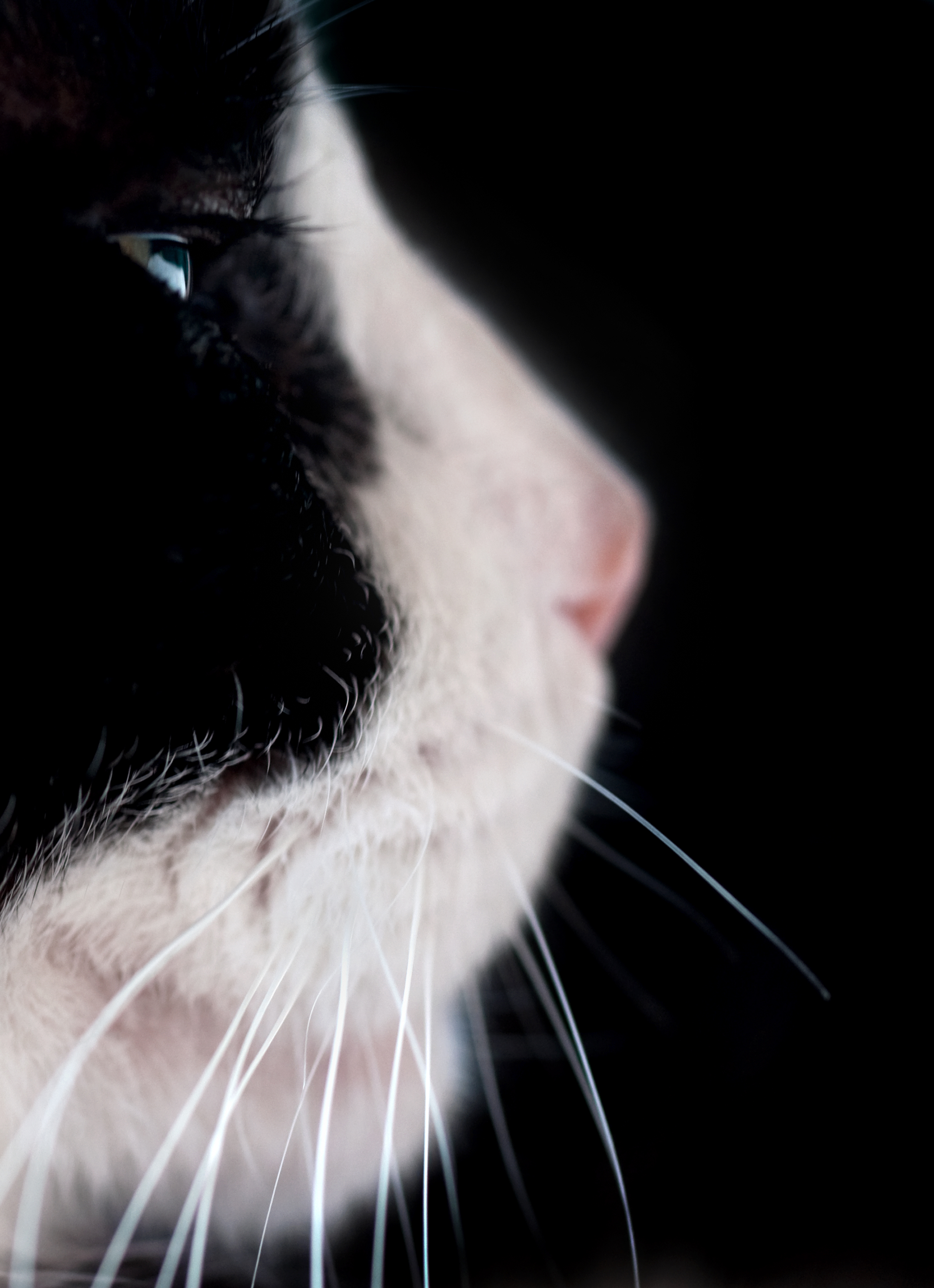 But the Japanese Tumblogger who reposted it had another name in mind. “HIGE,” she wrote in capital letters — a word that means “WHISKER.” Rewhiskered, my cat’s image was then instantly reblogged by dozens of other Japanese sites. Every one of them was kawaii: a Japanese word that translates as “cute,” but with a richer connotation than the English word. Kawaii is the uniformly thick coloring-book line that metes and bounds Hello Kitty, and the big hair and big eyes of manga and anime, and the infantine nightmare figures of Takashi Murakami, and the dress-up ritual (Yukio Mishima converses with Philip Larkin about spanking the maid) that is known by a pseudo-English name, “cosplay.” Reblogged, my cat now (as of April 6, 2013) cosplays with playmates in Tumblrspace, here. Elsewhere on the same site, more costumes are worn and more smiles are smiled. Unlike the girl in white with white confection and white teeth, these images are obviously old. Their reblogger certifies them as such with a pair of antique dates: December 17 and 19, 1937. But they too are kawaii. In a cute world, they are cute. How cute they are, after all, these smiling soldiers hugging smiling little kids. A newspaper, Mainichi Shimbun, immortalized the smiles, and now their dentition will last forever, reblogged aere perennius.

On December 18, 1937, a different newspaper, The New York Times, mentioned those same smiles in words equally black and white but perhaps less immortalizing because merely words. An image of the headline under which the words spoke looks merely like this 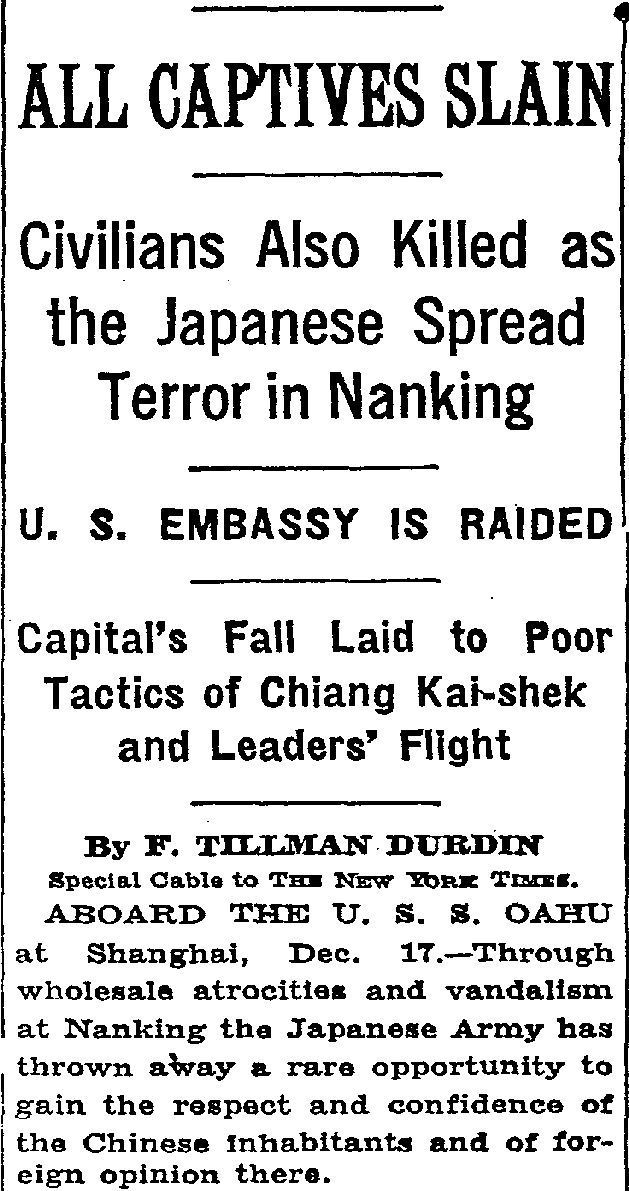 Except for the neutral shapes of the letters themselves, there is nothing to see here. However, a few more inches down the column  a game of cosplay begins. Playfully swinging from newspaper to newspaper, the New York Times grabs Mainichi Shimbun’s imperial photographs out of their Tumblframe, spins them around, and boots them all the way back to 1937. There, mugging and juggling, it mimes an explanatory 1937 caption to the 2013 pictures of cute soldiers cavorting with my cute cat.

Still aglow from their proximity to the sweatless volleyball girl with her perfect teeth, the words “greatly enjoyed the spectacle” bask briefly in the disciplined beauty of art. Just as the girl underwent orthodontia, the New York Times journalist served an apprenticeship to journalistic convention. But in the nature of poor brief mortality, his kind of communication from whatever form history might once have had before it was reblogged can’t last much longer. Now, in the final years of their pre-Tumblr existence, some unpictured pages from the history of China come before us in antique fonts and antique verbal conventions to plead:

Find a Chinese, Filipino, or Korean who is old enough to remember the Japanese occupation. Say to that person, “We Americans feel guilty about Hiroshima and Nagasaki.” Listen conscientiously then to what you will be told in reply.

But no, of course you won’t believe it. A line like “You should have your head examined” isn’t cute enough to enter into the Tumbldeathlessness of art. It doesn’t have pictures.