From left to right the words dance past. As words, they claim to mime a song of pain. “Badly handled,” they say they are crying. But the words “badly handled” are visible, only: particles of gray prime-coat, mutely darkening a surface. 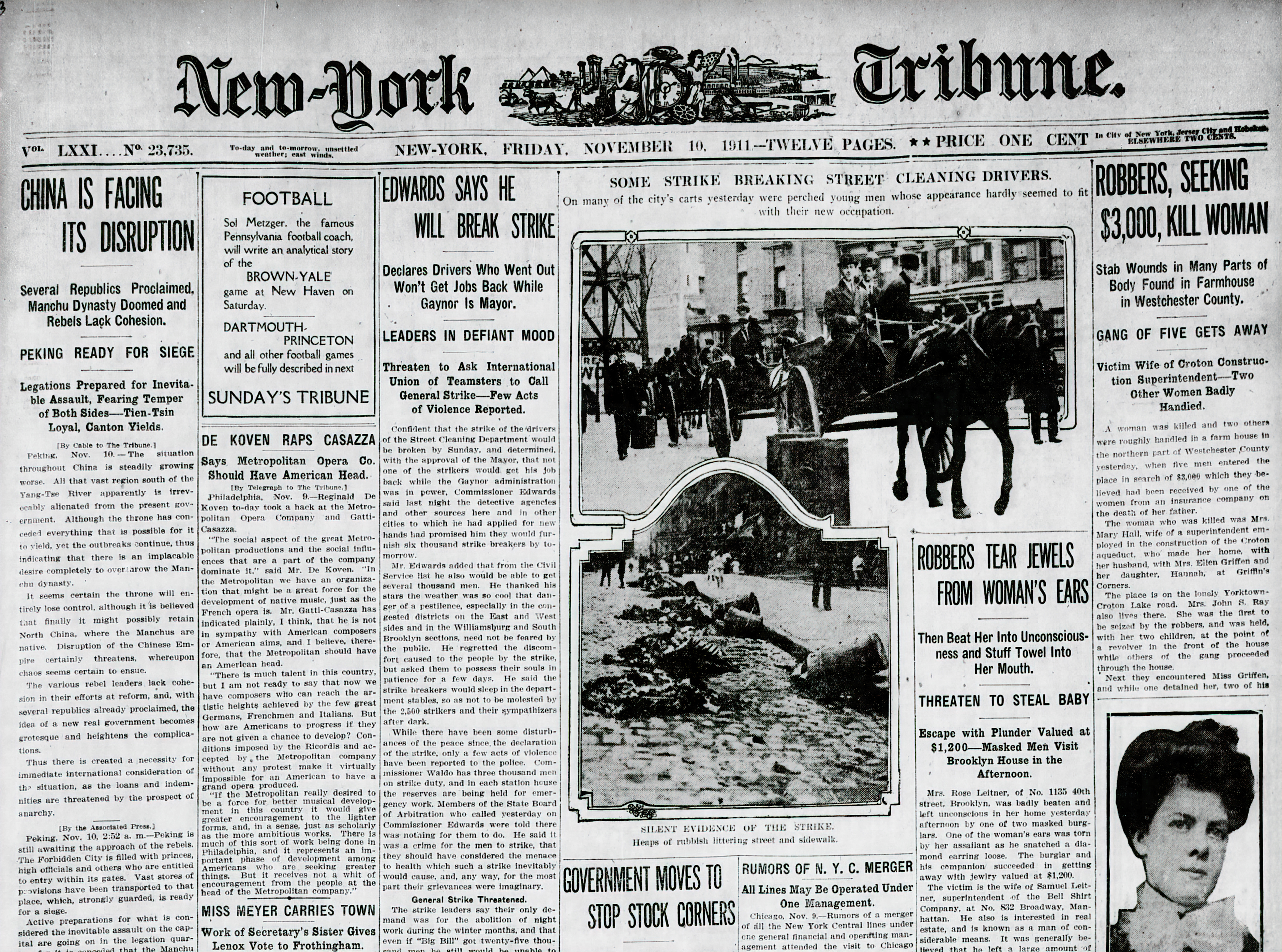 But an image isn’t a surface. If it is seen to be dancing from left to right, it is dancing all the way to the depths of itself. On their page the New-York Tribune’s gray paragraphs are separate from one another and static, but this horse en pointe and the three men with clubs work with one another in a single moving mass. In fact, they seem to belong to one another, as if they had been conceived in unity by someone raising his legs toward a barre as his body thought through an idea about space.

Close to the image but still outside, one more paragraph frames the unity as an expression of a concept such as “pain.” Pain is kinetic in the transformation of the word stone from noun to verb, but it also distressingly latent in the fear-adverb inside. The image itself has attempted to make a break with uncertainty by perforating one of its own imaged windows, but of course that can’t let us in. Read from outside image, the term inside can only signify terra incognita. We will never see far enough inside. Never again will this horse descend from pointe.

But the custodian of the horse-image has noticed some other words within, and keyed those to a history preserved in words outside. With that key the Library of Congress’s online link teaches us the image’s coordinates in time: “Photo shows the garbage strike in New York City, Nov. 8-11, 1911.” It adds a coordinate in space, “The lamp post sign is for East 57th Street,” and with that we may seem to have escaped from ahistorical image and reentered the chronicle of time through which we pass. Year by year we have been stepping away from the image’s cobblestones and leaving behind the people inside, and now that they are interred where lies the year 1911, we seem to have broken free into a margin-free, illimitable field of vision. Far from sight or memory of the horse on his cobblestones, we may think that the East 57th Street we see now is a state of being that we actually know: the state we see on today’s TV, decisively erased from print’s black and white: a finally permanent history of a stage across which will now go dancing — forever, and forevermore unregulated! a corps de ballet of hedge funders and international criminals.

But the horse with the sore on his hip and the men with clubs haven’t finished dancing themselves into realized being. They have only begun their translation from life to image, but having begun, they have begun putting on immortality. For them who started dancing and for us who have seen the dance, East 57th Street will remain a 1911 coming again and again to mind. There, in the mind, 1911’s stony thoroughfare will remain under the control of men with imaged clubs who have been authorized to force us, when the time comes, back to the barre for the next position.