The legacy of the Amherst College astronomer David Peck Todd (1855-1939) has been pity and derision. Astronomers know him as the but-for-the-grace-of-God colleague who almost but not quite discovered the moons of Mars and was defeated by cloud cover every single time he tried to observe a solar eclipse. Readers of poetry know him as the husband of Mabel Loomis Todd, Emily Dickinson’s first editor, who betrayed him with Dickinson’s brother. Julie Dobrow sums up the sad story at

In 1924, briefly released from the mental hospital where he spent his last years, David showed up in Washington and attempted to make radio contact with the Martians. I tell that sad story at

But he posed on the occasion in the observatory at Georgetown, and some photographs survive on the record in the Library of Congress. I observe one.

Doesn’t the man in this image deserve to survive as he would have liked to be remembered — smiling and competent, at the controls in chiaroscuro and beautifully shined shoes? In hope for him and for us all, I photoshop. 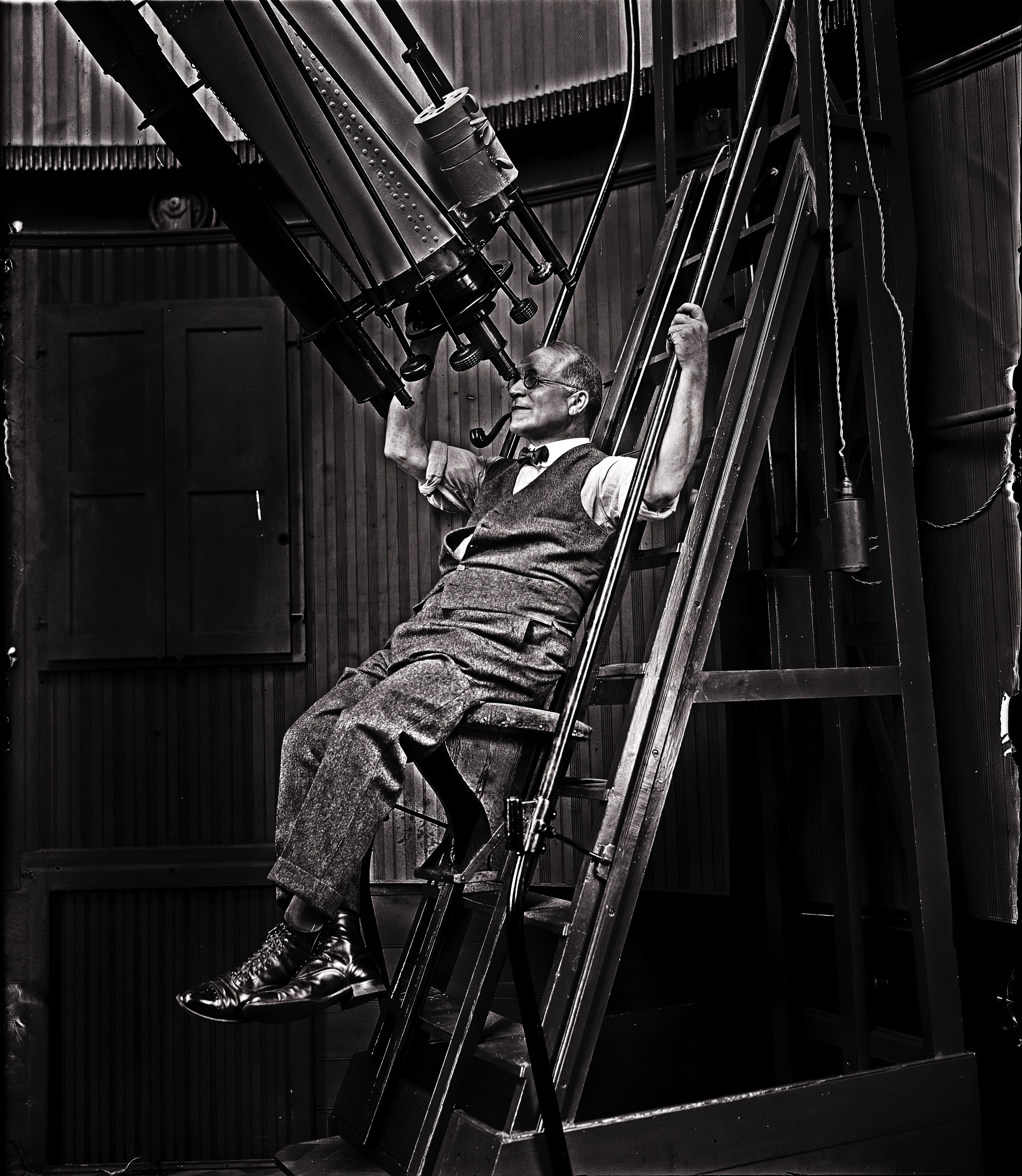 One thought on “Restored, perhaps rightfully”