Published eighty years ago, probably on cheap paper in a mass-circulation magazine (online, it’s unattributed), this page has physically deteriorated in the course of nature. 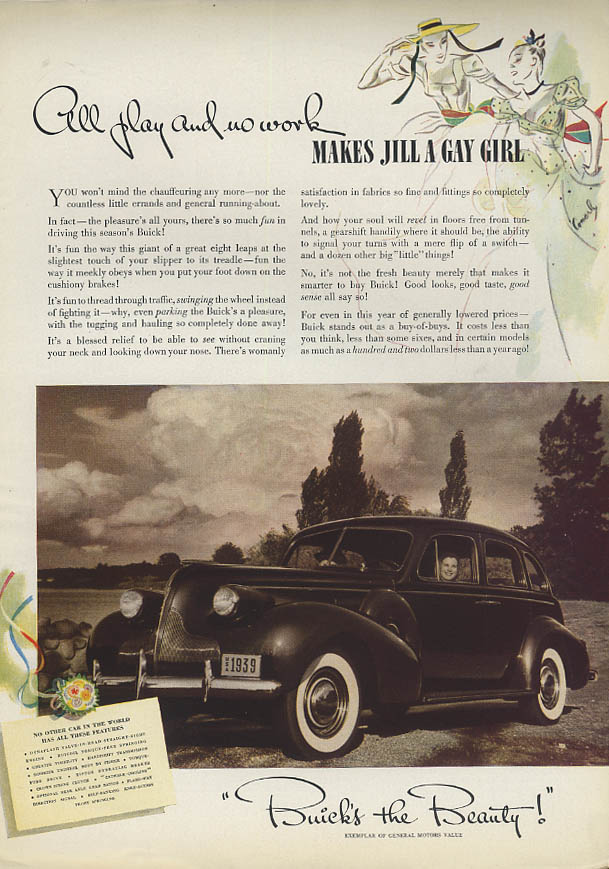 But we can be helped to see it with refreshed regard. Tear out the page, carry it into a dressing room, read it into a computer, and the light reflecting from the mirror will grow bright again. The film of age will seem to have been windexed away. 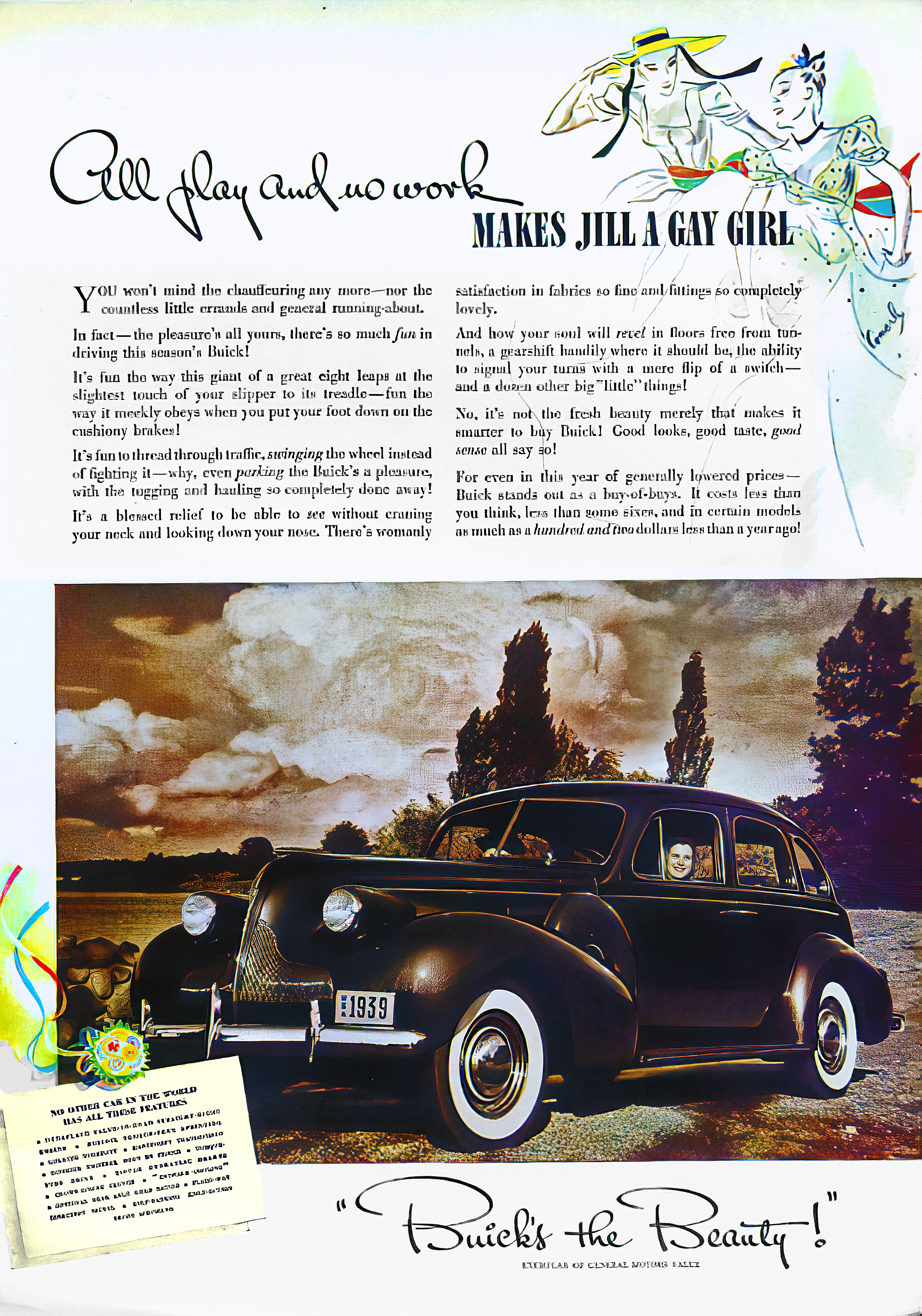 Brightened, the pictures (of hat, of corsage) have been repaired and restored to what they seem to have been at the time of their conception: cultural emblems, metonyms of the feminine. Look at me, they say; in myself, as such, I am pretty. That is my primary meaning. But the color pictures bracket a page of words in black, and those have their primary meaning only off the page. They are less a text than a musical score — a score for woman’s voice, solo.

In current performance, this score’s fidelity to register is low. Its reception has been made partially obsolete by advances in recording technology. “Slipper,” the voice was intended to whisper in sibilant soprano. “Meekly obeys,” it was meant to murmur with a smilingly knowing evocation of a vow at a wedding. When it sings, “Put your foot down,” the voice is probably intended to perform a messa di voce, swelling and diminishing between masculine loud and feminine gentle. But after eighty years we hear the shellac rasp and see the whiskers showing through the soloist’s makeup. History is beginning to mime from the aisle that it’s time to cut the performance short and leave. “Treadle” is 1939 sewing-machine nomenclature, but not even a feminine exclamation mark formed with a dainty little circle can make an audience believe now that Buick the Beauty had ruffles around her pedals.

No; despite the page’s restoration in historical space, its time has continued being 1939, decay and all. Photoshop has refreshed the colors of the page’s language console, but the console itself is not a live vocabulary but a Victrola running at 78 rpm. Never to rise away from 1939 and go free, its sound from the time of black and white only fills and refills the yellow-filtered Edward Steichen atmosphere of the stage which Buick traverses. There it enters her open windows. And there in her, treadling as he holds back his tears, slippered gay Jill drags through his errands.

* A treadle, under the unmotorized sewing machine. You rock it with your feet. 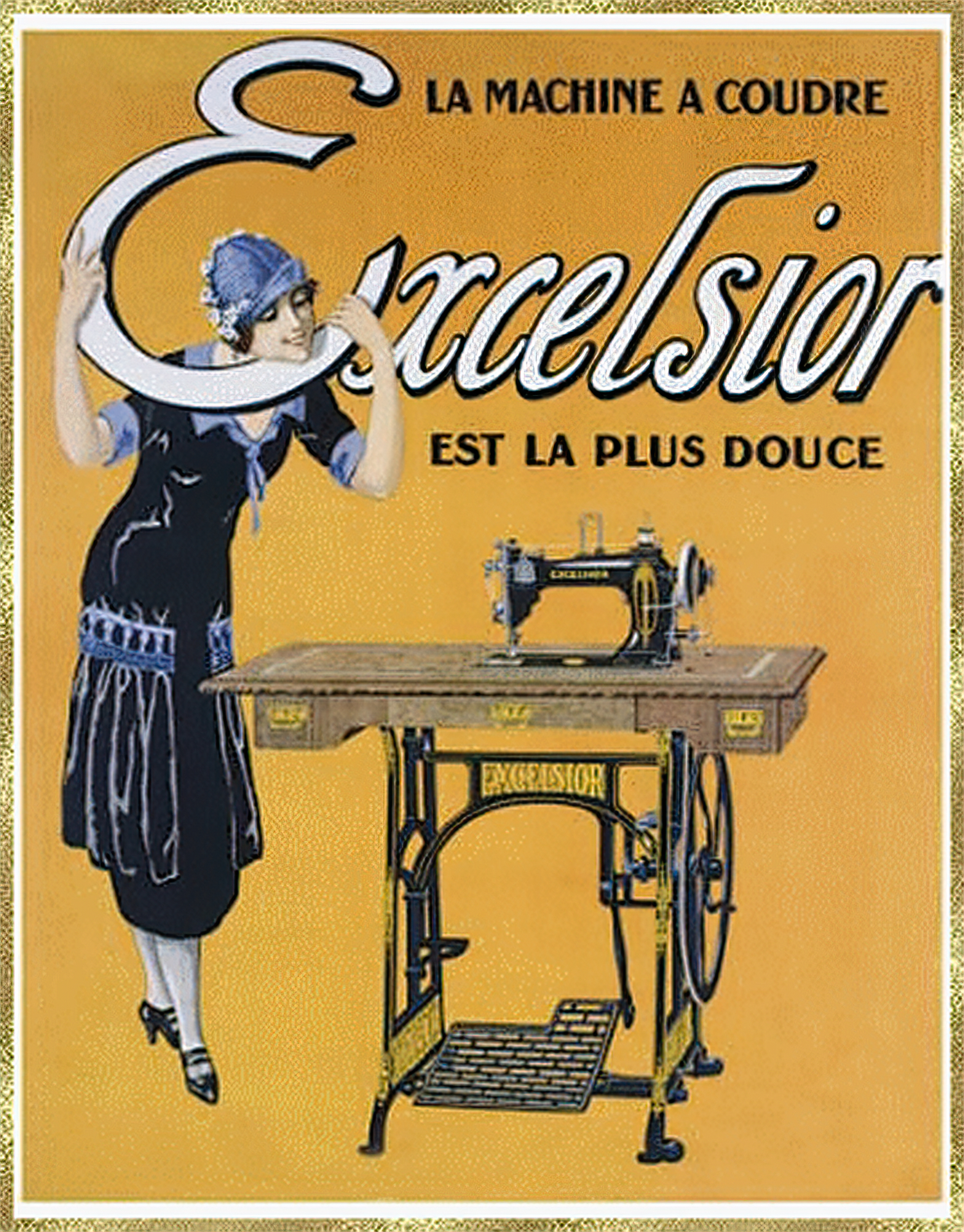