Of the muscles: now bunching and heaping at the shoulders.

Of mud: for the first time in fashion history, jumping in thick drops as wind’s new mode blows it free from the ground.

Of light: reflecting instantaneously from smooth leather lowering itself into two dark cockpits. 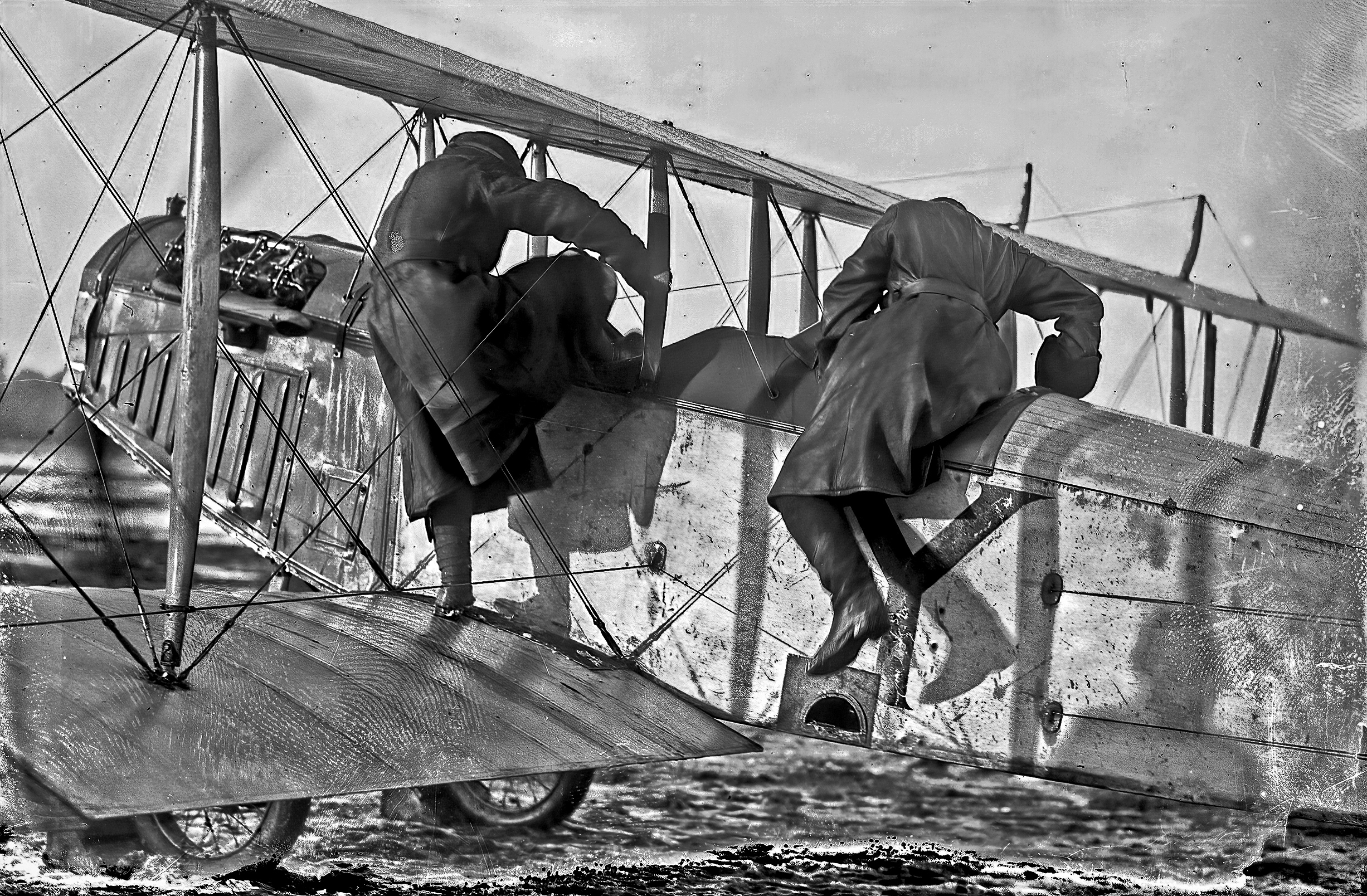 And on a wing, a fingerprint. This is the witness’s mark of a pre-literate history. It is to be interpreted as attesting that a camera attached to someone’s body has recorded a new mode of seeing the body. Until that instant there had never been a fashion plate representing an air full of the preparation for flight. Not until then had there been a need for a word meaning, “Last moment before two bodies drop heavily into something that mind has made and then rise free of body.” But such a word is what is expressing itself through you now.

Source: “Pilots climbing into the cockpit of a Curtiss JN-4 Canuck,” Provincial Archives of Alberta, Robert McKenzie fonds, PR1991.0305/23, https://www.flickr.com/photos /alberta_archives/17428524715/in/photostream/. At https://jonathanmorse.blog/2015/05/09/transport-ii/ I also discussed this image in 2015, but not in this Photoshopped form. Modern images of a reconstructed Canuck can be found at https://fairchild24.com/canuck.htm.