The name of the brutal victor in the Ruhr Uprising of 1920 is inscribed at the top of this image. Someone with a military education will be able to read additional name-functions on the victorious body itself: the epaulets, the collar badges.

Then, in more specific characterizing detail, the Iron Cross and the Pour le Mérite: the fundamental, defining militaria, the ones that remain after all the inessential others have been taken off the tunic.

Then finally, with enough connotative association to intimate a biography readable as if it were a novel, two traits of the general’s Bildung: the monocle and the dueling scar. Consult your read experience now and you’ll probably discover that the things like these within the photograph and not the words at the top are what communicated to you the term German general. Now that you and I have learned German general, however, we are free to try realizing the general’s pale eyes with more words. The term that forms in our heads might be, for instance, a Nietzscheanism along the lines of blond beast. 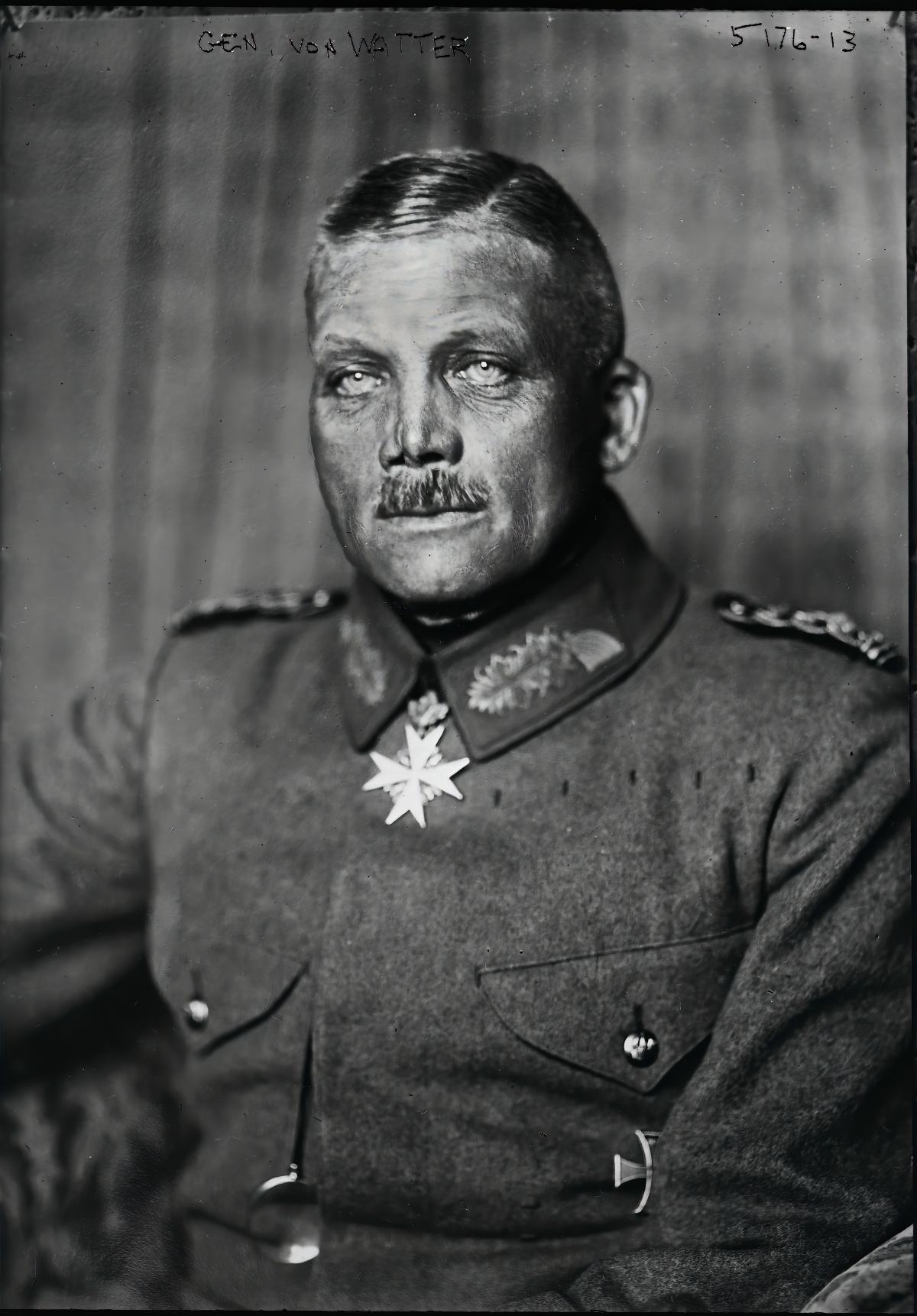 He is unidentified, this man in the photo album dated 1923 and titled Soviet Russia in its early years : A collection of photographs presented to the New York Public Library. A reverse Google image search reveals no name for the man except “Unidentified” and no historical reason for the image’s having been created. Unlike the image of General von Watter, this almost contextless image has only the most general connection with the making and the seeing of it. It can’t be understood in words. “I am something having to do with the Soviet Union circa 1920,” it says, and that is all it says.

But of course if we remove the captioned matte from the image, the word-free remainder will be seen to communicate somatically, through body connotations.

Since you’ll appreciate a demo, this other image of nose and mustache shows Nathanael West, whose short life in words was a single extended riff on the trope, “Funny, you don’t look Jewish.” Once upon a time somebody did something Westian to the image of Unidentified: he identified Unidentified with a number, “18,” and wrote it down on Unidentified’s collar. The Westian punchline, of course, was that bleak “Unidentified” and optimistic “18” turned out to mean equally only nothing.

What you thought when you saw a number branded on what looks like a Jew also meant nothing. You are guilty of anachronism, and of course the archives may eventually reveal Unidentified not even to have been a Jew. But you did think your thought anyway. After all, what has happened is terrible, no matter who the butt of the joke was. Something essential has vanished from the continuum of color value between a gray-flecked mustache and a black number on its starchy white ground. A living man’s name was once spoken to a photographer but then forgotten, and then a backup number was written on a photograph but likewise forgotten. All that’s left of all that history is something called Unidentified, and you want that to have an identity and a name, like you.

The face of Unidentified is the face of that want. It is a state as irremediable as death. Unidentified’s eyes can never see beyond the lenses through which they seem to look toward us. Unidentified is locked into his silver halides. Every promontory of the face that he turns to our living gaze has been flattened into a single plane, crystalline and changeless.

But if we are never to see that face in the round, we can at least read it, the way we read General von Watter’s face amid its novelistic accessories. Behind the sensitive halide surface from which both men seem to look is nothing but opacity, but we can see all the way up to the brink of the opacity because the two men between it and us, men highlighted for our reading with embroidery and numbers, can never now strip back to pre-narrative nakedness in the light that wraps their portrayals in layers of verisimilar cloth. Because we don’t see their eyes in the round but read them on the page, they cannot see us back. We are free to read without dread.

“Unidentified”: Soviet Russia in its early years: a collection presented to the New York Public Library, https://digitalcollections.nypl.org/items/510d47db-a827-a3d9-e040-e00a18064a99. Image adjusted in Photoshop for sharpness and contrast.