President Trump grew frustrated with lawmakers Thursday in the Oval Office when they discussed protecting immigrants from Haiti, El Salvador and African countries as part of a bipartisan immigration deal, according to several people briefed on the meeting.

“Why are we having all these people from shithole countries come here?” Trump said, according to these people, referring to countries mentioned by the lawmakers.

Trump then suggested that the United States should instead bring more people from countries such as Norway, whose prime minister he met with Wednesday. 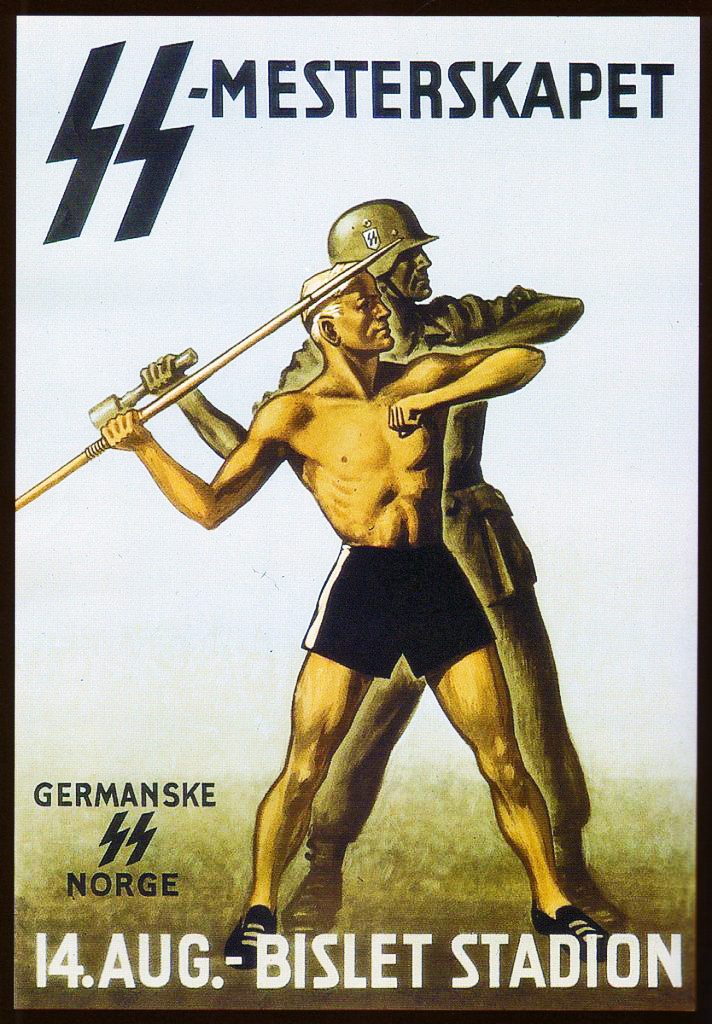 Photoshopped. The titles translate as “The SS championship” and “Germanic Norway.” For information about the Norwegian Nazi artist Harald Damsleth, see http://jonathan-morse.blogspot.com/2010/01/home-front-art-familiarizing-defamiliar.html.