From a portrait painted by her father in 1872, Jeanne-Rachel Pissarro (1865-1874) looks out at us sidelong, lips pursed and mouth off center. The mouth is in the light, but the big staring eyes have been cast into shadow. Only they have been painted with a fine brush to show detail. They are the center of the image’s illuminating force. They show us a glimpse of a life on the verge. In this image, everything else — the layered clothes, the shadow-casting hat, the bouquet of colored shadows — is subordinate to the eyes. The layers of thick cloth in which the child is wrapped serve as an integument. It will ward off, but (its muted, fading colors warn and promise) only for now. Only for the time being, while the body is still warm-clad and the flowers are still alive.

The two figures in my subject line sum up the entire corpus of an extinct language, Crimean Gothic. It has been on record ever since it was compiled in the mid-sixteenth century by Ogier Ghiselin de Busbecq (1522-1592), a Flemish diplomat stationed in Constantinople. His Turkish Letters remain a valuable historical resource, and from the Levant he introduced the lilac and the tulip to Europe. They bloom now outside the library, but of the history of Crimean Gothic the words are no longer spoken and the song is no longer sung.

When the invention of the glass negative in 1854 made it easy to create photographs in multiple copies, a new kind of history book entered the corpus: the photo album, rapidly filling with mass-produced carte de visite images like this one.

It can be read as a document in the history of nineteenth-century sentimentality — a silent little counterpart of, say, a Schubert lied or a Dickens novella. The little girl’s poignant expression mimes the poignancy of her plea, which is poignant in its turn because it is in words that can’t be heard. On her behalf, because she is mute, it asks you to give her an image to keep her company in the dark when her book closes. 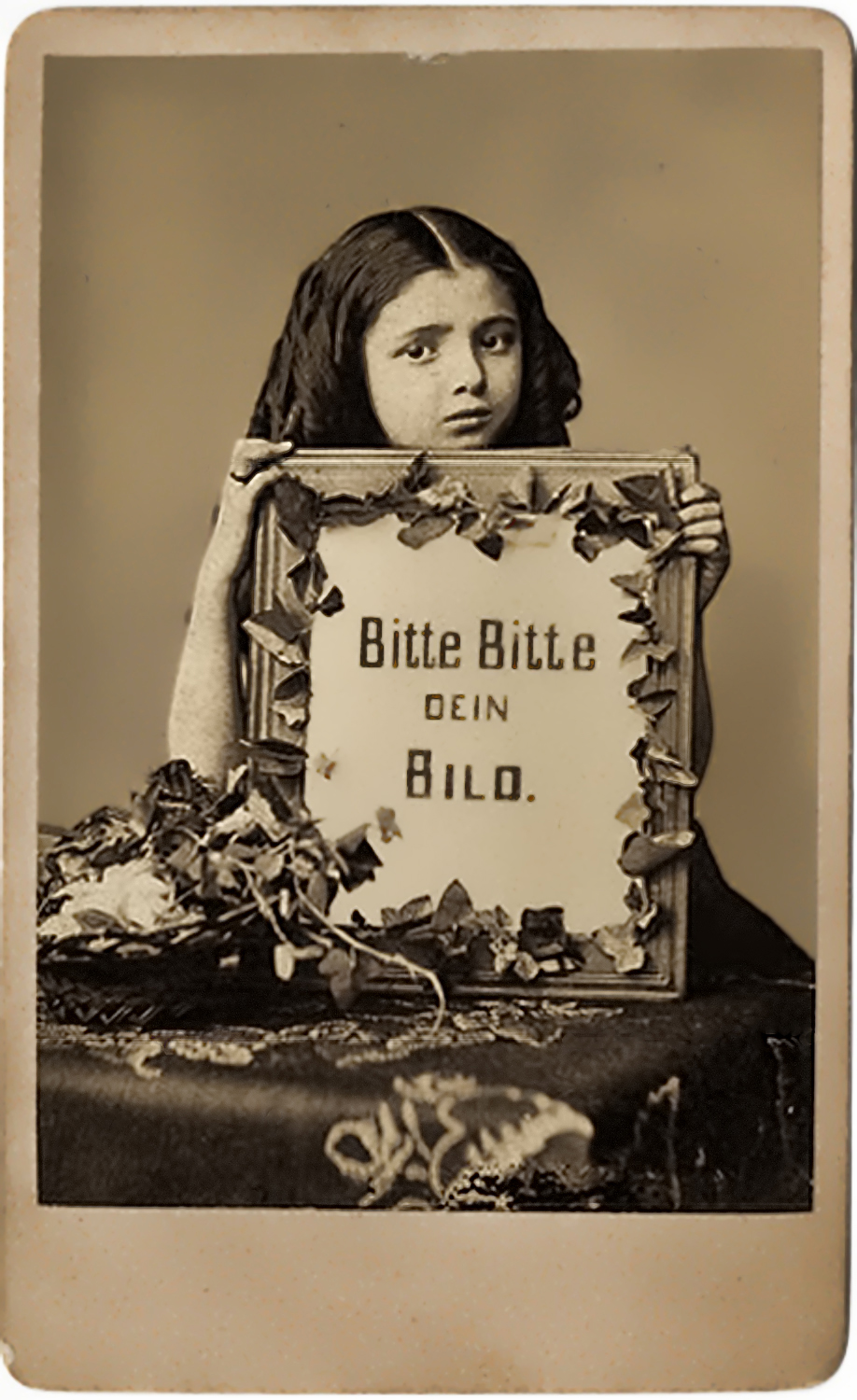