“Is football playing?” asks the voice from beyond the tomb in A. E. Housman’s “Is My Team Ploughing?” By 1896, when the question was asked in that grammatical form, it required less a reply than a footnote. Footnote, then: “Is football playing?” is a middle-voice construction called the passival, and by 1896 the passival had been almost completely supplanted by the progressive passive: “Is football being played?” (Liberman). Housman was a crotchety man, the last significant writer in English who refused to use a typewriter, and that line of his lives on in crotchety uprightness. Crying incredulous tears, its ghostly speaker refuses to concede that he speaks a dead language.

By 1941, when Jack Delano exposed film to summer light in Virginia’s plowland, the passival was firmly dead. “House in the area being taken over by the army,” says the caption appended to the film by the Farm Security Administration, and it says its say in the passive progressive. Under changing skies all over the world, bodies, some of them still alive as of 1941, were beginning preparation for military burial. 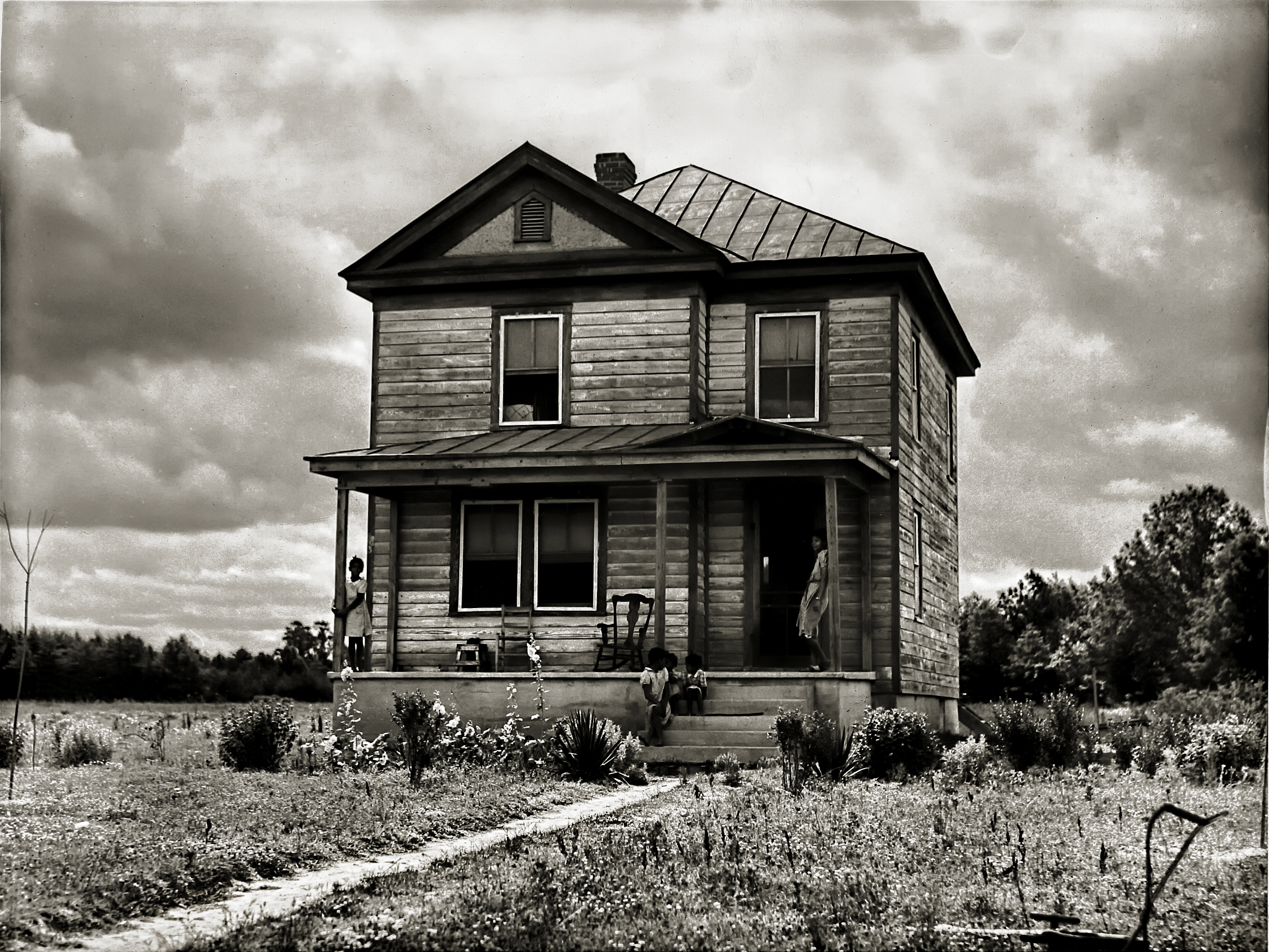 But for the woman and four girls on the house’s porch, the change hasn’t arrived yet. Their flowers still show signs of being tended, and in one of their upstairs windows a bed with a homemade quilt can be seen. After the change, they and their house, quilt and flowers will be commemorated by a print in the New York Public Library’s Schomburg Center for Research in Black Culture, and that document will show no change impending in the sky. 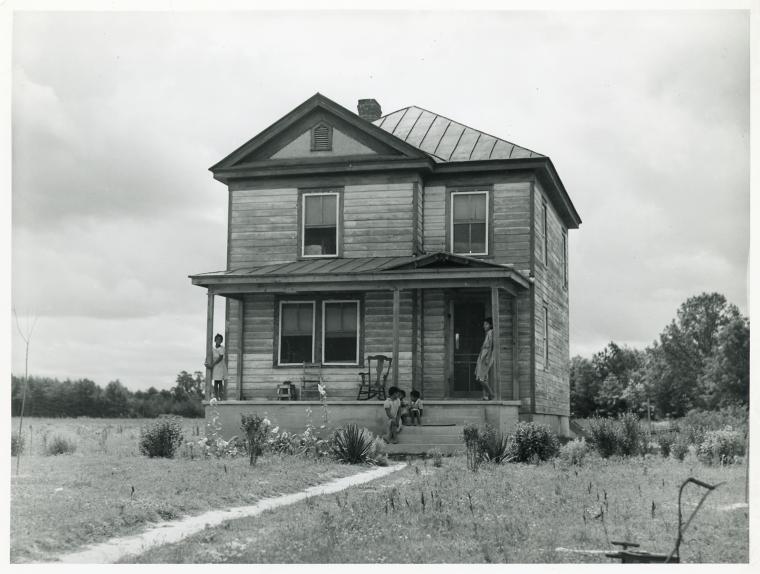 But it was impending. Under certain conditions forecasts can be made seeable, and after all some of them are known all along. The dated caption to this one told us so before we even needed to see its illustration. Latent in the sky, the clouds needed only to be developed under the control of an idea of the symbol. Then and thereafter, they took over and began footnoting the history of being seen.

Mark Liberman, “A peeve for the ages.” Language Log 13 January 2011. http://languagelog.ldc.upenn.edu/nll/?p=2903. In the twenty-first century, the passival survives in idioms like “now playing,” “now showing,” and “What’s cooking?”

Schomburg Center for Research in Black Culture, Photographs and Prints Division, The New York Public Library. “House in the area being taken over by the army; The family will be moved out in a few days, Caroline County, Va., June, 1941.” The New York Public Library Digital Collections. http://digitalcollections.nypl.org/items/510d47df-f901-a3d9-e040-e00a18064a99. Photoshopped.