What is the woman thinking as she grasps a glass in her huge hand? Her clothes are firmly secured and no communication can be opened with her eyes or her mouth.

What is the man in the cap thinking? His body is relaxed only to the extent necessary for taking a seat at the table. His mouth is smiling but his eyes aren’t.

Both hands extended along the legs in the military posture called Attention, the little boy in front of the man is rigid. But his body deviates by several degrees from the perpendicular, and one of the two fastenings that close his tattered coat against the cold is a safety pin.

But it doesn’t matter, because at the center of the scene, eyes alert behind pads of fat, sits the big man with the big glass. He is his image’s low center of gravity. His legs take up all of the space under the table. It is his table, his. He stabilizes all the lives that have been brought close to its cold wood, freezing them into a dark tableau. Upstage, positioned apart from the snow, a greatcoated soldier looks watchfully sidelong toward the wings, while at the big man’s furrily warmed ear a bagpiper in a folk hat worn comically low over the brow makes a crosseyed face while he plays a song.

It can’t be heard on our side of time, but we who can’t hear have been admitted by the photographer Costică Acsinte to a place where the moment of its having become music is remembered. Seen there in snow, frozen note by note into a composition, the song appears to be part of a pageant of praise for the big man. But the auditorium for Acsinte’s pageant is so ample that it can accommodate men even bigger than this one. In fact, you are among some of them now, and they have begun striding forward from your vantage point to approach the image.

Not at all long after March 3, 1940, they will break through the fourth wall, enter a snowy little town in Romania, and make themselves welcome: Brueghel’s hunters, bringing to the big man’s newspaper-covered table their glad news of fresh kill. 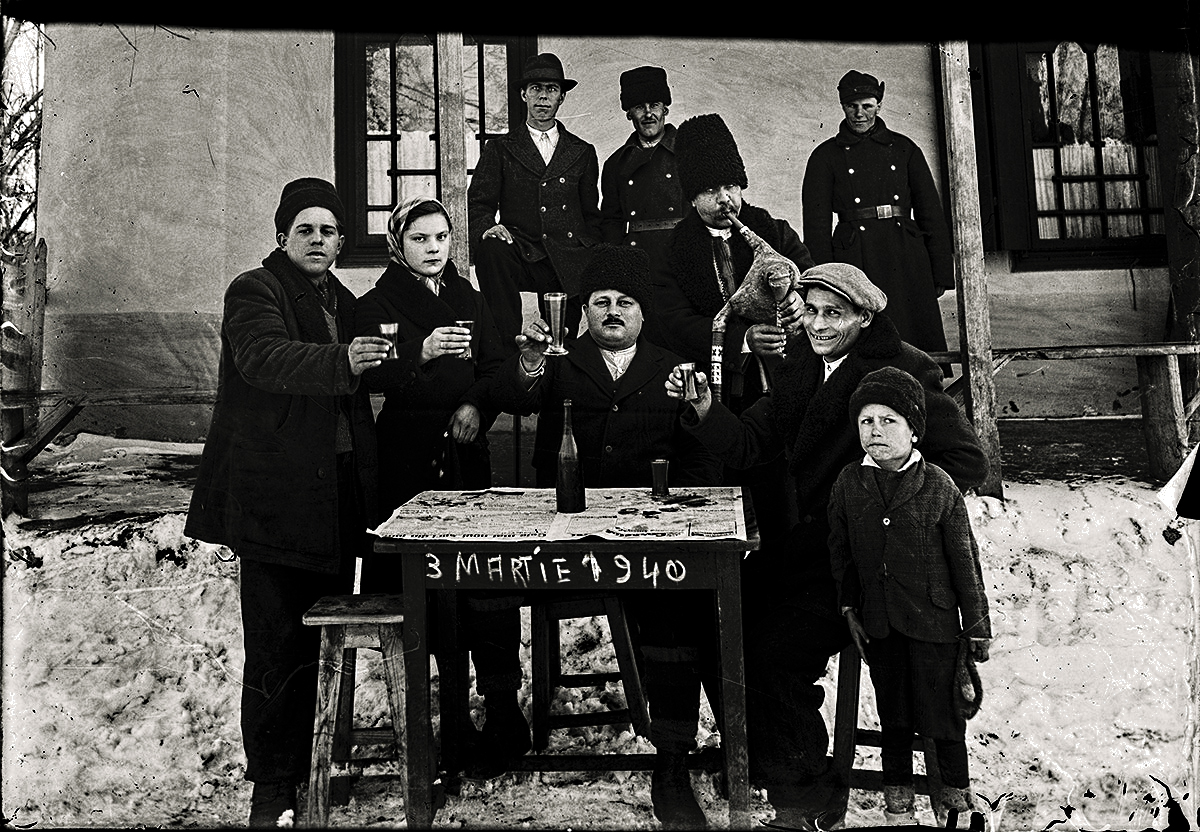