Source of the photoshopped image at the foot of the page: “Helen Rook,” George Grantham Bain Collection, Library of Congress, http://www.loc.gov/pictures/item/ggb2005024344/. Helen Rook, on the right, was a Broadway actress of the 19-teens. In the New York Evening World, May 2, 1918, p. 7, the Bloomingdale’s advertisement promised that she (“Lieut. Helen Rook of the Camp Recreation Corps”) would sing at a white sale. Lieutenant Helen was also on hand the next month when (New-York Tribune, June 3, 1918, p. 6; Historic American Newspaper Collection, Library of Congress) a shipload of Australian officers landed in New York: 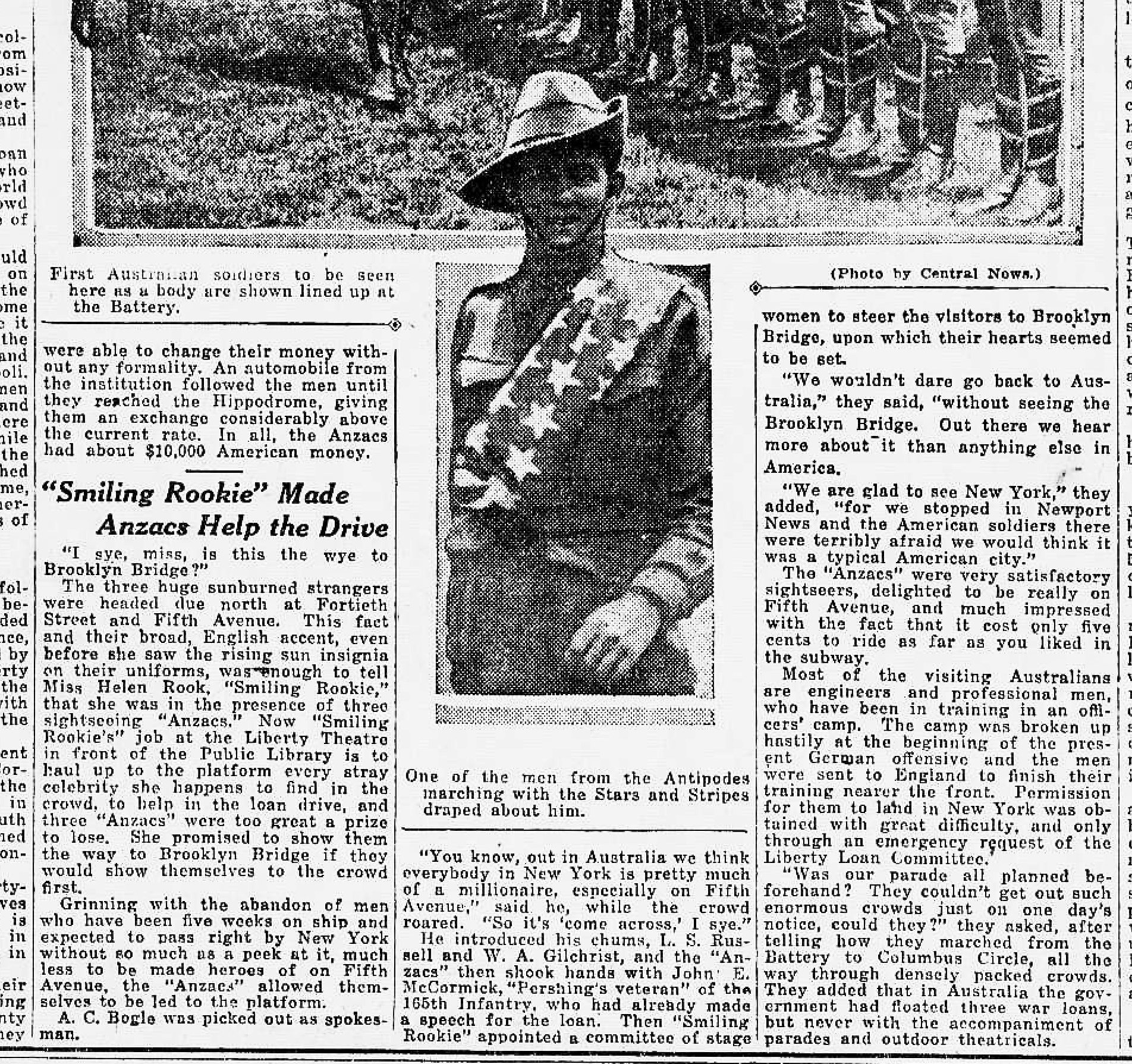 At the foot of the page, a band of patriotic milk dealers added: 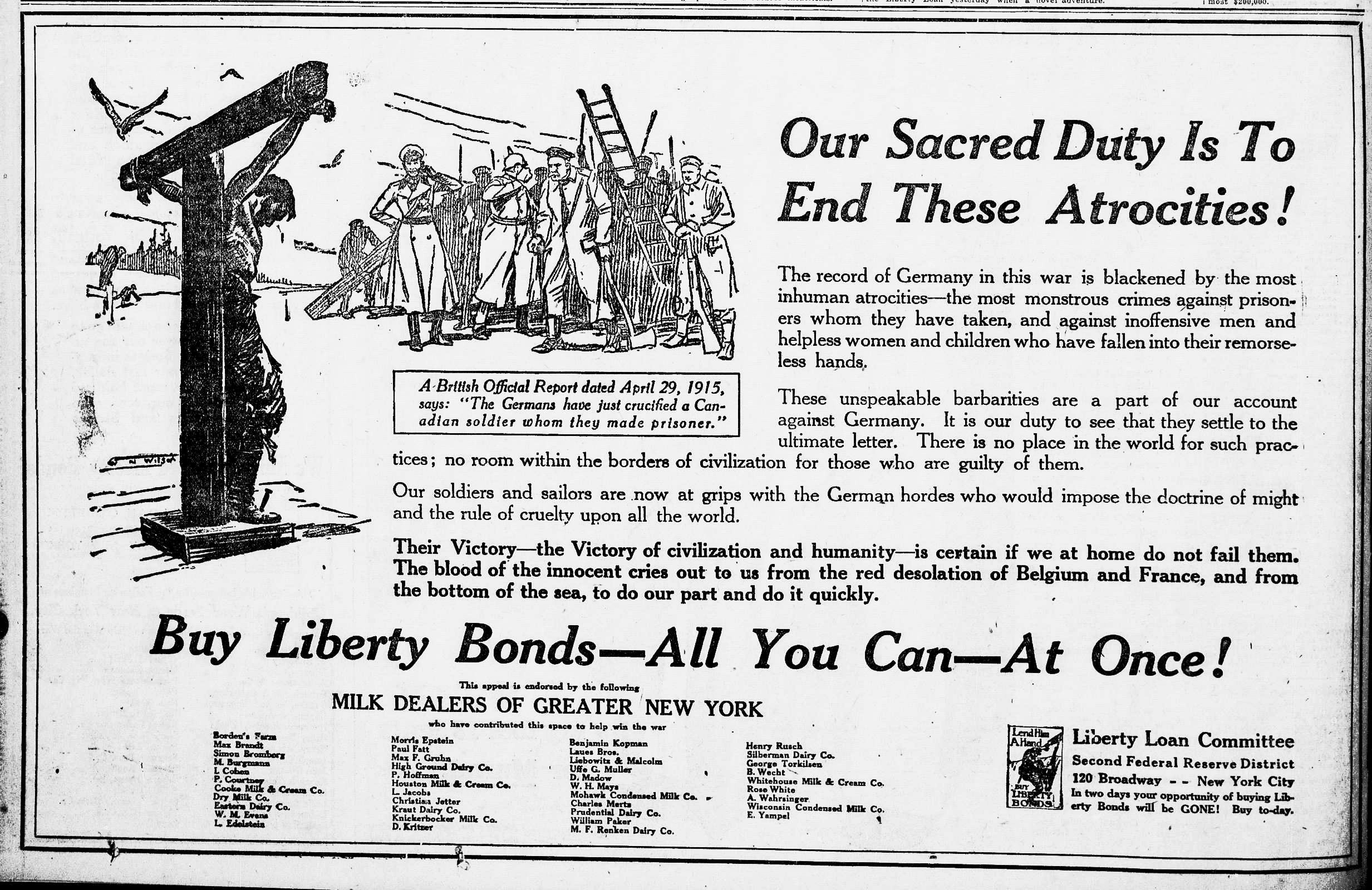 But in spite of the imperative “End!,” Miss Rook still remains available after hours. Touch your keyboard for her and she will come back to unfailing life. See: 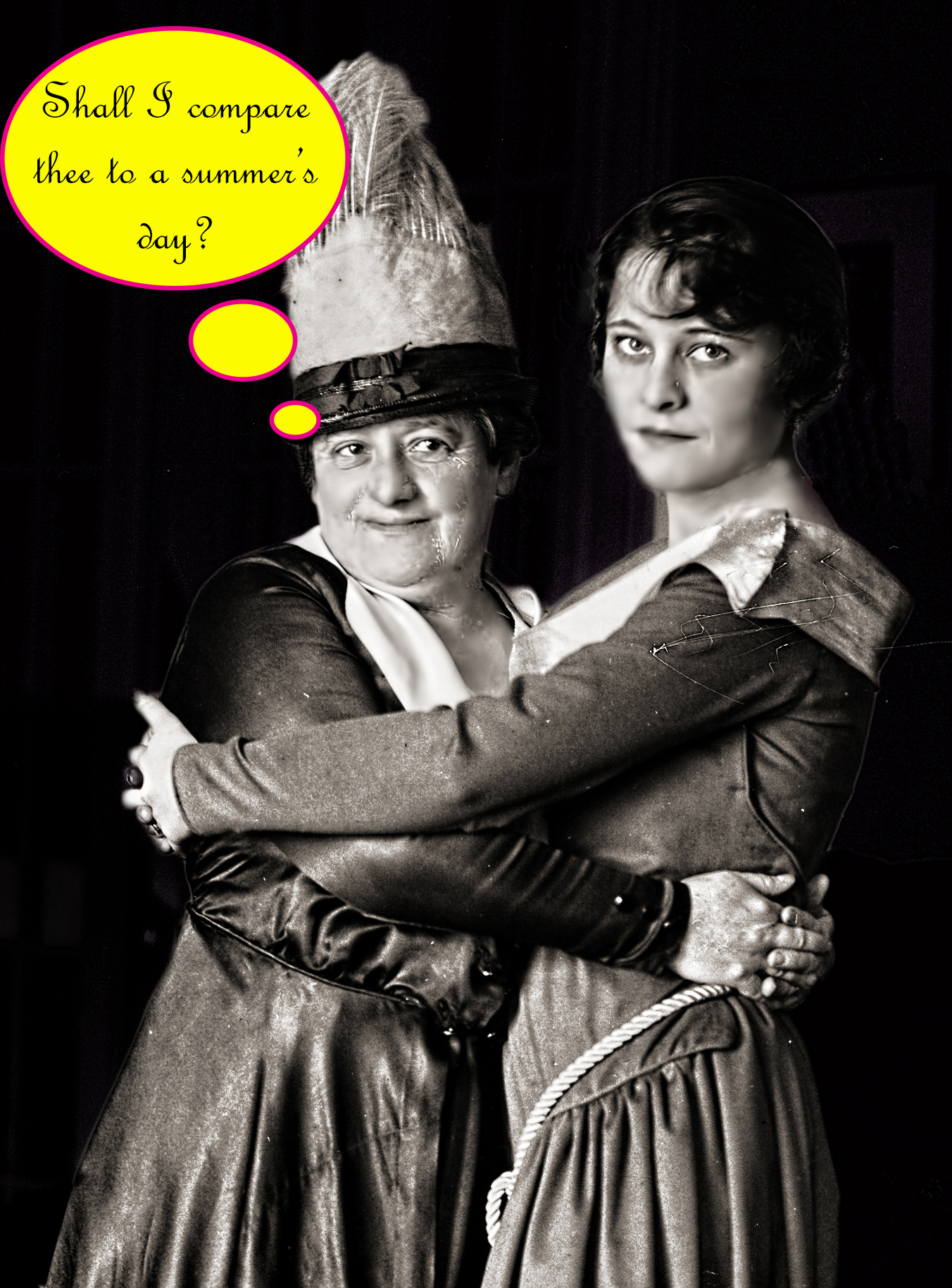