On November 16, 1919, someone named George B. Parks notified what was then called The New York Times Review of Books that a book purporting to be a war memoir was so factually inaccurate that it couldn’t be non-fiction.

George B. Parks was undoubtedly correct. The book he was examining is only 84 pages long, and in that tiny intimate volume the facts stand out only because they are so few and so vaguely described. On the other hand, an extratextual fact, this one startling, is that as of November 1919 this book had already been in print for a full year. Just days after the end of the war, the Times had announced its publication this way. 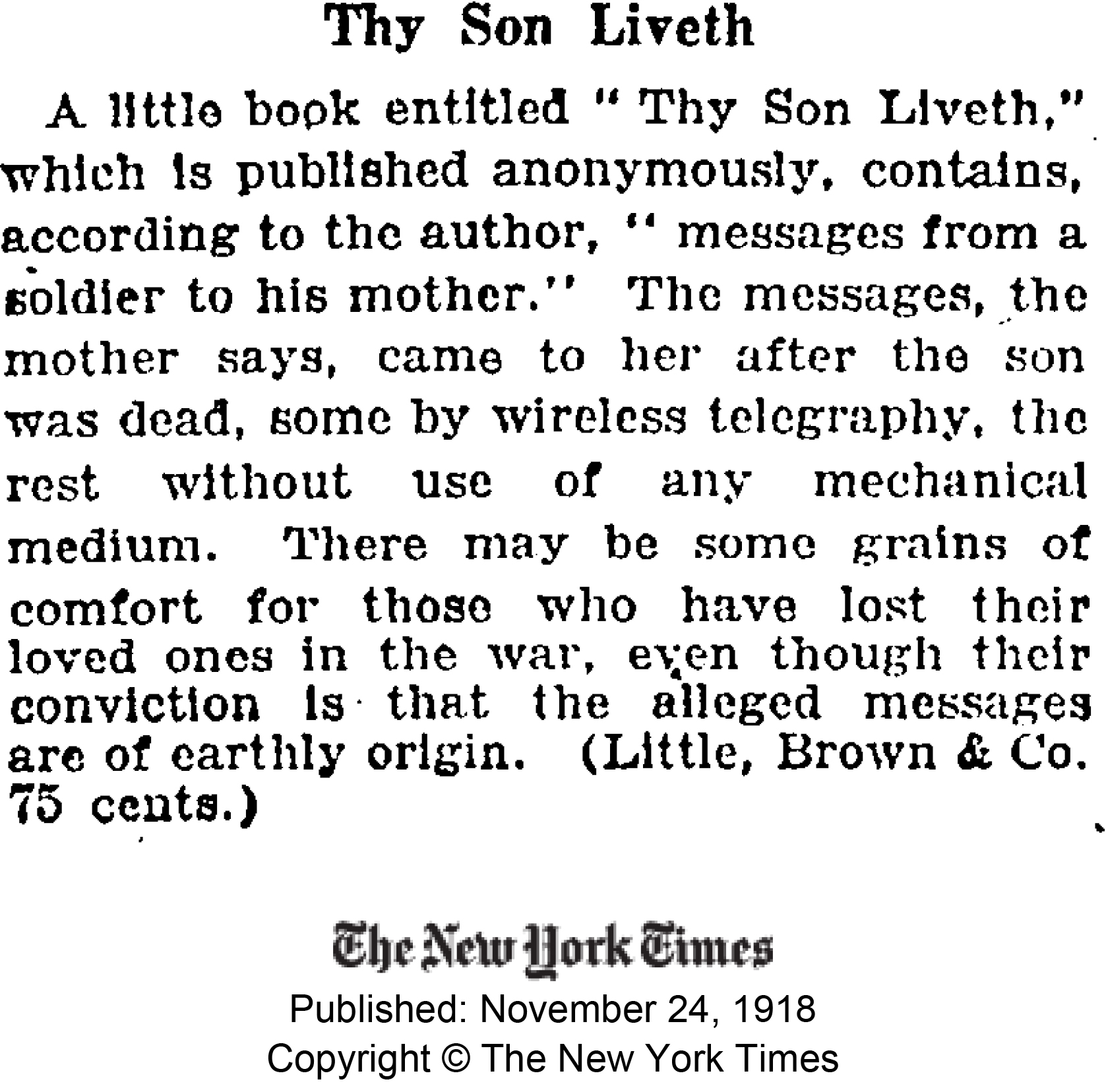 But why? The book itself is not just vapid but almost totally empty. In heaven, wirelesses the dead soldier to his mother, the souls in khaki do, you know, stuff. They have dogs and cats and horses to keep them company, and the dogs travel busily back and forth between the astral plane and the terrestrial but the cats are looked on with suspicion. No reason for this is given. However, we do specifically learn that everybody spends time discussing the text “They shall be one flesh.” What the doughboys in the clouds wonder is: if a woman has been married more than once, with which one of her husbands will she be reunited in Paradise?

Well, the answer to the question “Why?” is in the history books. It isn’t surprising: in the horrible stillness after the guns of the Great War went silent, millions of readers went gleaning for grains of comfort in bookstores, where businesspeople were waiting to accommodate them. 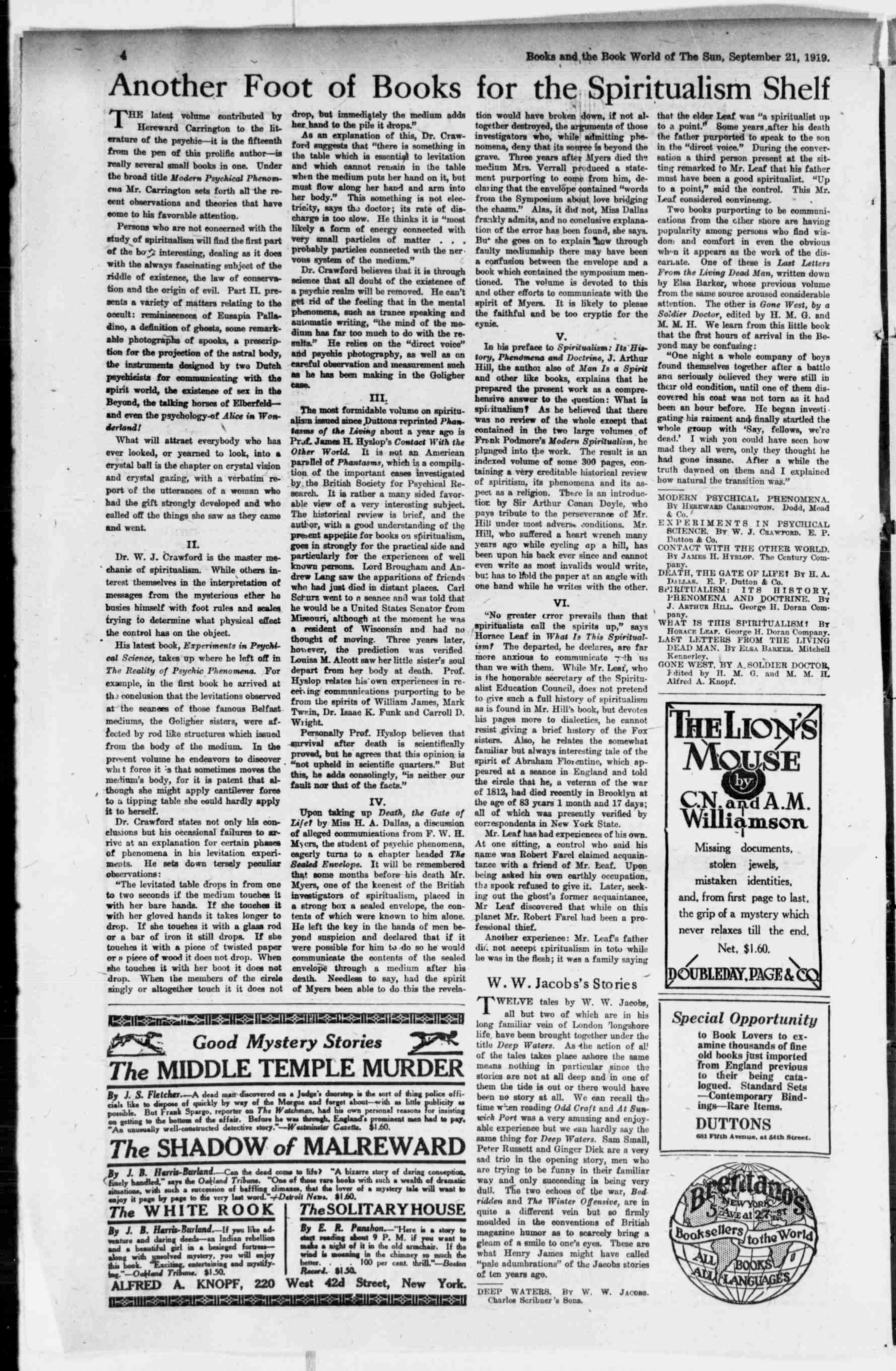 But you wouldn’t read The Gates Ajar or Thy Son Liveth the way you’ve read my paragraph of literary history about them. The consolations of Thy Son Liveth were made available in 1918 and 1919 and 1920 by the respectable Boston firm of Little, Brown, and Company for the reasonable price of 75¢, and of course it was a large predicted multiple of 75¢ that motivated the literary labor of Mrs. Boylan, Mr. Little, and Mr. Brown. The old-fashionedness of that symbol ¢ is the kind of topic that literary history is loquacious about, but emptiness in the heart of a grieving mother is mute. Around the wordless emptiness there bustle George B. Parks and the journalists of the New York Times and Sun and assorted Little, Brown businesspeople, but by contrast with their cheerful realism (“Another foot of books for the spiritualism shelf” [laughs]) the emptiness is only darker, more unimaginable, and more mute, if there could be degrees of muteness.

Ten years earlier, a vast excavation was being hollowed out under New York for the new Grand Central Station. As fast as it was created, however, it was filled again. In this hole, life was ongoing. As of 1908, someone looking at it through a fence might have felt exhilarated on behalf of the excavation’s embodiment of life growing up toward the light from deep in the earth. But ten years afterward, Grand Central was complete and its newsstands were selling fictions purporting to speak in a language from beyond the grave. The excavation had been completed by then, and light no longer shone into it. 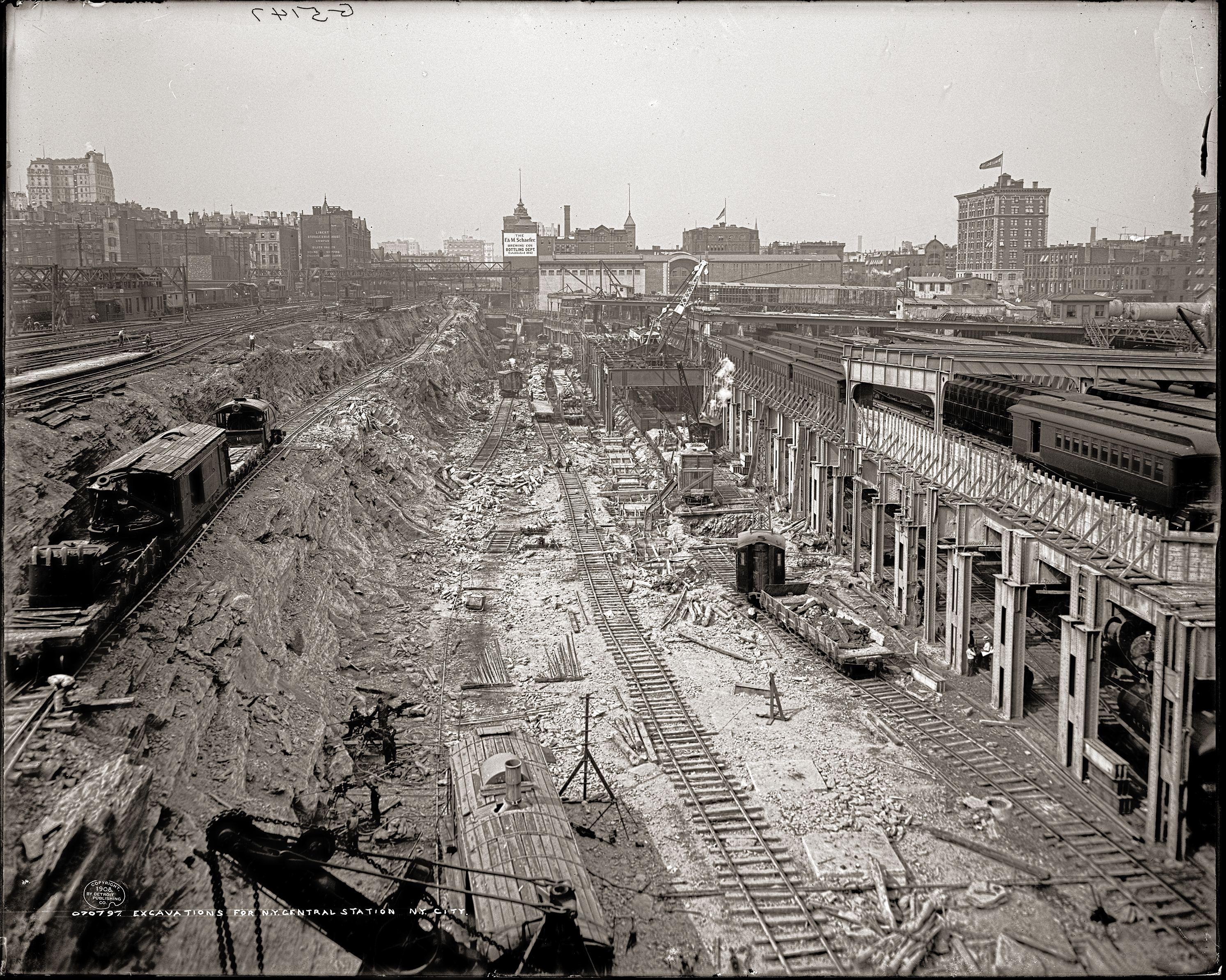