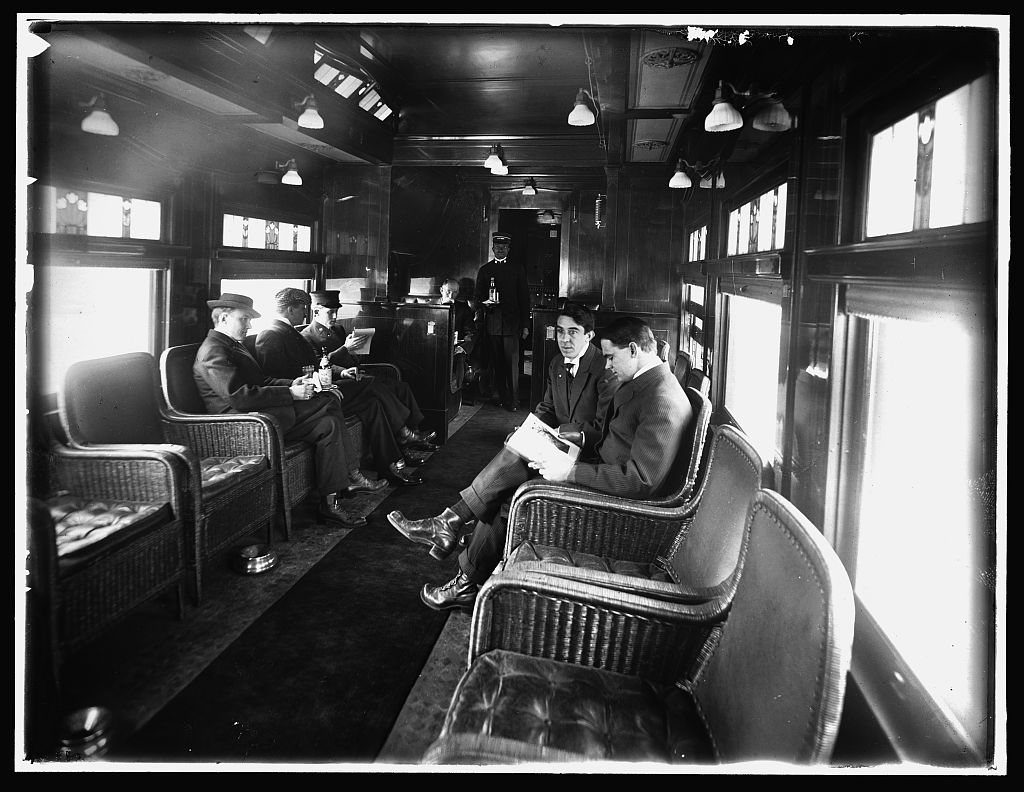 A century ago, it wasn’t as easy to see as it is now. The lighting wasn’t as good, and the air coming through the open clerestory of the buffet library car would have been smoky. A century afterward, too, it no longer seems possible to determine the exact date on which this 6.5-by-8.5-inch glass negative was exposed. But the negative’s unchanging physical property of large exposed area has preserved into the future a large latency of light and form. A 35-millimeter negative, a standard way of archiving the records of light until the day before yesterday, has the exposed dimensions of 24 by 36 millimeters, or 864 mm². A 6.5-by-8.5-inch negative comprises 35,645 mm², or 41 times as much potential terrain for light and lens to fill with detail.

Now, claiming that detail on behalf of my own time in the future, I digitally effect entry into the image. Entering, I move closer to one of its pictorial elements than I ever could have in what’s called real life, when the pictorial element was a still living man with a word printed on his cap and, perhaps, a sensitivity to having it and his face looked at together, close up in the same frame of reference.

No, I can’t quite read the word yet. But with Photoshop’s help, I can now see that the failure to be readable is only a minor error of institutional history. As it turns out, the word is hard to read because the negative has been printed backward. Correcting the error, I re-reverse the image. Up comes the word then, and it turns out to say “Porter.” Now that I can see the word correctly on the porter’s cap, I can also see the porter correctly. At least partially, I have learned to read the man’s face and body and their printed label as they were read when men rode the deluxe overland limited in a library. The word “Porter” has become part of the lexicon of body language.

In body language, then, let’s reread the text of the men in their library, this time oriented correctly on their page. 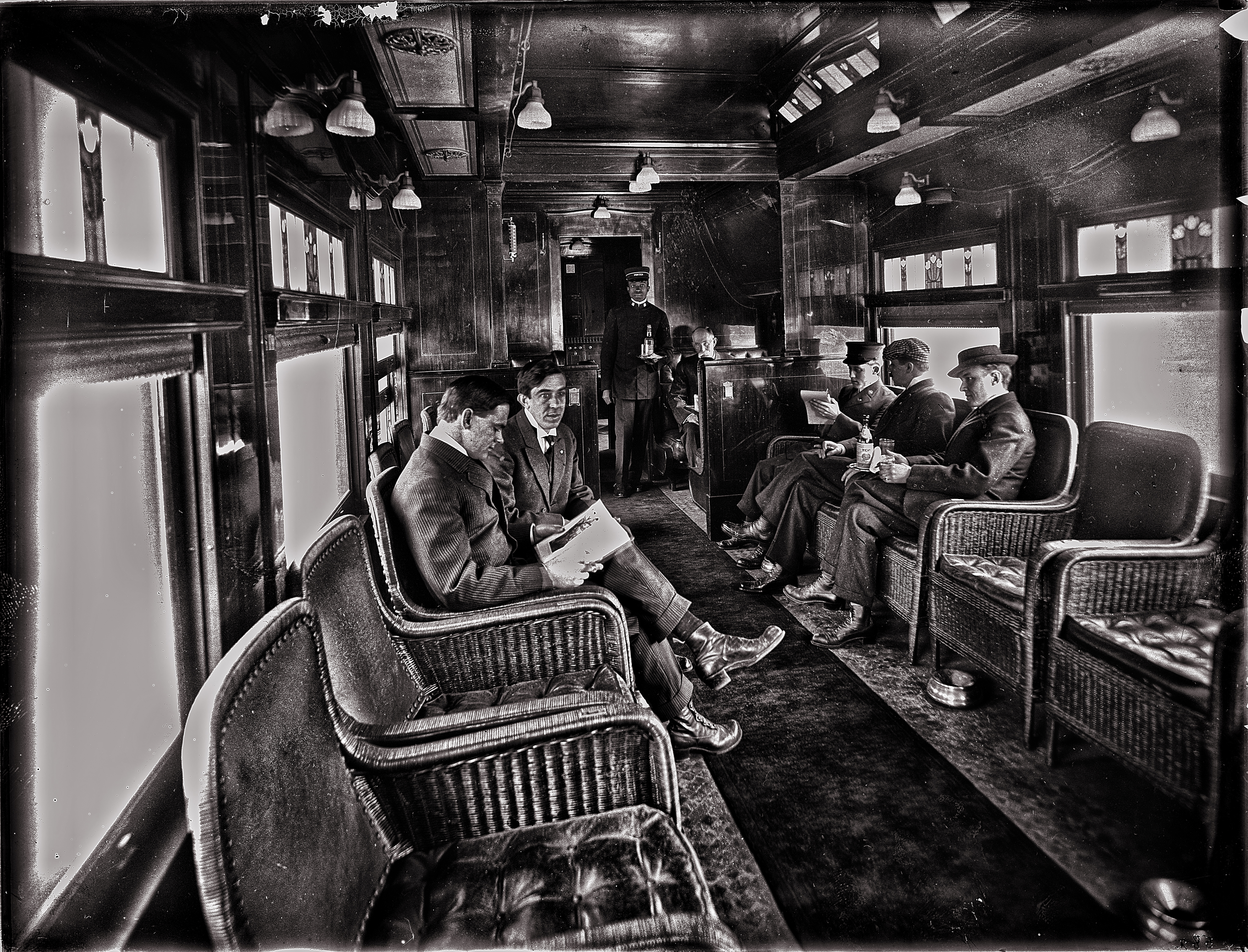 Seen reading as they pass through time, the men with their spittoons and the servant who cleans them are once again outlined as sharply as they were when books enclosed within their covers illustrative engravings in black and white.