Parasol, veil, widow’s weeds. The man in the derby may be speaking to the women, but the social group doesn’t include the second man, the one in the sombrero. Hat and all, that man is only a visual element which is adventitious to the composition. The legs are right but the face is in the wrong. At best, the juxtaposition of this figure with the other three or four is feebly ironic, with irony’s requisite little does he know minimally fulfilled by the man’s mere unawareness of the women behind him. 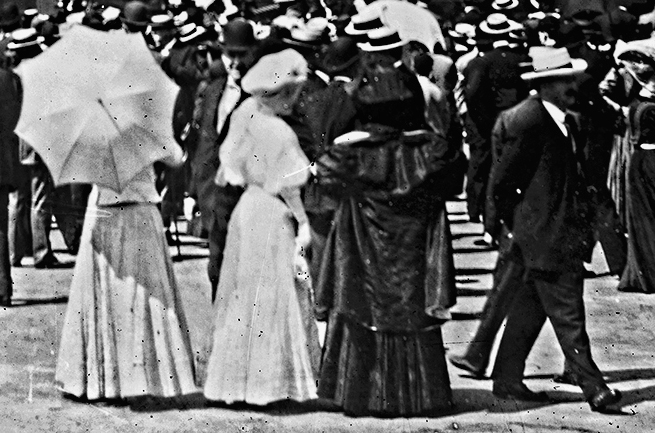 After all, the composition has failed to provide a reason why he should be aware. There’s no drama in this grouping. It’s mere real life.

But an artist once happened to bring the grouping into relation with a massive orthogonal structure forced into the image frame on the diagonal, and immediately a trigonometry took form along lines of sight and began instructing vision in trigonometry’s useful truths. Following one of those truths, a ship’s humble mooring line, white against black, powered itself up and began calling itself to notice. It had become entitled to visibility because it had composed itself and become part of a composition. 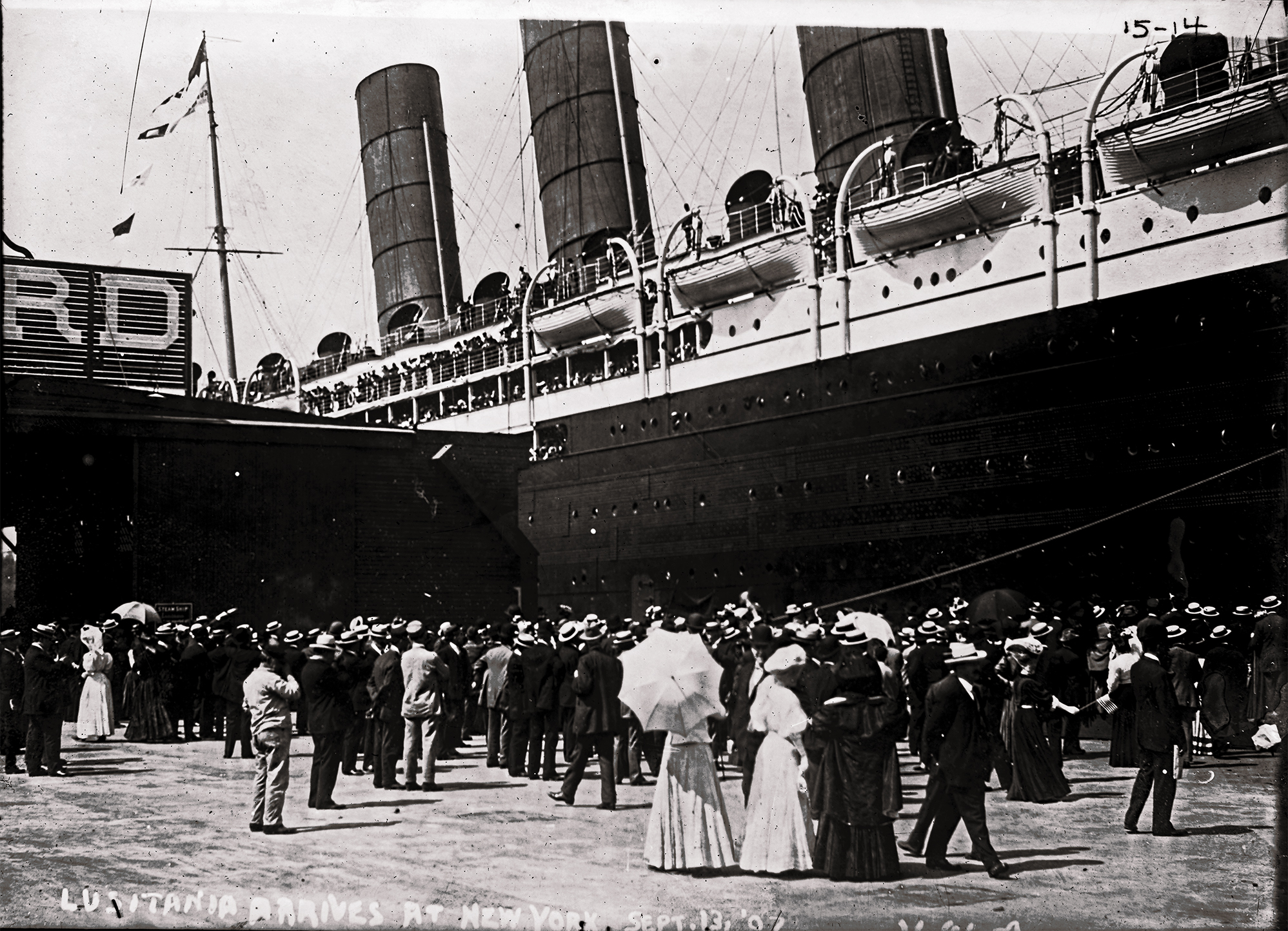 Forever after, then, the composition will reach out from the frame toward us, forcing vision on a triangulated course upward and away from the inconspicuous caption printed along the bottom of the picture. Even if we happen to notice the words down there, they will keep evading reading by directing the reading function back toward the image for a translation of what they don’t say. “Sept. 13, ’07,” read the caption’s abridged words, and if we look back upward from their pinched little apostrophe to the richness of the image we’ll be rewarded with an exuberance of millinery history. Here they’ll come, the parasol and the weeds and the hemlines: bursting from their closet after their term in the dark and confiding to us with happy giggles, “We are so [19]07.”

It would take a pedant to keep reading after that. For that matter, the original image in the Library of Congress at http://www.loc.gov/pictures/item/ggb2004000082/ is now so faded that the words can barely be seen, let alone read. 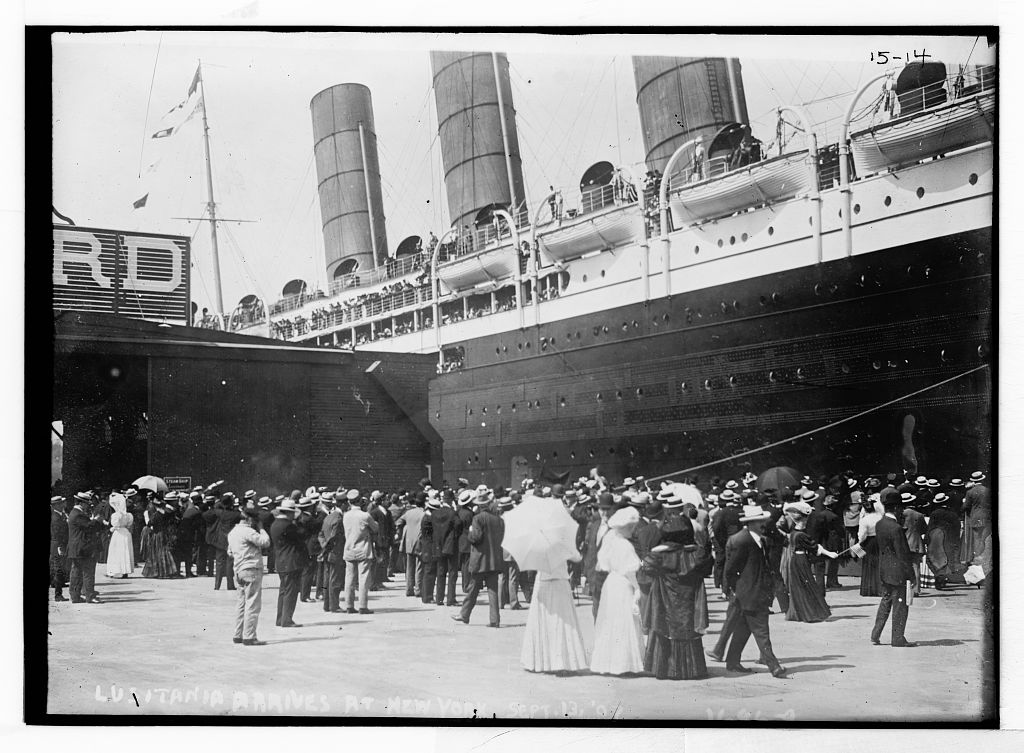 But yes: even in the unphotoshopped original, the first word remains visible to pedantry. It reads Lusitania.

And the moment we surrender and read, the widow’s weeds will have acquired a pragmatic force in the future tense. Precisely eight years from now, on schedule, they will become the most heavy-handed of ironies. Translated into a word in the imperative mood, the weeds will become moral. In 1907, until their picture was taken, they were a conventional index of membership in a social grouping. After they had been photographed, they became visible to viewers outside the social grouping and so took on formal meaning in the abstract calculus of visual composition. Within a few more years, Marcel Duchamp would be pushing his geometry of the female body toward Platonic invisibility with a glass model of a bride stripped bare. But in 1915 another significance pushed its way into the picture, capturing it in the name of morality with no more warrant than mere association with the not yet fully meaningful first word of its caption. To live on in the mode of that significance, as a historical memory with an associated morality, is to have become a fact: something known and believed to be real. But it’s a fact that lives only by having replaced with an idea what was once the image of a body.