The fat man appears to be airborne over the deck of his ship, hovering with arms stiffly extended forward and down like landing gear. His cushiony, shock-absorbing hands appear to be huge, but perhaps that’s an illusion produced by foreshortening. In his image, outlined by a rectangular frame of decayed photographic emulsion, he is strongly foreshortened at every point. 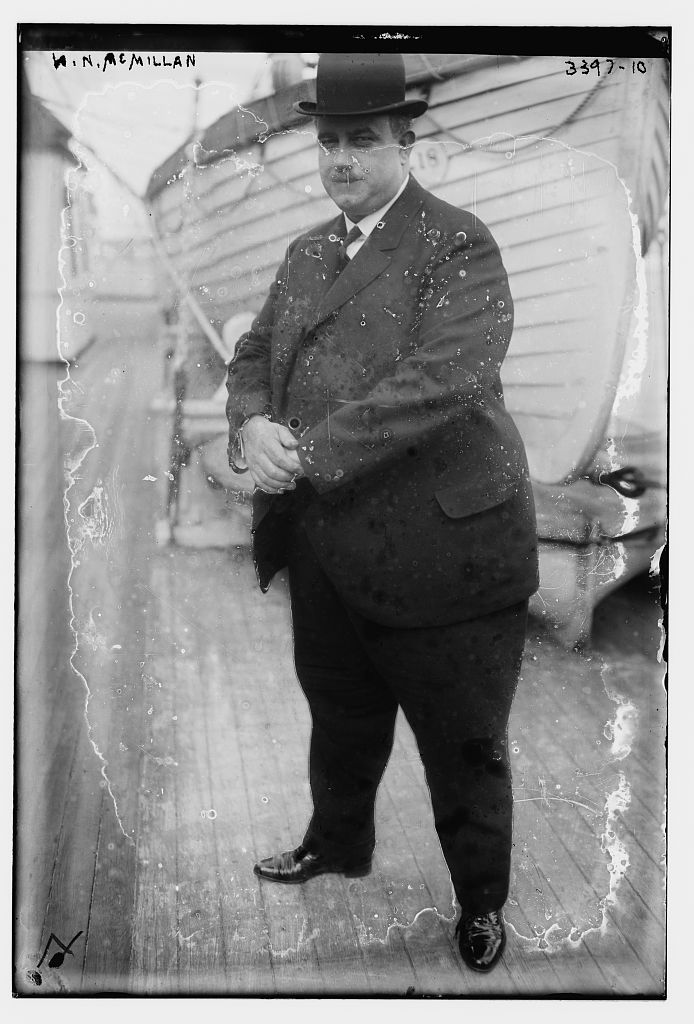 At and around the man’s hands, further decay has accentuated the contrast between the image’s light and dark areas. The decay has done an artist’s job: it has shaped an outline.

An outline is usually a line of demarcation which an artist lays down between his creation and the rest of the universe. Here, however, outline is an index of decay. The universe has invaded the physiology of this image like a virus and set it to manufacturing a counterfeit of the artist’s death-defying gesture of separation from time.

And the optics of photographic image-making have bloated the man into an incipient sphere: a fruit rounding as it ripens toward decay.

The rounding has been preserved in its incipience, however. It comes to us educationally, preserved through natural history as if it and we had been destined from the beginning to face each other from opposite sides of a vitrine. 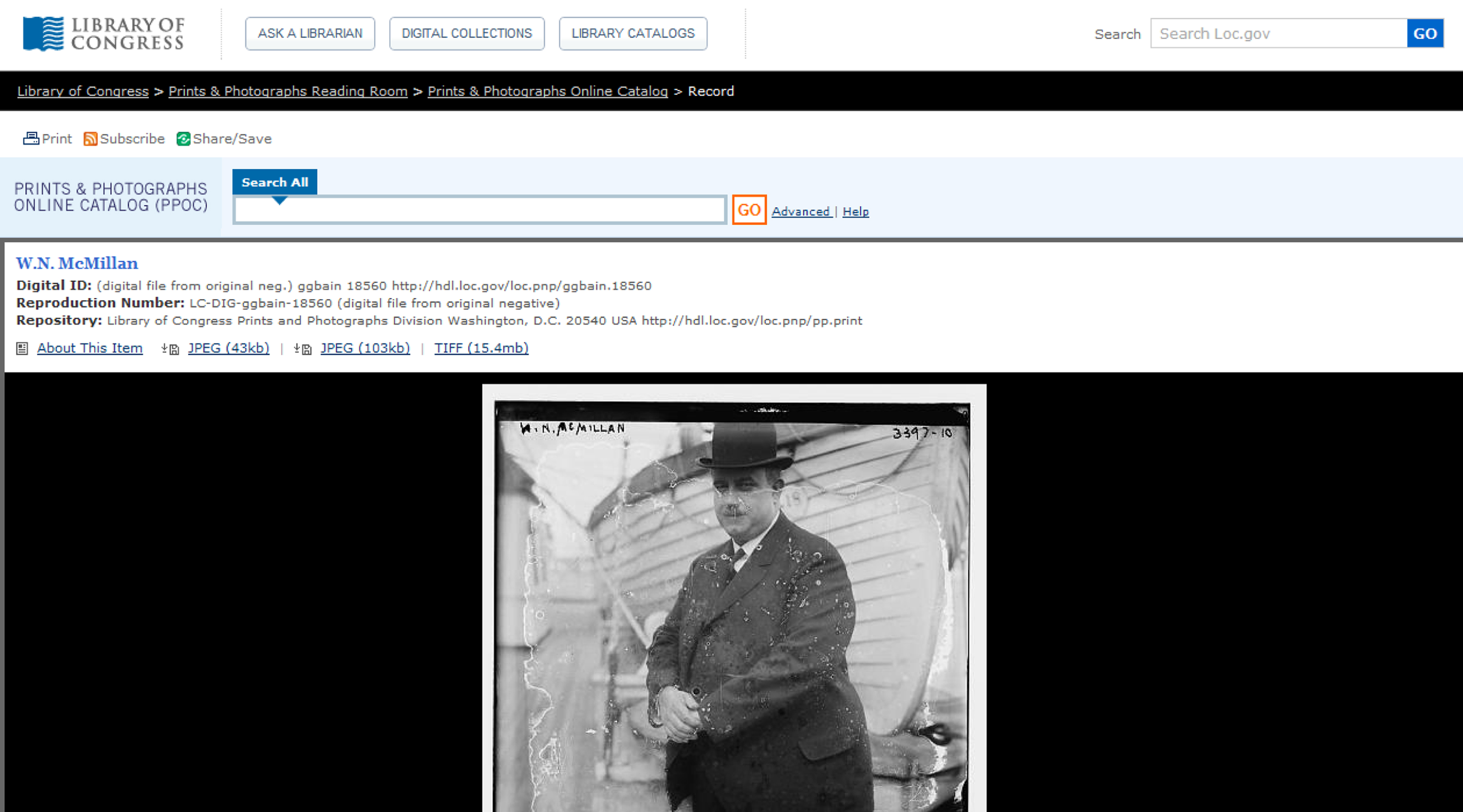 Surrounded by the Library of Congress’s explanatory words, the image is a fat mute struldbrug surrounded by volubly signifying youthfulness. The words singing in the surround are a choir of still unravished brides.