For I have learned
To look on nature, not as in the hour
Of thoughtless youth; but hearing oftentimes
The still, sad music of humanity,
Nor harsh nor grating, though of ample power
To chasten and subdue.

William Wordsworth didn’t walk down the Wye River valley in 1793; he ran, “more like a man / Flying from something that he dreads than one / Who sought the thing he loved.” Revisiting the valley in 1798, he discovered that the unrepeatability of that primal experience had slowed him to a walk. By 1908, when so much more had vanished into the immer schon, even the idea of seeking the thing one loves had changed. Now – thanks to the new geometry imposed on the planet by the railroads and canals of the nineteenth century – it was possible for a view from above to become a mental exercise: a laying down of parallel lines. 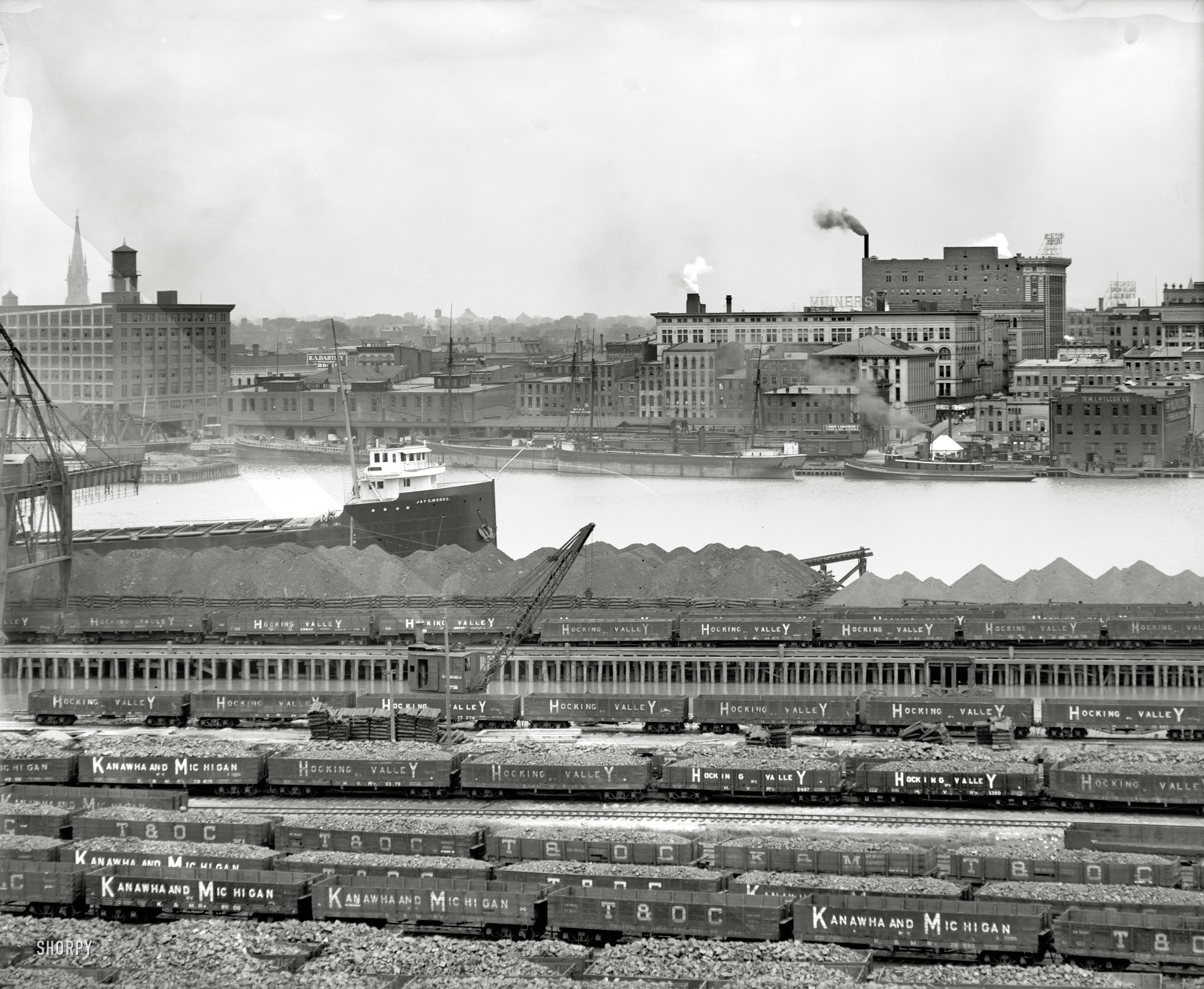 Only the tufts of smoke coming from the blocky building in the right background and the tugboat getting up steam in the river are non-linear. The river has no ripples left to show; they and their unpredictable little excursions into the air have been erased by the slow shutter speed of the 1908 camera. The camera itself would have been a large wooden box mounted on a tripod. An exercise for the class would be to reconstruct the lines of perspective radiating from the still glass point at the box’s front center. 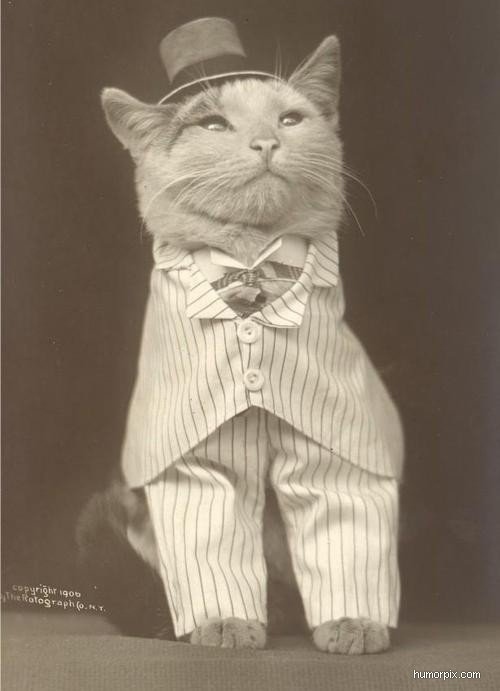 In 1906 someone sat down with needle and thread and fashioned a change for a cat, turning her into a man smiling in stripes and a tie and fuzzy shoes. Shot from below, the image makes us look up toward the face. That angle imposes words on us, along the lines of, “He looks so proud.” Under the words’ control, we’ll smile too – and not like the cat with her muzzle fixed by anatomy in a curve, but consciously, muscles extending themselves to exert power over the micro-environment of our face and the thoughts it expresses.

Think of the ore carrier Jay C. Morse (no relation) as one more muscle, extending the smile indefinitely along what was once a river valley. Patiently waiting before its image for it to begin moving again, we seek the thing we love. And at the top of our line of sight in the meantime is the cat from 105 years ago: an earnest of our hope to live on if our curvy smile can charm the line of time.