By the exit from a crossroads one day in 1917 there stood no. 3594, underground in her clean blouse and her necklace. In 1917 she was accessorized with a name as well, but by now that has probably been erased from the record you’re seeing.

You may desire to say something self-assuring like “Nevertheless, I won’t forget no. 3594’s act of cleanness in the dark.” But since you know what has probably happened to no. 3594’s name, you probably shouldn’t. Just try to see without memory. Whatever memory is, it no longer has power over what remains to be seen of no. 3594. 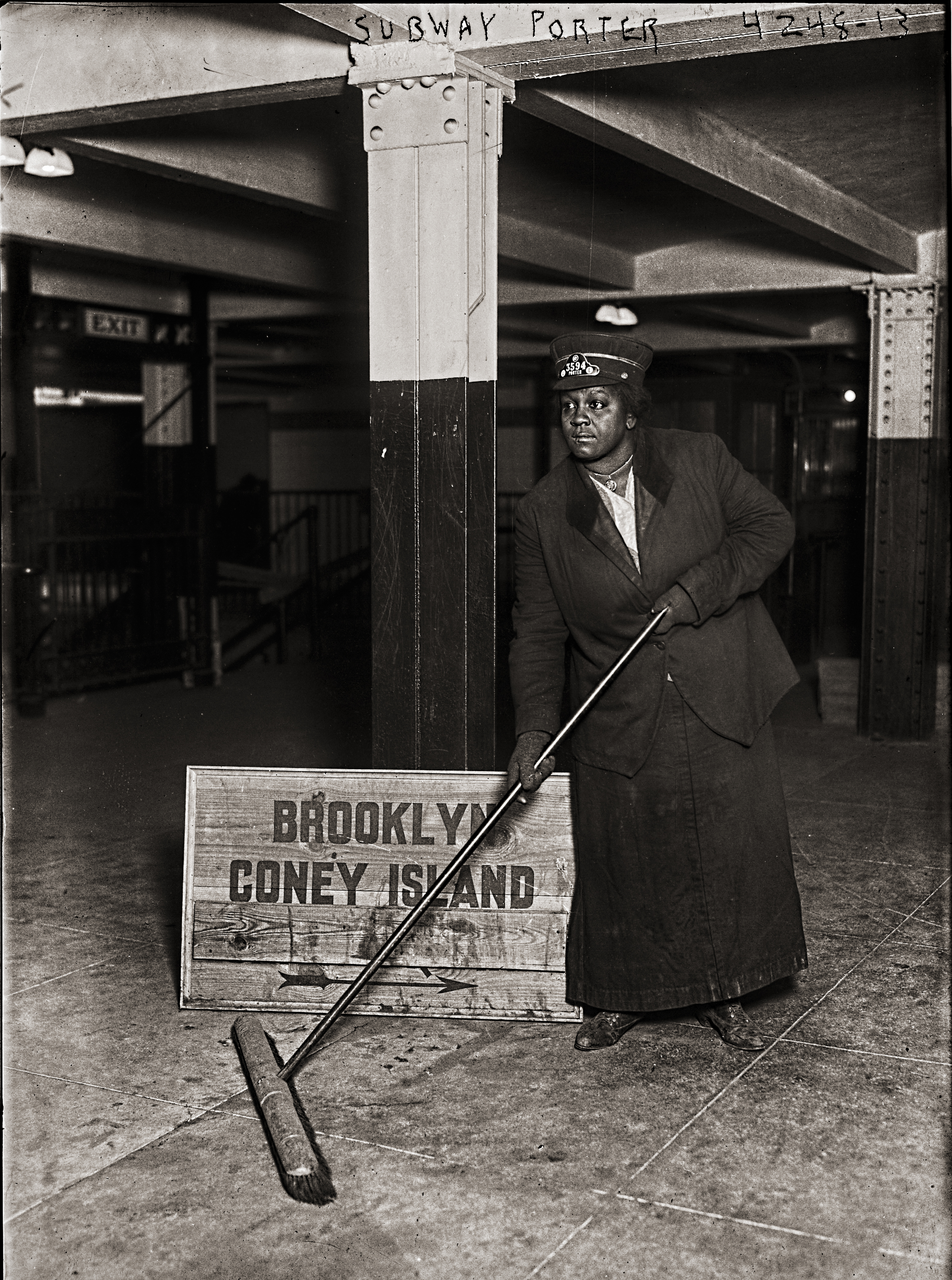 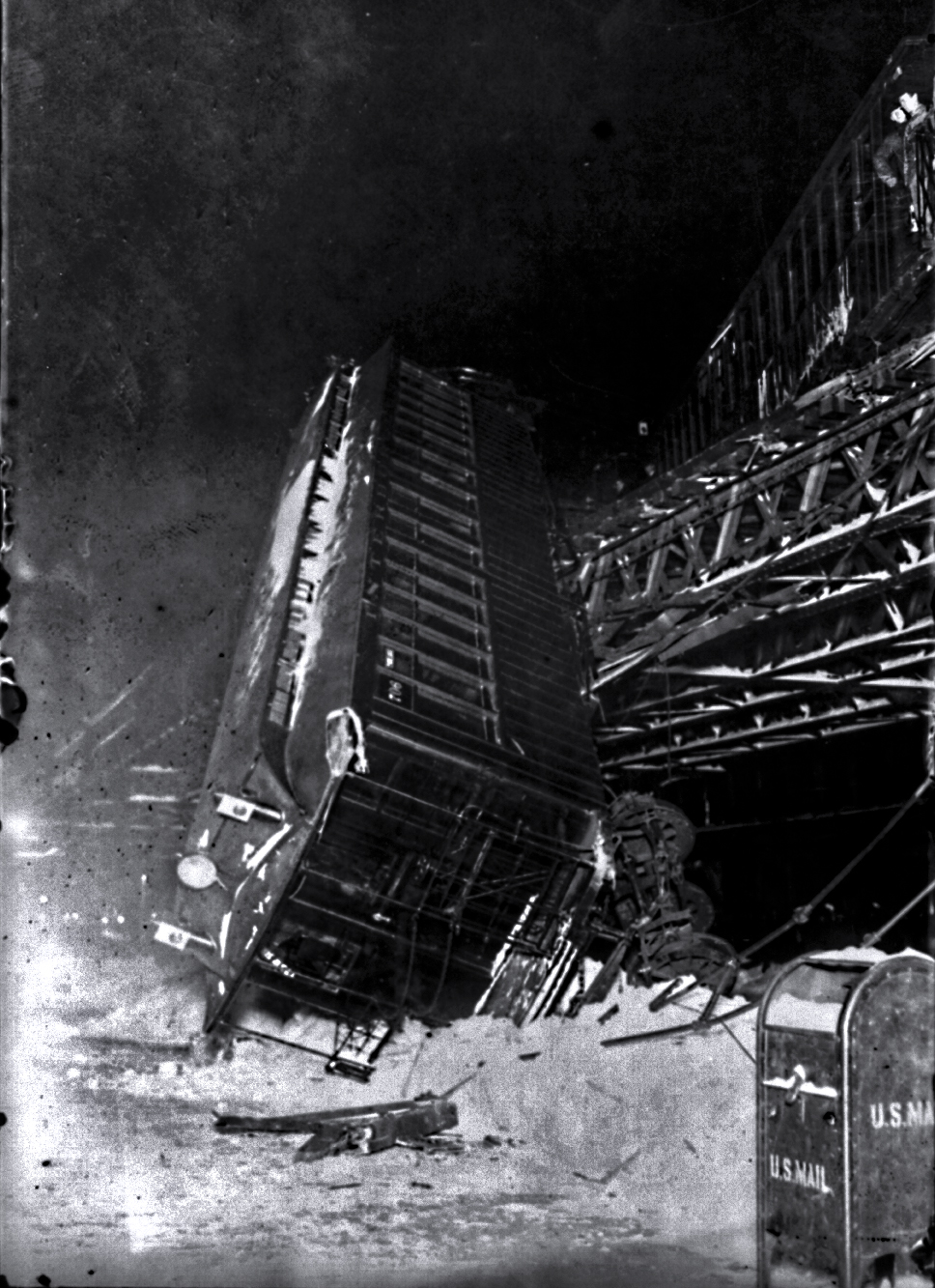 It’s a standard thing to point out in the introductory class: although Wordsworth was a nature poet, he also wrote a sonnet about London, “Composed Upon Westminster Bridge, September 3, 1802,” whose first line is “Earth has not anything to show more fair.” Much more typical for Wordsworth, however, is “I Wandered Lonely as a Cloud,” whose lines overflow with a still yet ceaselessly moving

host of yellow daffodils,
Beside the lake, beneath the trees,
Fluttering and dancing in the breeze.

At the poem’s end, Wordsworth (or rather his sister, whose diary he raided for the description and the emotion) understands with his body what he has seen and what he is about to write down:

And then my heart with pleasure fills,

And dances with the daffodils. 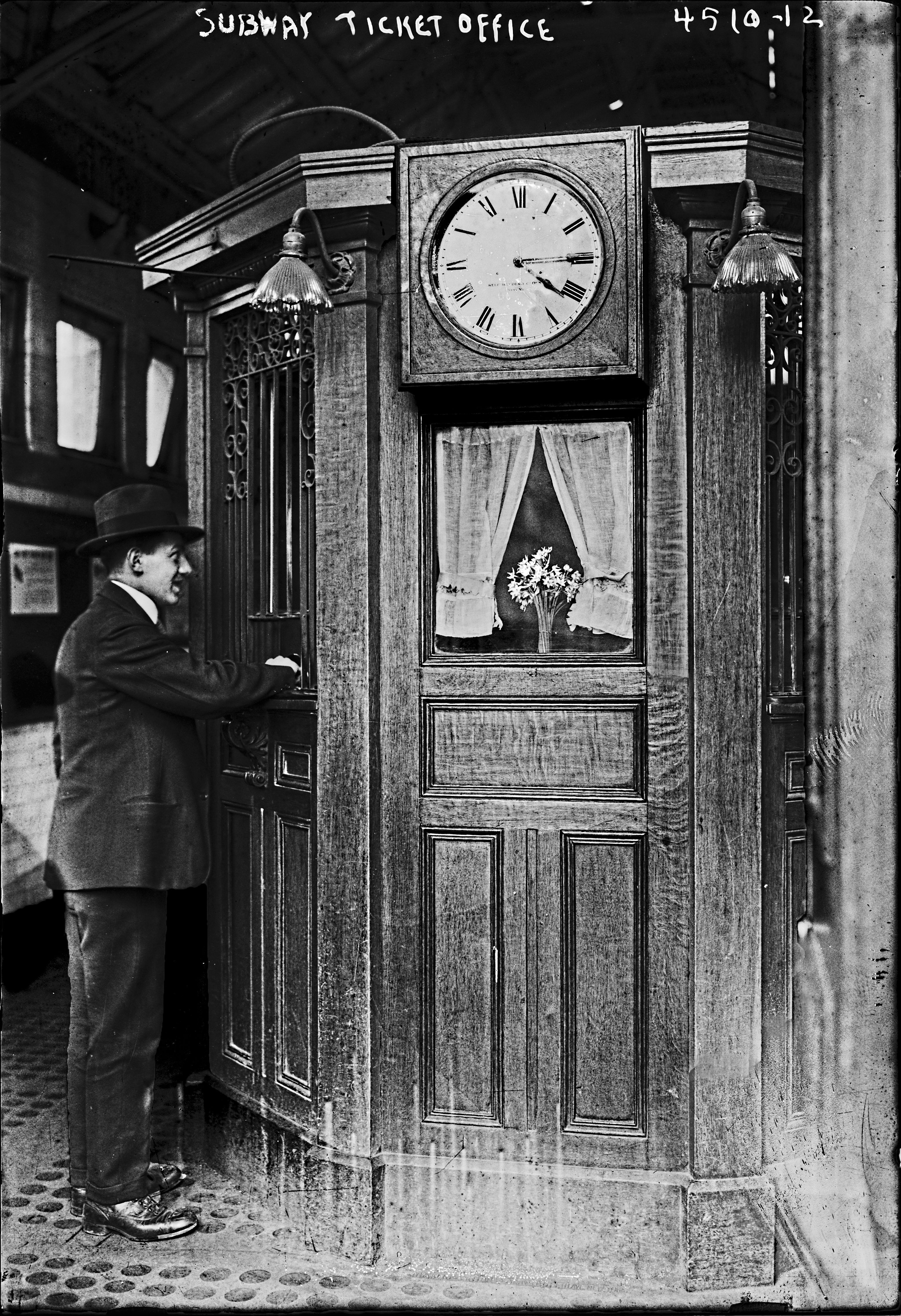 At about the time this picture was being taken, Ezra Pound, who had no respect for William Wordsworth, found himself in the Paris metro being overtaken by something like Dorothy Wordsworth’s sense of light flowing through earth and surfacing in blossom. Pound’s flowers, however, then and later, blossomed in the dark.

The apparition of these faces in the crowd;
Petals on a wet, black bough.

At http://www.loc.gov/item/00694394, annotators have been employed by the Library of Congress to research and write this history.

The camera platform was on the front of a New York subway train following another train on the same track. Lighting is provided by a specially constructed work car on a parallel track. At the time of filming, the subway was only seven months old, having opened on October 27, 1904. The ride begins at 14th Street (Union Square) following the route of today’s east side IRT, and ends at the old Grand Central Station, built by Cornelius Vanderbuilt in 1869. The Grand Central Station in use today was not completed until 1913.

On the camera platform rode a voyager: Thomas Edison’s cinematographer W. G. “Billy” Bitzer. The date of his voyage was May 21, 1905. About the digitized restoration of his camera’s record now visible at

http://www.youtube.com/watch?v=J10-aYVG6HY,
employees of the Internet Movie Database have written a supplementary history. Reading it as testimony in advance, we suspend disbelief and begin thinking that we are about to see, in good verbal faith, this.

One of the 50 films in the 4-disk boxed DVD set called “Treasures from American Film Archives (2000)”, compiled by the National Film Preservation Foundation from 18 American film archives. This film was preserved by the Museum of Modern Art.

We read the words. Words have always taught us to think we know.

Click. See the sudden coming of the light where the dead still live. A moment after you’ve seen it, you’ll be carried off to finish the time you serve in the dark. But as you pass back into the dark you’ll remember the light as if it were a word speaking itself. In its silence, the light will have taught you to hear what words aren’t still enough to say.