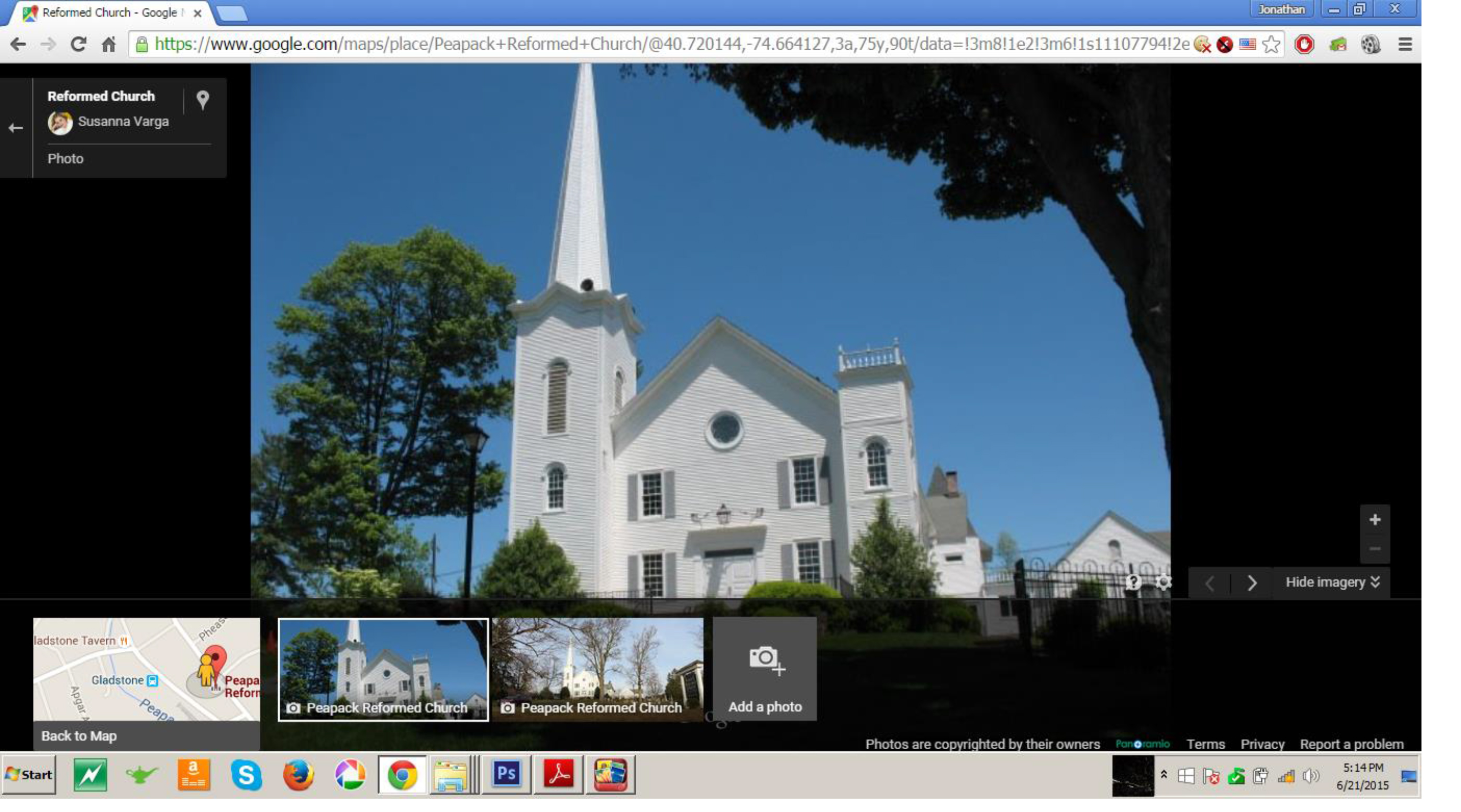 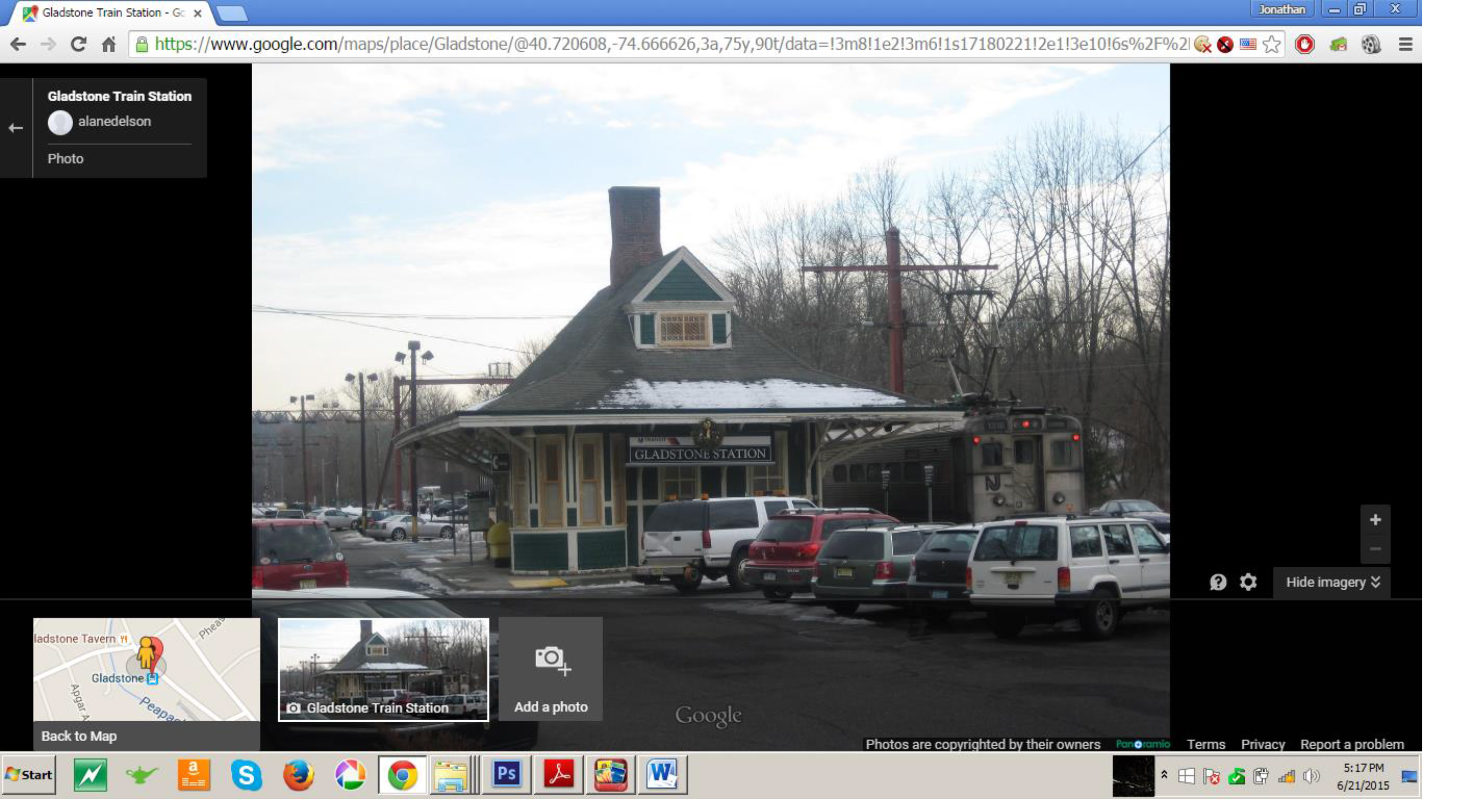 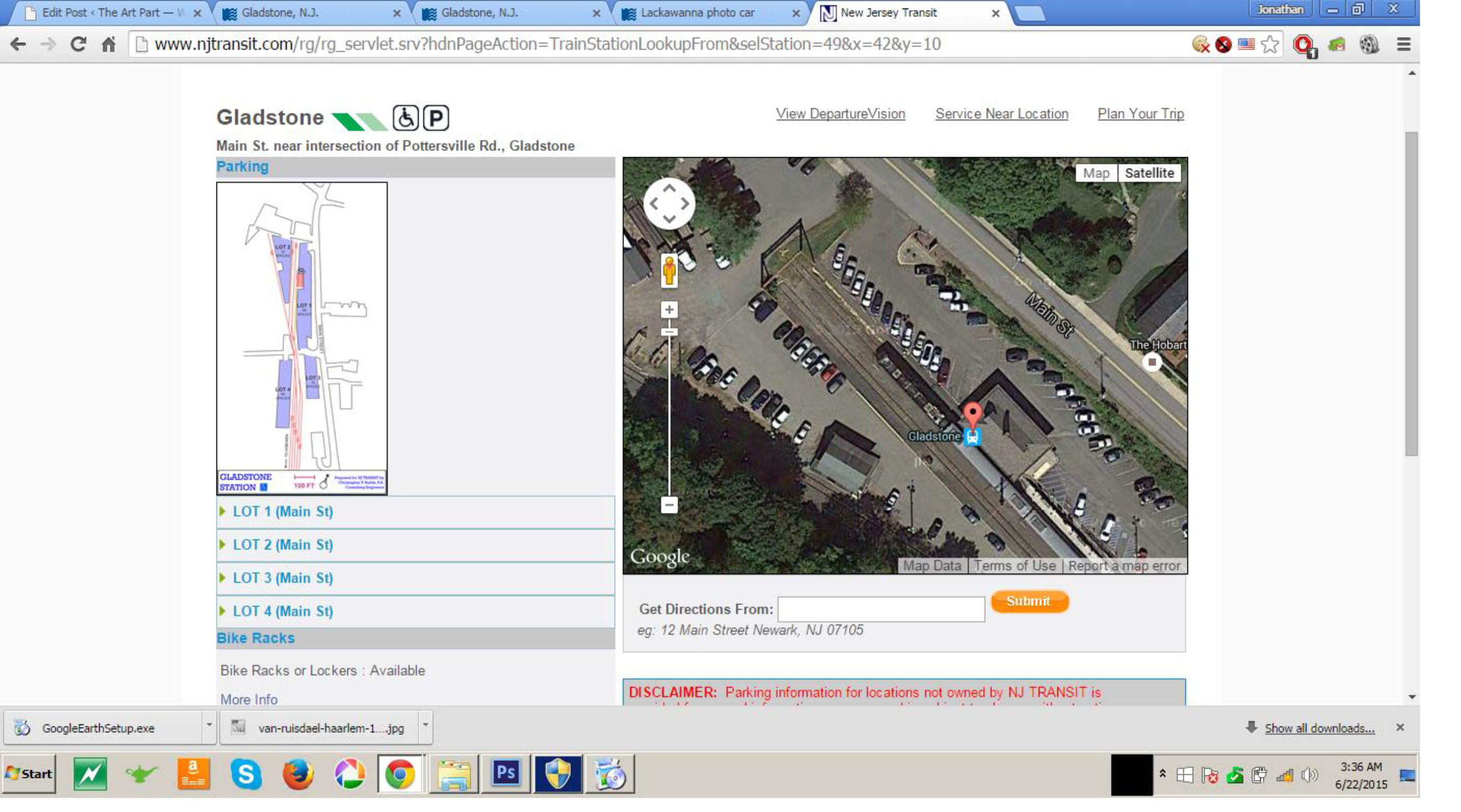 According to the images’ annotations in the Library of Congress, the Detroit Photographic Company’s train made this visit to Gladstone either in 1899 or in 1902. On the side of the train’s only car was a sign reading, “Detroit Photographic Co. We photograph the world in the colors of nature,” and inside the car was the great explorer-photographer William Henry Jackson. On the bulkhead behind him you can see one of his most famous images: an 18-by-22-inch wet-plate photograph of Yellowstone Falls, made in the 1870s under arduous conditions. In 1899 or 1902, however, his train was traveling on the Delaware, Lackawanna and Western, a regional route extending only through the eastern states of Pennsylvania, New York, and New Jersey. A lithographic process called Photochrom was used to add the colors of nature to the Detroit Photographic Company’s postcards, and as of 1899 or 1902 it was primarily these that traveled the world. 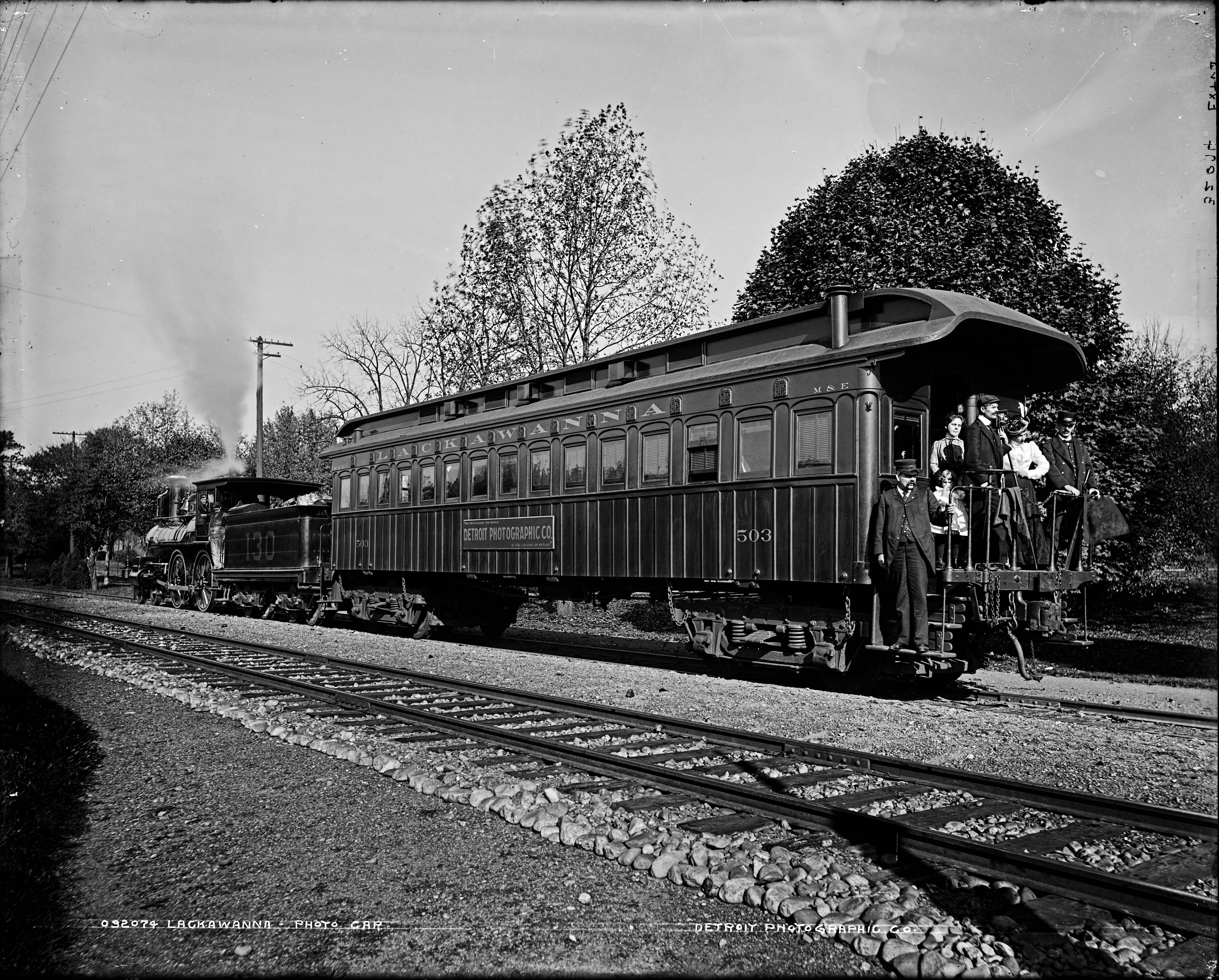 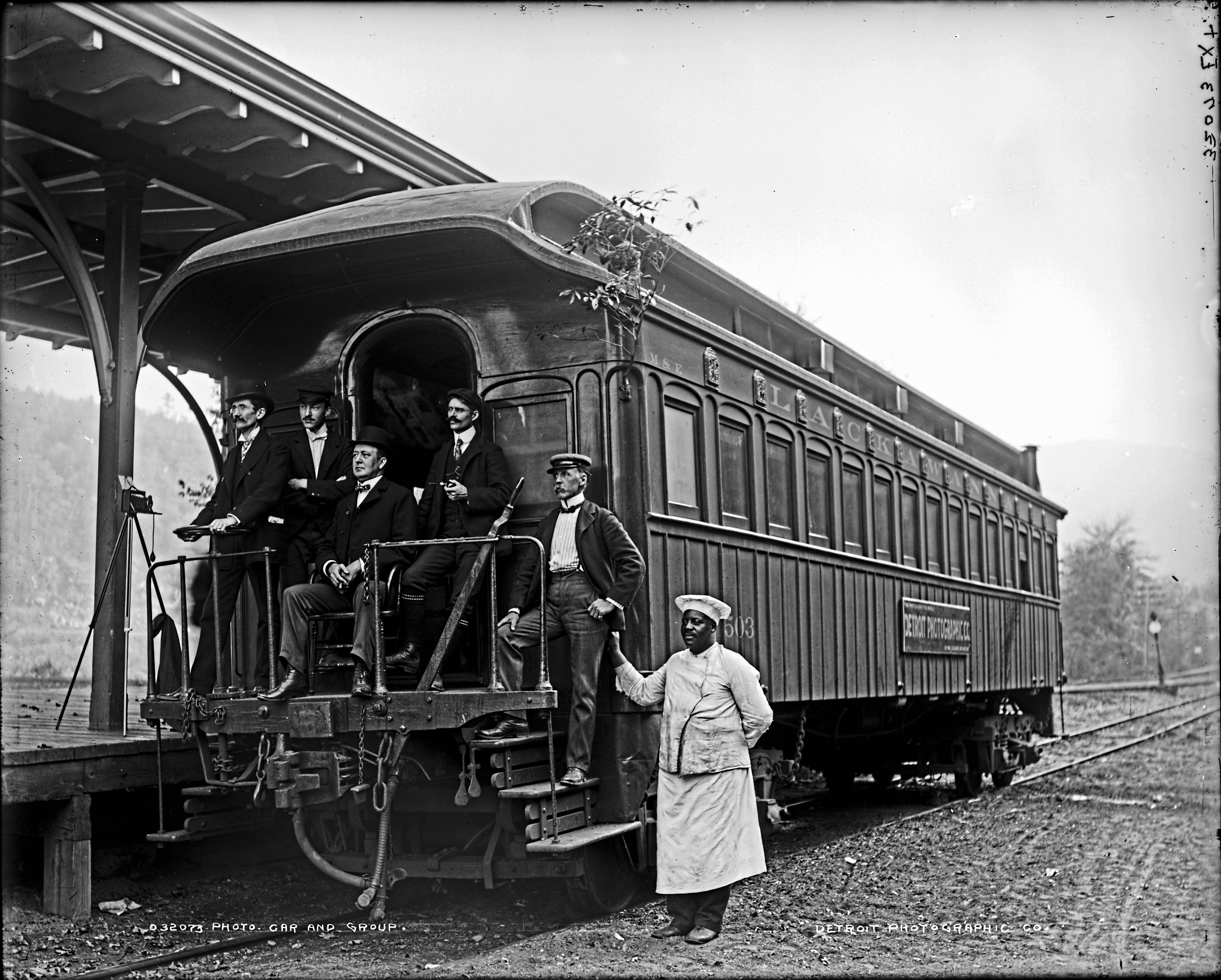 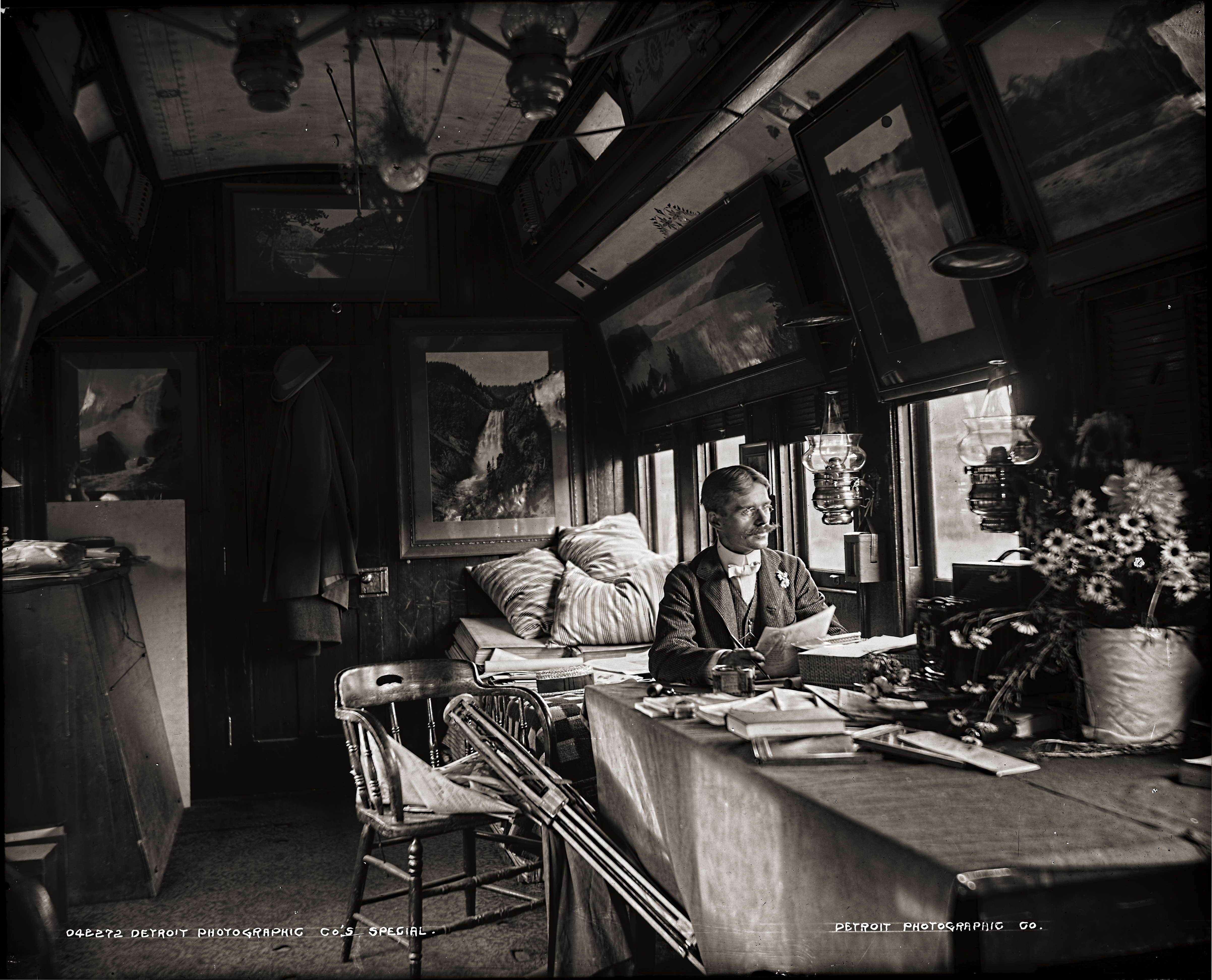 You can see the train

toward the right side of this picture. Click it to enlarge. Delaware, Lackawanna and Western engine no. 130 pushed its car onto a siding, and then William Henry Jackson or a member of his crew carried an 8-by-10 inch view camera upgrade to record Gladstone as its trees were in the act of offering falling leaves and a bird’s nest to the fall of 1899 or the fall of 1902. 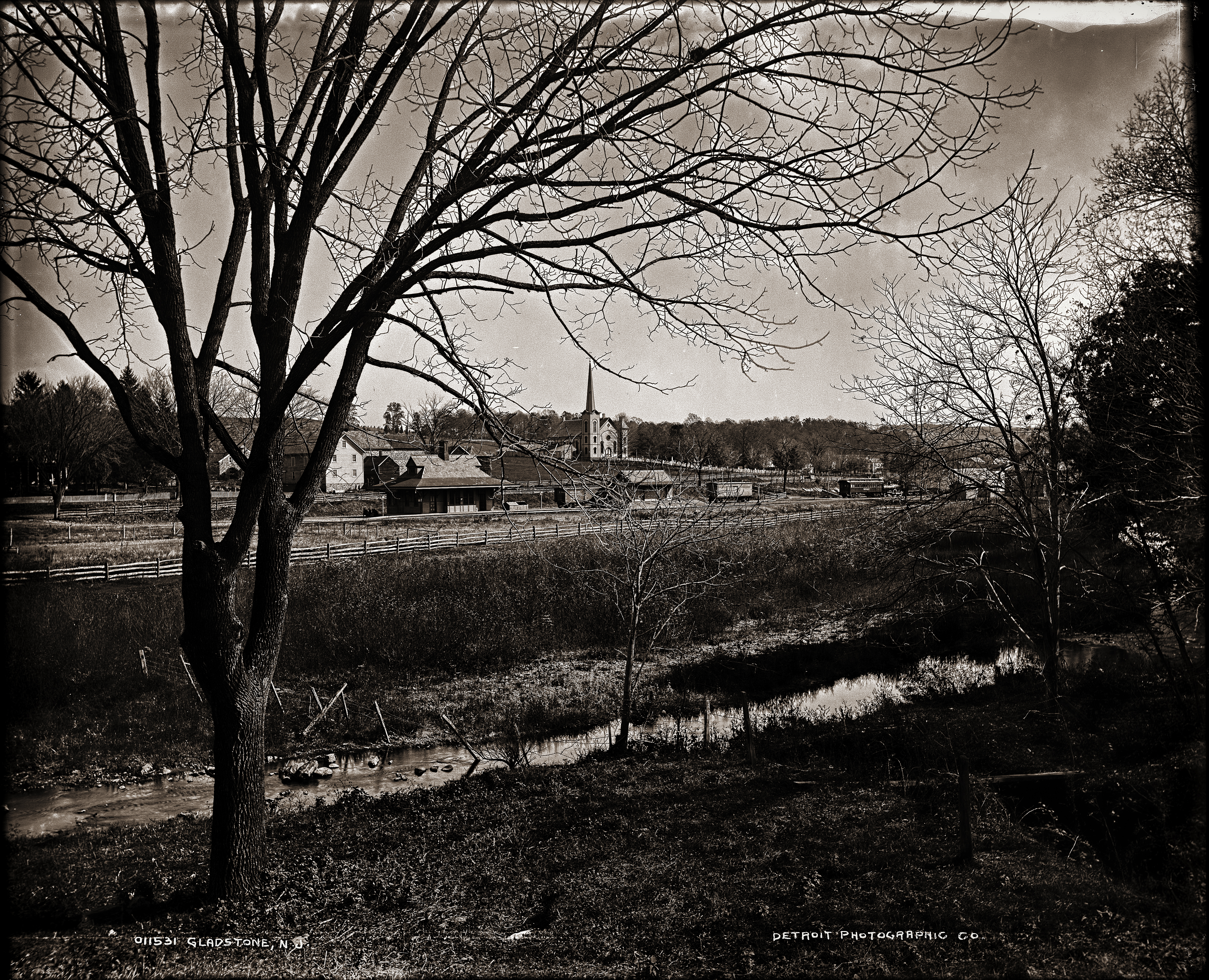 The record of the moment of offering has little itself to offer. Its news is only trees and weeds and a season, with the human at a distance. Jacob Ruisdael did that effect much better, if only because his palette had a human-perspective irony app for the sky. 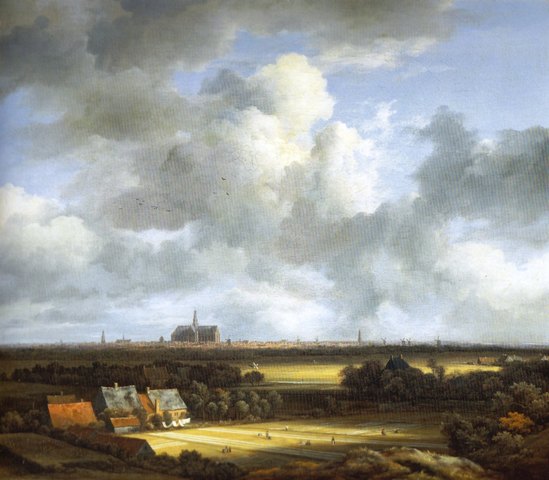 Jackson’s Photochrom colorizings were only post-processing guesswork, and the orthochromatic photochemistry in his camera had to leave every sky blank. The news of the clouds couldn’t be accurately reported there, ever. But the blank in its Jacksonian monochrome does throw into contrast the trace of a few olds. If Google says the railroad station still exists in the present, the station’s visibly recorded existence in the past comes back to what looks like life, pleading to be reseen. 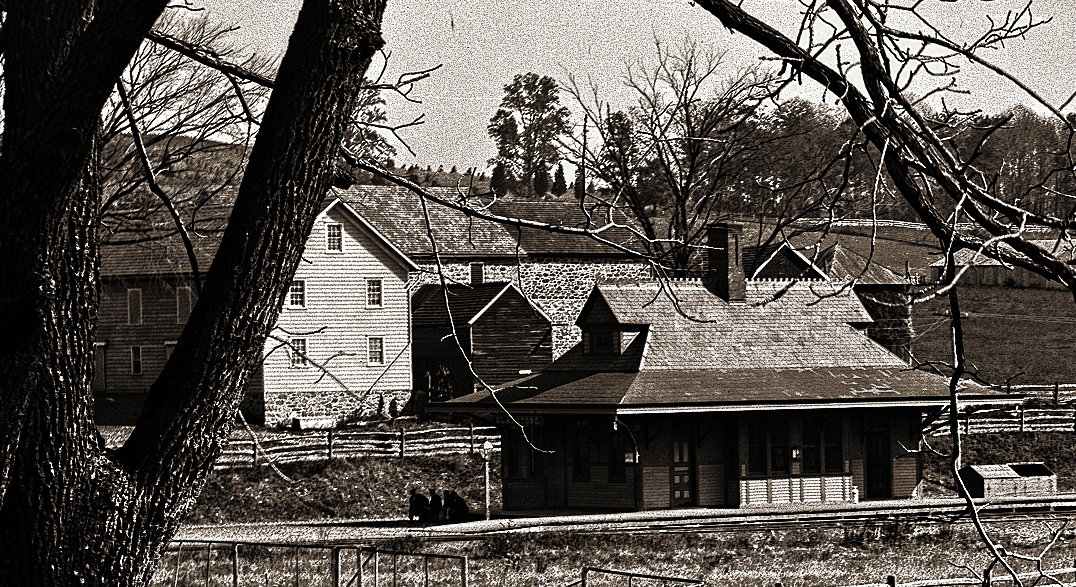 The lamp glassed in to shield a flame, say; or the large handsome building no longer playing shine and shadow with the sun: understood now to have been taken up into retrospect, how rich with fulfillment they seem now under their trees! Their roots drank their fill, and then the time came for them to have stopped drinking. We haven’t yet taken part in the offering of leaf, but they have.