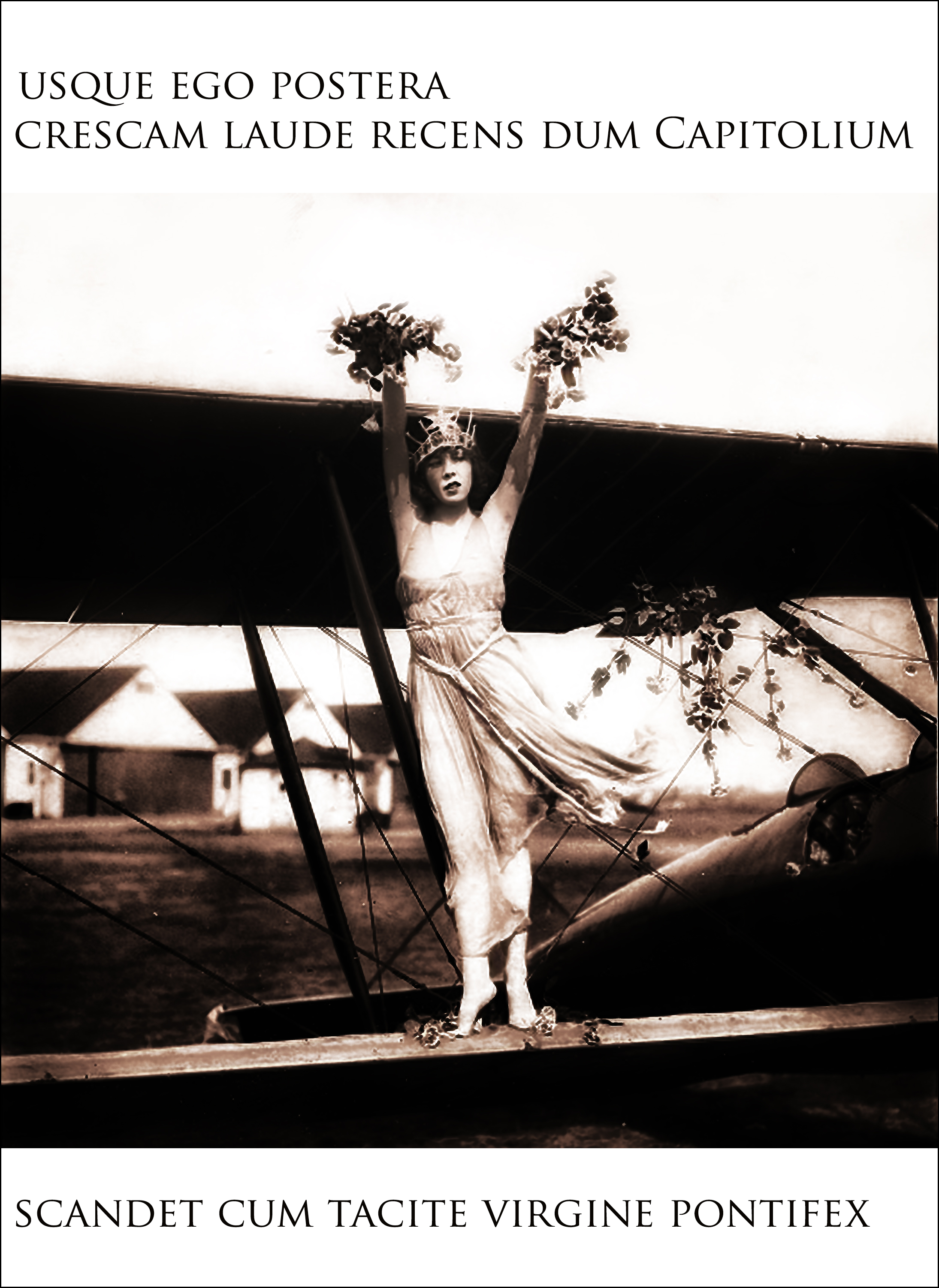 Last December, for at least the second time, I received a handwritten letter bearing a Spanish stamp but signed by somebody using a Romanian woman’s name. Enclosing three low-resolution photographs, the writer asked if these depicted me and requested in vaguely menacing language that I get in touch with her or him. 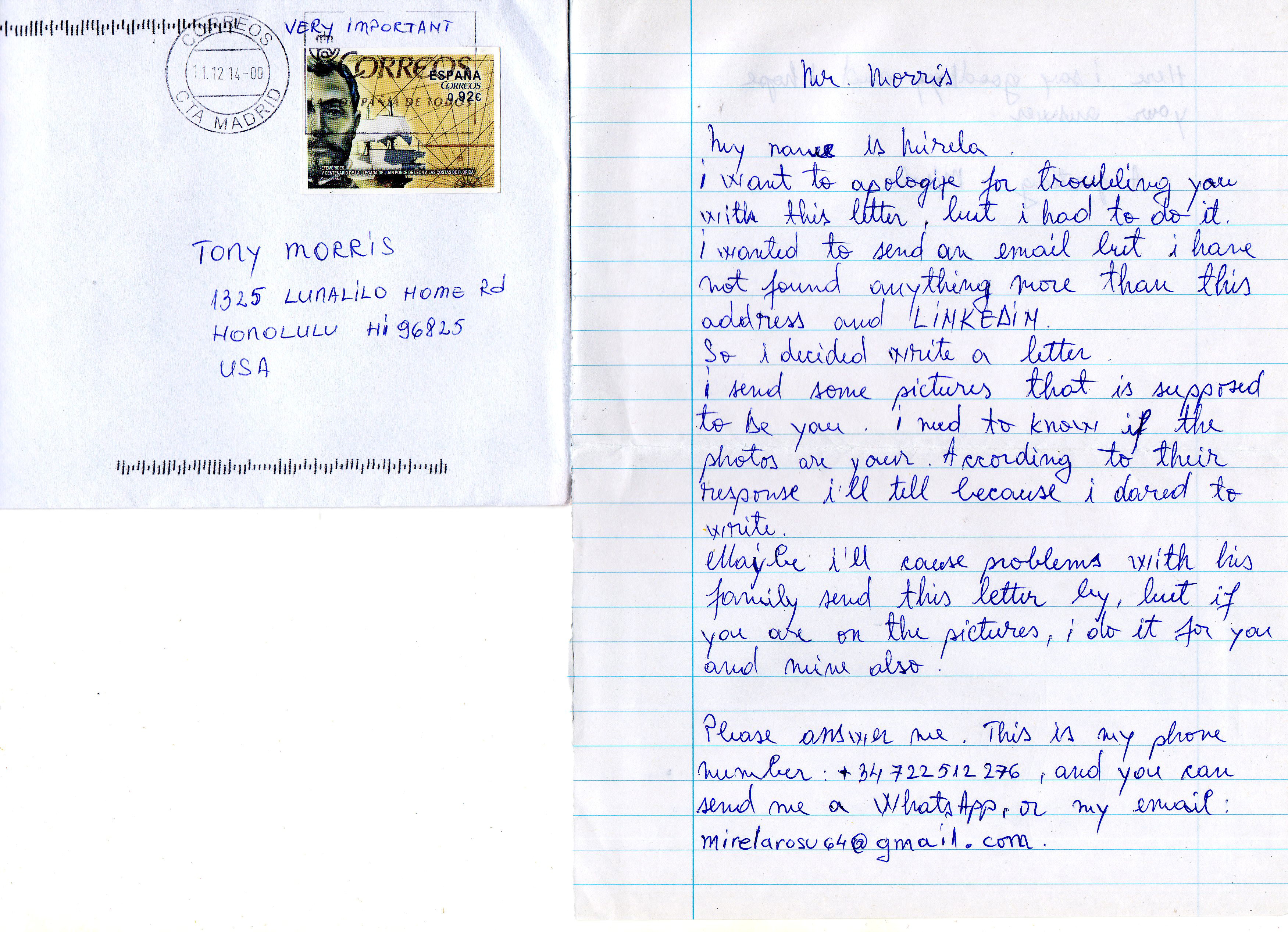 The address was correct, but I’m not Tony Morris and the man in the pictures is not me. My earlier blogpost about that is at http://theartpart.jonathanmorse.net/i-am-not-i/. I took the post’s title from the last line of one of Sidney’s sonnets:

That’s still a great last line, but after more than 400 years it’s no longer the last word. Just now, for instance, I’ve done something I couldn’t have done in the days of Sir Philip: scanned one of the pictures to my desktop and then dragged it into Google for a search by image. Up it popped there, instantly: the identical face and pose, and attached this time to a LinkedIn name. The name was Tony Morris, too, and furthermore, wondrously! the text attached to the name was a poem. It wasn’t just any poem either; it came to me demanding to be read in the lofty spirit of Horace’s odi profanum vulgus. 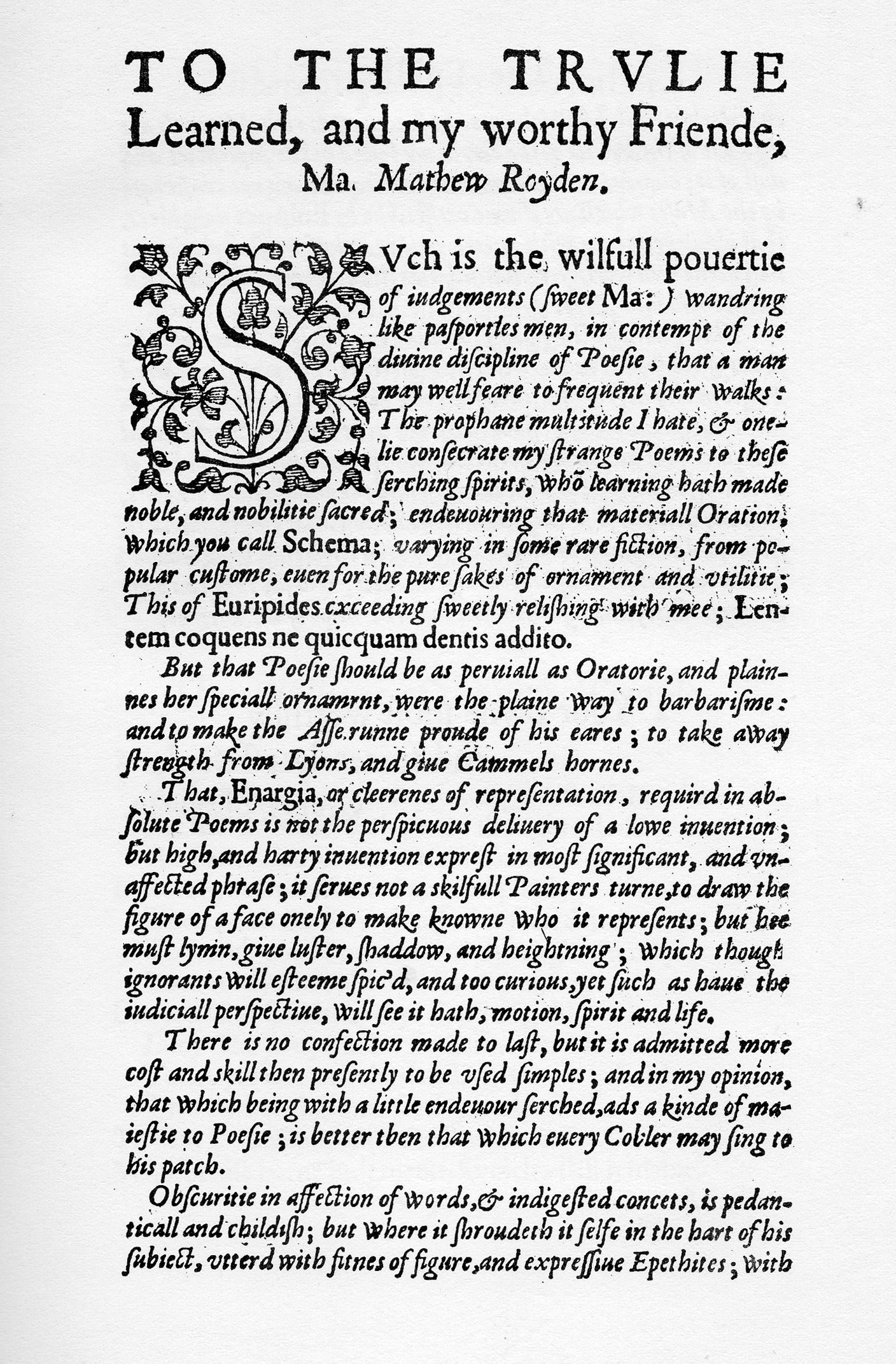 Those are the words of George Chapman, him who spoke out loud and bold to John Keats. As a principle either of writing or of reading, they’re right. Hear for yourself as you give ear to the tale of Tony. 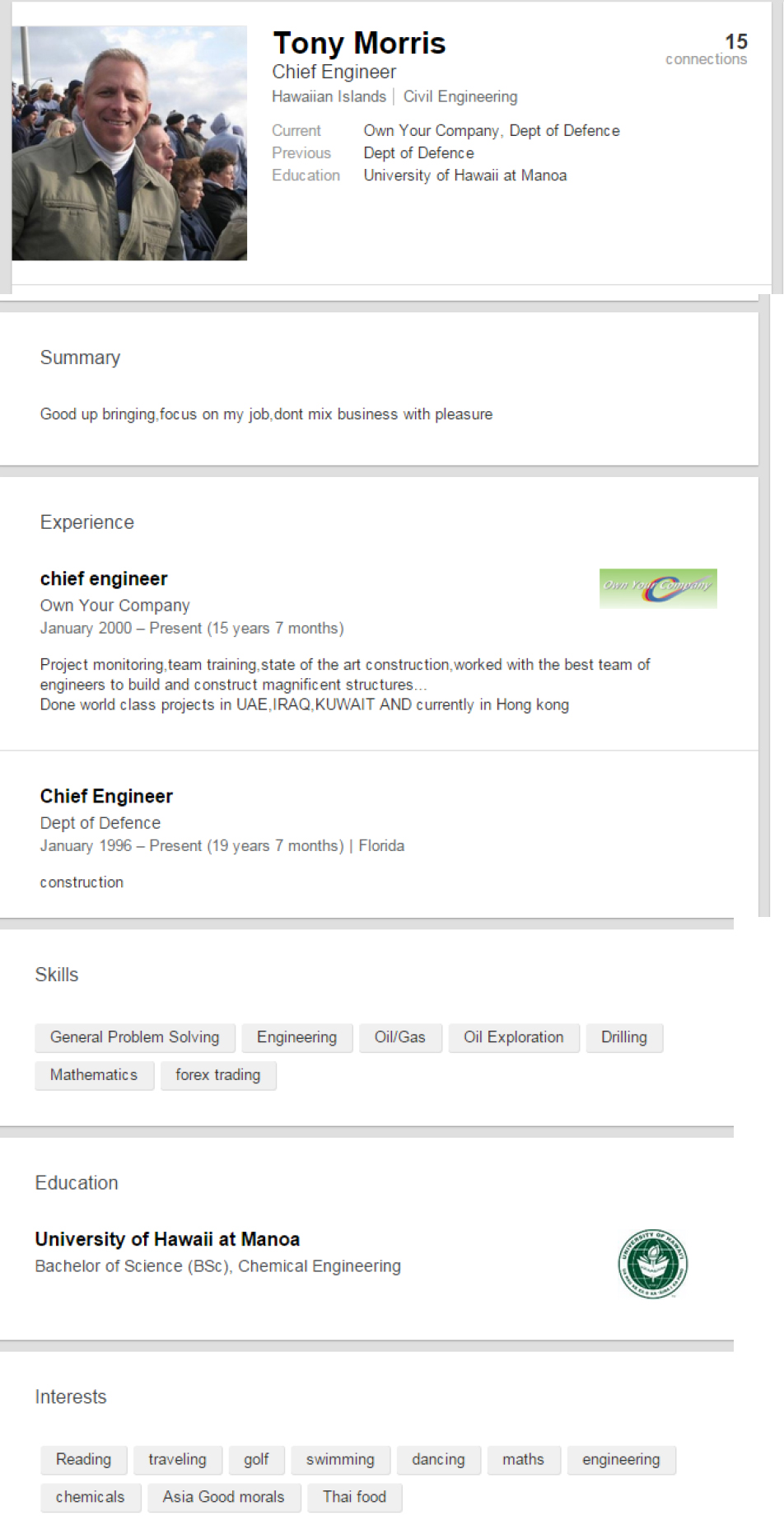 Singing its way down the page as from a score, the reading will complicate beautifully into counterpoint when it reaches the words “Hawaiian Islands,” because nobody in Hawaii refers to his home that way — not even if he also lives simultaneously in Florida and Hong Kong. And Hawaii, ordinarily referred to as such, happens to be part of the United States, where the British-spelled word “defence” isn’t in the name of any of the armed forces. Likewise, the academic abbreviation “BSc” is British, not American, and the University of Hawaii at Manoa doesn’t offer a degree in chemical engineering.

And Tony: you harmonize the registers of mathematics and capitalized General Problem Solving? And you sing not just of Asia but of Asia Good morals? Plus chemicals? Romanian lady of Spain, no wonder this Tony is the man you want to link! He is not I; he is far more. He is language itself, a self-singing lyric with an illustrated libretto: “High and hearty invention expressed in most significant and unaffected phrase.”

And best of all, he is, as Chapman says of his own poems, strange.

The article from Inside Higher Ed,

is titled “Sports Artists vs. Universities,” and it reports that the United States Court of Appeals for the 11th Circuit has ruled that the University of Alabama can’t prevent an artist named Daniel A. Moore from painting pictures of Alabama football players, even if they’re wearing their trademarked uniforms. Said the court, “Like other expressive speech, Moore’s paintings, prints, and calendars are entitled to full protection under the First Amendment.”

But the University of Alabama was joined in court, amici curiae, by 27 other universities. Please stand now in respectful silence and hear the words of their brief. They testify to the power held by the American university system over the English language.