Robert Doisneau’s two photographs of Paris during World War II show us the world capital of chic keeping up appearances beautifully. Look at the calligraphy and composition of a bakery’s explanation to its customers that there is no more bread because there is neither fuel nor flour. Its corners carefully trimmed, its margins as impeccable as snowy cuffs, the hunger text is volubly tasteful. Look, too, at the bicycle rickshaw, double-headed as it pounds through the snow in front of the Opéra. Click any image to enlarge it. 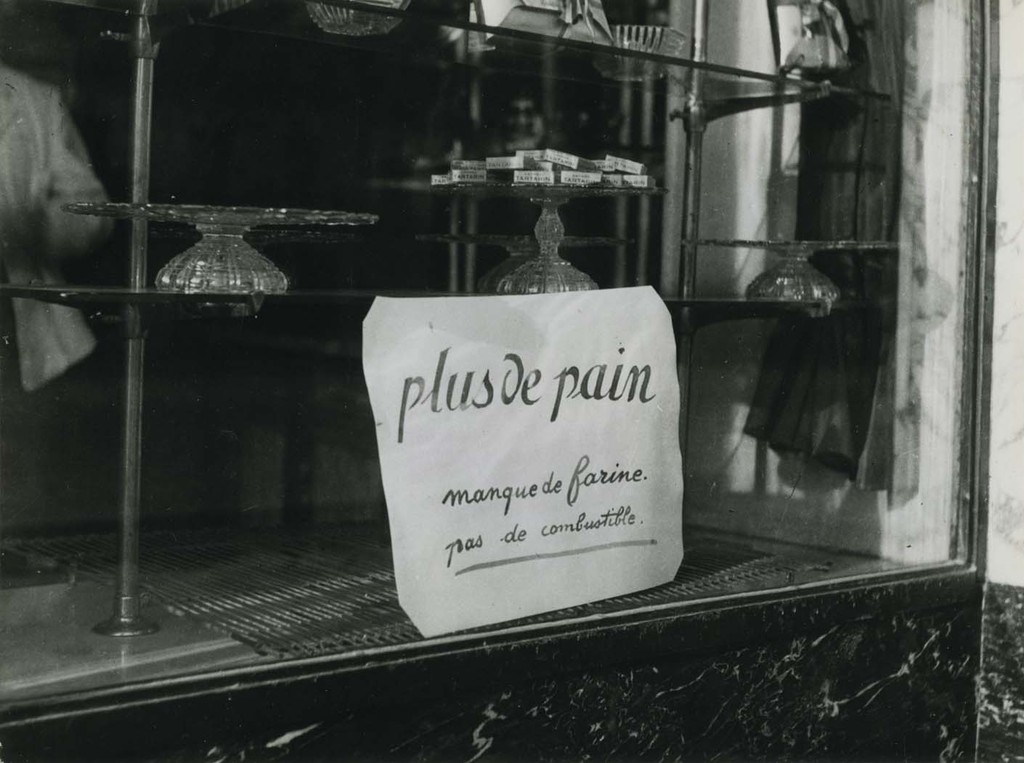 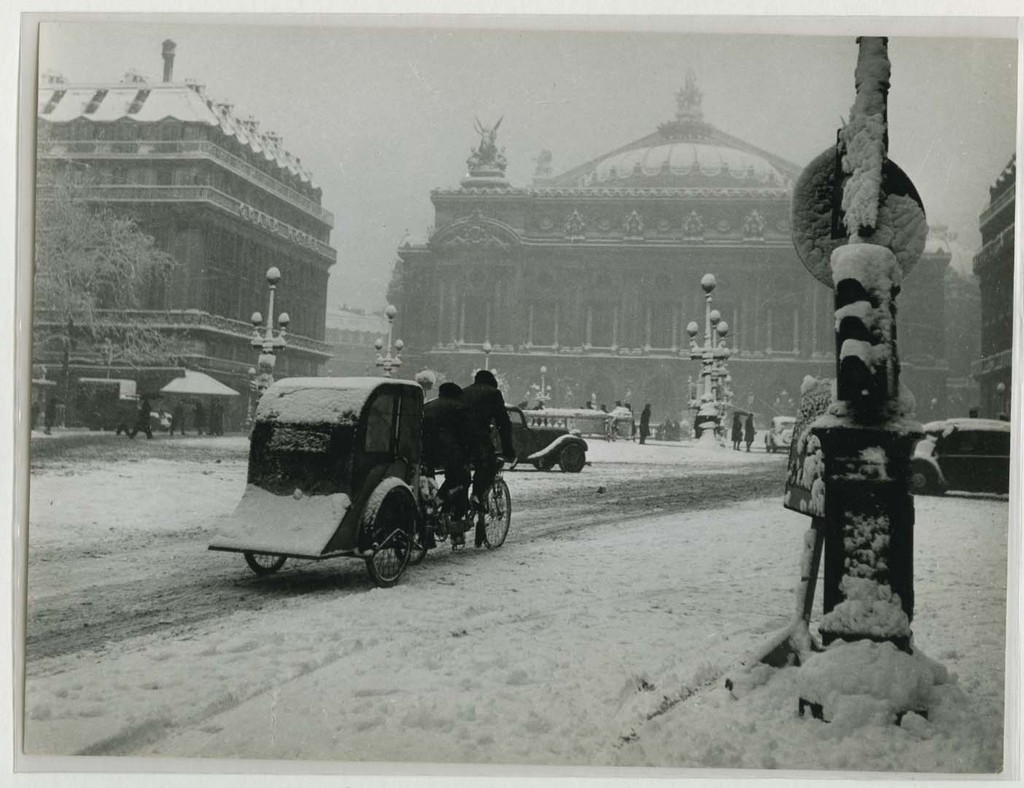 In Gertrude Stein’s twentieth-century America there was a whole pictorial genre of travel scenes like that second one, but on that side of the Atlantic the motive unit was a superhuman machine and the direction of movement was usually an advance to the front of the picture plane, not a retreat.

On either side of the ocean, however, Gertrude Stein experienced transport from a greater distance than this, and de haut en bas. “When I was in America [1934-35],” she wrote, “I for the first time travelled pretty much all the time in an airplane and when I looked at the earth I saw all the lines of cubism made at a time when not any painter had ever gone up in an airplane.” Remaining behind in France during the war, continuing to create chic out of her carefully rationed words, she was able both to supersede train and airplane and to rise above vitrine and pedicab. Herr Brecht once wrote her a song containing the line “Erst kommt das Fressen, dann kommt die Moral,” but Mr. Gray offered her a beautiful portrait of himself for her permanent collection.