It lacks a date and an identifying context, but this photograph in the Library of Congress’s George Grantham Bain collection is claimed to be a portrait of the American socialist Daniel De Leon (1852-1914), a man who influenced Marxist theory. In his practical history as a working politician, De Leon had little influence during his lifetime, and this souvenir of his existence can’t teach us much. At best it’s only a picture, of course, and this particular picture is also hard to see.

The stain obscuring its detail is biohistorical: a spreading fungus which has eaten into the glass negative’s photosensitized gelatin coating. The negative should have been archived under refrigeration. On the archival record, it is destined for indecipherability.

But archived biohistory can now be simulated and reversed with the aid of what’s called artificial intelligence, and people under the influence of the artifice sometimes find themselves saying things about a dead image that they once might have said about a living person. What they say will be a babytalk doing what babytalk does: speaking both to and about the baby. See this beginning of a Daniel becoming understandable, and listen in yourself for what you said about that very first comprehension. 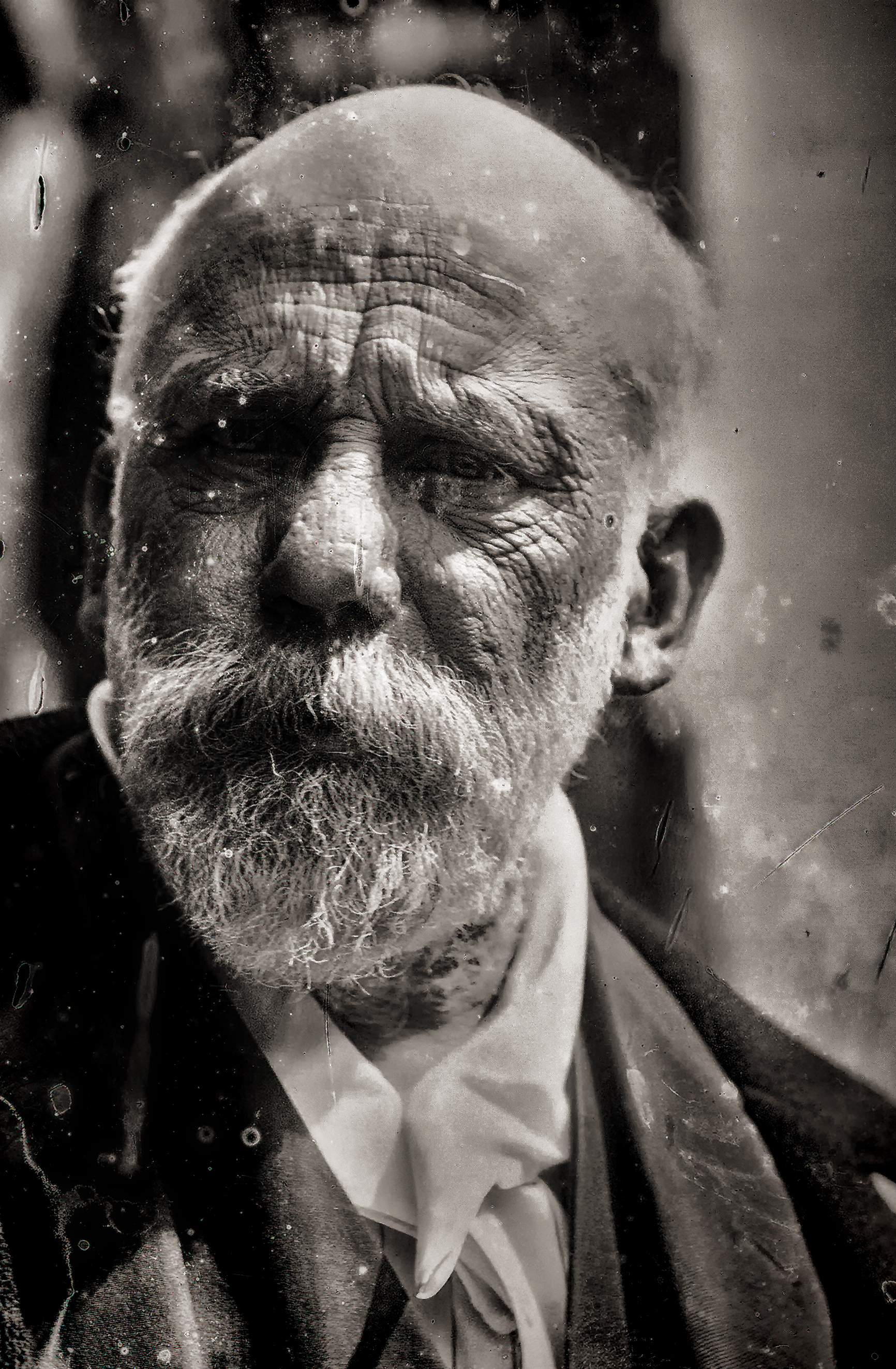 We still can’t supply this record of a camera event with a date, but now we can speak about it from a partly recovered, partly computer-conjectured knowledge of its external and internal milieux. Whatever else the Daniel moment was in the photographer’s life, we can plausibly understand now that it occurred under a high, glaring sun which threw into relief a gullywork of deep, leathery wrinkles. Sixscore years after that instant, furrows like those aren’t much to be mapped on educated Americans’ faces. Educated Americans know now about the vasoconstrictive effects of tobacco smoke and what those do to the complexion, and so they have trained themselves to believe that this picture labeled “Daniel De Leon” may also be a clinical portrait of a heavy smoker wearing both old-fashioned clothes and old-fashioned skin. On the basis of that belief, can interpreters of that De Leon image know a thing about, say, the old fashion of De Leon’s thought? Of course not. But they may have entered an intimate new understanding of the De Leon who once was this wrinkled body.

Understanding isn’t an idea, of course. At best, this understanding can only help us imagine a body in the physical act of thinking. But think of that thinking body telling you a story about itself. Sentence by sentence, it makes itself into a unity with beginning, middle and end: a conviction, through things seen and words about those things, of itself as a history actually existing. Looking at Daniel De Leon’s newly seen image for the first time, we prepare ourselves to hope that that history may be a communication about itself — say, a communication with a newly imaginable name, Daniel. Whether or not that newly fashioned hope is an optical illusion, it has brought us under the control of a silent image which has commanded us, by sight alone, to believe it is about to tell a story about a man.

The communicable form taken by the story is a man’s wrinkled glyph.