Atkinson brought over to my rooms some friends of his, a Mrs. and Miss Peters, of whom I took photographs, & who afterwards looked over my albums & staid to lunch. They then went off to the Museum, & Duckworth & I made an expedition up the river to Godstow with the 3 Liddells: we had tea on the bank there, & did not reach Ch. Ch. again till ¼ past 8, when we took them on to my rooms to see my collection of micro-photographs, & restored them to the Deanery just before 9.

[Addition on facing page] On which occasion I told them the fairy-tale of “Alice’s Adventures Under Ground,” which I undertook to write out for Alice, & which is now finished (as to the text) though the pictures are not yet nearly done — Feb. 10. 1863

The Morgan Library and Museum, https://www.themorgan.org/exhibitions/online/alice/7

Another record from the same date:

This shows Independence Day. On the reverse of the stereo pair’s cardboard backing a note reads, “Negative damaged by varnish sticking,” but Coleman Sellers’s composition of sun and shade, hats and skirts and a punchbowl, men and women and a baby and a now extinct North American chestnut tree is still filled from margin to margin with splendor. 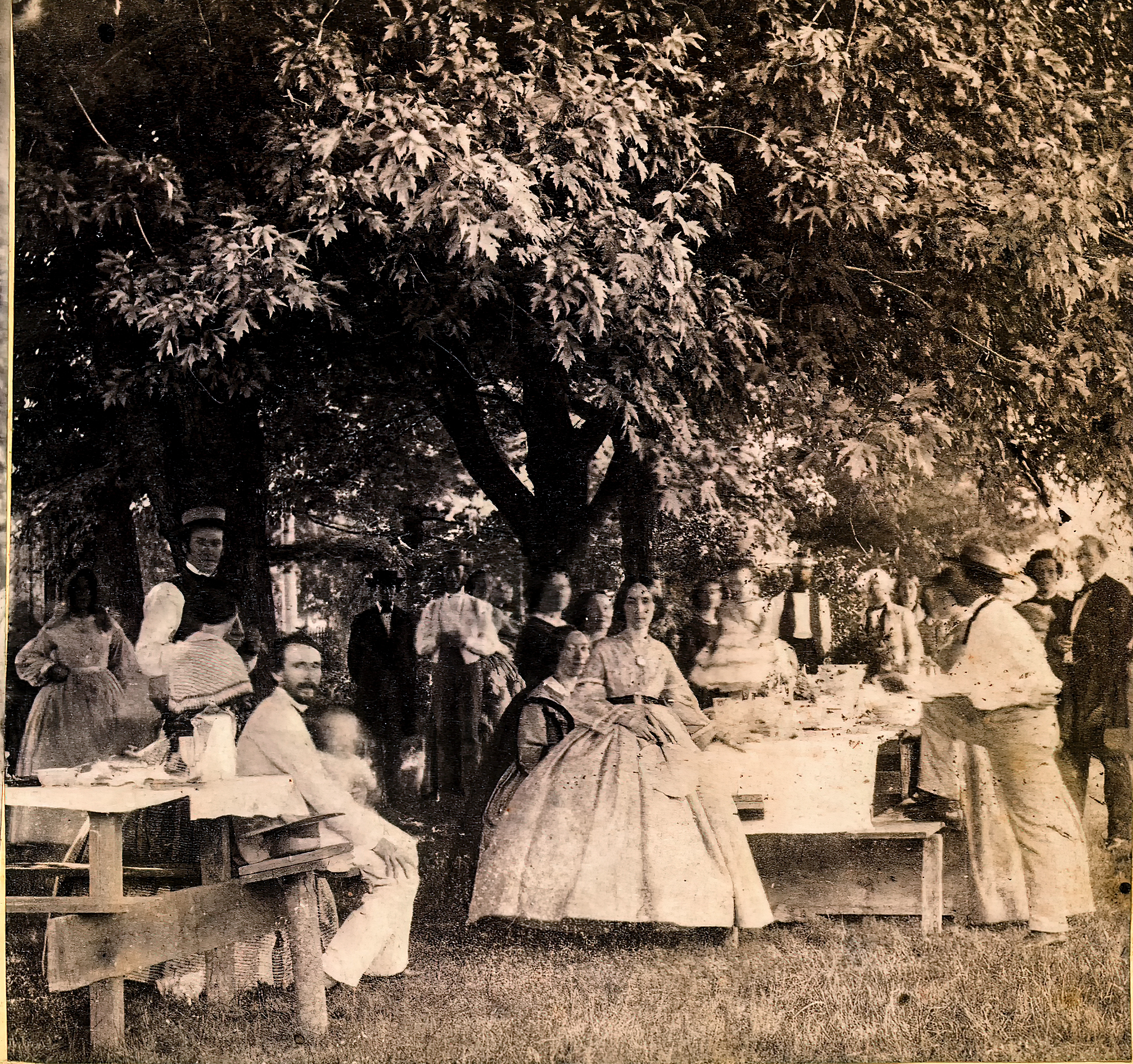 Made three-dimensional again as an anaglyph, it fills from front to back as well, in an almost luridly analytic perspective.

But even this picture is not yet nearly done. Before anyone was granted enough time to see it to completion, it had followed its perspective and vanished. To see what you are seeing now is only what the guests on the lawn could see on a summer afternoon in 1862, and that isn’t enough. What’s missing from the smoothed grass is the rabbit hole.