The gray blur’s nominal subject is far in the background, but it doesn’t need to be close. It is so big, and in its time it had always been so famous.

The largest commercial vessel in the world when it was launched in 1913, the Hamburg-America Line’s Vaterland was at its American pier across the river from New York when the Great War broke out, and it remained there until it was seized by the United States in 1917 and renamed Leviathan. The double name and historic magnitude were what came to E. E. Cummings’s mind that year when he saw the ship on his way back to the United States from his French prison: “Was it yesterday or day before saw the Vaterland,I mean the what deuce is it–that biggest in the world afloat boat.” A century later, Vaterland-memory still exists, institutionalized as a Leviathan collection in the Smithsonian Institution containing a model, a menu, the key to the kennel for passengers’ dogs. . . The ship’s orchestra also made records labeled with the Victor dog, and four of those have now been set to permanent work streaming the Roaring Twenties sound of banjos and saxophones from the Library of Congress.

But downstage from Vaterland on December 11, 1914 was this other craft. Like Vaterland, it bore a human name, but the scale of memorial desire undergirding this name was different. It was evidently conceived to immortalize not a large national metaphor but a single individual named, in flesh and blood, Herbert E. Keller. 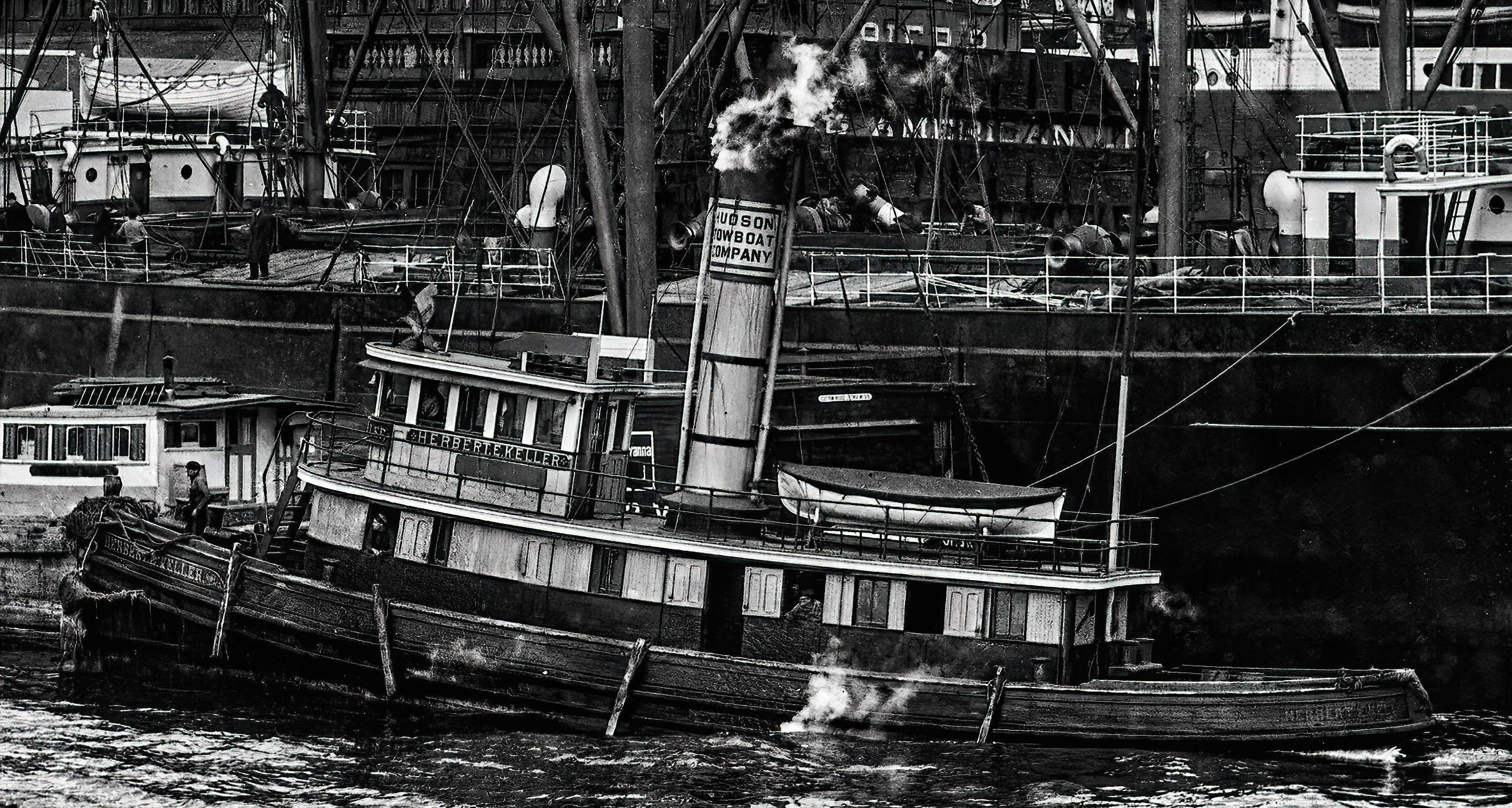 And so long as it is italicized, Herbert E. Keller’s name does survive. According to the United States Department of Commerce’s Fifty-First Annual List of Merchant Vessels of the United States [. . .] for the Year Ended June 30, 1919 (Government Printing Office, 1920), italic Herbert E. Keller was an iron towboat of 57 gross tons and 39 net tons, with a length of 63.5 feet, width of 18.8 feet, and depth of 8.0 feet. Her indicated horsepower was 200, she carried a crew of four, she was built in Tottenville, NY, in 1911 and homeported in New York, and she was not equipped with wireless apparatus. For “Herbert E. Keller” in roman, Findagrave.com finds nothing approximating a contextually plausible floruit, but I suppose the words may remain readable yet in, say, the records of the Hudson Towboat Company or a history of the port of New York. Three of italic Herbert E. Keller’s crewmen are visible as they ride their boat, too, and two of them show their faces so clearly that modern facial-recognition software might be able to name them from their position in an archive.

But in the photographic record the face of the third crewman is all but indecipherable. 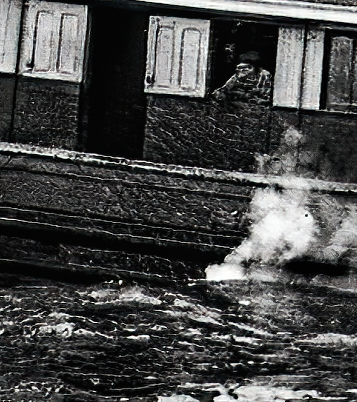 Heat from a cloud of steam has imposed Schlieren distortion on what you see of his part of the boat, and then just below and ahead of him a fingerprint has been pressed into the negative itself, physically altering it. At some time after a photographer for the Bain News Service opened his shutter on December 11, 1914, he or a co-conspirator broke down representation’s fourth wall and branded an image he had captured for the record of history with a mark of his anonymous own.

In the eras before photography, published illustrations often bore two small supplementary captions: at lower left, the artist’s name followed by the Latin identifier pinxit; at lower right, the engraver’s name followed by the Latin identifier sculpsit. In this image, the sculpsit is the oeuvre of somebody in a darkroom, fingerpainting. The artisan laid his hand upon the face of his creation, replacing with a nameless biological datum a face which might have testified to a name and a chronicled life. One of the modes through which Vaterland, the fingerprint’s background image, survives in its forcibly adopted fatherland’s national site of memory happens to be a menu item wittily named Epigrammes, but in the foreground the sculpsit of its creator is witless. Its only communicative function is to blot out whatever possible words might once have named a man.

The menu’s epigram is “Adieu.”

Keats to his brother and sister-in-law, September 17-27, 1819: “Severn has got a little Baby–all his own let us hope–He told Brown he had given up painting and had turn’d modeller. I hope sincerely tis not a party concern; that no Mʳ ——— or **** is the real Pinxit and Severn the poor Sculpsit to this work of art.” (Selected Letters, ed. John Bernard [Penguin, 2014], p. 432.)