Toward a deck on wheels, light blasts horizontally. Its source would probably have been powdered magnesium heaped on a palette, ignited by an electric spark and leaving in its aftermath a cloud of yellow-gray smoke. The men illuminated on deck are being caught in a recorded act of what’s now called history, with coordinates in space and time: Pennsylvania Station, New York, USA, August 27, 1920.

In the station, the light has caught some men with notebooks in the act of recording the history. On their platform underground they are at the edge of terra firma, just at the brink of the gap that separates them from the man on the deck who is speaking the history to them. The same historiographic impulse that has directed a bolt of energy into the magnesium has given the speaker on deck a title that enrolls him in flash’s vocabulary: Governor James M. Cox of Ohio, Democratic candidate for the presidency.

Below deck is the level of dark. There, simple machines are at their work: wheels, steps up an inclined plane, an Archimedean screw. Because these execute physical law, not historical process, they don’t need the light that men require. Beneath the level that has been penetrated by flash, they are about to begin bearing the voluble men on the deck away from the illuminated fraction of a second where it has been 8/27/20. An instant from now, they and the men will be together in the dark tunnel where it is forever. 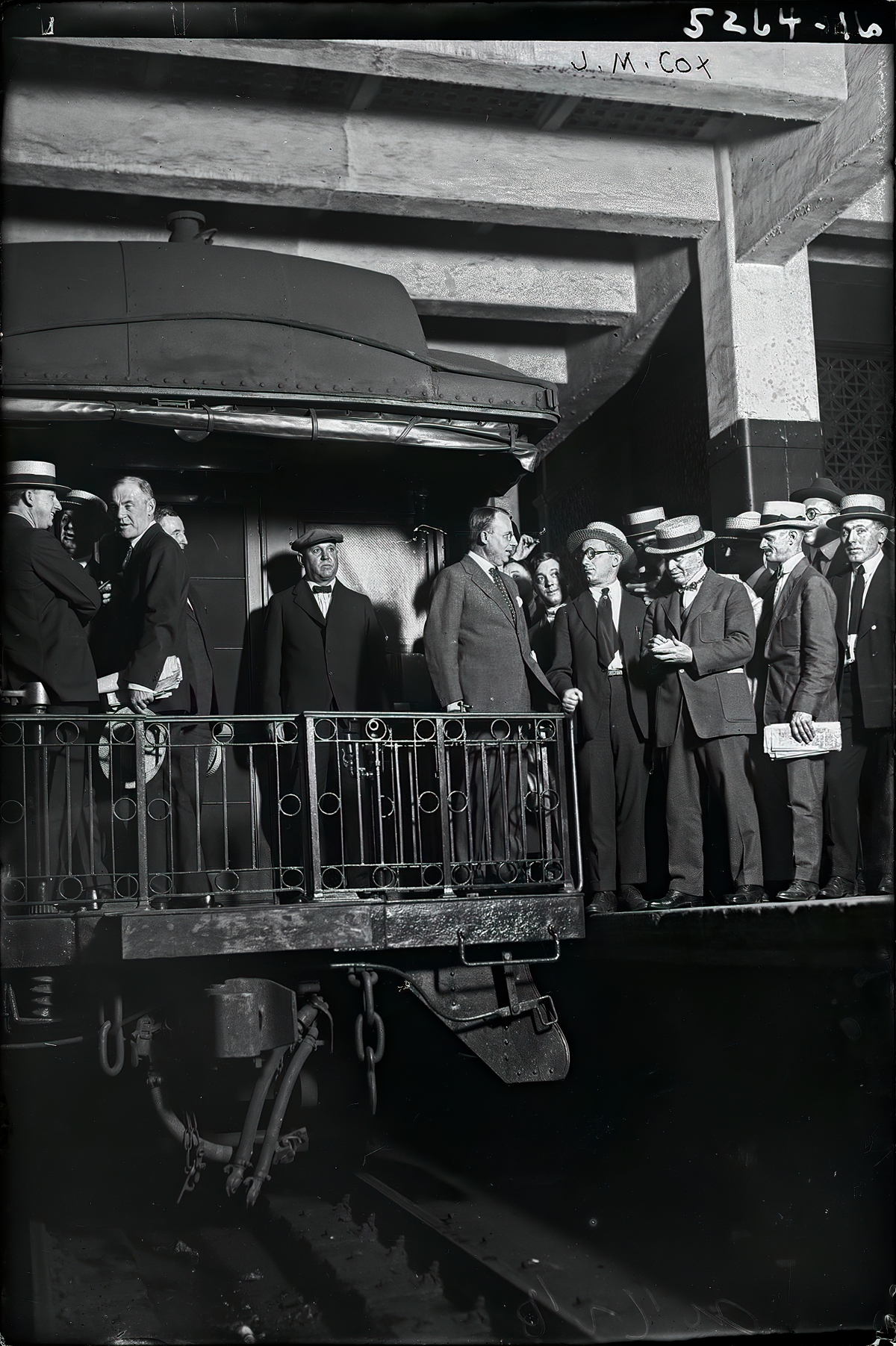