With a conductor’s gesture, a man poised at a brink once brought together two curves. 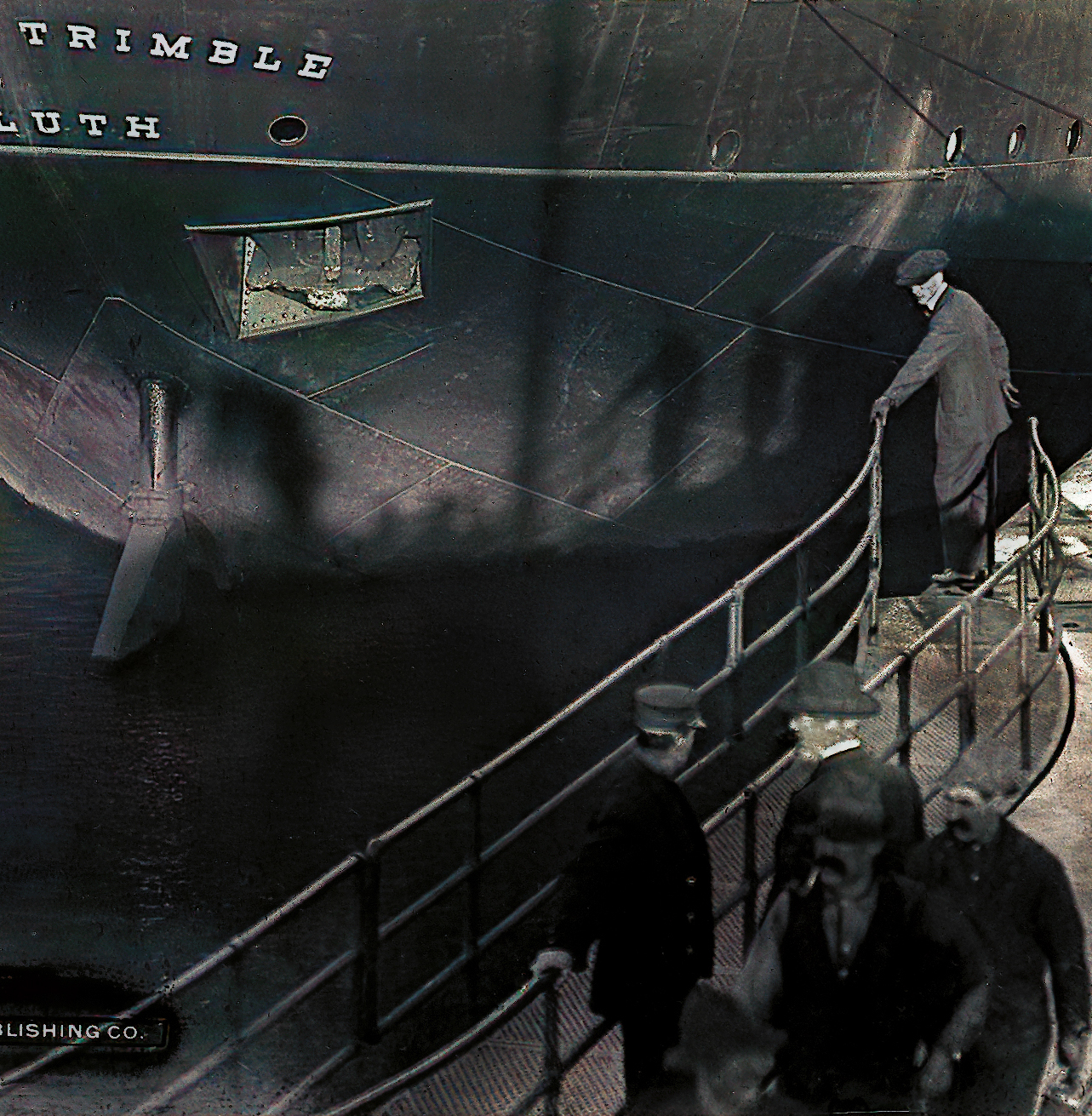 Angular flesh and rounded iron approached each other, light and shadow moved over them, and a moment was consummated and became past.

Borne above the shapes like a banner, the word Trimble meant nothing. It only said, as if say were an intransitive verb. It was an order of service: a separately published hymnal to be sung from while the two bodies approached, touched, and then fell away. During that limit instant, the word and the two bodies were united in a single imaged meaning, fully understood but not articulable. Thereafter, in separation, all that could be said in words took the form of a caption (“Davis lock, St, Mary’s Falls canal”) that sang of the watery bed but not of the coming together in light and shadow that had once filled it. 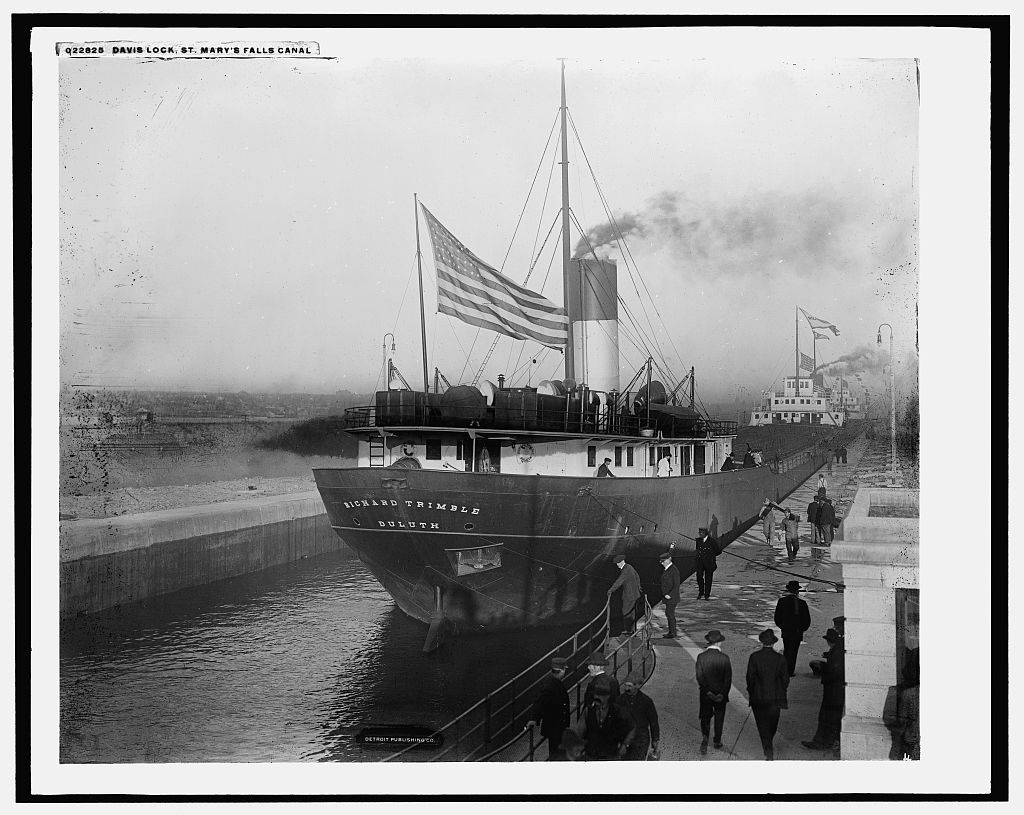 The Library dates the image between 1913 and 1920. However, the mustached man with the pipe appears to be wearing a wristwatch — an accessory which didn’t come into wide use until after World War I.