The face looking out at you from a page of the New York Public Library’s online catalog is striking enough to capture your attention. The image is small and faded and the caption on its mount, “Commissar of the Petrograd Commune,” is just barely informative. For what they are worth, however, print, mount, and caption have been made available online from Soviet Russia in its early years: A collection of photographs presented to the New York Public Library, which the library describes as

An album of 150 photographs by various unknown photographers, documenting the early years of the Communist regime. Includes list with titles of the pictures. Pl. 149 is a portrait of S. Freud. Good condition but brittle mounts.

The Freud attribution is the cataloger’s own contribution from New York. In the Russian revolutionary album itself, the revolutionary of the mind is identified only as “Unidentified.” 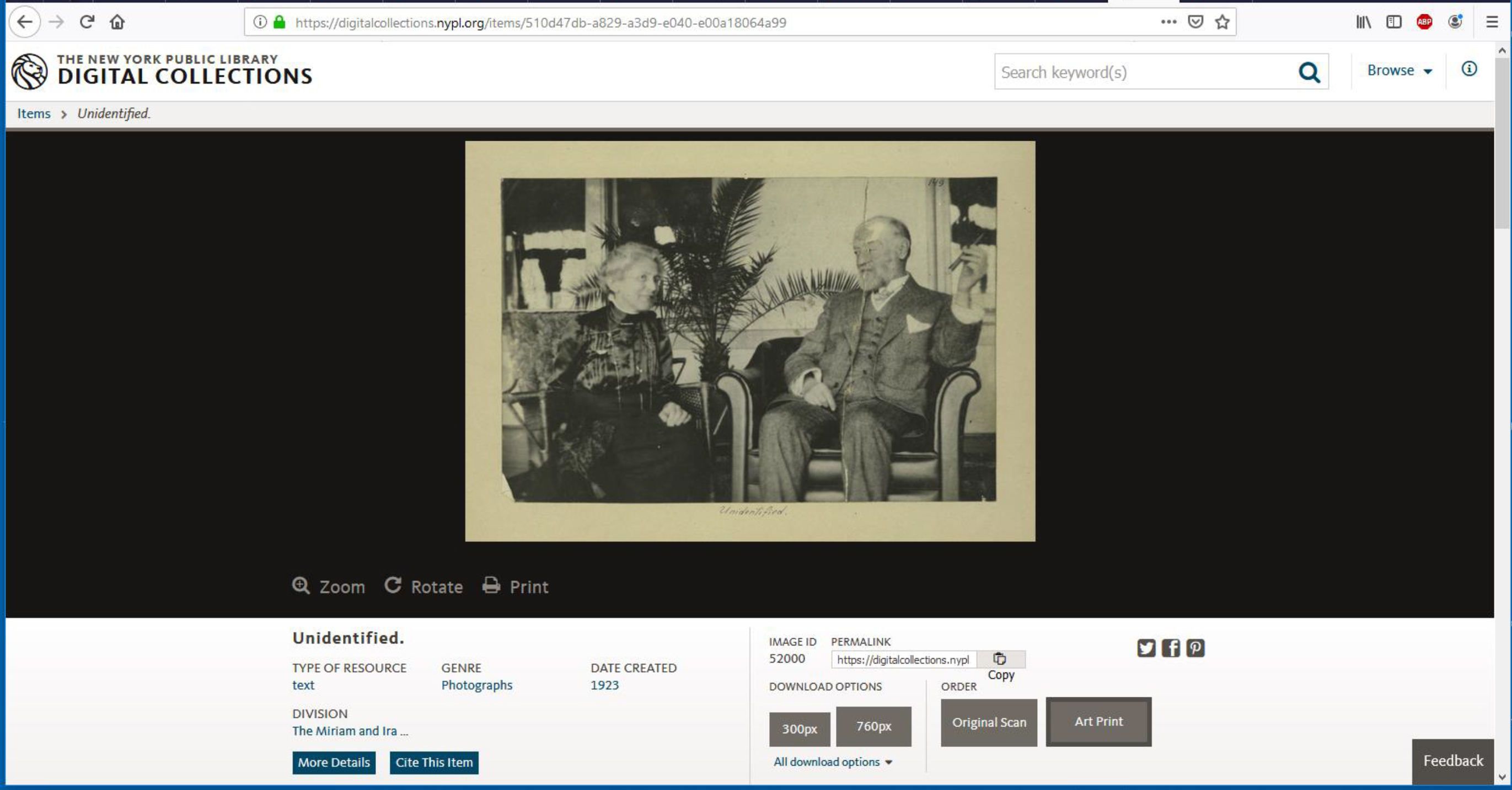 But the cataloger was assisted in writing her history of the image by a history from outside the image. Freud was so well photographed in his time that he has come to exist for readers ever after as a pre-established image in the mind, to be recognized by brow, beard and cigar. Western culture has issued him an aesthetic passport and stamped it with port-of-call visas from library upon library. But that didn’t happen to the commissar of Petrograd. After all, only a few historians, veterans of years of retrospection, now possess a visual sense of the drama of local government during the early Bolshevik years. I’m not one of those historians; I don’t even know my way around their section of the library. When I came across this item in the catalog the other day, it was for the first time. So how was I to see it? 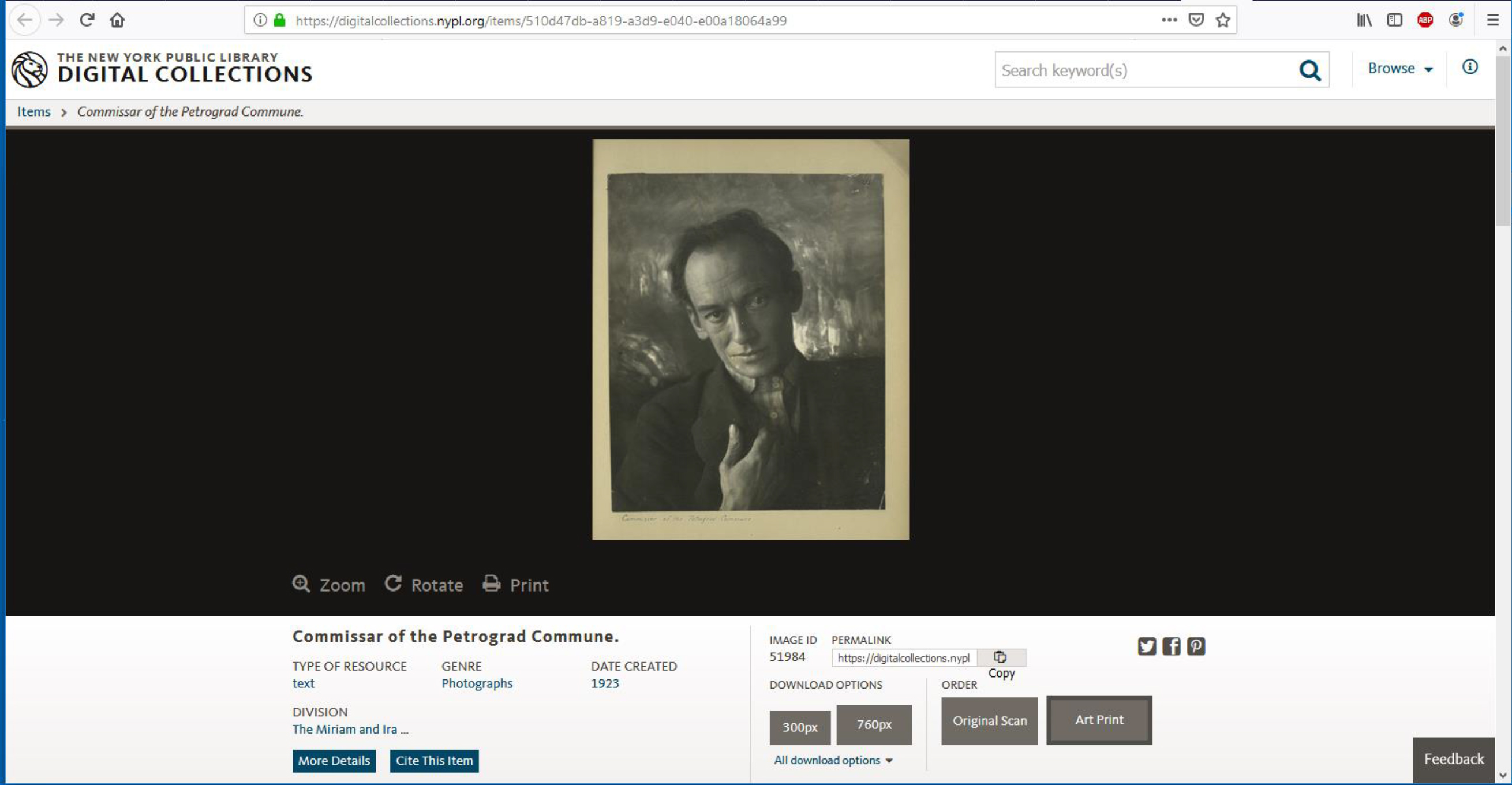 To ask that question in that way risks sounding like sophomore Existentialism, but in fact the question has a satisfyingly dry, technical answer, one that relies on the paradoxical paucity of information about the image. Generally, it wouldn’t be practical to run a reverse Google search on a photograph of Freud; the media environment of potential finds would be too target-rich. But Google has also conserved on a small, readily catalogable shelf in its crypt this single face of one of the unremembered. See: I copy the album photo that isn’t Freud’s into the search bar and hit Send, and back comes a confirmatory echo — this one with a name attached. 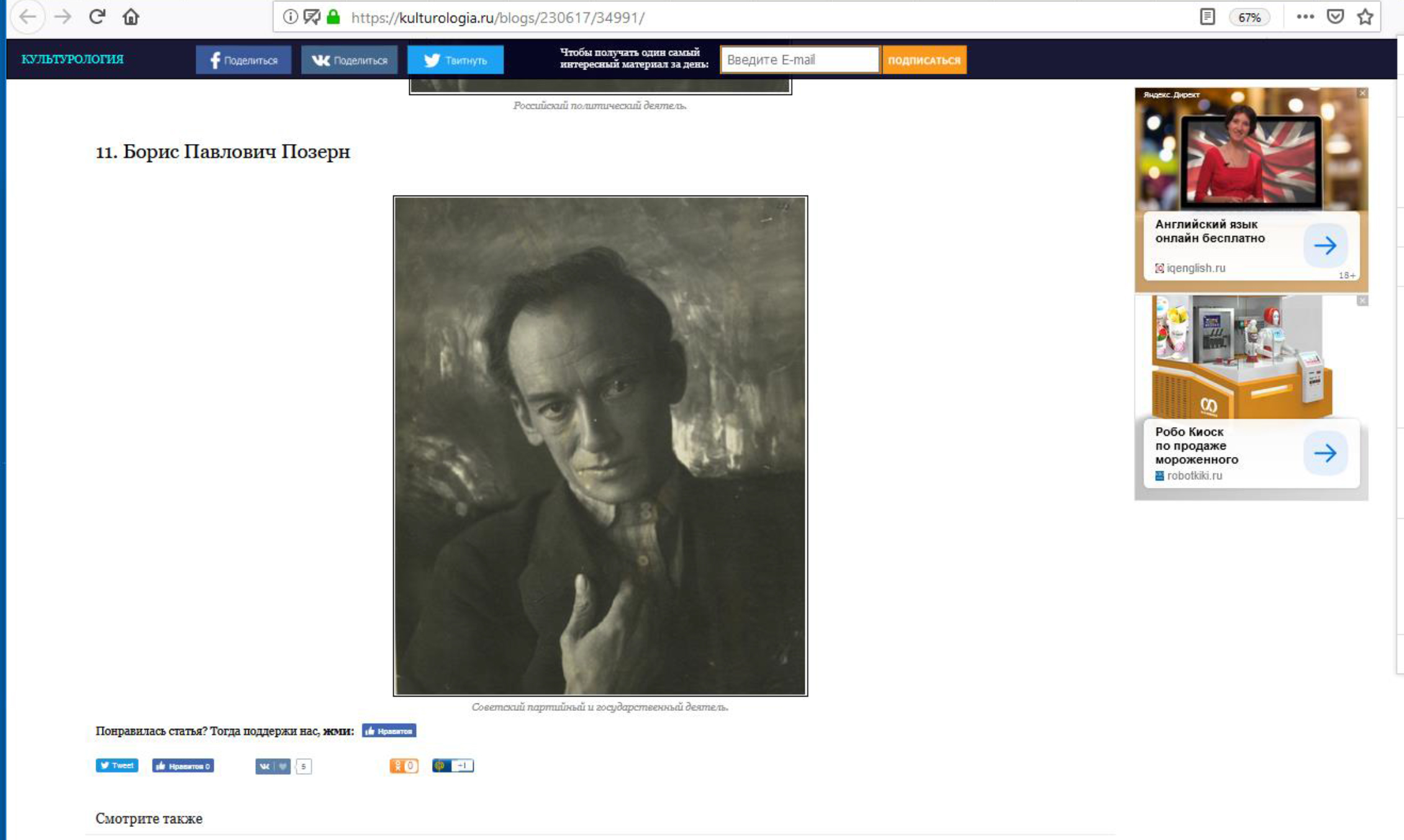 And yes, personality. On this page from the Russian online magazine Kultorologia, Commissar Pozern’s image manifests itself to history in a piece of photojournalism titled (in translation) “A special period: portraits of the Russian revolutionaries of 1917,” whose editors conclude by pleading, “Do you like this article? Then support us by clicking Like.” A century after it was taken down for the chronicle of Russia, the commissar’s history is being merged into an aesthetics. Just to Comrade Prozen’s left, his article’s page was displaying, at the moment in 2019 when I clicked “Print Screen,” a clickable advertisement for English-language instruction and a clickable advertisement for an ice cream vending machine. 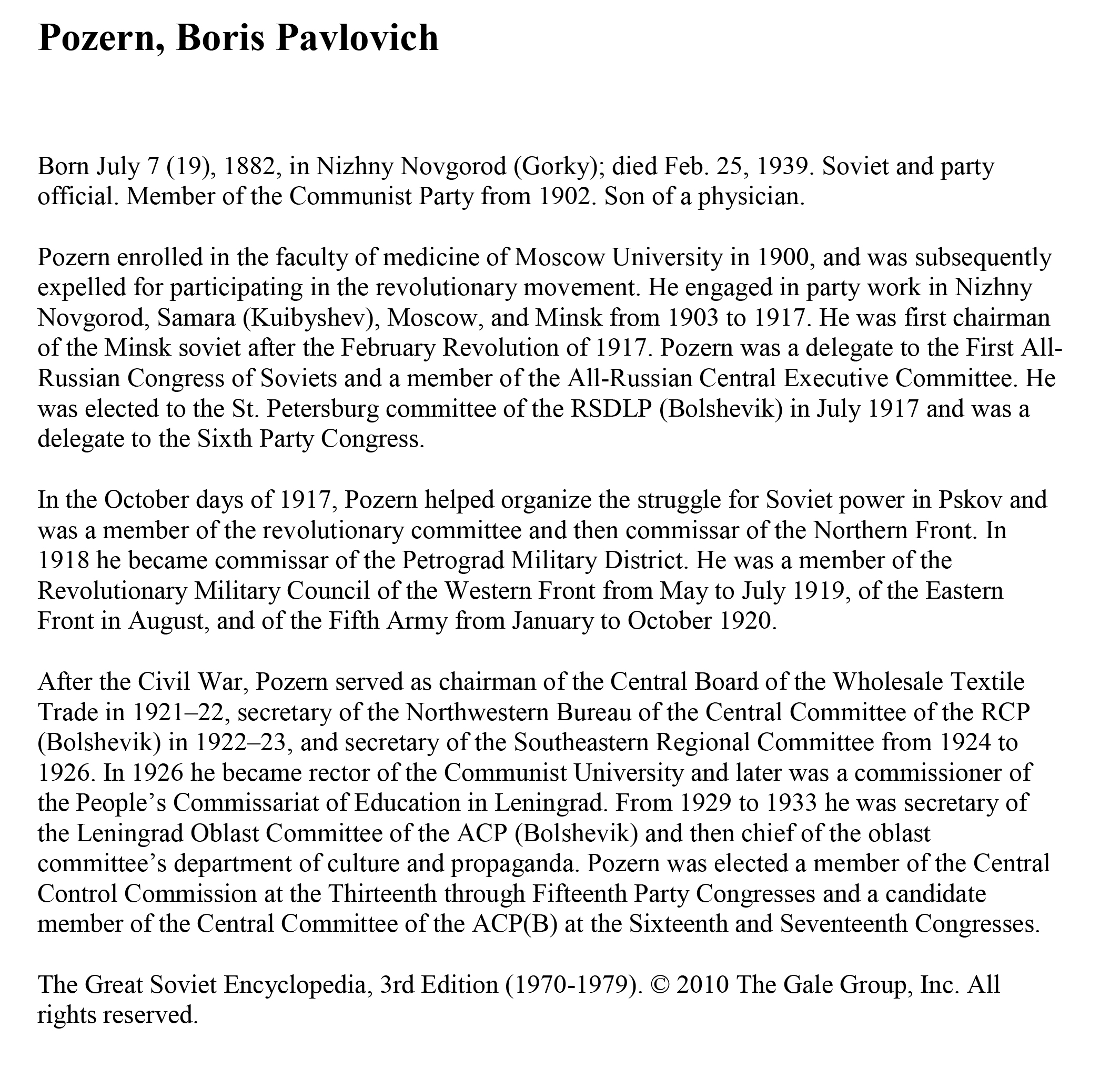 Twenty-first century pop history, however, fills in the discreet lacuna opened by twentieth-century scholarship. In the blog Sovereign Ukraine, a 2015 article by Chad Nagle titled “Stalinist Mass Murder and the Warping of Russian History” explains, with an illustration: 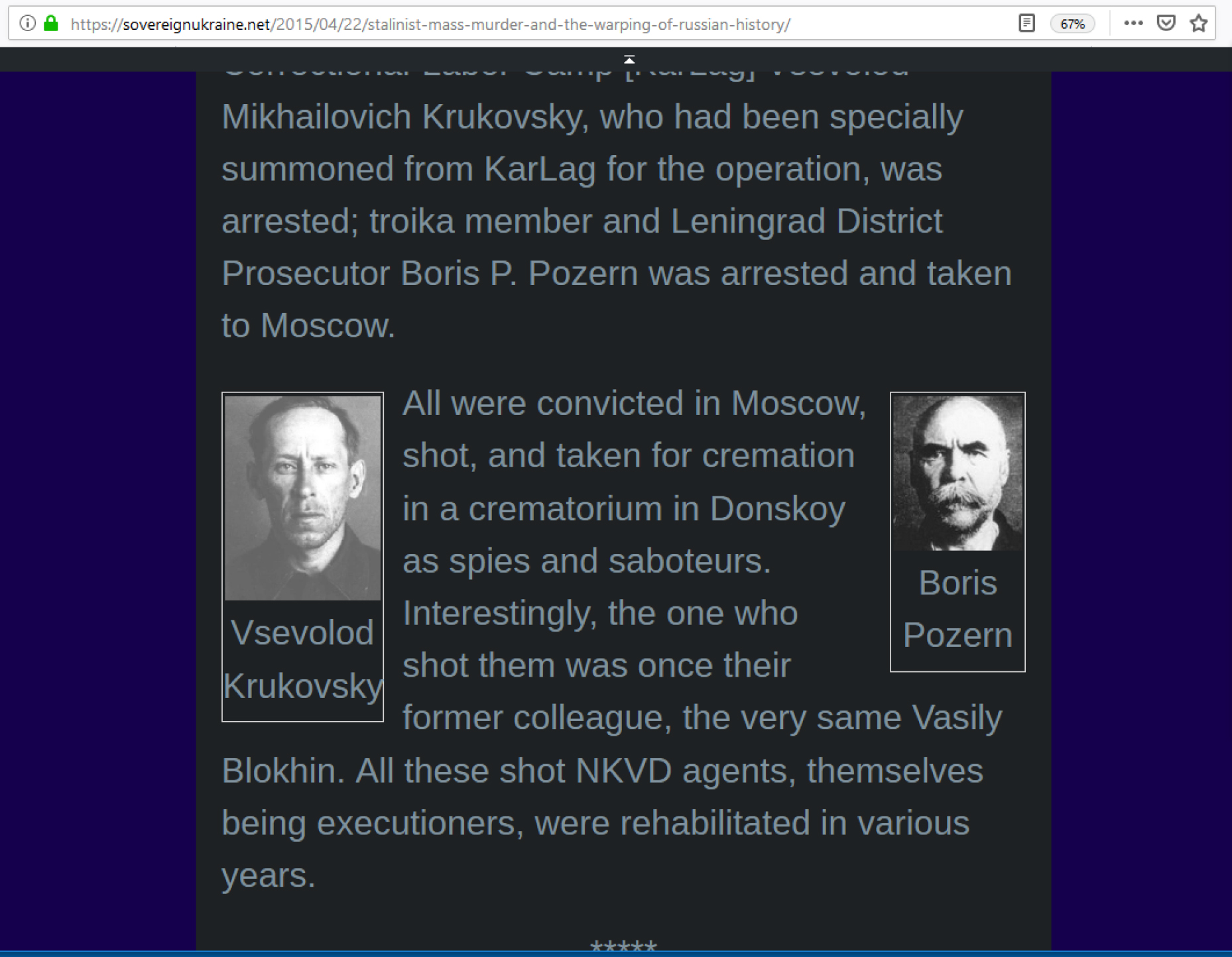 But with that, history is rejoined by aesthetics. The two faces identified with the name Pozern obviously represent different points along a timeline, but in each face the right eye displays a distinctive droop at the outer canthus. Somehow that confirmation makes me happy, as if by looking hard at a picture of somebody dead I have done something with my own life. Happily, I go on to deploy Photoshop and a small battery of artificial-intelligence image-enhancers from Topaz Labs. Happily, I begin seeing still more in Boris Pavlovich. I think I am getting to know him. 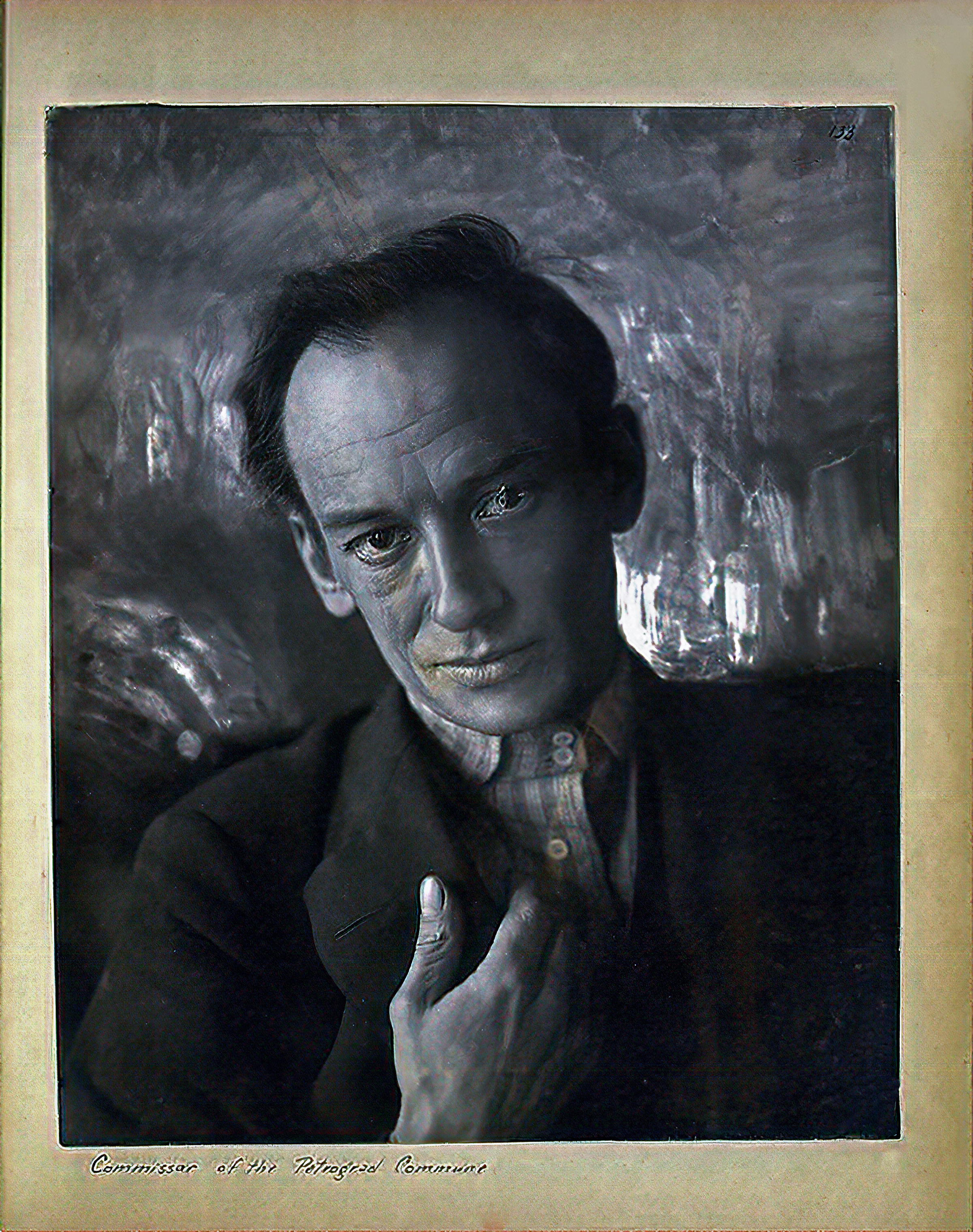 After comparing the two images, I can be sure that the damage I see is in the picture, not the man. All the reproductions I have seen of this photograph are blemished with identical spots and scratches, so I assume they are all copies made from a single print, not a negative. In the course of decades of revolution and war, the negative has probably vanished. Photoshop and I have erased most of the spots and scratches, but short of deleting the plenum of Boris Pavolovich’s eye and starting over with a paintbrush, there is nothing more we can do for him. And the starting over seems somehow arrogant. Here in his rehabilitated image, Boris Pavlovich has come back almost to life, but Photoshop and I are no Orpheuses. Whether or not we turn away from our monitor to look for Boris Pavlovich, he will remain blind and dead.