Post-processed to restore contrast and recover unregistered pixels, this image becomes readable. It is seen now to be separated from its background among the words of this post as if it were delimited by a beginning and an end. If the photograph were a text like the post, it would betray signs of irony. Within its border and there only, it shows you sharp shadows of a northern solstitial dawn, a cloud of exhaust smoke darkening lacustrine air, motion-blurred propellers, silhouetted men bending to their work, and in the background a Biedermeier landscape about to be reduced to history by the great balloon whose shadow is about to fall on it. As the complex of cloth and shadow ascends, a literary thought-balloon ascends with it and choruses in the buzz of propellers: “I’m gone; I passed out of the picture. Little do you know.” 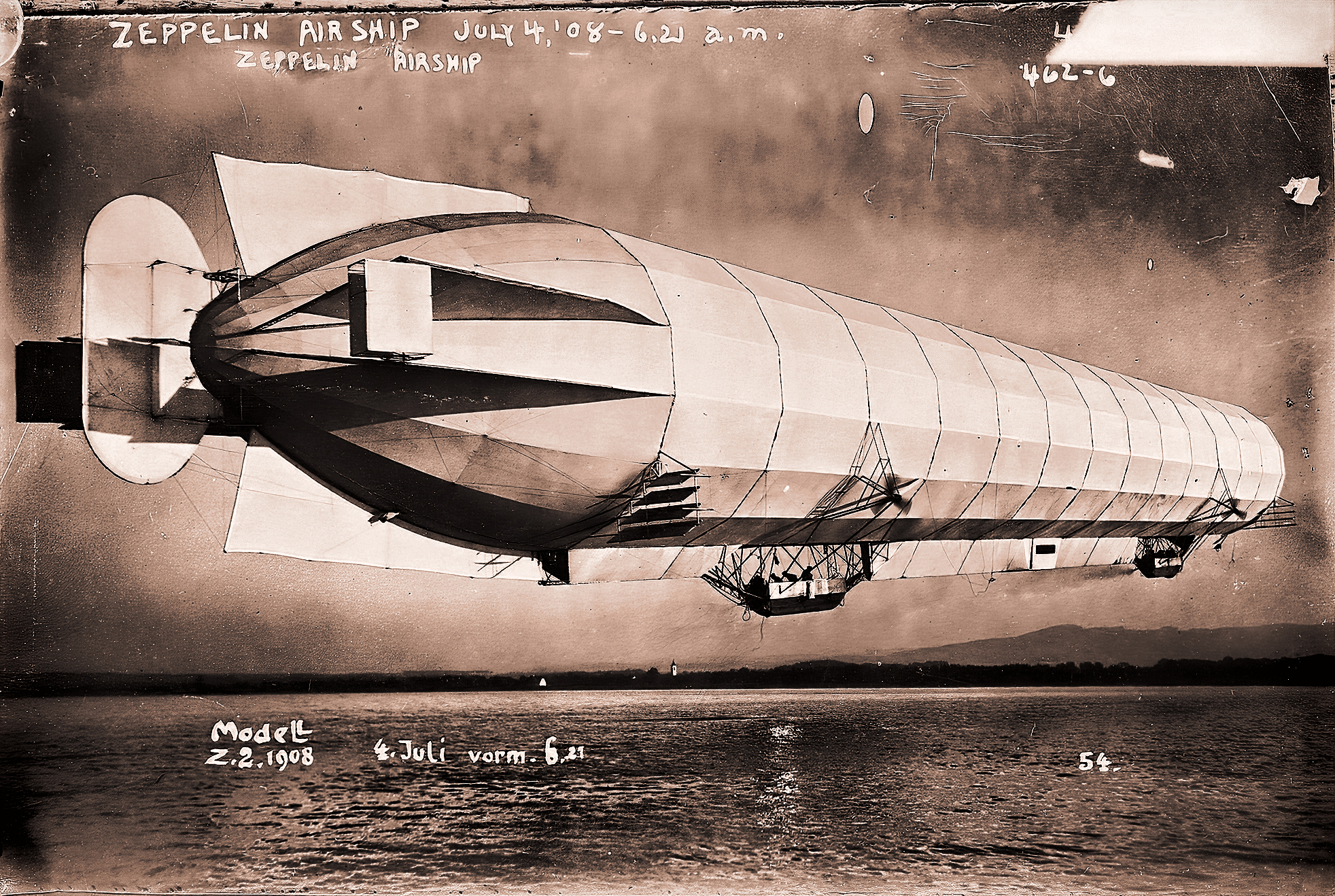 But you do know the image, for sight doesn’t enter memory in a textual way. To begin perceiving an image is to begin following a trace through light and shadow of a memory that will live on in you even though it it died before you were born. The image you see is a memory error resulting in the optical illusion of belief: the illusion that (for instance) you must have been (for how could you not have been? unconquerable memory has surged out of the image frame and taken dominion over you) a part of what was once, for an instant over an Alpine lake one July morning, seen and thereafter remembered for (as it must have seemed) ever.