Having been produced for a news agency, this photograph had a verbal meaning in advance. Even before it was a latent image on a glass plate, it always and only signified what the words written on the plate afterward were intended all along to say. “Checking loads of snow,” the words said to themselves, and then to posterity they added, “N.Y. Jan. ’08.” From the beginning, from the moment the horses were seen with the intent of being experienced editorially, their image meant and meant only checking. Checking, said the verbal construction to itself and to posterity; checking, not treading; checking, not dancing. As we look at checking we are to experience by evocation a crunch of wheels through snow and a jingle of harness, not the pattering of Shiva’s finger drum.

See. All is shovel and plod, all is gray. 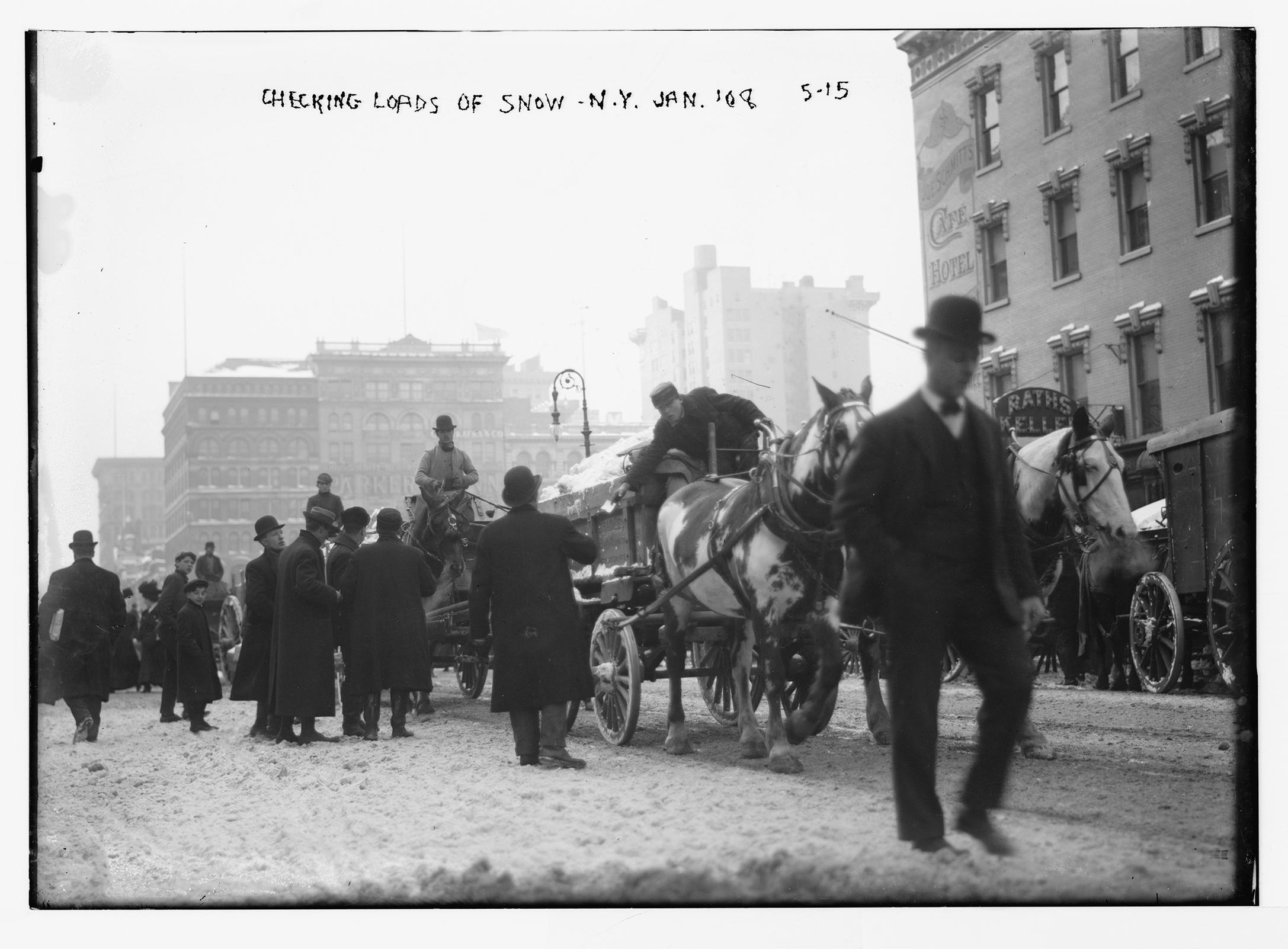 As of the beginning of 1908, the gray horses in their gray snow were ordinary. They were to be taken in immediately, without registering on the senses, like the “understood” words “Every driver must” that aren’t written on a stop sign. Nobody within this image can be heard saying, “Dance” or “Breathe” or “Be” or “Cold” or “White.” As of January 1908, the horses and the man were not significant. They were only real.

And now they are only a history, and (depending on whether you count “N.Y.” as one term or two) that history is restricted to a vocabulary of only seven or eight words. Horses and man and snow seem to have passed from an uncomprehended past to a merely textual present. Along the way their historical existence vanished without ever having been vouchsafed a meaning as such. If that had existed, it would have been a meaning not delimited by words, contained solely within itself, forever. But on the evidence, it seems not to have existed.

But if the transit of twilight across the snow could be reversed, and then if the text of the history of checking could be covered over by a silent whiteness?

The image is in our hands, and we possess a technology for opening it to a not yet read chapter. Look in, then, and see: the dancer comes, as he always comes. His step toward us is that which communicates again and never not and forever. 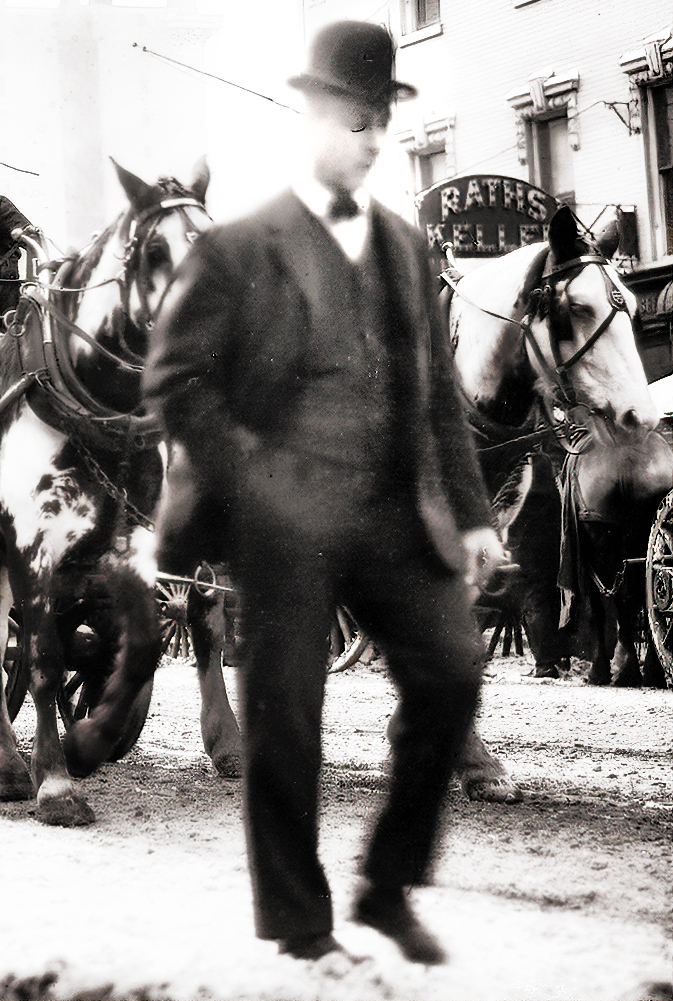 Eyes cast down in love toward his earth, he dances. Behind him come dancing the hooves of his corps de ballet. They are seen now as such, and as it turns out they always were. They are now to be seen forever in their snow. That is what they always have meant. Step by step, forever, they are going to teach us dance.