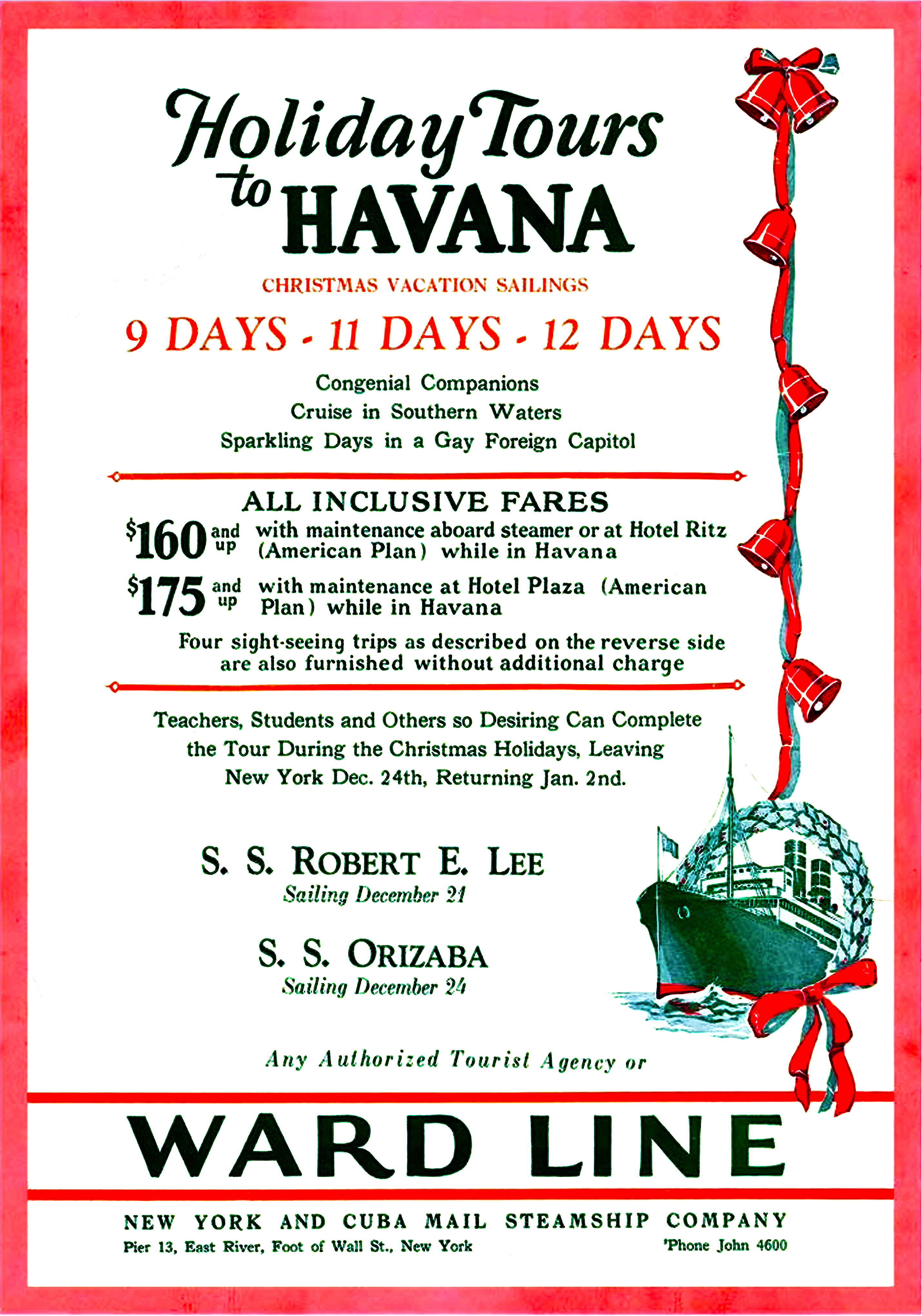 The literary history of this flyer will call special attention to the Orizaba, from whose stern Hart Crane leaped to his death on April 27, 1932. The night before, he had followed a sailor into the crew’s quarters, attempted to seduce him, and been beaten and robbed.

The language history will call attention to that incident in the hors-texte and then, in the text, to the phrases “congenial companions,” “cruise,” and “a gay foreign capitol.” It might also take one more moment to call attention to the apostrophe in the word “’phone.” Always silent, never spoken in its entire history, that almost entirely useless little punctuation mark has been ruthlessly fitted now with an apparatus of connotations and made to signify quaint anachronism. Just as much as the big change in the meaning of “gay,” that little change in editorial convention is the sign of a supervention of historical irony, the little did they know effect.

So we probably ought to try to sense it, for to feel the no longer spoken prefix tele- as a phantom limb of the stumpy new twentieth-century word ’phone will be to approach an understanding of how meanings come to die. The first instant of the symbol’s new silence will be the sequel of a local little tumult where something drowned.

Chronology: I have found this flyer in two locations online, but it isn’t dated in either one. Its termini, however, would be 1925, when the newer of the two ships, Robert E. Lee, entered service, and the end of 1930, when New York’s telephone numbers were changed from word plus four digits, as in the poster, to word plus five digits (advertisement, New York Telephone Company, Daily News, 16 Dec. 1930, p. 19).

I have photoshopped the flyer to correct for browning and fading.