a thin black line line becomes apparent. Cutting its way through gray and brown, it shapes itself into the appearance of something recognizable by cultural memory as an artwork, the kind named profile. Named, the work becomes instantly, intimately known. The gray and the brown now appear always to have been part of a work in purposive progress. They take on the additional definitions of fur and shadow, and in that two-word lexicon there is no order of priority. It is, and it seems never not to have been, a single meaning of gray and brown. 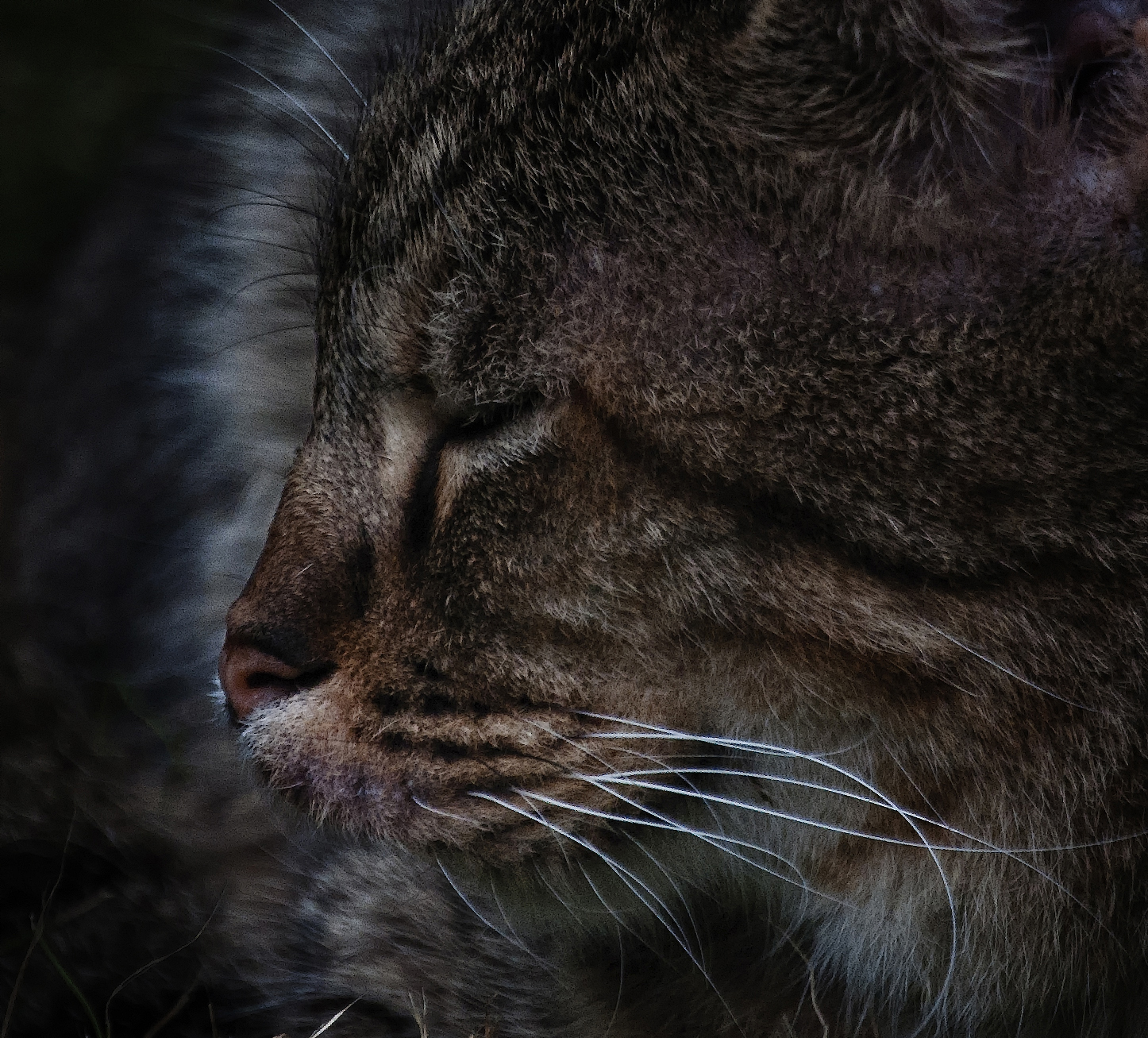 Of course, as Aristotle teaches, that particular meaning is intelligible only within its outline of silhouetting fur. Outside outline there can be nothing but the endless: the void prior to beginning.

But when vog modulates light, it reveals a furry penumbra where light lingers for what we realize is a next-to-last time. We become aware that we have seen and named it before. Along the no longer entirely black border between a dimly glowing cloud without and a dark, momentarily beating heart within, memory creates an image.