* With all her brass agleam, Miss Howe passes Mr. Death on the right. 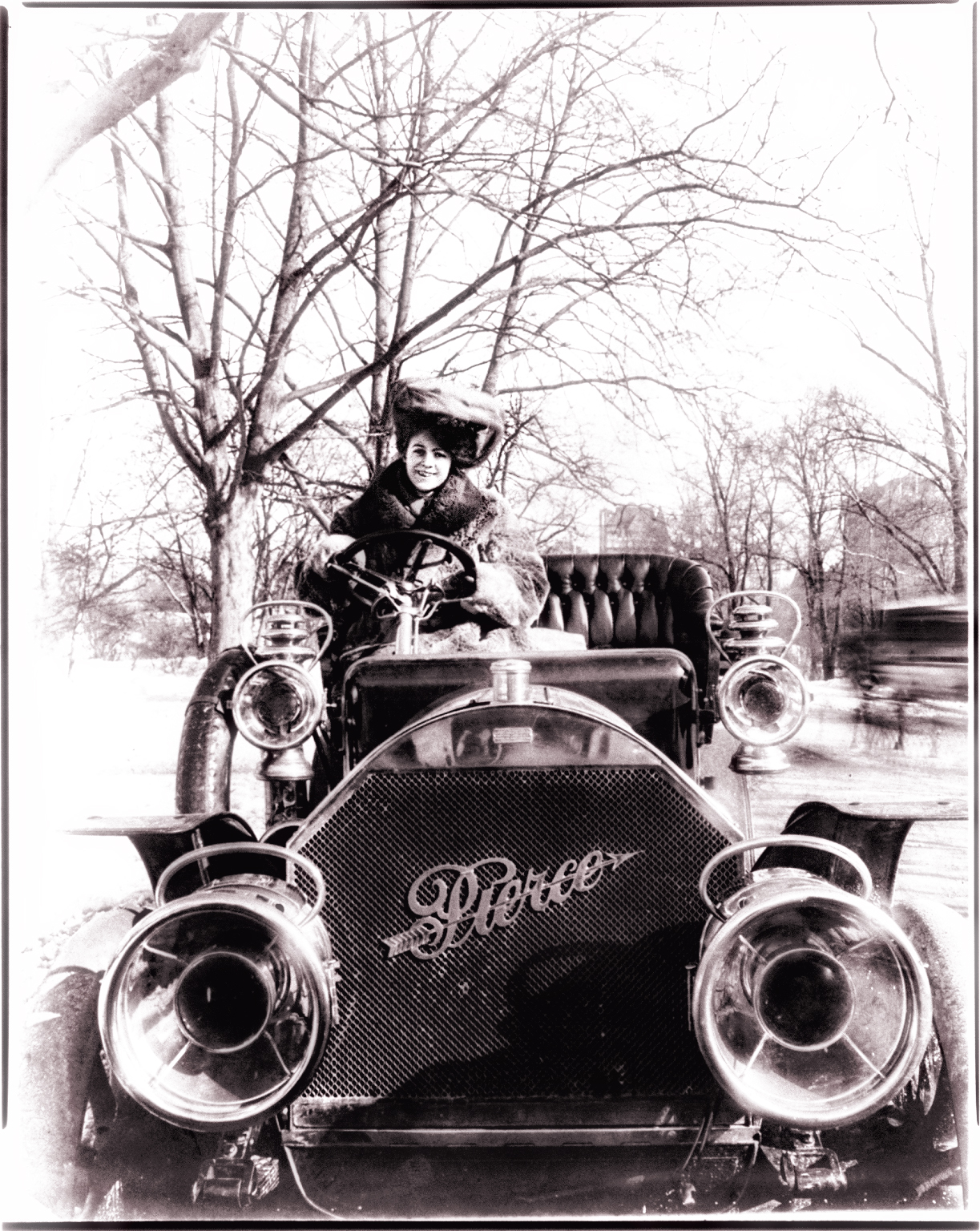 *** Susan Howe is also the author of a book called My Emily Dickinson.

**** Mr. Casaubon’s punch line: In this image, Miss Dickinson may be the passenger in the ghostly vehicle on the right. Her driver slowly drove, according to the trip log, but even a heartbeat moves enough to make us and the record in images of our lives unclear.