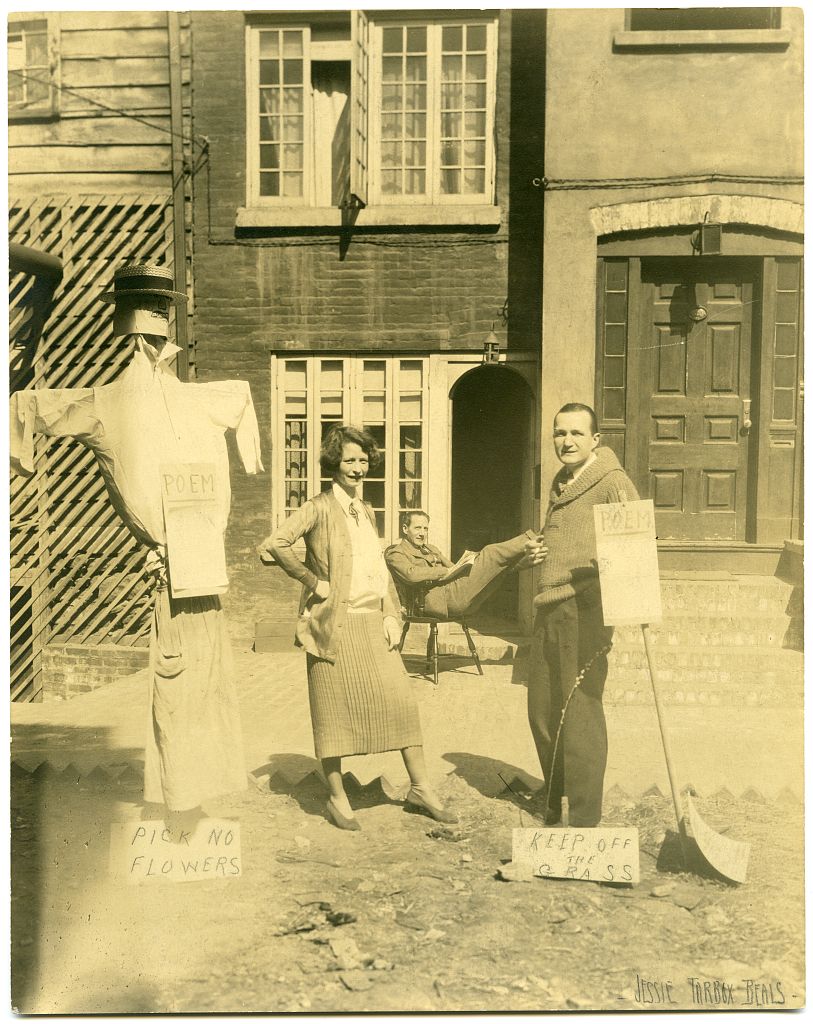 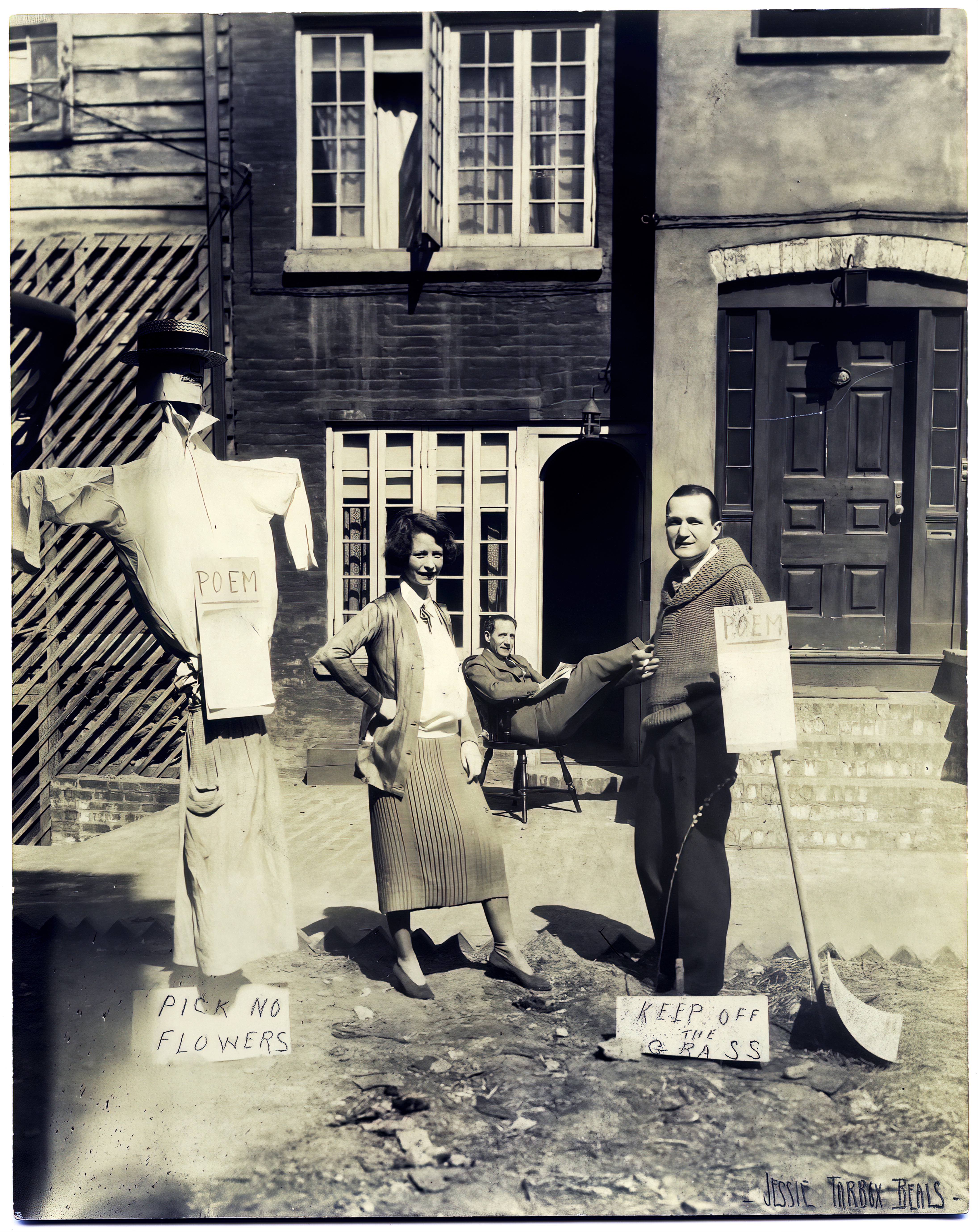 this is a photograph by Jessie Tarbox Beals of Edna St. Vincent Millay and Edmund Wilson at Millay’s Greenwich Village home in 1923 or 1924. In the background, of course, is Millay’s husband, Eugen Boissevain, and standing closer to the poet than either of her men is a Dada scarecrow. “Pick no flowers,” says one of the signs on the ground, and “Keep off the grass” says the other. In the restoration it’s easier to read the words and see that there are no flowers and no grass. A year or two after The Waste Land, the poet’s cozy little backyard looks like the punchline of a cozy little joke. This stony little Eden . . .

And Photoshop has brought the signs’ Edenic commandments back to unambiguous legibility. There on their plot of earth they still stand, saying as clearly as ever what it turns out they have never not said: No, and again No. Their command is still in force, too, because the poems that share the image with their fiat have been obliterated. Hanged in sunny silence within range of the prohibitions, the poems are forbidden fruit. If lusciousness can be realized through the shady business of language, it has no part in Paradise.