I posted a note about what then appeared to be the impending construction of a great astronomical telescope atop Hawaii’s 14,000-foot Mauna Kea. The construction was opposed with chants and picket lines by native Hawaiian shamans and University of Hawaii theoreticians interested in laying cultural groundwork for the dictatorship of the proletariat, but Barack Obama was President and I was optimistic. Optimistically, I illustrated my note with this fantasy of the telescope towering over the Black Forest ski hut where Martin Heidegger dressed up in peasant garb and went shrooming for the Authentic. 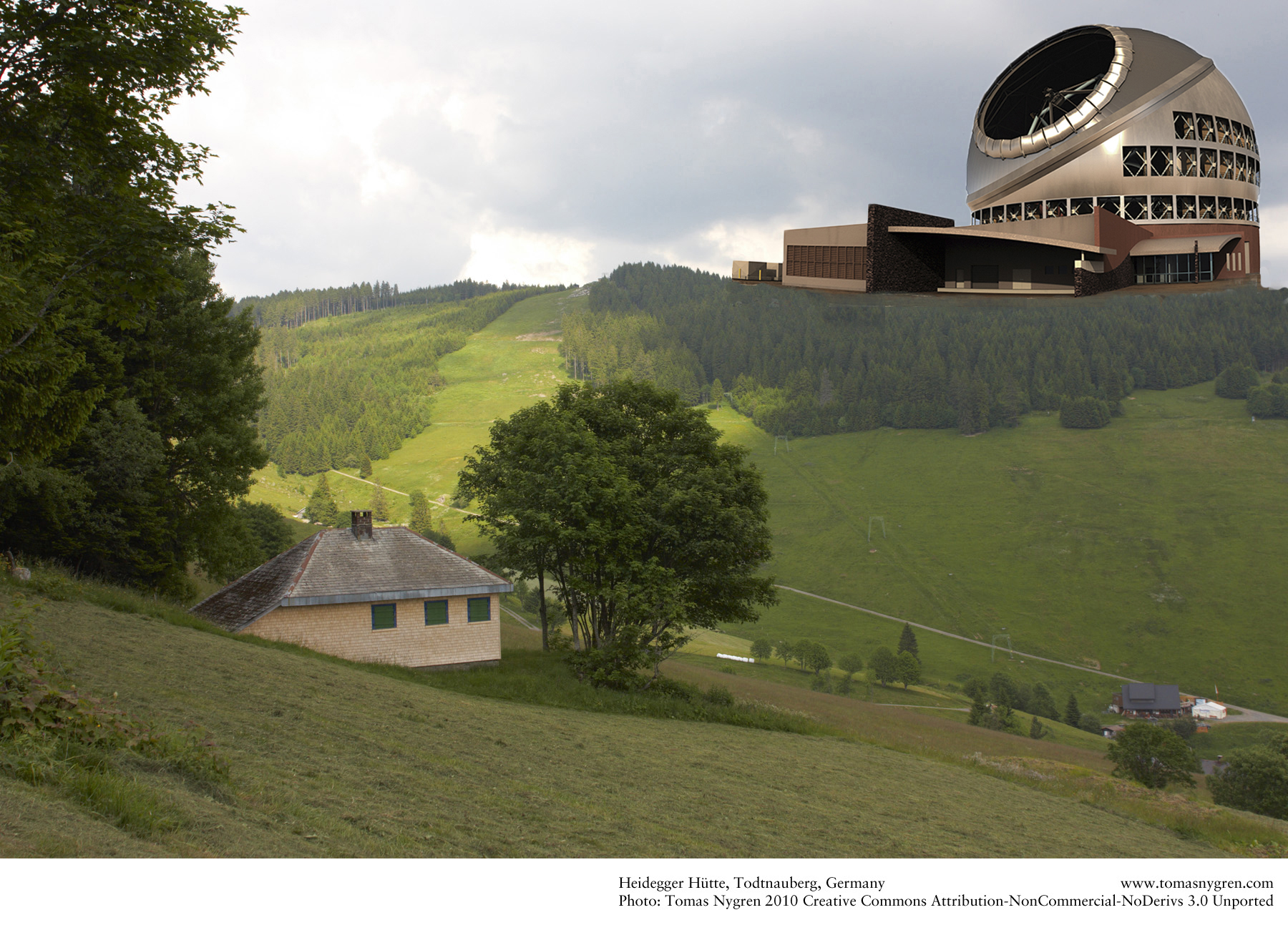 Two years later, it’s obvious that my Photoshopped optimism was incoherent. I had appropriated an architect’s rendering of the telescope in its rightful elemental night, but during the hours of his waking Martin Heidegger oversaw from the windows of his squat sturdy hut a mountain landscape brimming with illumined fog. Because I had left the night unmodified as a single layer of dark around the telescope, the image I manipulated couldn’t withstand the next two years. Image-fogging light overspread, innuendos of divinity took effect, and as of 2017 the sky has repopulated itself with horoscopic cartoons and there is a real possibility that the telescope never will be built.

But Photoshop offers everyone who sees an image the opportunity to resee it. Accepting the second chance, I will try to reimagine the telescope as if seen at sunset, when the shamans retire to watch Fox News. As dark flows up the flank of the mountain, the dome beginning its nightly labor of vision may serve thought as an emblem of hope: an eye opening to receive light from a not yet visible star. Can anticipating sight and a star help us navigate a way of our own through the dark?