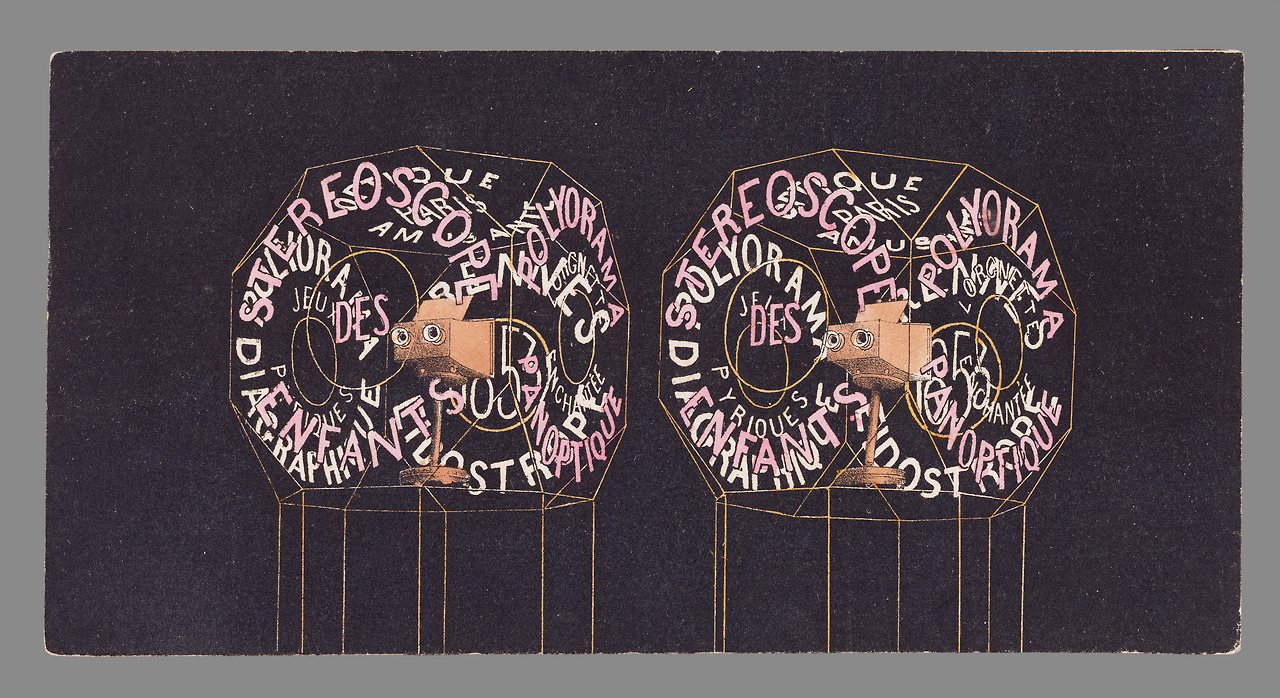 Attributed to Alexandre Quinet and published in 1853, this drawing of names is titled Le Stéréoscope des enfants. Entangled in the puzzle of their own letters, the names are the names of optical toys: the polyorama panoptique (a magic lantern with fade-out and fade-in effects for changing the pictures without a break), the jeu pyrique (a simulated fireworks show that used colored projections), and, yes, the lorgnette enchantée through which you’re intended to look at and thereby solve the puzzle. You can also read about its pieces in the history of technology at (for instance) http://stereoscope.canalblog.com/archives/2015/05/24/32105511.html, and they’re otherwise readable as primary texts in this anaglyph. Seen in the anaglyph as they’re meant to be seen, with both eyes operating at full power, the terms exhibit themselves in a polyhedral cage.  Down the centuries, schools have trained us to think of encaging concepts like this one and the others that confine us in an as if mode: as if  we were free actually to see them in three dimensions. However, this bulletin from 1853 notifies us that thought has taken a small physical step closer to actual, non-metaphoric freedom. Empowered by optical illusion beginning circa 1853, the idea of a polyhedron became realizable elsewhere than in the mind’s eye. It began enforcing belief not by recourse to thought but by recourse to sight.

One human consequence is that the idea of polyhedron has been unmoored from the two-dimensional plane it once shared with text. Set afloat in three-dimensional space, it now orbits the mind that once seemed to hold it firmly down. Yearning to reunite itself with that escaped form circling it in the dark, mind now desires to know it in three dimensions as it once knew it in two: as immediately as an axiom. And now, too, such a change in the ways of contemplation seems possible. As from 1853, all the polyhedron will require to complete its metamorphosis from an object of mediated thought to an object of unmediated sight will be a momentary withdrawal into the dark. There in pure thought, unseen, the concept Polyhedron will be able to change. And at the end of that interval, to think of it again will be to see it for the first time in the round.

But the eye didn’t change in 1853. It has always been locked and held still within its own orbit, an orbit of bone, and there it has always resisted ceding even a moment of its sight to the idea of dark. Inside the eye, moment by moment, a muscular iris is at its work of holding constant the desire for what dims and rebrightens, only dims and rebrightens. The eye contemplates neither the dark idea of death nor the illuminated idea of rebirth but only changing light, unbeginning and unending. In the dark before the eye began to see was only the lightless terminal space of death. Seen within the blinking eye are only the flashlit heres and nows of life. 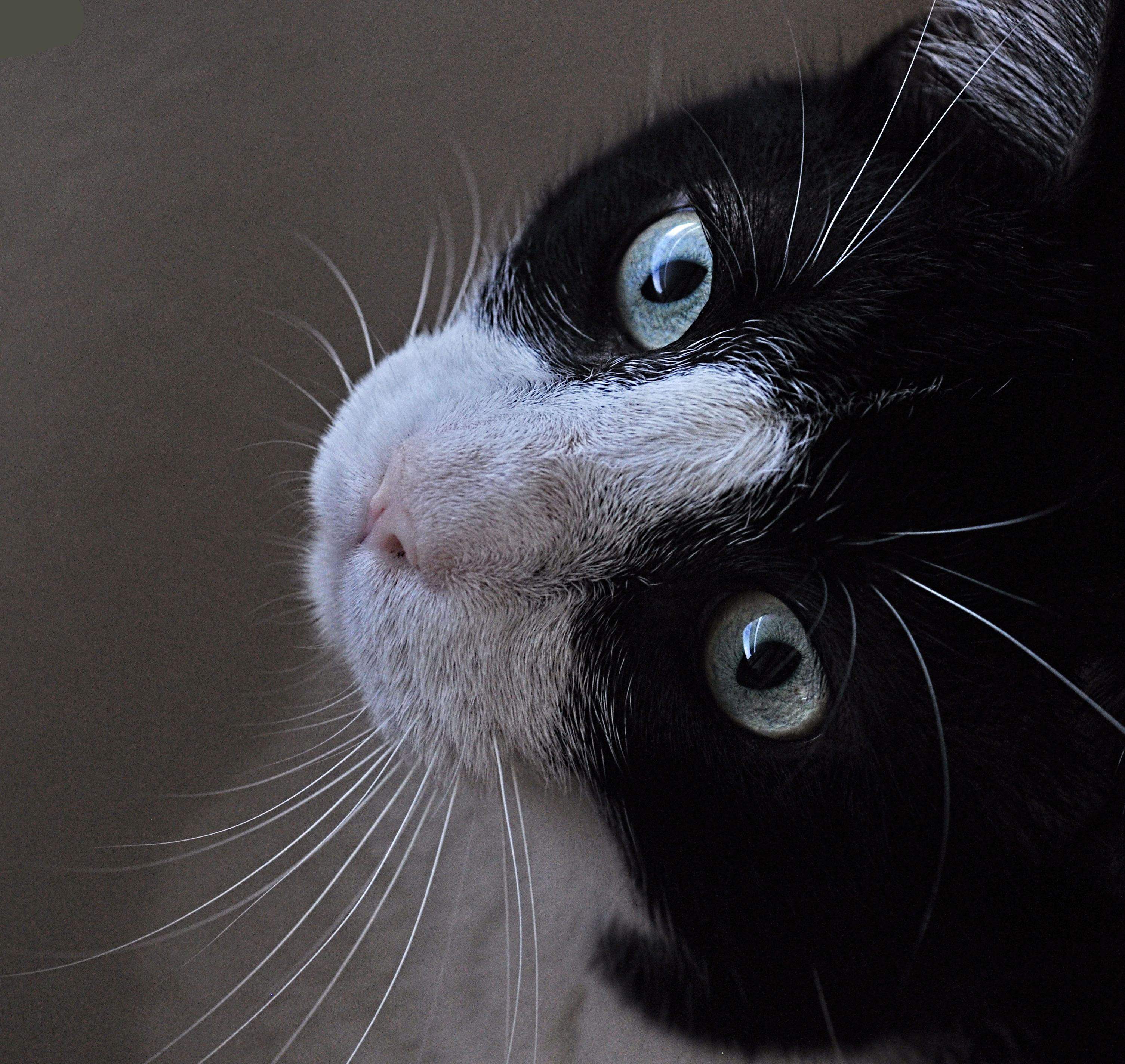