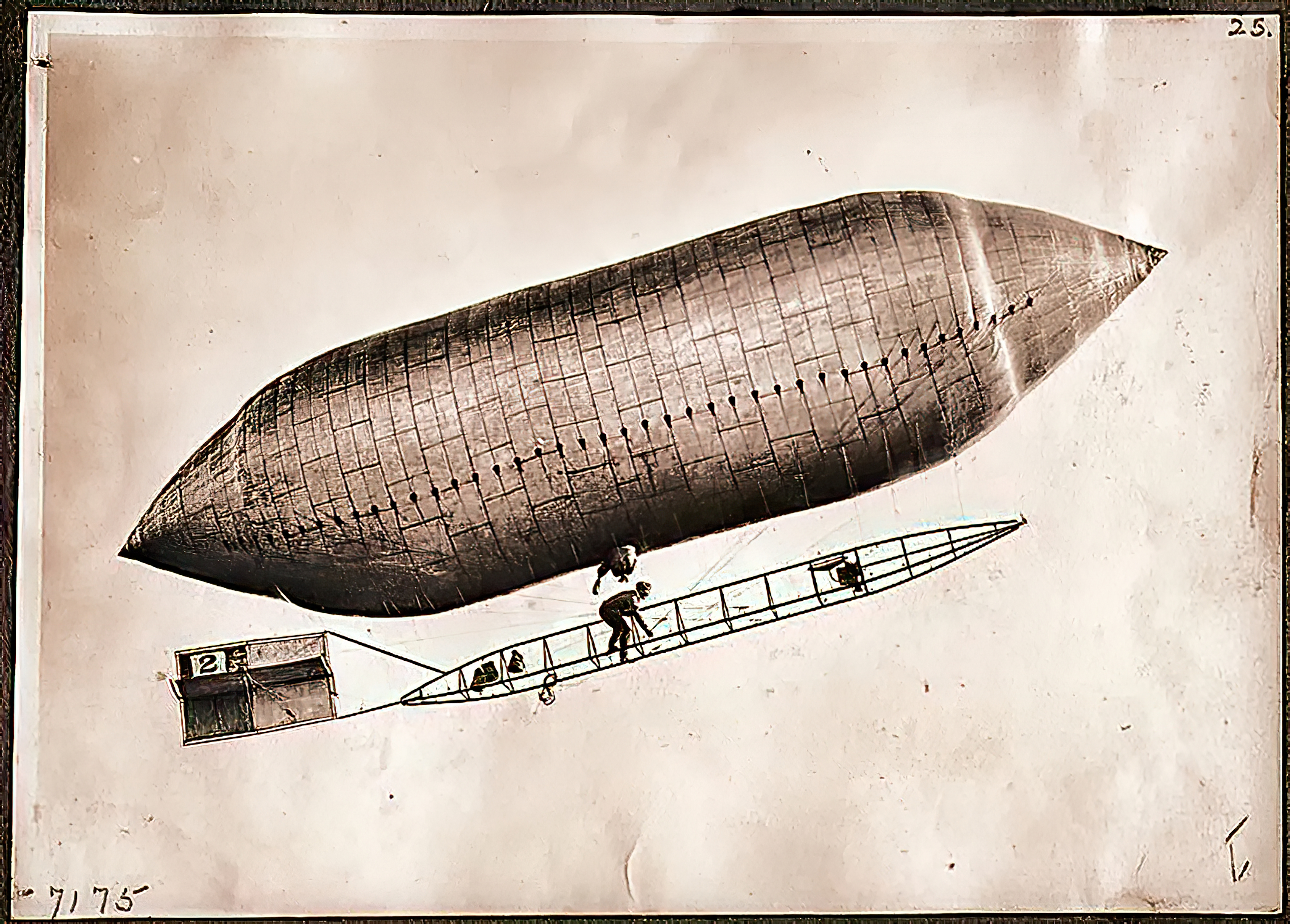 The picture depicts a sheet of paper, matte-textured and a little wrinkled with age. Floated onto its surface has come this Baldwin airship, circa 1910, bearing the pioneer aviator Lincoln Beachey into the air on a girder.

Toward the front of the girder you can see the airship’s little motor, with its gravity-feed fuel tank and its propeller shaft extending forward. The propeller isn’t visible, though. Instant by instant, its blurry trace was taken up into the bright light as it prolonged itself up through the air. Then even the light and the air were taken up by the paper. Of the moment of seen flight no record remains except, on paper, the Baldwin.

But on that surface there have been made to remain the Baldwin’s support wires, cloth-covered empennage, sewn seams around a contained body of that which is lighter than air, and just below the gas valve the body of a man (1887-1915) unmoving now but flying then, and having left a trace of flight still on the wrinkled paper.