Under electric wires and parallel to them in the vertical plane, a trolleycar comes rolling into the image. Above and just ahead of it hangs an arc lamp, suspended from its horizontal boom. Everything in this part of the record is diagrammable, and the diagram is a map of obedience realizing natural law. Alongside the trolleycar’s rails, even the picture’s human elements have become points in a specialized geometry of motion. There they are, the capped and dark-clad men and boys, displayed by the picture’s organizing force as if at the vertices of a baseball diamond. Their diamond-shaped matrix didn’t exist until they took their places, but they are playing within it now, and following the rules applicable to diamond. Out of sight above this part of the image, a breathlessly unpunctuated rush of words and numbers explains: “Stoning a car Philadelphia 2/21/10.” Two days later, a different language convention will expand the caption’s sports-page telegraphese into a page of prose with a prologue: 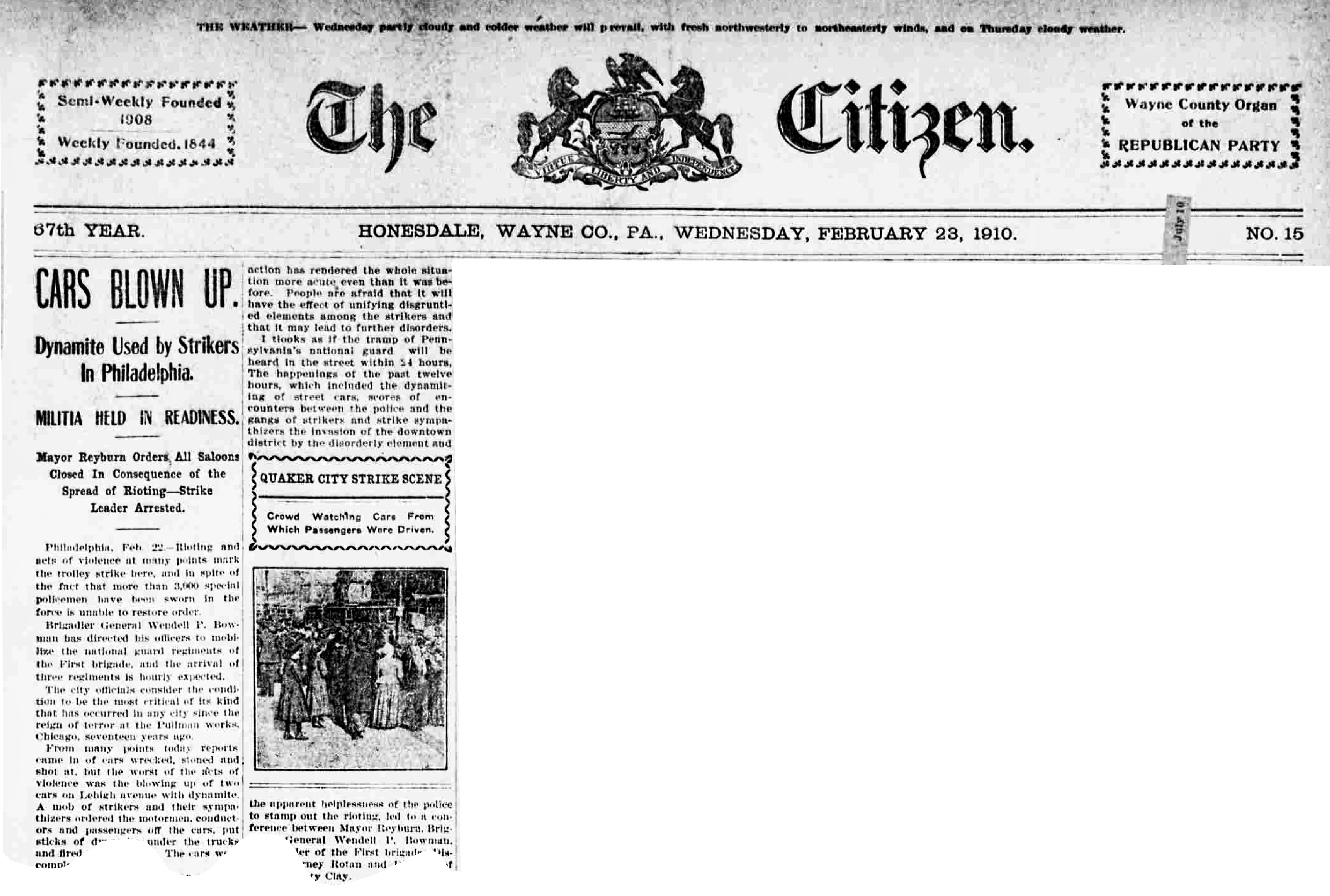 “CARS BLOWN UP,” shouts the excitable sans-serif. But that zippy string of introductory monosyllables is only a noise made to call to order a citizenry whose true language is thoughtful, slow-moving black letter. Black letter is the visual dialect not of the boys playing on their diamond but of the men keeping score in the stands. Black letter’s blackness comprehends as well the colorful coat of arms of the Commonwealth of Pennsylvania, with its plowhorses laboriously supporting a motto whose first word is “Virtue.” On the brickwork of their Philadelphia street, the stone-throwing men and boys can make themselves seen in only one way. On his newsprint in Honesdale, the Citizen can make himself seen in many ways, all of them virtuous.

But intersecting with the axis along which virtue is to be read as an attribute of black letter’s typographic geometry . . . 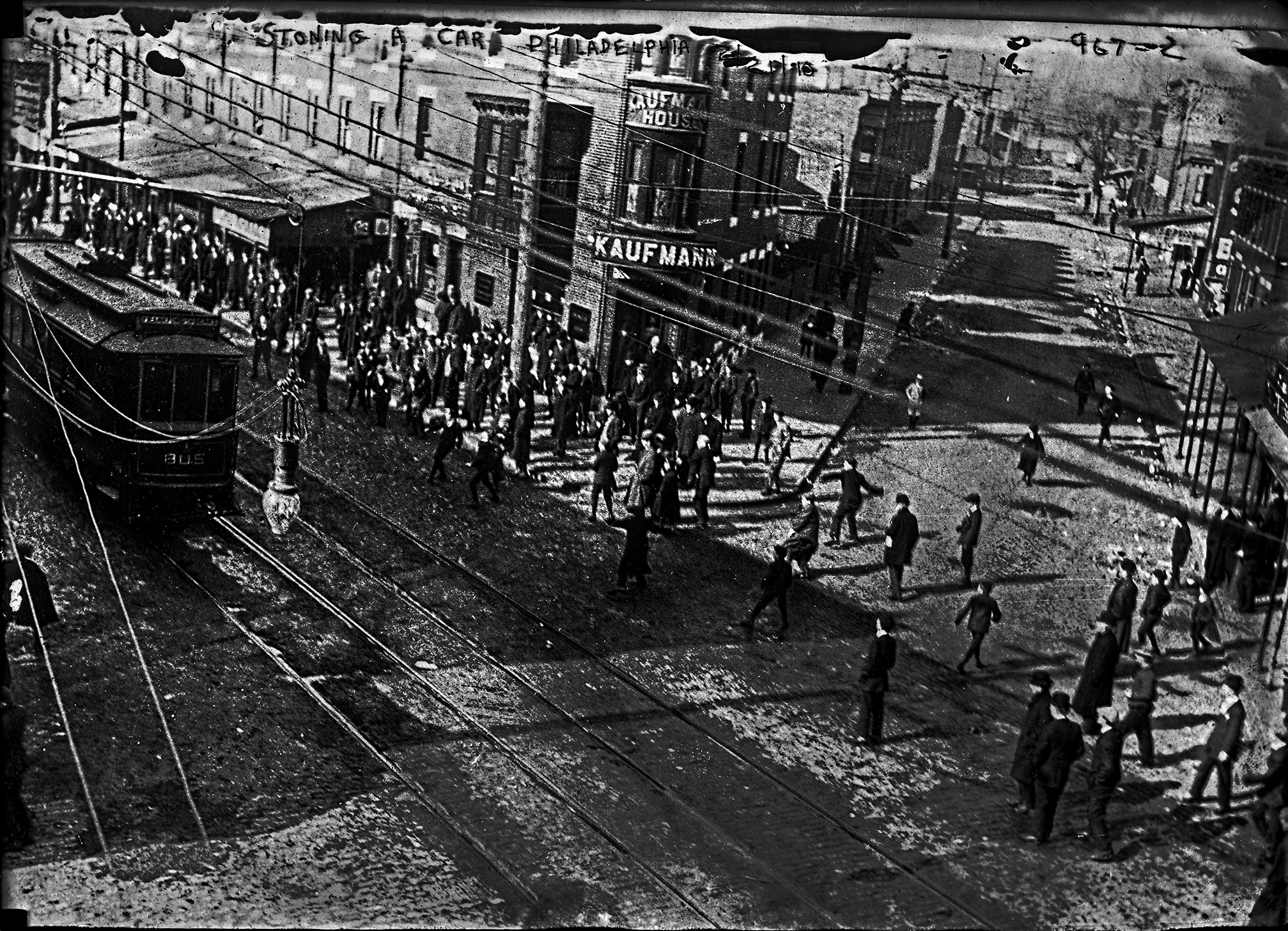 But intersecting with the axis along which virtue is to be read as an attribute of black letter’s typographic geometry stretches the image’s other axis: the one demarcated from its virtuous civic axis by a building labeled “Kaufmann House.” If the name “Kaufmann House” is read as a string of words, its significance has been lost to the history depicted within this picture. Here within the picture, the three syllables of “Kaufmann House” don’t become part of our comprehension in the way that the two syllables of “stoning” do. But what is comprehensible is the Kaufmann House triangle, generated within the image by the image’s own self-referring and self-enforcing laws of intersection and juncture. Before that triangle had a name (“Kaufmann House”), at the instant it drew itself into being on February 21, 1910, the geometry of the human along one of its extended sides was supplanted all the way back to the vanishing point by winter light, shadows lengthening and darkening in accordance with natural law, and a history of men and their labor recordable thenceforward only by Euclid.