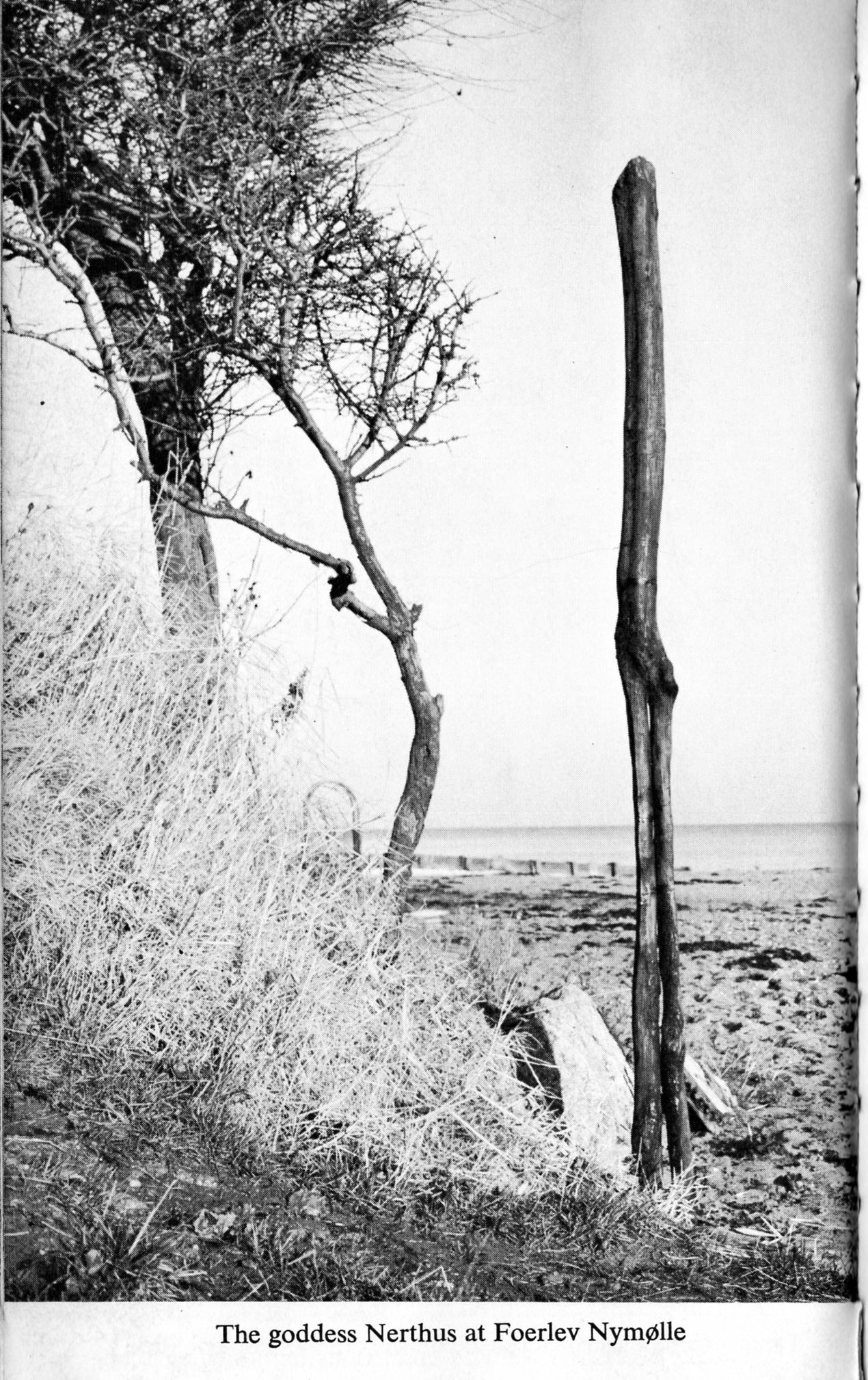 “In the summer of 1961 Harald Andersen uncovered at Foerlev Nymølle three sacrificial sites in the bog below the northern slope of the hill. . . . In one of these sites the stones were gathered up in a heap, and under this heap of stones lay a cloven oak-branch nine feet in length — the goddess herself. The branch in itself possessed natural ‘feminine’ form — suggesting a slender body, rounded hips and long legs and only the most distinctive features had been added by working or carving it. The sex was shown by a strong incision where the fork began. The roundness of the hips was emphasized by cutting back the upper parts of the legs at both sides. Head, arms and feet were all lacking, and it is perhaps just because of this that the female character of the figure is so apparent.”

The angels keep their ancient places;
Turn but a stone and start a wing!
’Tis ye, ’tis your estrangèd faces
That miss the many-splendored thing.

— Francis Thompson, “The Kingdom of God”