1, the text: Emily Dickinson’s “Bloom opon the mountain stated,” poem 787 in the Franklin edition, is accessible online, in manuscript facsimile and in diplomatic transcript, at the Emily Dickinson Archive, http://www.edickinson.org/.

2, the textual history: thanks to R. W. Franklin’s chronological reordering of the manuscripts, we can now see that during the second half of 1863, when Dickinson wrote “Bloom opon the mountain,” she was thinking about the incommensurability between human language and the impassivity of the phenomenal world. From this period, three other poems that explore the theme are Fr768, “The mountains grow unnoticed”; Fr776, “Drama’s vitallest expression”; and that deep exploration of the void, Fr778, “Four trees opon a solitary acre.”

For stanza 1, the 1844 dictionary that Dickinson used (online at the Dickinson Archive) defines “stated” (line 1) as “Established; fixed; non-fluctuating; regularly occurring.” This may mean that the mountain and the sunset obey a natural law that has no concern for such merely human contingencies as emotion or (more generally) life itself. I suppose Dickinson could have been influenced in that idea by Tennyson’s In Memoriam, Clough’s Dipsychus, or any number of other anguished midcentury texts.  At least one more of the poems from this 1863 group, Fr780, “The birds reported from the south,” may also allude (as Cristanne Miller says) to the vast silent grief that come flooding northward to Amherst from the battlefields of the Civil War. But Dickinson was already exploring the silent void beyond words two years earlier, in Fr259, “A clock stopped.”

In “Bloom opon the mountain,” then, I read the beginning of stanza 2, “Seed had I,” as a subjunctive: “If I had seed.” If the poet had words, she might think of bringing them to the mountain for the tilling/telling. But on the mountain, words cannot be uttered. As in “A clock stopped,” the phenomenal replies to any human proposition only with a monosyllable from which any possible meaning in human terms (Dickinson’s precise term is “concern”) has been drained. In the emptied interiority that remains, the word “concern” has been so completely freed from the strictures of what used to be meaning that it now plays a game with its own combining form. In the absence of anything else to do, concern bats syntax back and forth with “cool – concernless No,” and the score is never anything but zero.

Advised by “A clock stopped” to read concernlessly, I read stanza 3 of “Bloom opon the mountain” as beginning with an implicit “However.” She who brings her seed to the mountain in a poet’s effort to endow the day with a light of her own will only go to zero herself. For its part, the mountain, having effected the annihilation of the lightbearer’s seed, will continue passing, unhearing and unchangeable, on its route through time toward the stated moment when bloom goes dark everywhere. 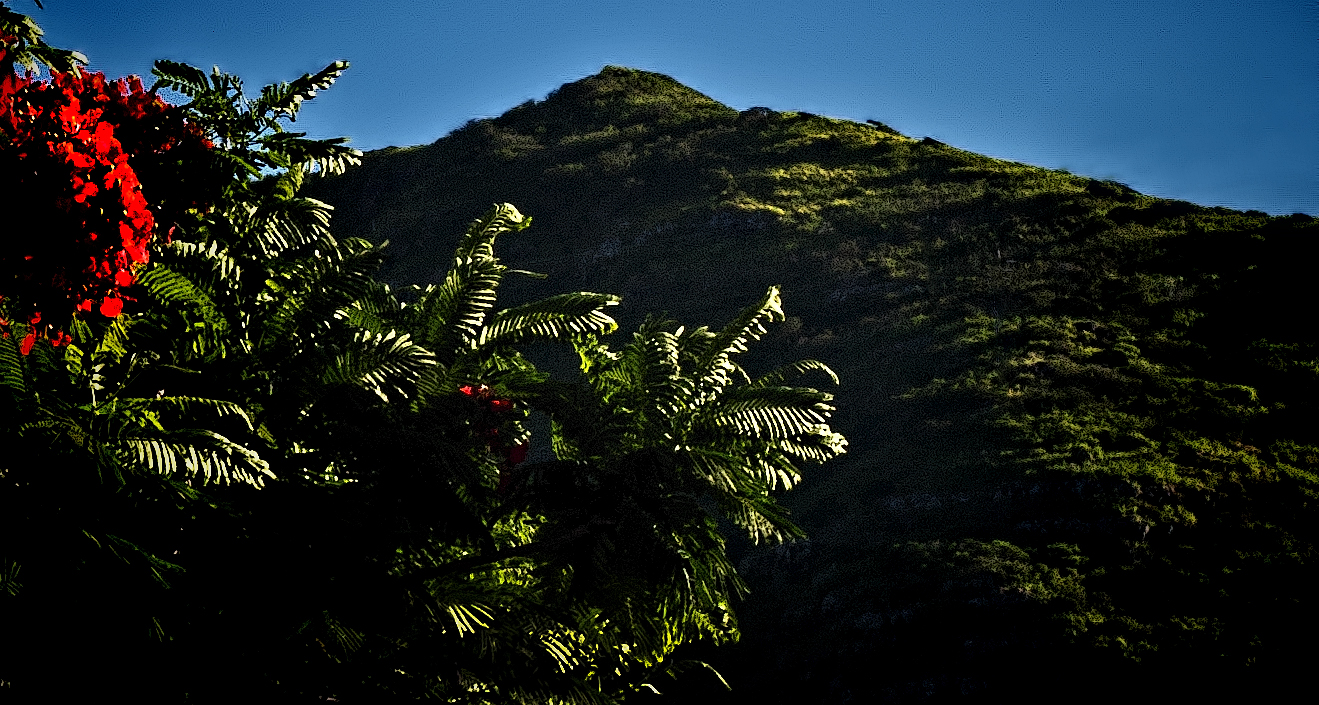